You are here: Home / About Us 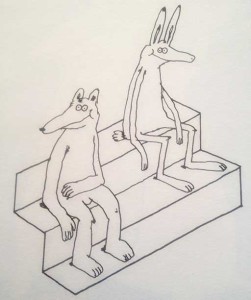 Feral Cooks was developed by Philip and Karl, two foodies who were introduced to each other by their wives while living in Japan. During their five years in the country, their appreciation of the culinary arts only magnified as they learned about Japanese cooking and the painstaking effort that chefs put into their art.

Philip withdrew from the blog a few years ago because of work-related time constraints. It was a loss to the site because, as a former professionally-trained chef, he was far and away a better cook. Now I run the blog with input from guest cooks from time to time.

The first thing I’d want you to consider when making a recipe are the three tenets of good cooking:

1) Use the freshest ingredients available to you.
2) Buy high-quality ingredients whenever possible–your recipes will be more flavorful.
3) Be courageous in the kitchen. If a recipe looks complicated, think of it as a challenge. You may just surprise yourself.

Though its roots are in Japan, Feral Cooks is not only about Japanese food. Not even close! Feral Cooks pursue a wide variety of culinary interests, many of which are grounded in a passion for Asian cooking, particularly Indonesian, Thai and Japanese. What they are not, is tame.

On a more mundane note, I’m an American IT guy who worked in Tokyo for many years. I now live in the US with my Japanese official food-taster and wife.

*Illustration of Karl and Philip is courtesy of Stefan Marx.