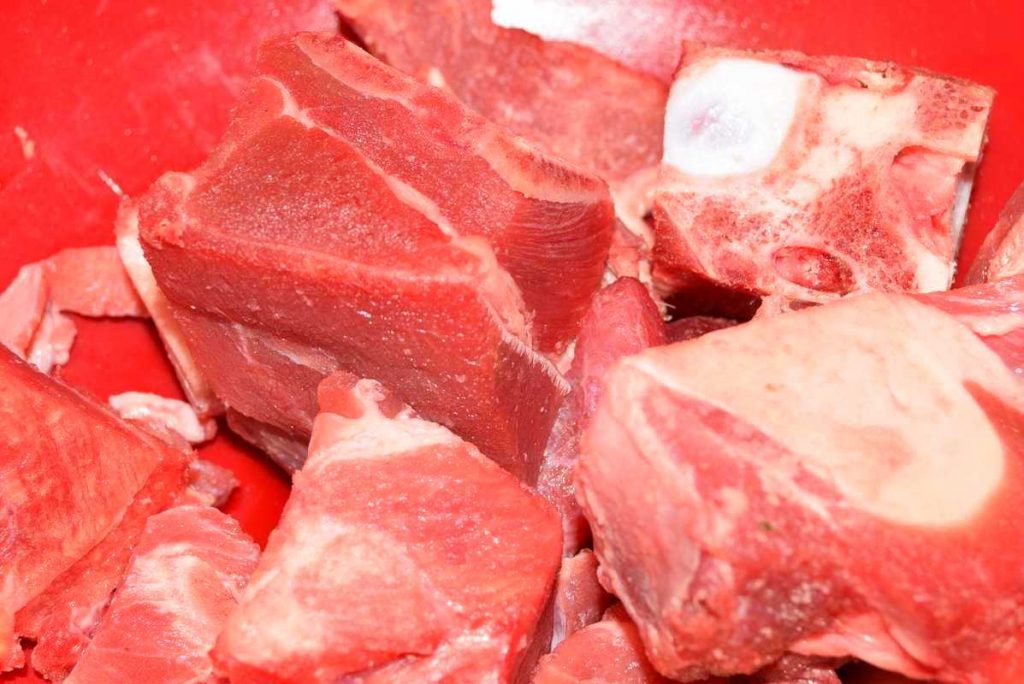 Goat – The Other Red Meat.

We have a large Afro-Caribbean population in England. Most Americans think of Hugh Grant when I talk about Notting Hill. Ask most Londoners and they will say “Carnival!” While I can’t remember my mother ever cooking goat, I  have enjoyed the odd curry or two in the Afro-Caribbean communities of London.

My most recent goat meal was consumed for lunch at an Indian restaurant buffet. I was both surprised and delighted to see it there – largely untouched by the local population for whom the idea of consuming goat is entirely too much. I must admit to putting a sizable dent in the pan!

So, when I spied a package of frozen Australian goat in the supermarket – despite the fact that I thought it to be overpriced at about $8.00 per pound – I knew I had to have it. My only question was what to make with it – Jamaican or Indian. Of course, you , gentle-reader, already know my decision, but for a while there it was a real conundrum.

I have divided the meat into two, so the following recipe is smaller than most on the meat. However, I left the rest of the ingredients in the same amounts in order to produce plenty of gravy. While I still have a little over a pond of goat left for an Indian curry, you may want to use 2-3 lbs and feed 4-6 people. 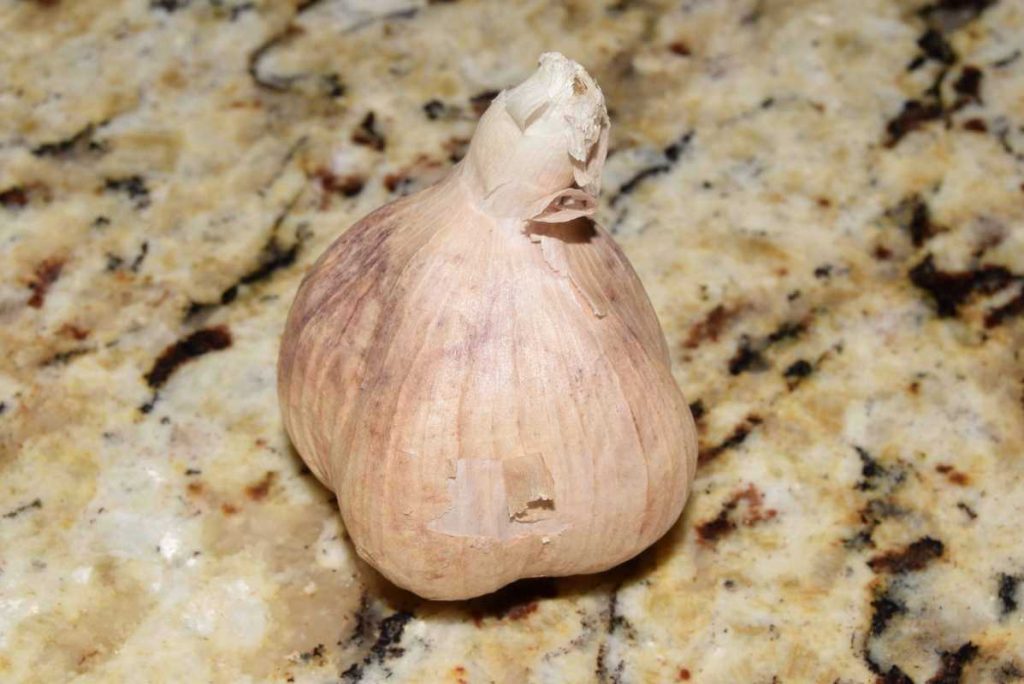 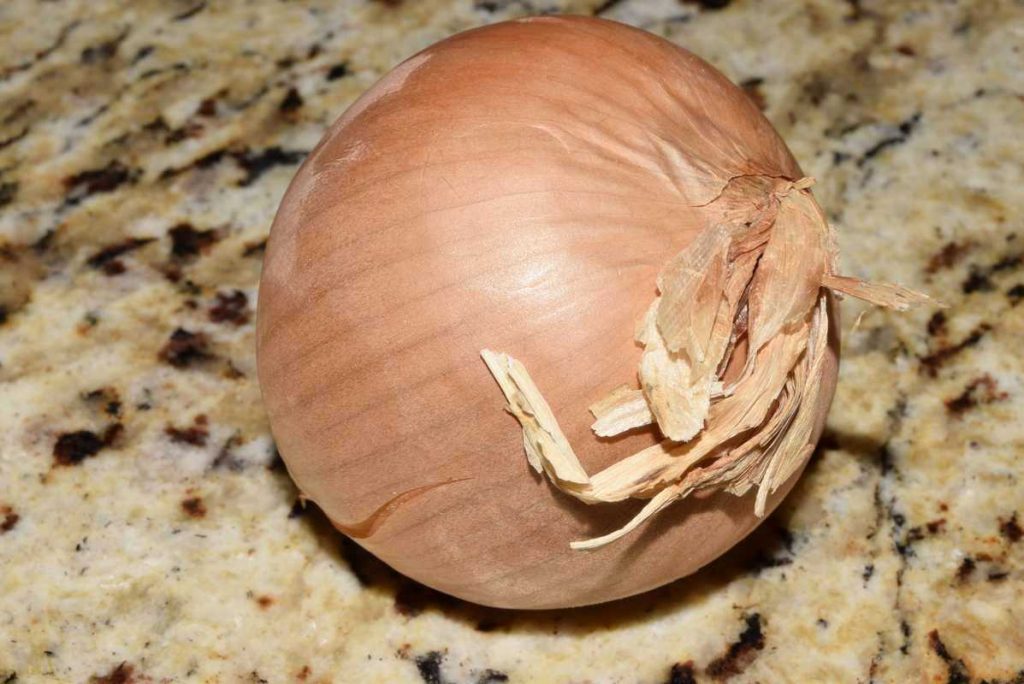 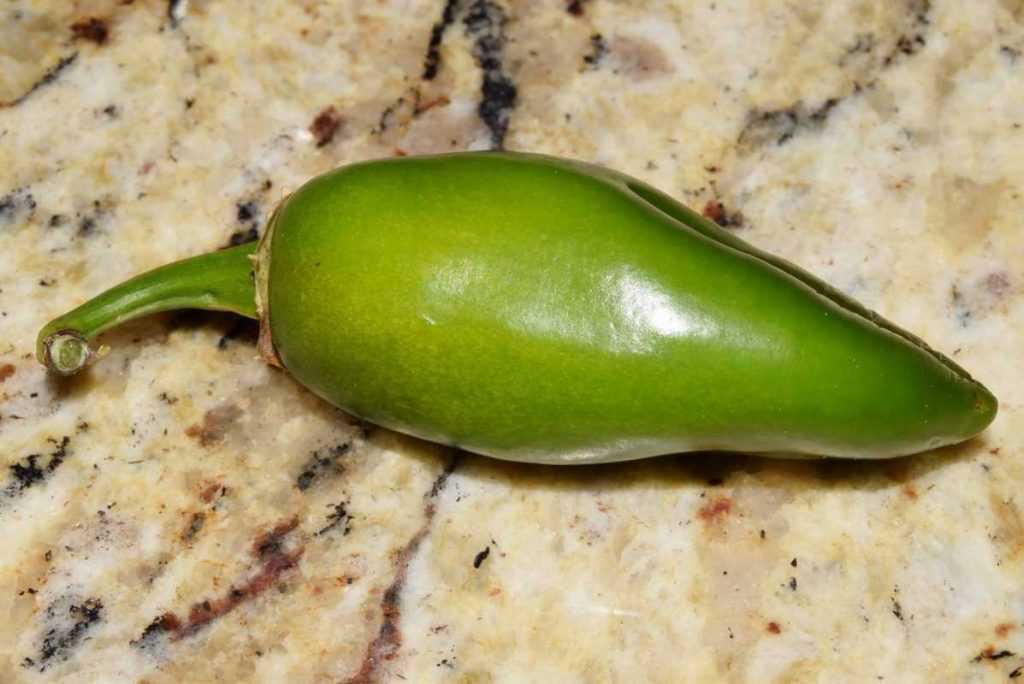 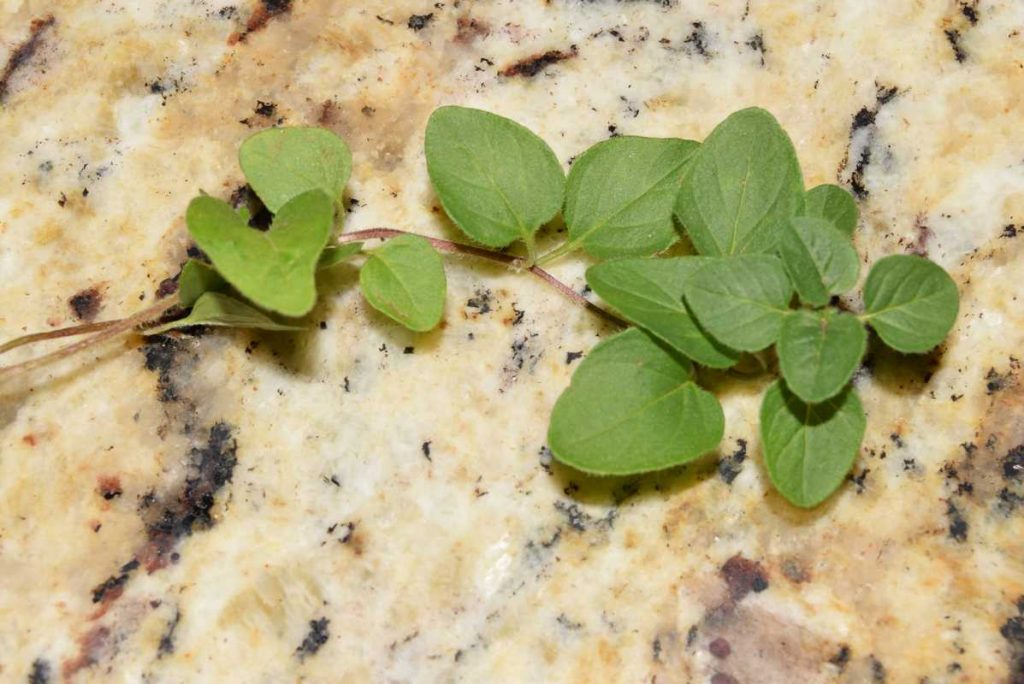 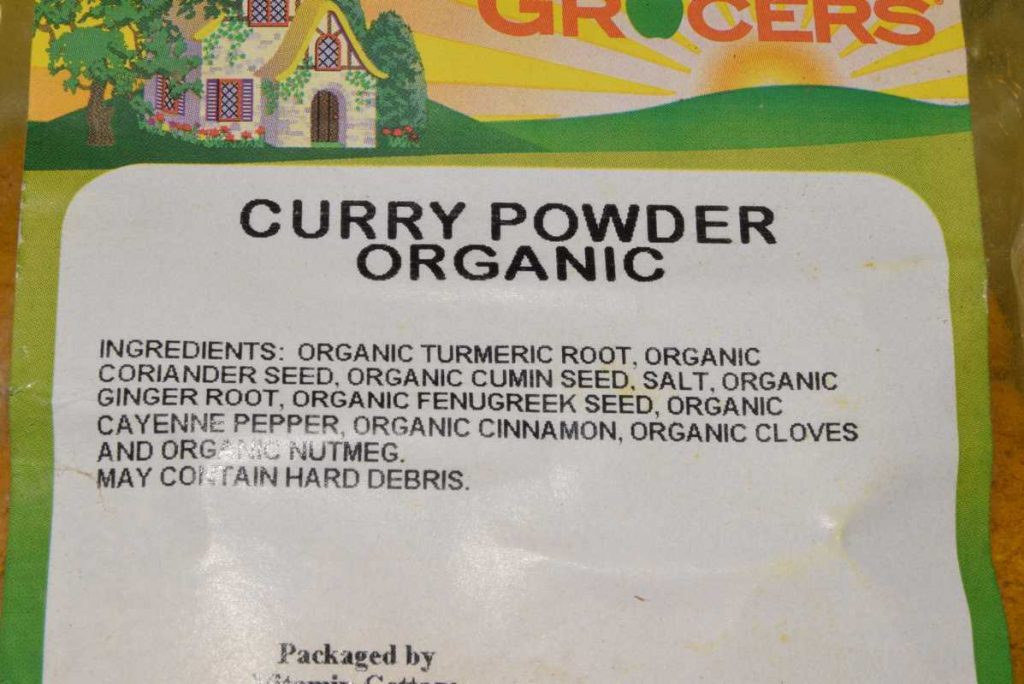 I raided the kitchen garden for the last Jalapeno of the year. The rest have already been used for seeds or frozen. The traditional Caribbean recipes calls for a Scotch Bonnet Pepper, which is a good deal hotter than a Jalapeno, but you can vary the heat to suit your tastes. Similarly, no self respecting Indian kitchen would be caught using “Curry Powder” which is a mix of spices traditionally used in the “curry” method. Curry Powder is to curry as Bird’s Instant is to custard. Google it, yanks! 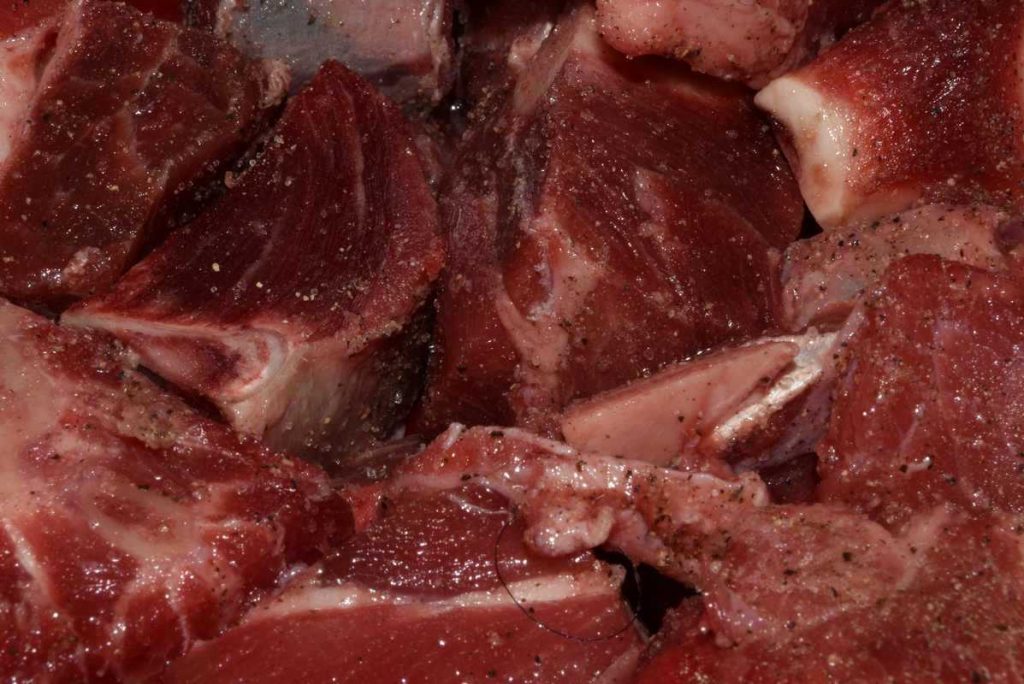 Season goat with, salt and pepper. Set aside.

I know that this would be a good pressure-cooker recipe, but I also know that some of you switch off when they see they recipe calls for a pressure cooker and – since the Jamaican method never uses one – I wanted to do this the old-fashioned way.  Use a nice heavy pot. It is going to bubble away for a couple of hours and the more consistent you keep the temperature, the less likely you are to let your curry ‘catch” or burn. 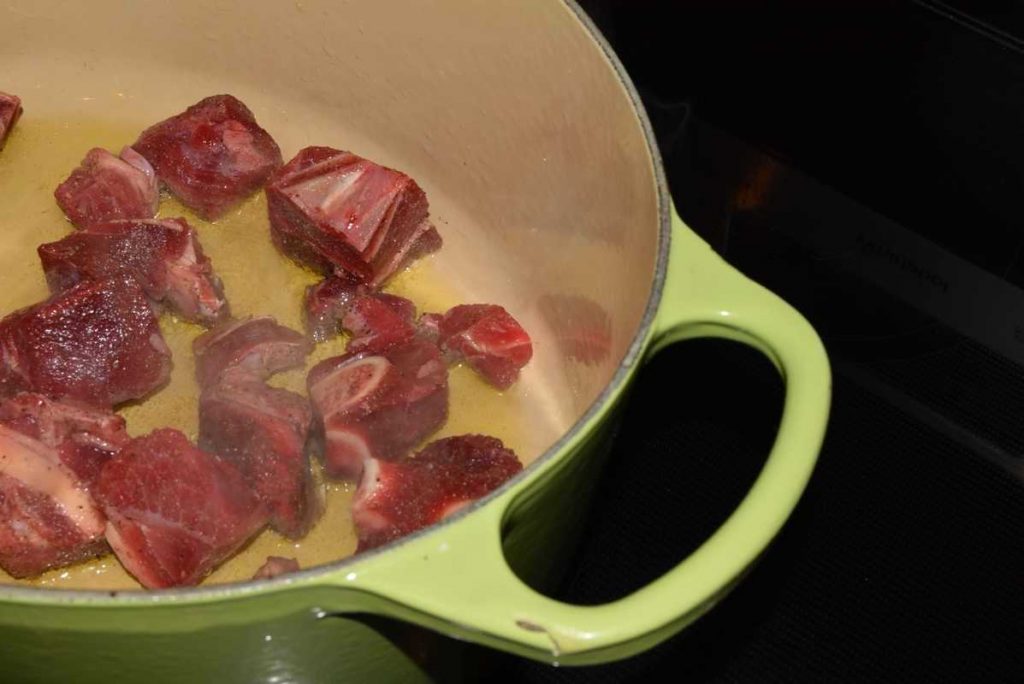 Heat EVOO over medium heat, until hot, and then add the goat, frequently  until the meat has browned. 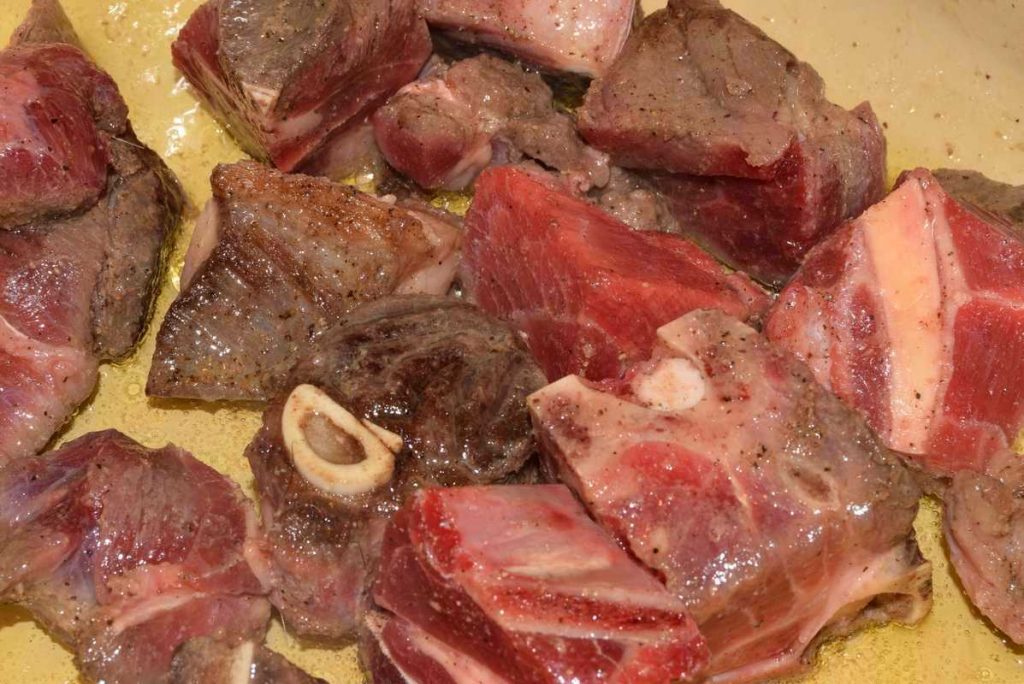 Do not worry about any accumulated brown protein in the bottom of the pan. You will be adding water later and then deglazing the pan. 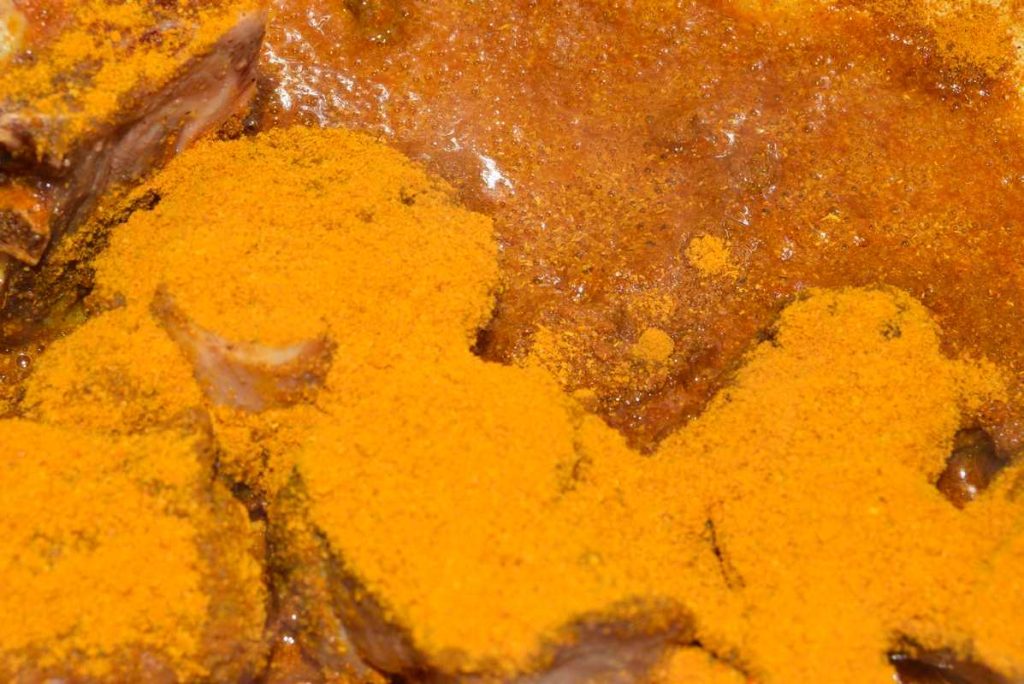 Then add the curry powder and stir-fry for a couple of minutes. Now this part is true of any time that you stir-fry spices. I once had a run-in while stir-frying crush chili-pepper flakes in oil that was way too hot. When you over heat spices, the obnoxious “heat” will get into the air and choke you out. Always start gentle and go easy when frying spices. Get this wrong just once and you will regret it! 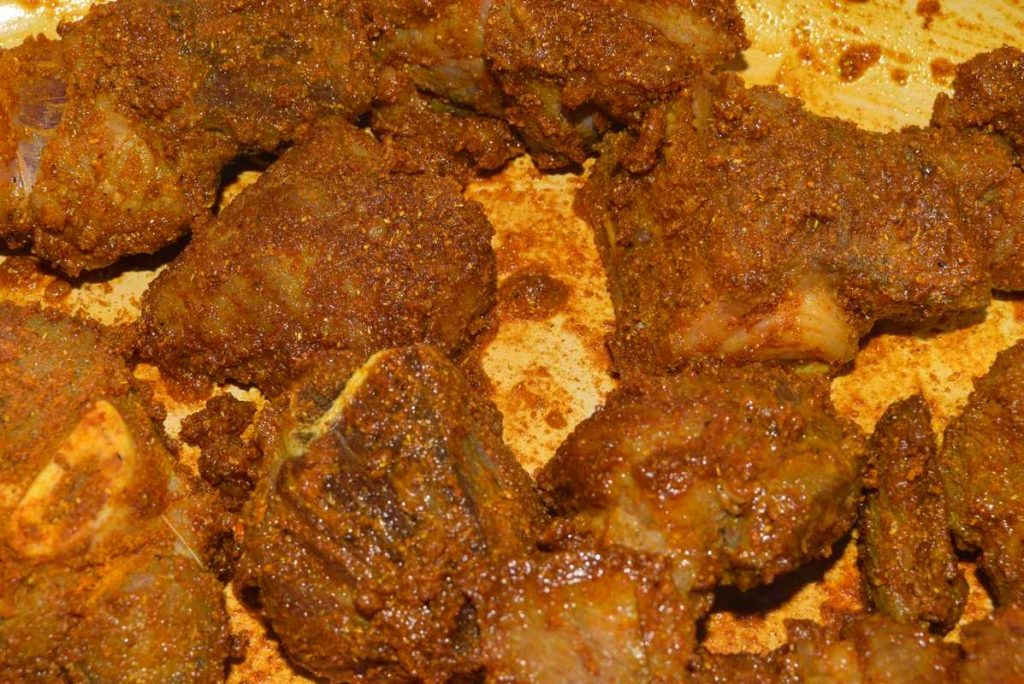 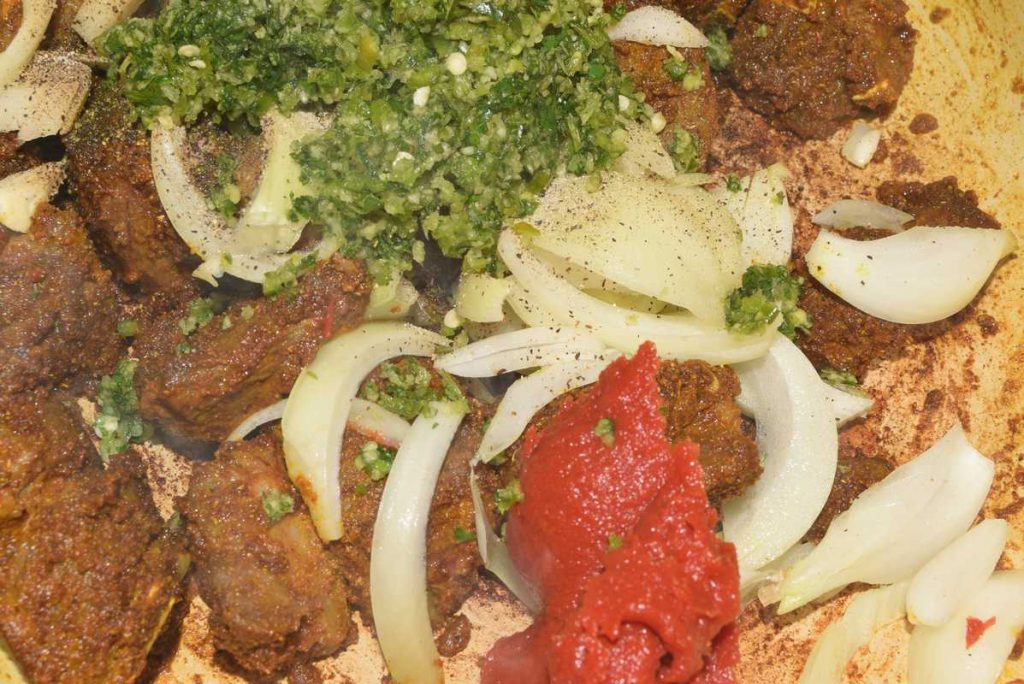 Add the garlic, pepper, onions, thyme, tomato paste, and jalapeno pepper, then stir for about a minute. 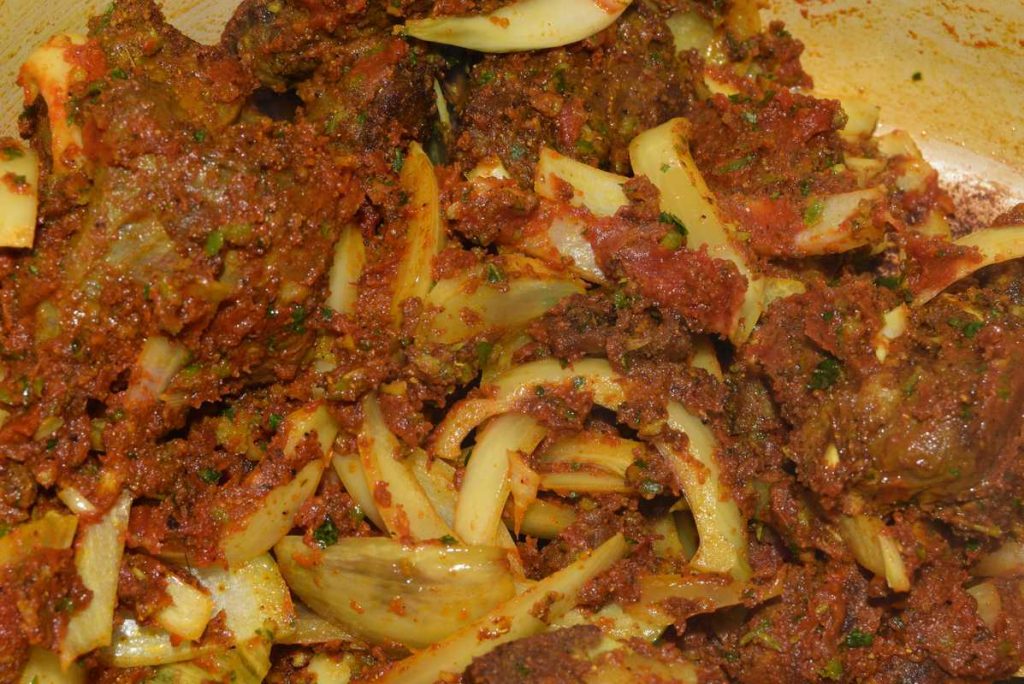 Then, pour in just enough water to cover the goat and bring to a boil. 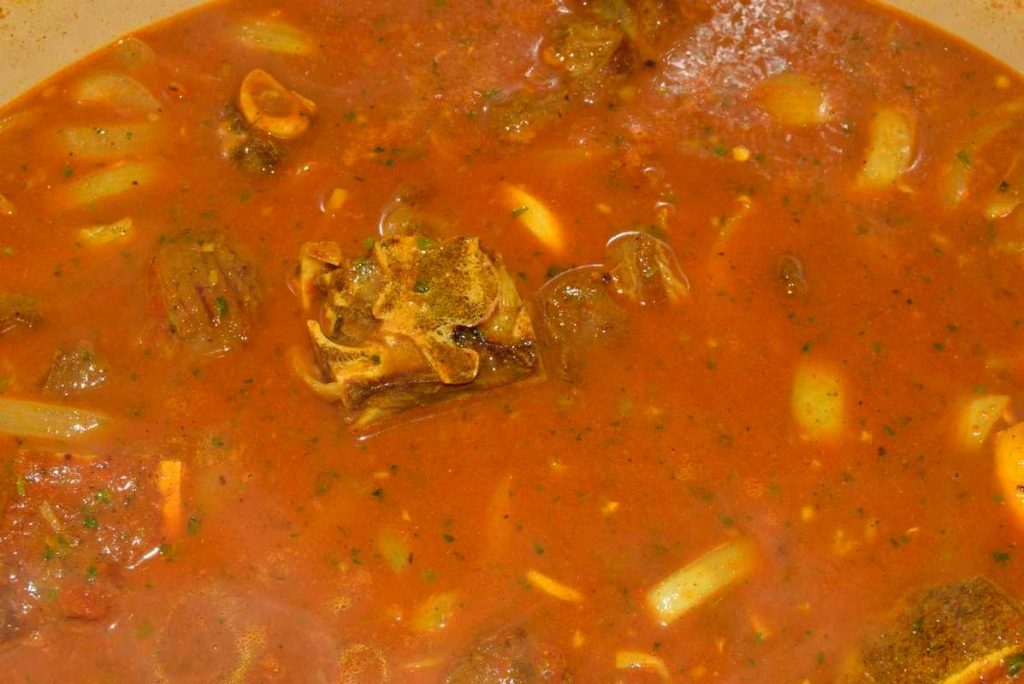 Simmer until the goat is tender. It is never going to be melt-in-your-mouth pot-roast tender, but it will be soft and chewy in about 2 hours or more. If you are not cooking to a deadline, this is the kind of meal that can bubble away into the evening and serve when the eaters are ready. Stir occasionally and add more water as needed. 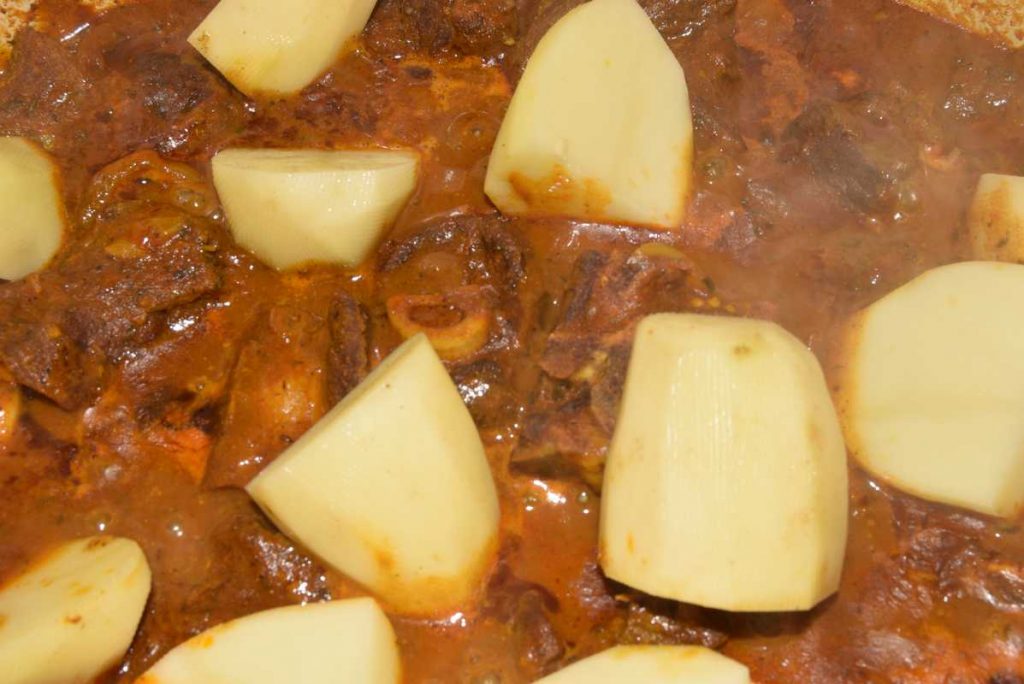 20 to 30 minutes before you are ready to eat, add the potatoes.

Make sure that there is just enough sauce/liquid to seat the potatoes. Add more water if necessary. Continue cooking until potatoes are tender. 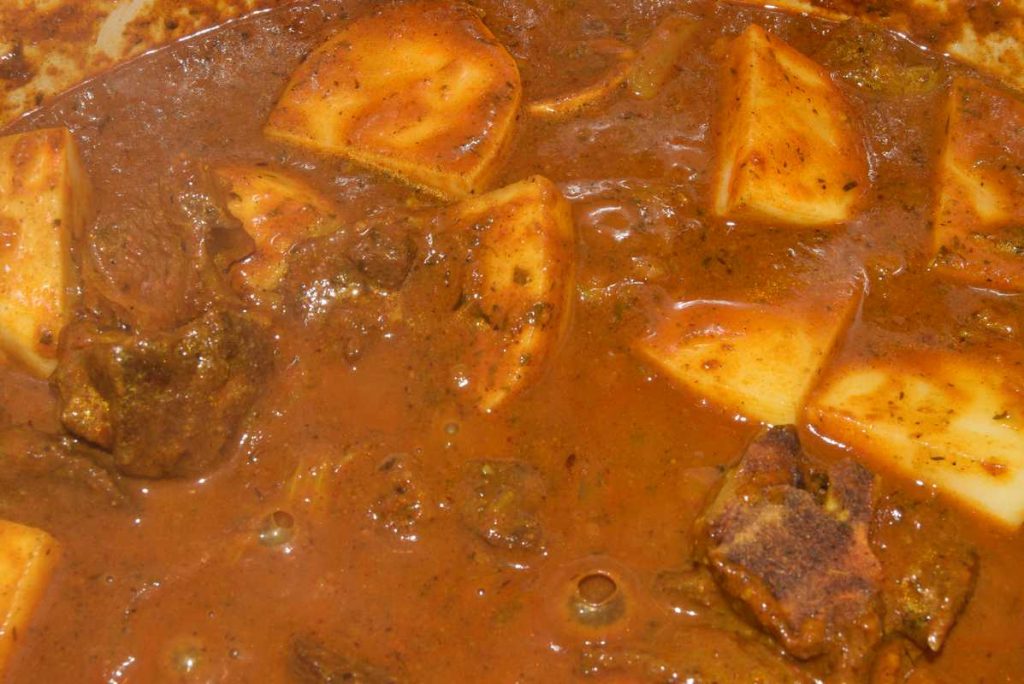 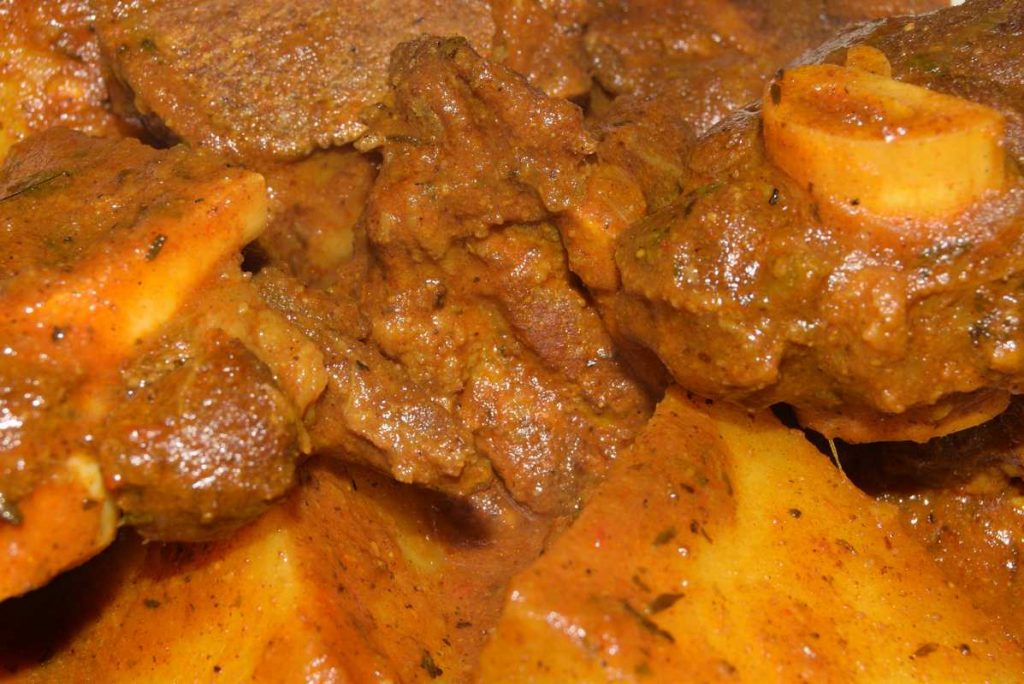 If you want really thick curry goat let the potatoes cook even more. 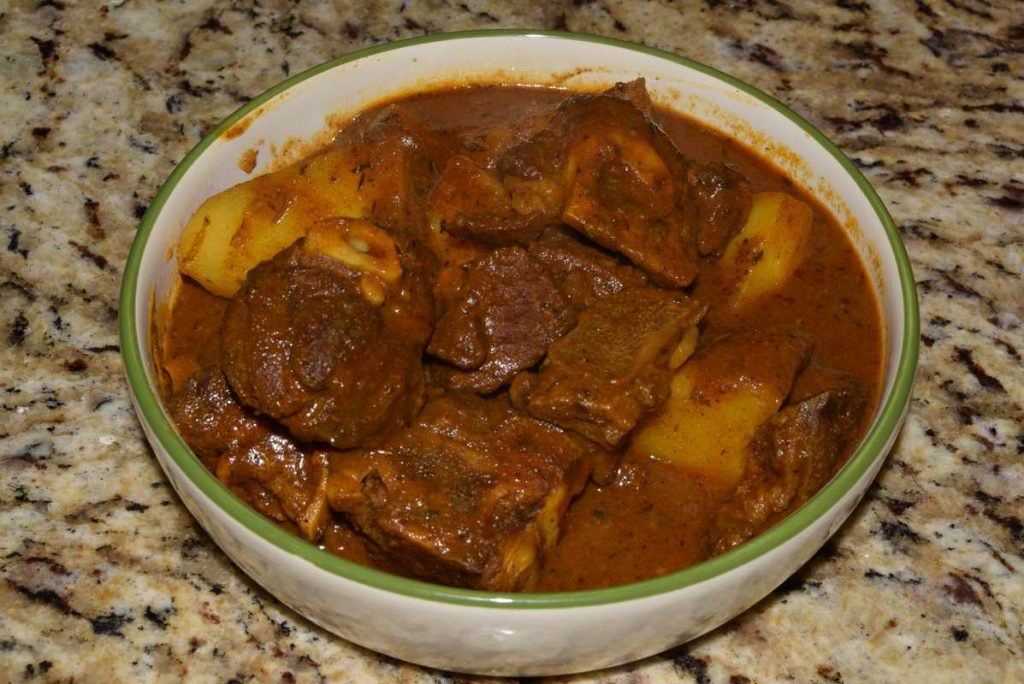