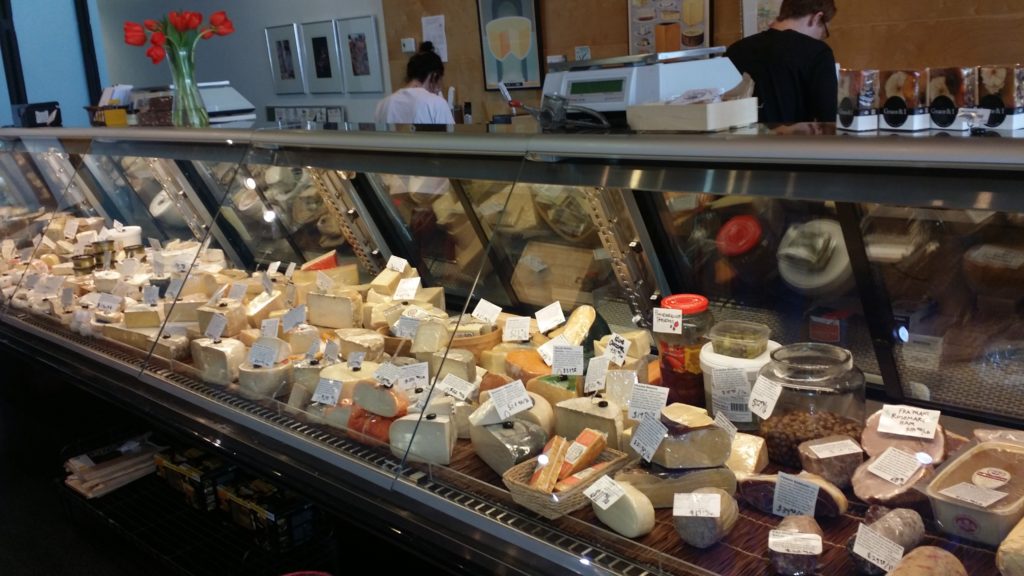 There are two things that I know about Karl. He sees the world through Rendang colored glasses. There is nothing that cannot be improved by adding coconut milk. The other thing I learned about him is that he loves good cheeses.

I grew up in a country that makes some of the finest cheese in the world. Like Rodney Dangerfield, it gets no respect. We concede cheese to the French every time, but the truth is, let the French have their soft cheese and the Italians have their hard cheeses – the Brits do semi-hard cheese like no one else. Who doesn’t like a good sharp Cheddar, Red Leicester or Double Gloucester? I would be delighted if you, dear reader, were to argue the angle that these are actually hard cheeses (you would probably be in the majority), but i don’t want to put these fine cheeses in the same category as Parmesan! I certainly do not want to miss that finest of English cheese, Stilton. Somewhere in the background, the national anthem plays every time that someone says “Stilton.”

In recent years there has been a movement towards natural soft cheese which utilize unpasteurized milk. This was a pleasant surprise to an ex-pat foodie like me:

I grew up in a world where the wet fish shop (fishmongers) was gradually going out of business. Cheese shops were a novelty and the butcher’s shop was being edged out by prepackaged meat in the supermarket. It was also a time when the barber shop was chased to near extinction. Happily, I am here to report that – in my college town – the male barber shop is making a comeback, the artisan butcher is alive and well and my local cheese shop is thriving. 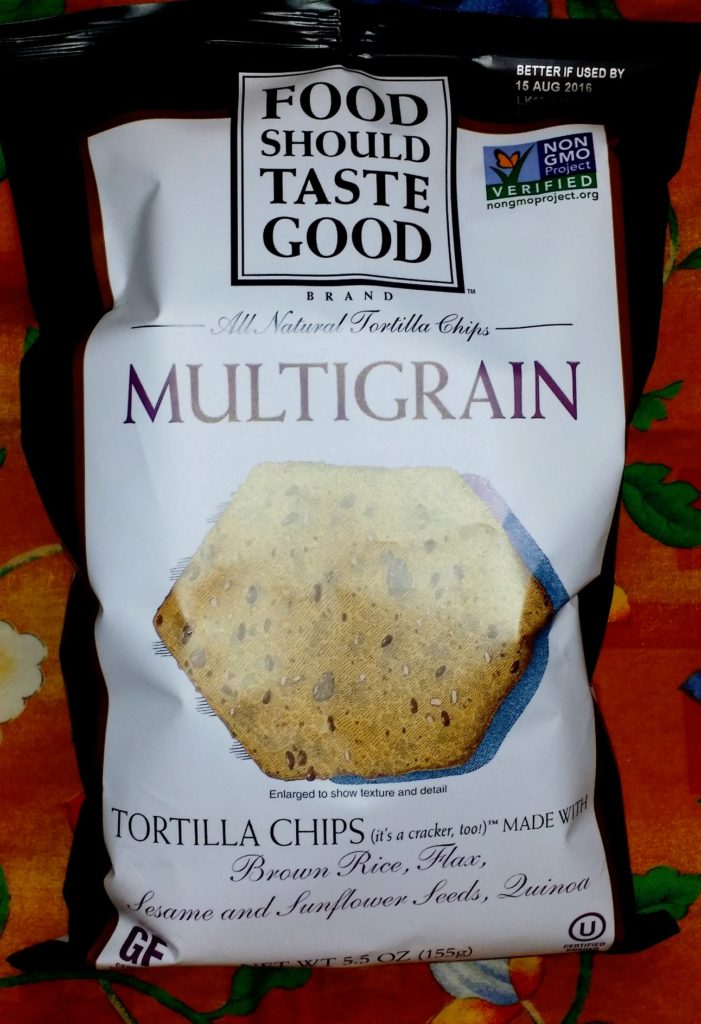 I make my living in the wild world of commission sales – real estate to be precise. The saying goes that in Real Estate you either dine on chicken or chicken bones. I have had my fair share of chicken bones and I have learned how to make pretty good soup and stock. Recently, however, the market has been good and my first stop was Forward Foods, my local cheese shop. You will see that, even when flush, I am pretty frugal. However, I rarely put down the kind of money that I did today. Similarly, I rarely have the exquisite experience that I had today.

The counter-staff at Forward foods are knowledgeable and friendly. When I described what I was looking for the assistant began telling me – almost verbatim – the following. 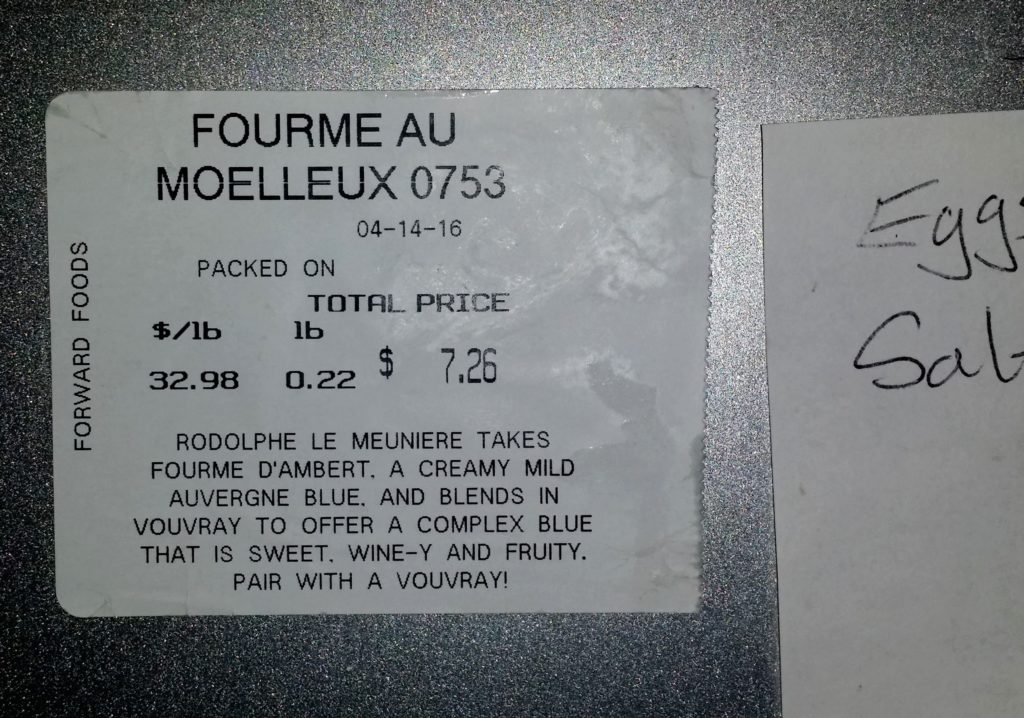 Now I am a man of the world.. been about a bit, if you know what I mean. I asked the assistant to stop. She cocked her head, almost like the Japanese do. Except, in this case, she wasn’t about to explain why what I asked was impossible to comprehend, merely she was trying to judge how much I knew and didn’t know so that she could fill me in. The first thing that she did was to offer me a sample. It was delicious, even while still cold from the display case. Vouvray is a sweet white wine? Huh, I did not know that. I didn’t feel shame or that I didn’t belong. What I felt was eager to go home and unpack my cheese so that it could come up to room temperature.

It was a fabulous experience. Complex flavors, creamy, winey and smooth with a bold blue mold that you would expect from a blue cheese. Karl asked me if it was one of the best food experiences of my life. No question… and there are plenty more where that came from. 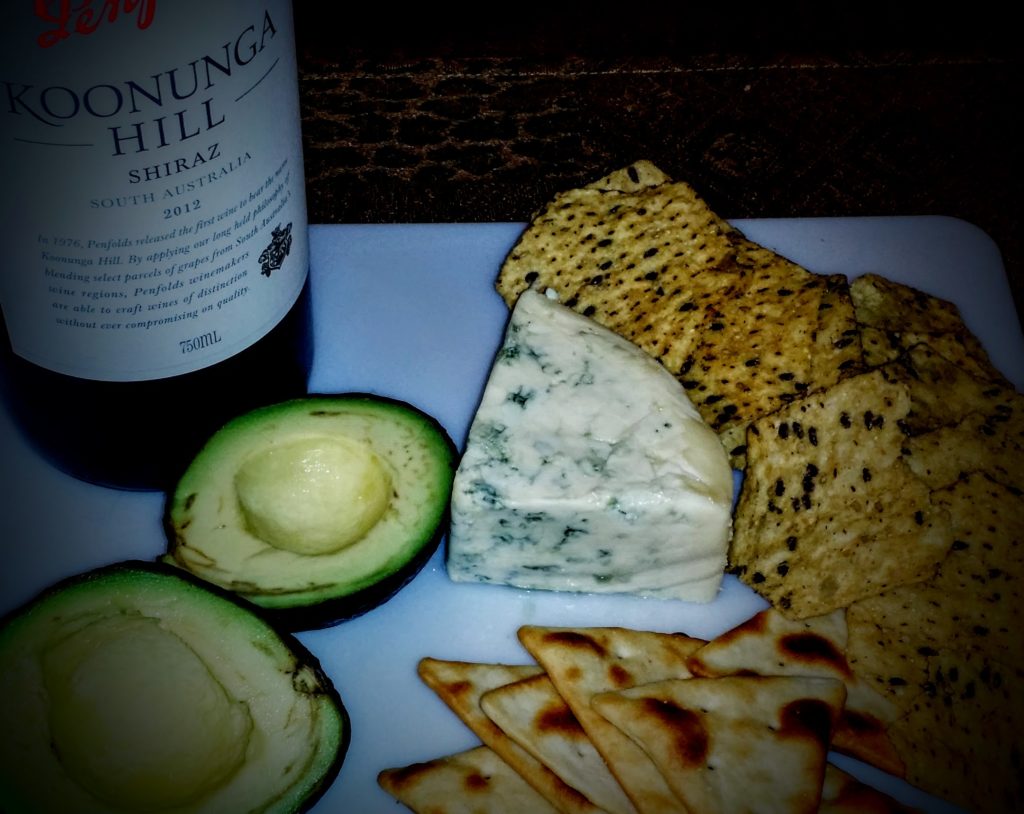