You are here: Home / Cooking tools / Sous Vide – Be Nice To Your Mother 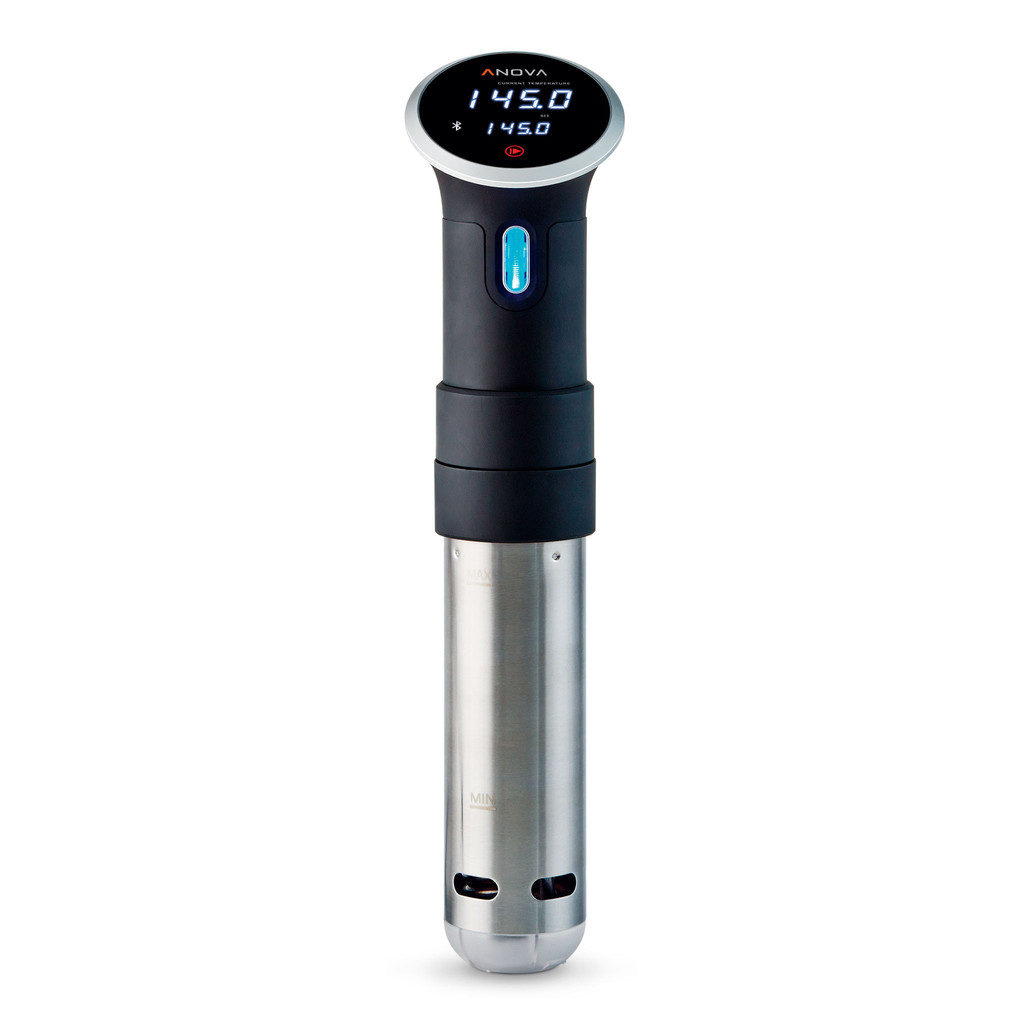 Karl and I are both fans of sous vide, the french cooking system that can best be understood as “Boil-In-The-Bag”, but misses the point entirely when you express it that way. Literally, “Cooked In Vacuum”, sous vide addresses a crucial, but rarely considered question – What are we doing when we cook protein?

So, take a lump of protein – any protein – and apply heat. Apply heat to the outside until you are able to get the desired result on the inside. There you have it, done! What you actually have is a caramelized outside – in the case of steak, think about that yummy, sweet, browned and sometimes chewy outside. We have developed cooking times and tastes to account for this cooking method. There is no denying that the overcooked outside of the protein may well be the yummiest part.

However, lets think this through and you will see why sous vide is so appealing. So much so that it is an important part of any upscale restaurant’s arsenal.

The sous vide approach says this… What if we immerse the protein in water and cook the entire lump to the desired temperature of the middle? It needs to be placed in a bag (and here you need to consult your favorite scientist for the best, non-leaching, waterproof material bag) to prevent the protein from making soup instead of retaining it’s flavors and the water has to be at – and maintained at – the desired core temperature that you wish to achieve. That means controlling the temperature of the water precisely. The protein cannot – and this is a logical necessity – ever get hotter than the water it is submersed in. The protein is cooked to the perfect temperature all of the way through. It is then removed from the bag and flash sauted at high heat to caramelize the outside surface. The trick is to cook hot and quick so as to brown the outside but not cook the inside. High heat and fast! Karl is a big fan of cast-iron cookware and it is certainly a great way to finish off a lump of sous vide protein.

Good sous vide equipment costs about $400. But there is a cheaper way of achieving the desired temperature. Aussie cook-off show “My Kitchen rules” has its contestants using the stove-top and a good thermometer! However, there is a middle ground. The Anova Sous Vide Bluetooth Precision Cooker. It’s the one pictured at the beginning of this post. It works like an immersion blender, except that it circulates hot water at the precise temperature required. It normally retails for a little under $200. However, they are having a mother’s day sale and selling it for $129.  Run, folks, that is a bargain!