You are here: Home / Cooking tools / Tools of the Trade – Potato Ricer 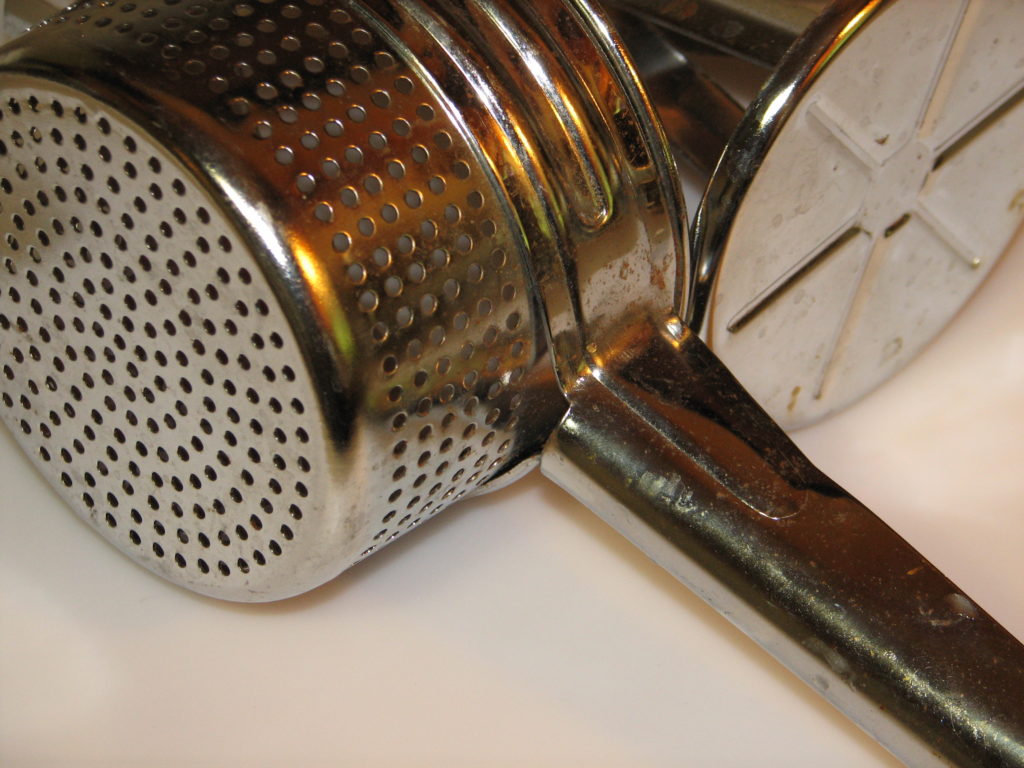 Extolling the virtues of the old-fashioned potato ricer!

My mother made mashed potatoes with a potato masher. I preferred to use an electric hand-mixer to produce what my former father-in-law would snearingly refer to as “whipped potatoes.” Of course, in all of this it was granny who knew best. She knew that there is no substitute for the potato ricer. I came to understand this universal truth rather late in life. However, as you will surely realize, it is now one of the most important tools in my culinary arsenal. 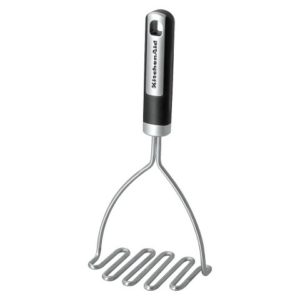 Resembling its diminutive cousin, the garlic press, the potato ricer is a mechanical tool that does one job and one job only. I am not a fan of multi-use gadgets. The more things it does, the more chance there is of something going wrong. People rarely use it like this, but the garlic press boasts that there is no need to take the papery skin off the clove before you press it – the garlic will press thru and the skin is left behind. Similarly, the ricer boast that there is no need to peel the potato, just boil and press, and the skin is left behind. Make sure that you have a robust ricer – and this is true whatever your cooking method – because a wimpy ricer will bend into uselessness if you apply too much pressure and wrestle with pressing the boiled skin. 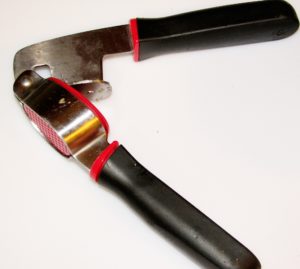 So why use a ricer? There is a school, let’s call them the “The Rustics” who feel that mashed potatoes should have a variable texture. Lumps are not a sign of a bad cook, but an indication that these are the real thing – genuine potatoes in all of their glory. There is much to be said for this position – especially when you consider that I grew up during a period in the 70’s when my mother was constantly mocked for wasting her time with the real thing when there were other options out there. Given the transition of women from the home to the workforce during the 70’s, I can’t say that I blame her for taking advantage of new, time-saving, products that would allow her to take on her new double role as both worker bee and homemaker.

However, I prefer the uniform smoothness that a ricer gives, added control over the “stiffness” of the potatoes (I like ’em really firm so that I can make Bubble & Squeak” the next day – Google it!) and the ability to transform the humble Russet into magical pillows of fluffy delight that would make the price of the ricer worthwhile, even if it didn’t make great mash!

What can it be, this dish of mystical wonderfulness of which I speak? Why homemade gnocchi, of course! I am cooking some this week and will link my post to this one. 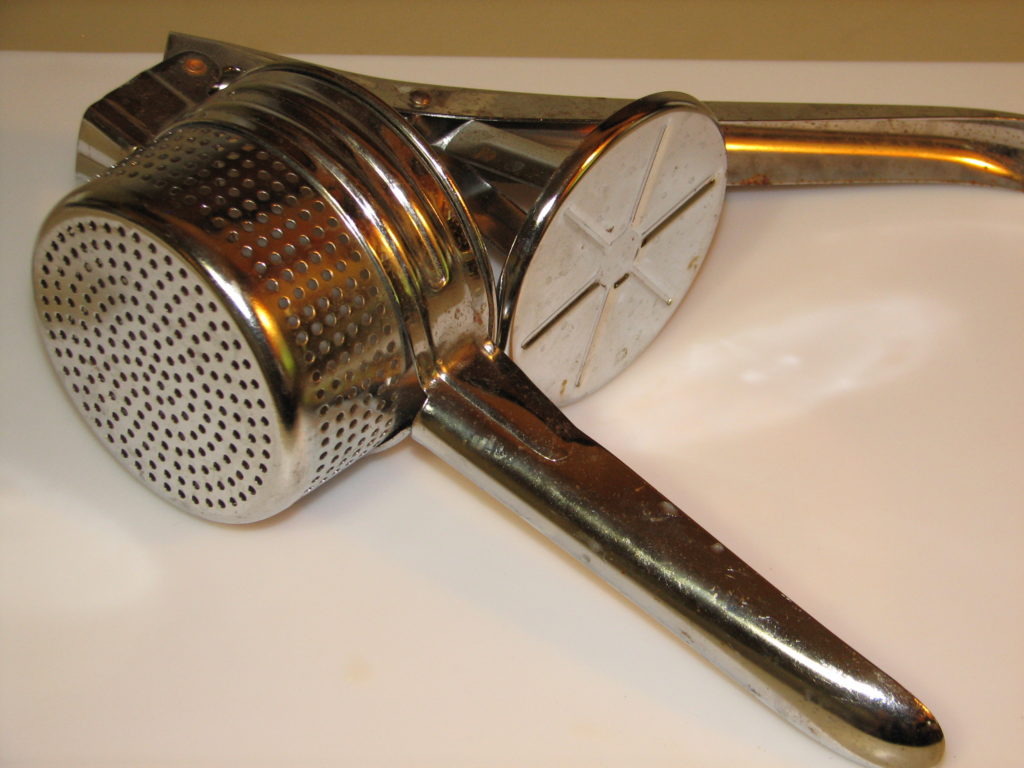