You are here: Home / Baked goods / Buttermilk Biscuits (without the Buttermilk) 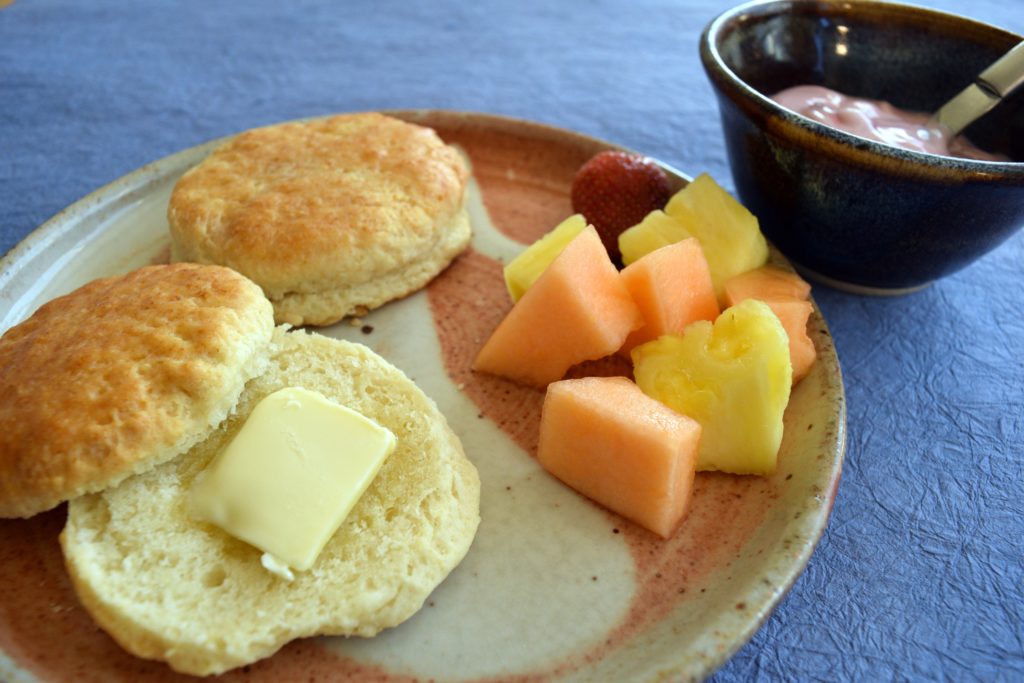 I bought a new camera, but I’m still a terrible photographer. Working on it.

My love of biscuits was most likely started by McDonalds. It’s shameful to admit, but I love their sausage biscuits, even though I haven’t had one in a few years. By the way, one sausage biscuit has just about an entire day’s recommended amount of sodium and a crazy amount of fat—not healthful—hence, my moratorium on eating them.

I always wanted to make buttermilk biscuits, but many of the recipes I’ve seen call for an obscene amount of butter, which doesn’t really work for me. Then, a cooking friend gave me a cast-iron-baking magazine (called Cast Iron Baking, imagine that), and they had a good recipe that I can certainly live with.

But, you may be asking how I made these without buttermilk: that’s a story, in itself. While setting things up to begin making these, I noticed that the container for my powdered buttermilk said “refrigerate after opening.” Hmm. The opened can was in my pantry for the better part of a year, and everything seemed in order with it, but I do not take the slightest risk with food safety. I searched online for a definitive answer on whether it was safe to use or not, but information was all over the board. In the trash went the buttermilk powder.

My next search was for an alternative: and there are several. The most common workaround was adding 1T of lemon juice or vinegar to a cup of milk and letting it curdle. Most good bakers would know that, but I don’t fit into that category.

After all that, the biscuits were good, if not a little small. Next time I’ll use a larger-diameter cutter. I’ve also learned that biscuit flakiness comes from handling the dough as little and as gently as possible, and that if the biscuits are touching one another, they’ll rise more when cooking. See, I’m really not much of a baker, so if I can pull these off, it’s an easy recipe.

You can also go here for another good biscuit recipe. 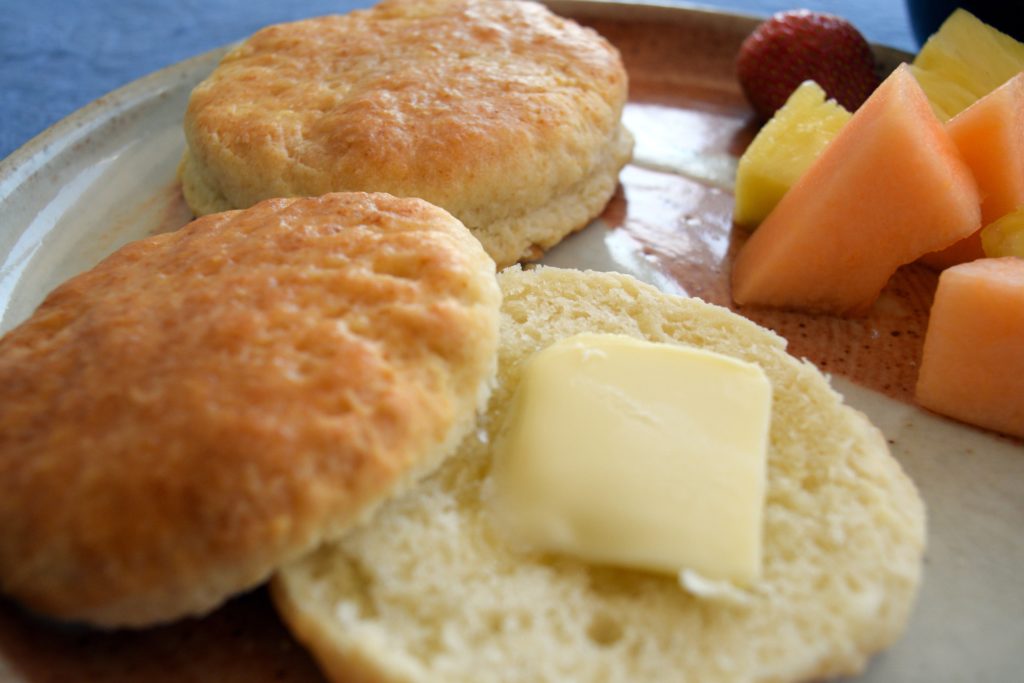 Heat your oven to 425 degrees.

Whisk together the flour, baking powder, salt and sugar in a large bowl. Add the cubed, cold butter and mix well (I used my hands) until the mixture is crumbly. Gradually add ¾ of the buttermilk (or fake) and mix until the dry ingredients are moistened. You can add the last ¼ of the buttermilk if the dough is still too dry.

Put the dough on a floured surface and knead it a few times (the dough, not the surface). Roll it to ¾ -inch thickness, and for reasons I don’t quite understand, fold the dough in half and re-roll it to the same thickness.

The recipe calls for using a 2.5-inch cutter to stamp out the biscuits, but I recommend something larger, for larger biscuits. Because, after all, you want them to be big enough to accommodate a sausage patty, for example.

Now here’s a bigger mystery: the recipe says to add the biscuits to a cast-iron fry pan and bake them in that, which I did. I had too many biscuits, though and used a regular baking pan for the remainder, and both finished batches were the same.

Anyway, bake them for about 15-17 minutes, then brush with butter.* They taste best warm, but they’re good cold, too.

* You could also brush the tops with milk to brown the tops more. I think. 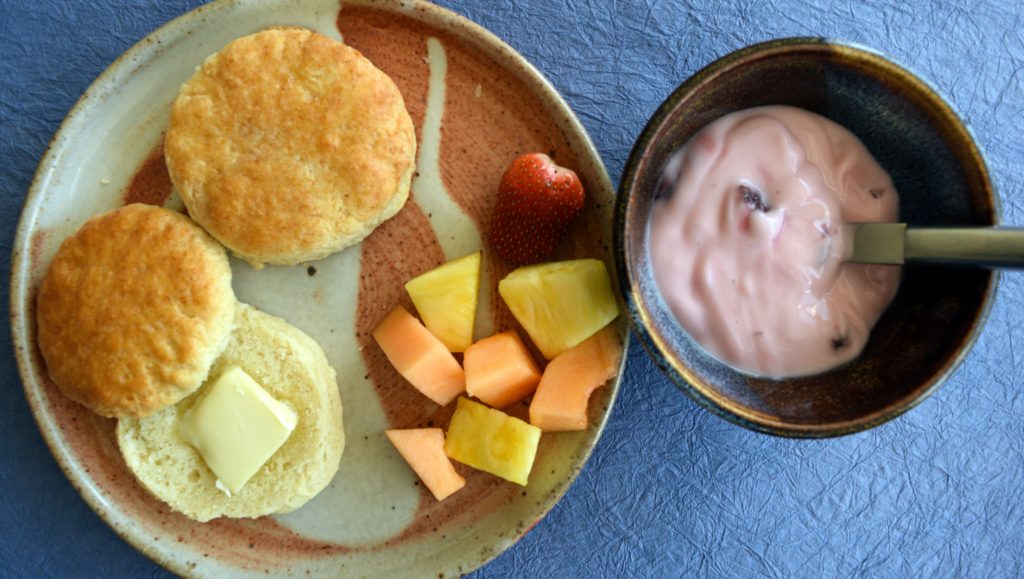