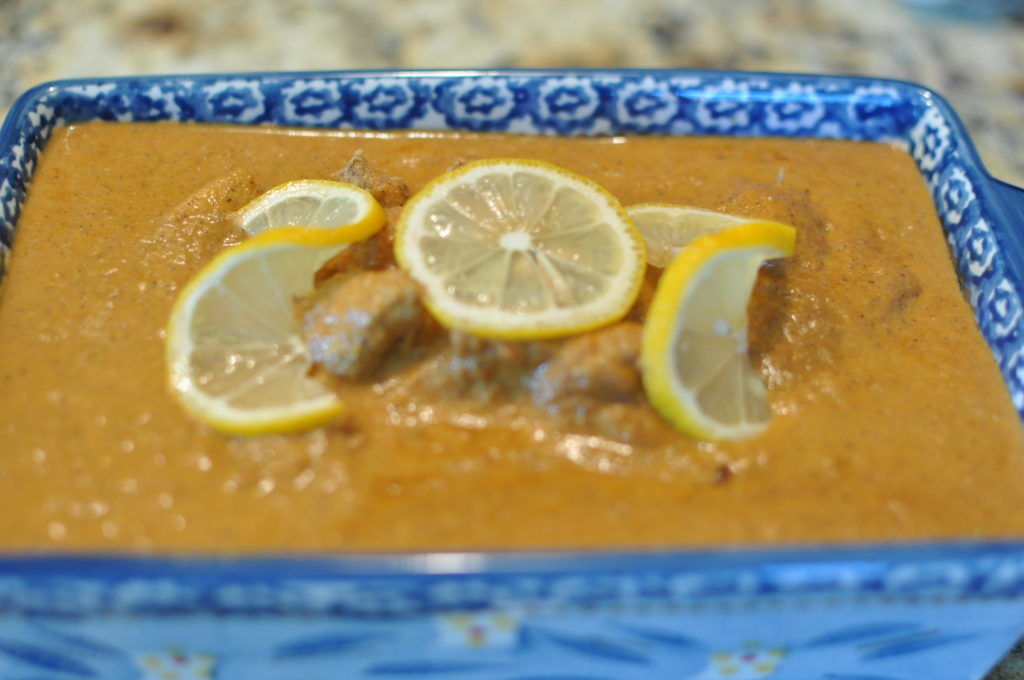 Rather like its Chinese-American counterpart, Chop Suey, there is no such thing as Chicken Tikka Masala. It is a recipe which was invented in England as a way to re-serve left over Tandoori Chicken. It is now the most popular dish in English Indian restaurants! 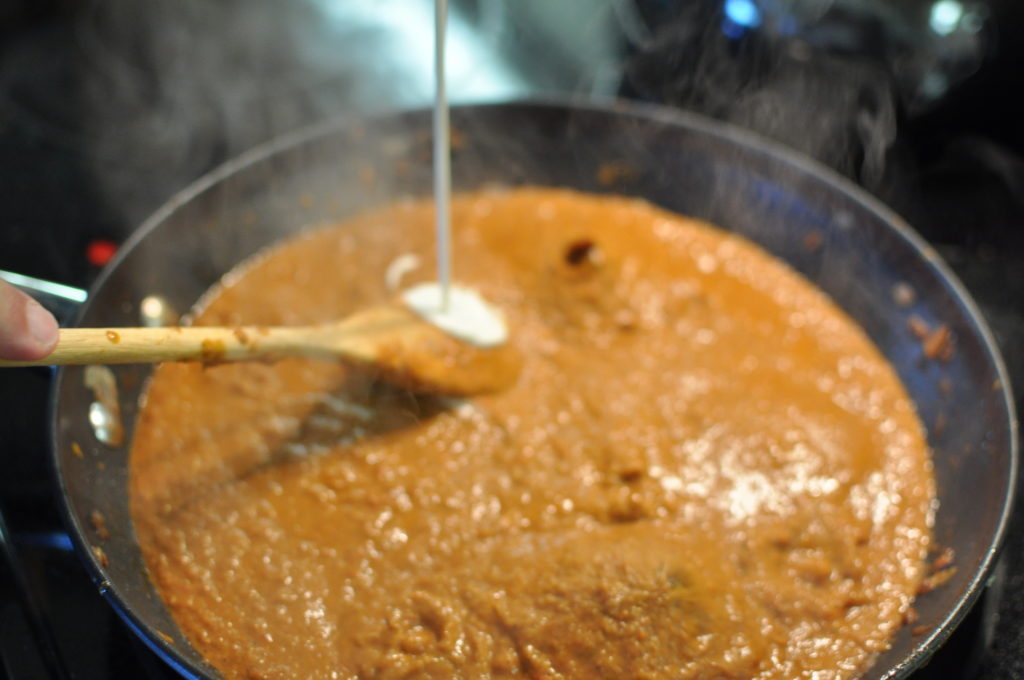 It should come as no surprise that the recipe comes in two halves. The first is a recreation of tandoori chicken. The second is a quick sauce in which you could reheat leftover tandoori chicken. Together they form Chicken Tikka Masala.

First the chicken is cut and placed in a yogurt marinade. 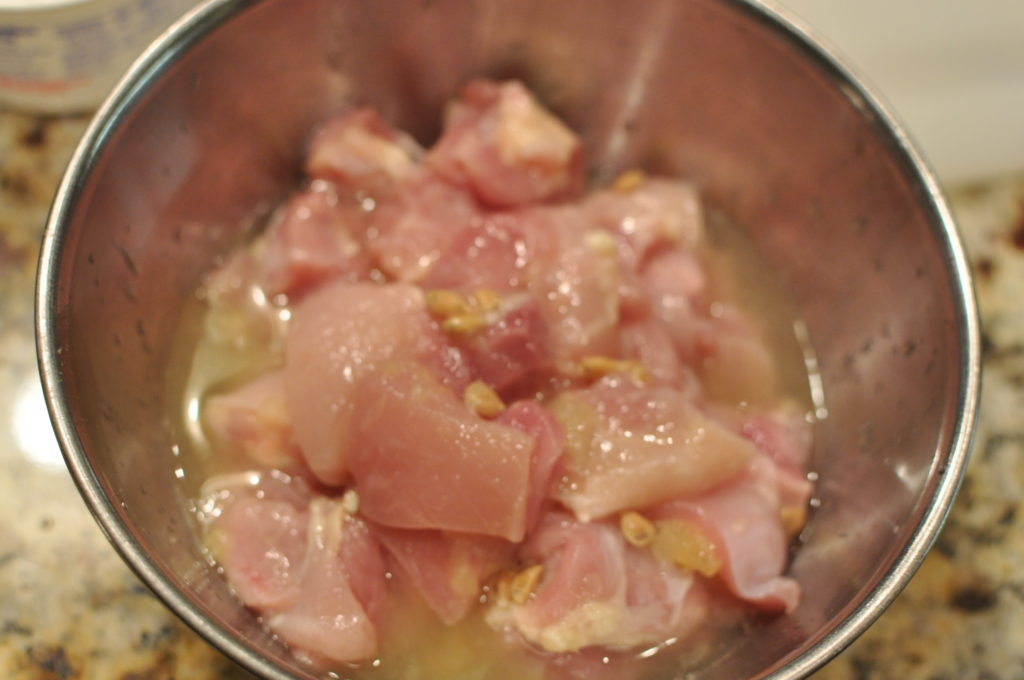 Salt about 1 lb of bite-sized pieces of chicken (I use thighs) and place in 1 tablespoon of lemon juice. 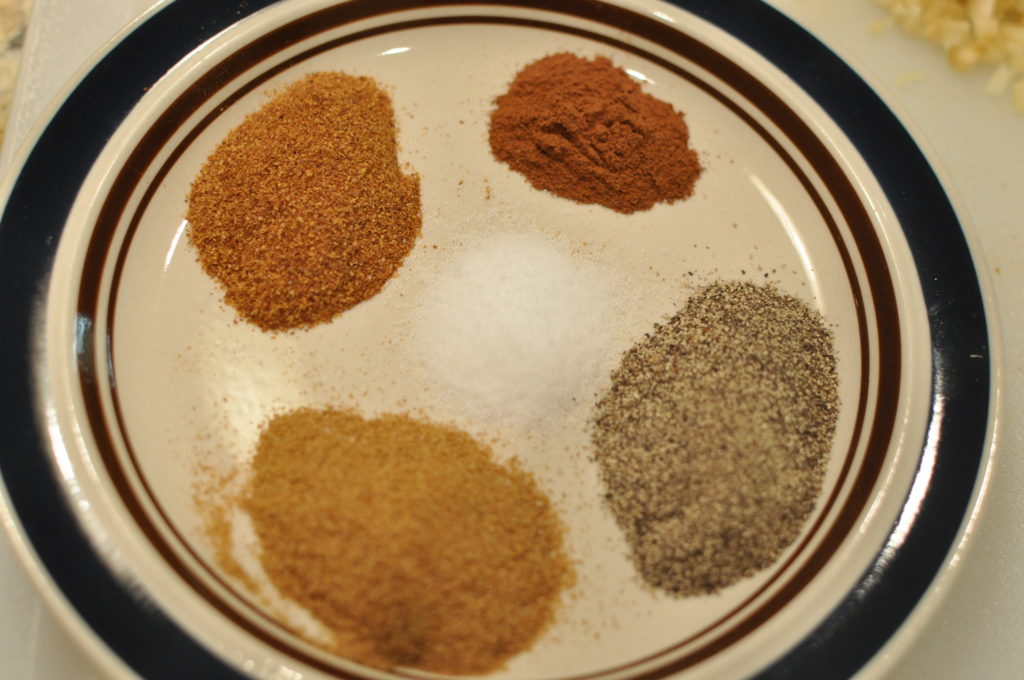 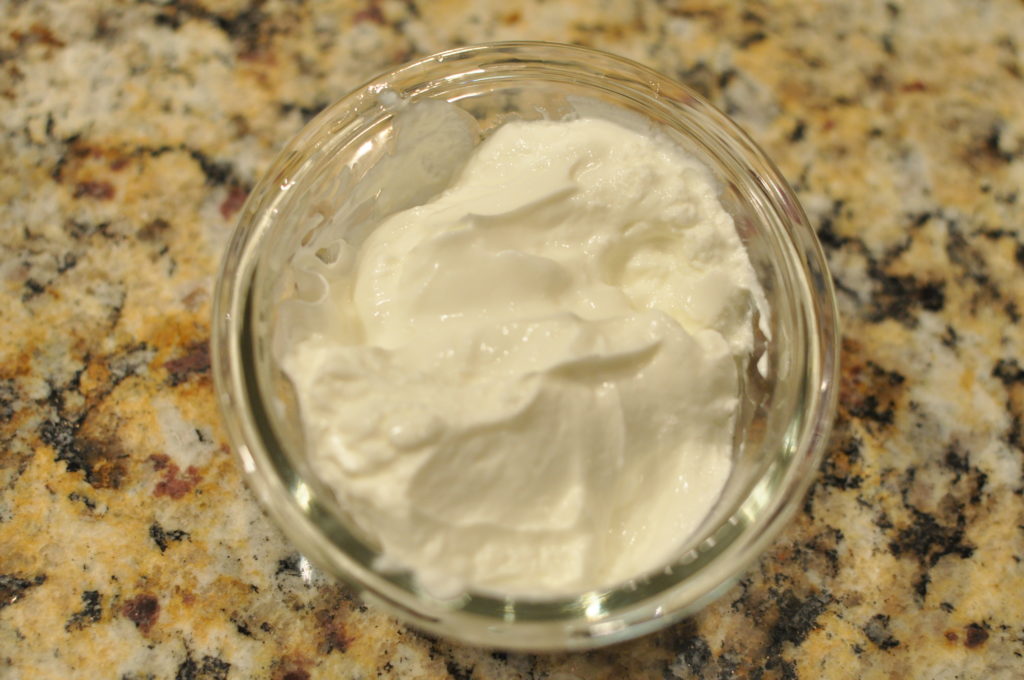 Add to chicken, salt and lemon juice and marinade for approximately an hour.

Cook very fast on a grill or a very hot oven. You are replacing the tandoor with your own heat system. 10-15 minutes should do. Then hold the cooked meat in a bowl until you add it to the sauce a little later. 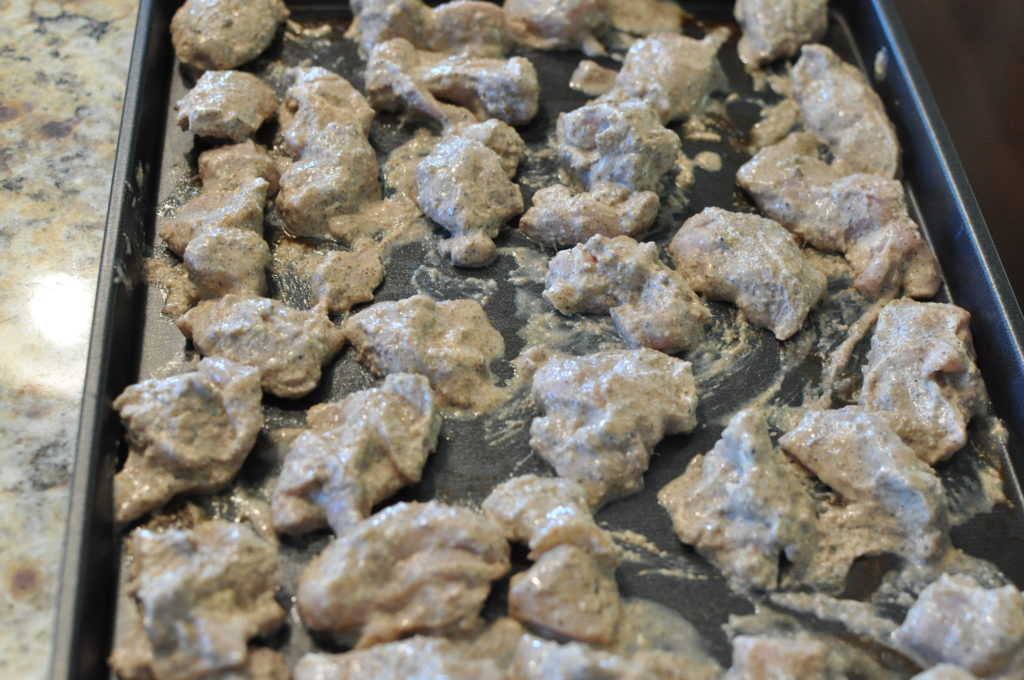 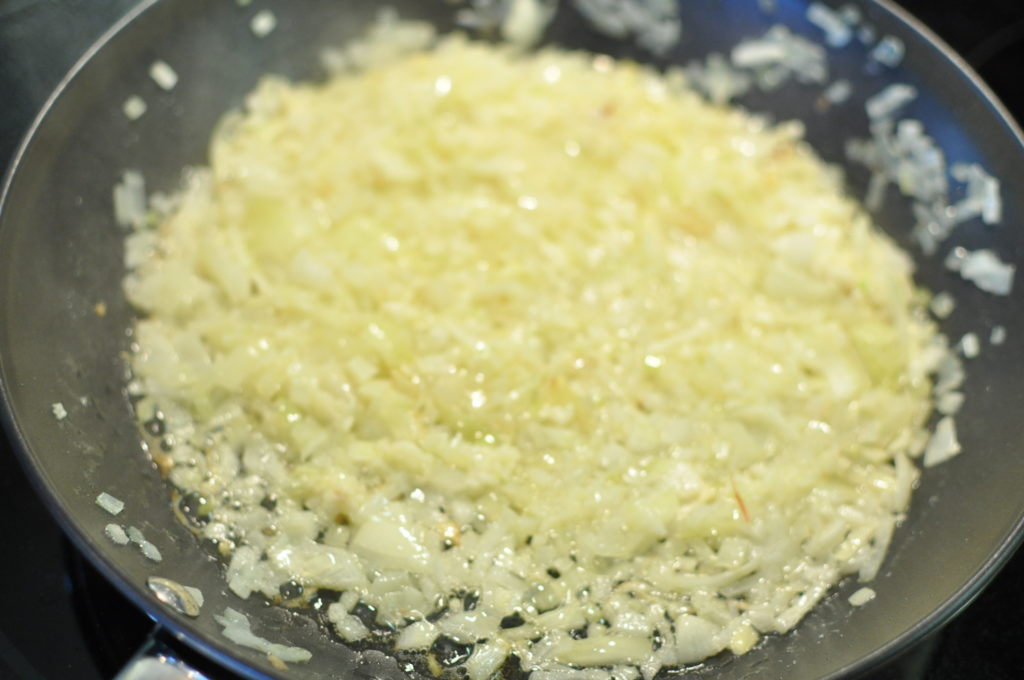 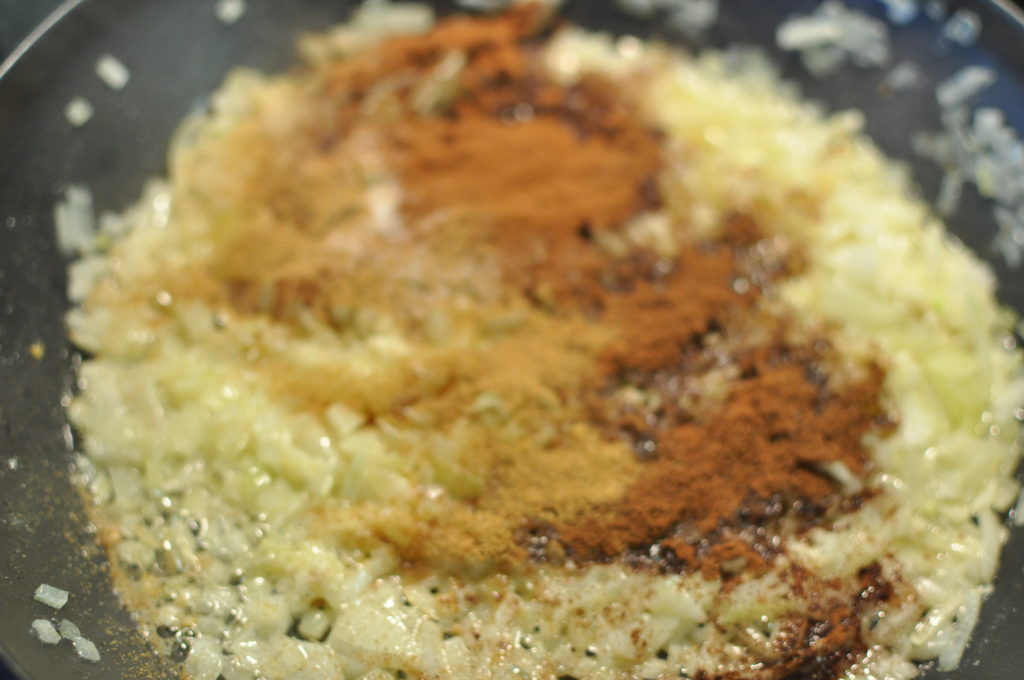 Add 2 teaspoons ground cumin, 2 teaspoons paprika and 1 tablespoon salt, or to taste. Cook for two or three minutes to release the spices into the oil. 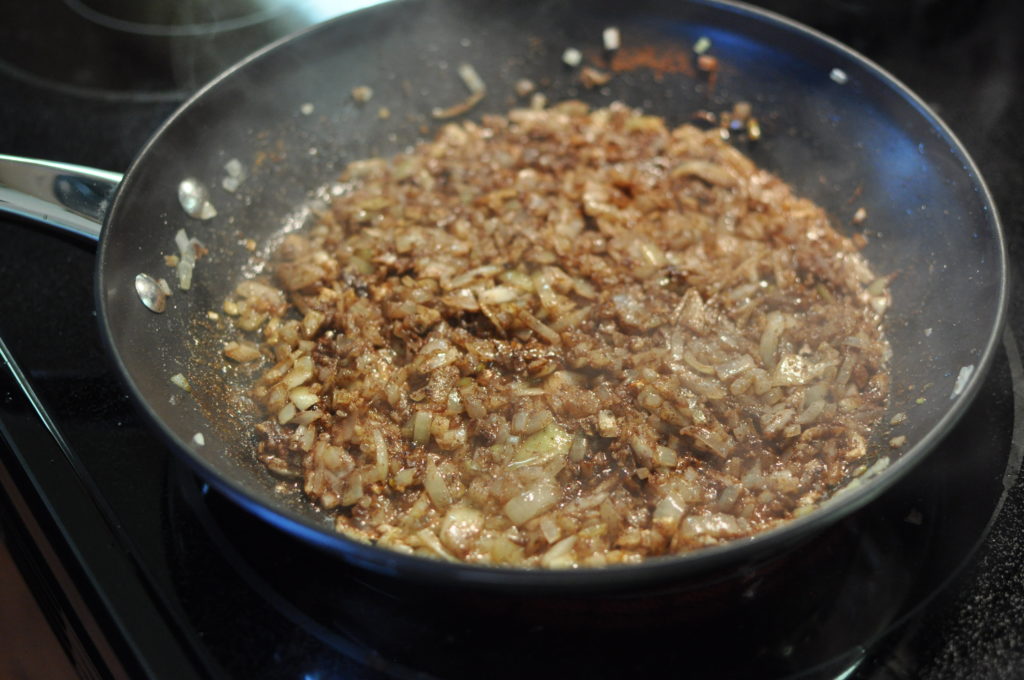 Add half a pound of tomatoes. You can use canned if you want. 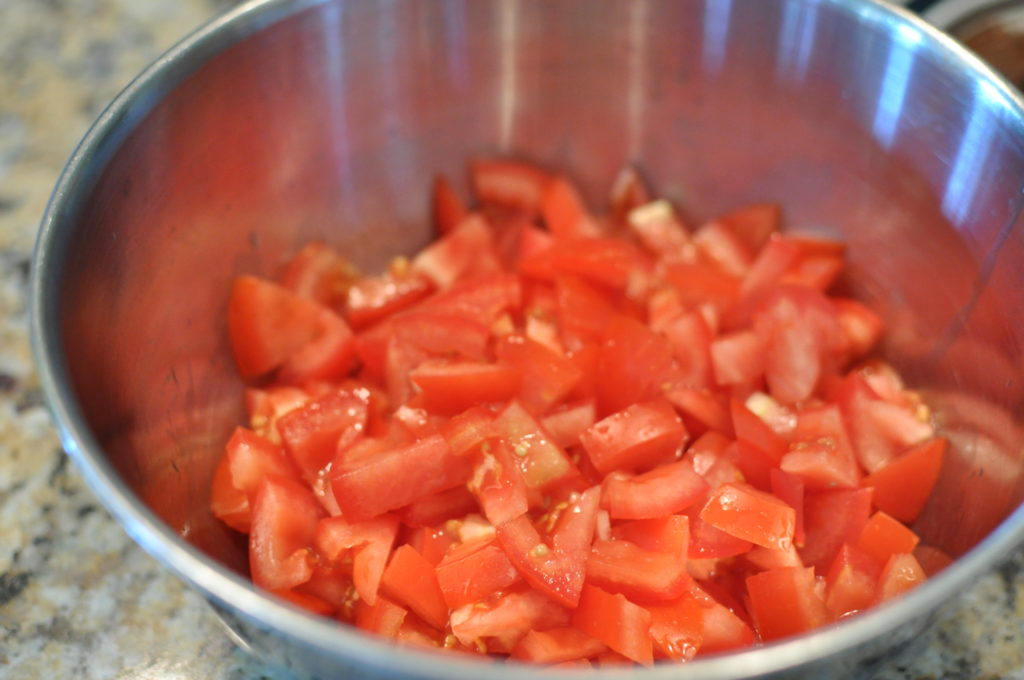 Cook until soft and puree. 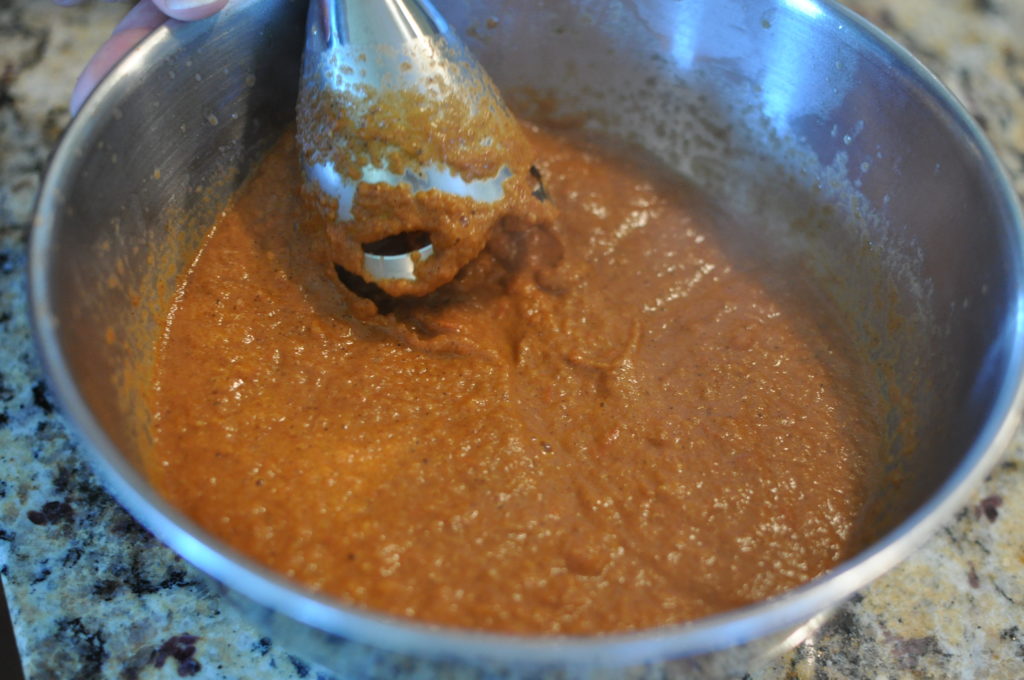 Put the sauce back into the pan and add 1 cup heavy cream. 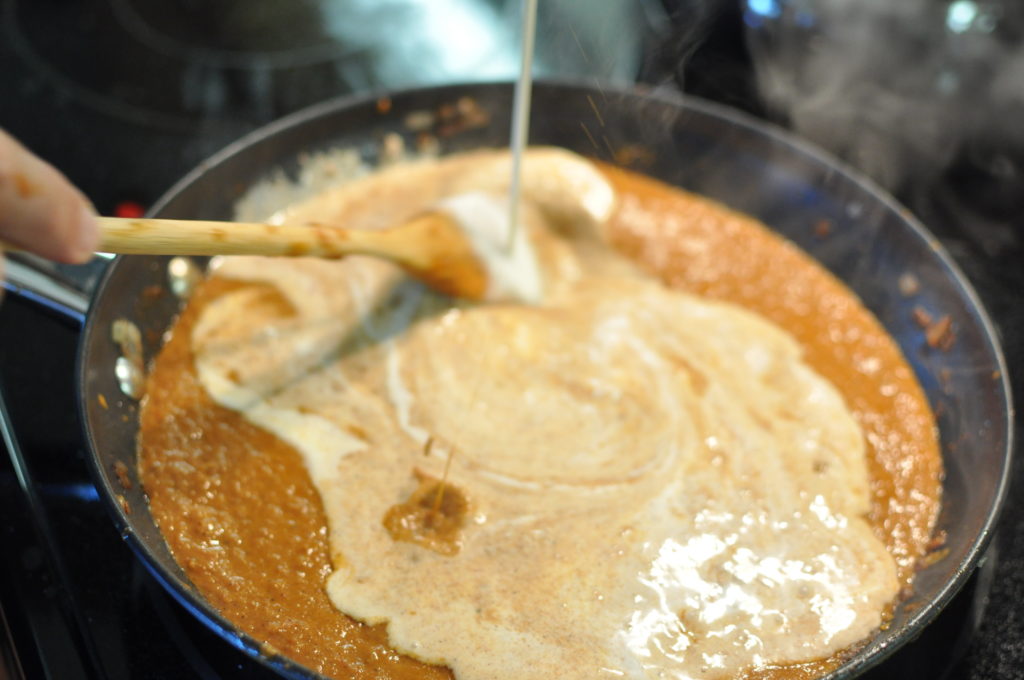 Together with any juices from the chicken. 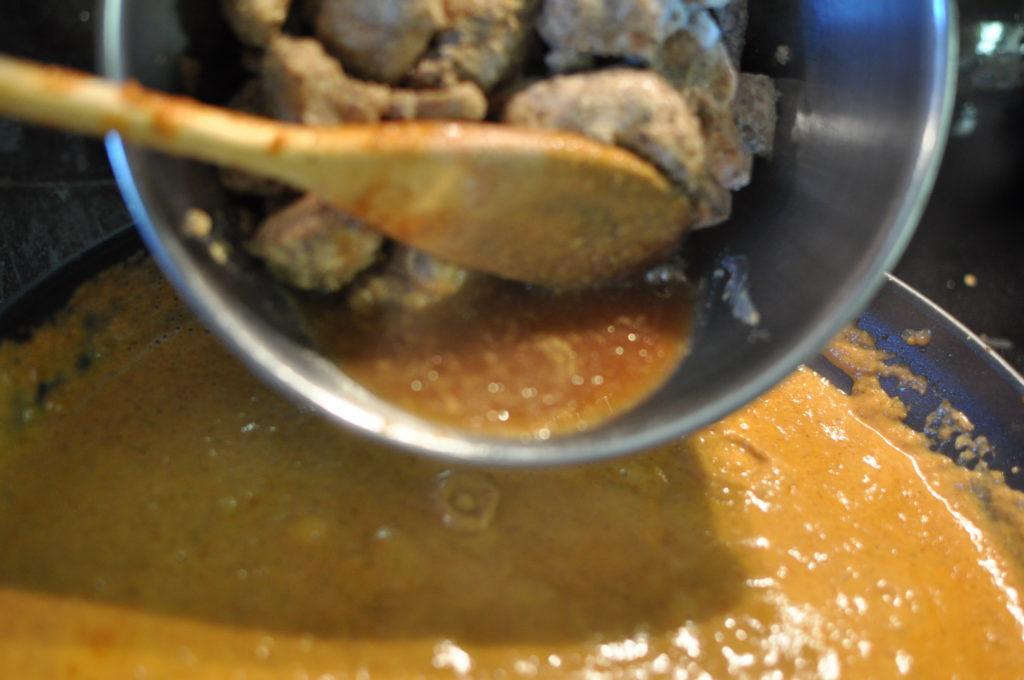 And the chicken itself. 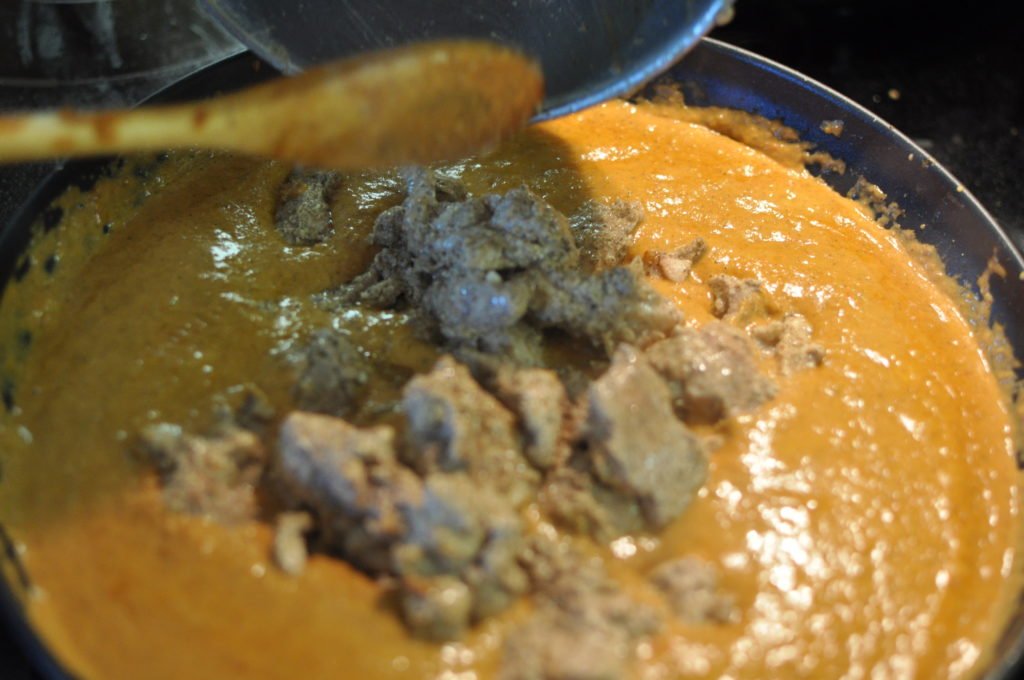 Simmer gentle for about 10 minutes and serve with rice. 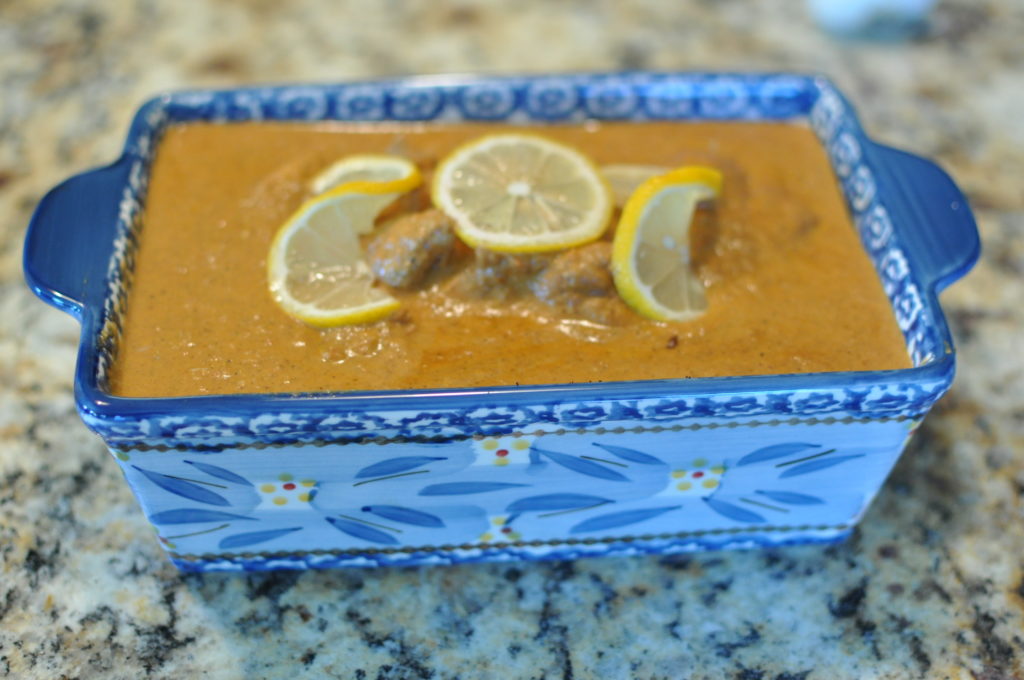