This savory meal is based on a beautiful recipe is from Bon Appetit. And yes, everything’s better with coconut milk! 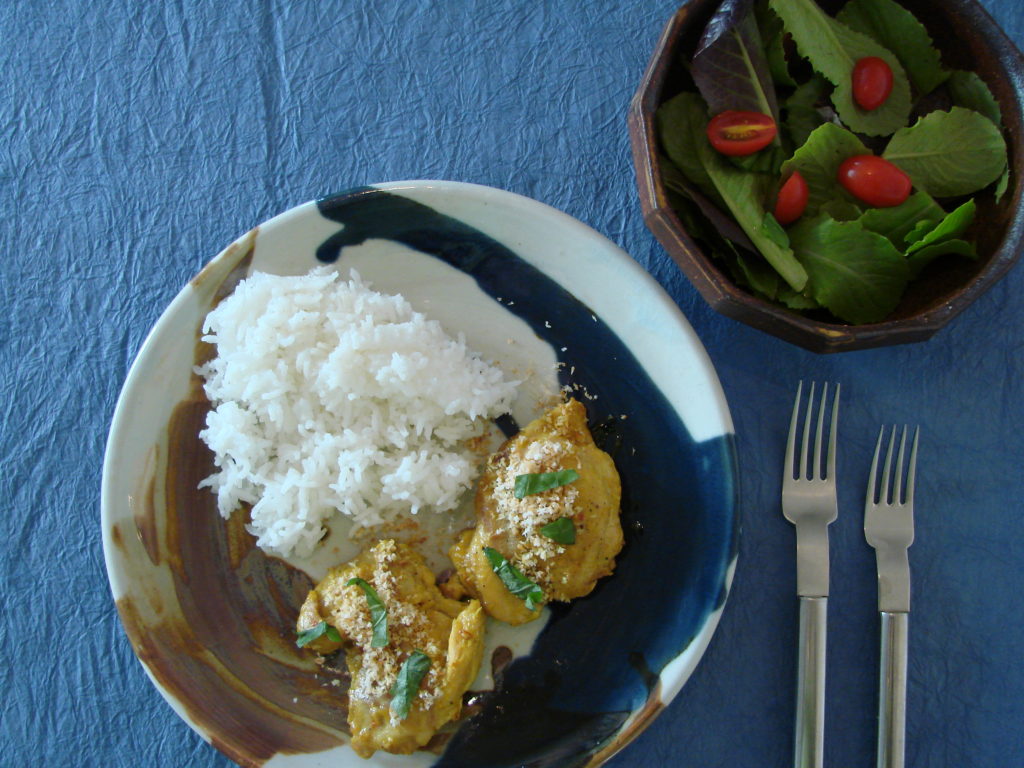 Similar to a rendang, the aromatics in this dish gradually brown in the pan, giving it a distinctive flavor and texture. 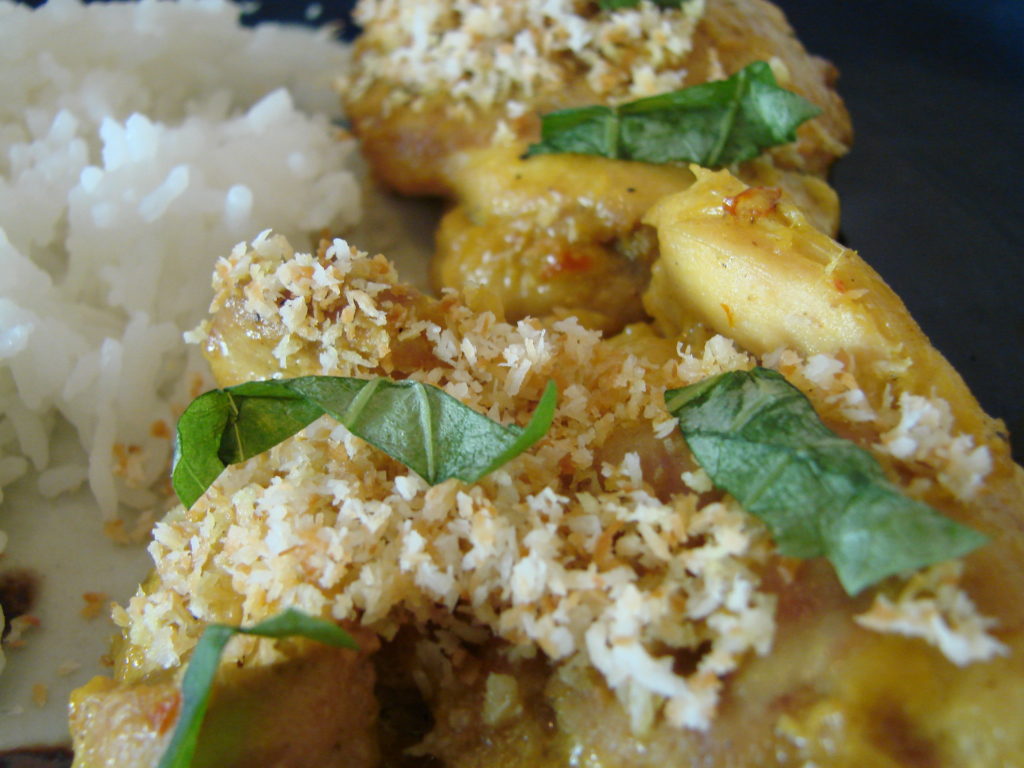 Be sure you add a green garnish for extra flavor. I used some basil we had in the fridge

Here’s what to do: 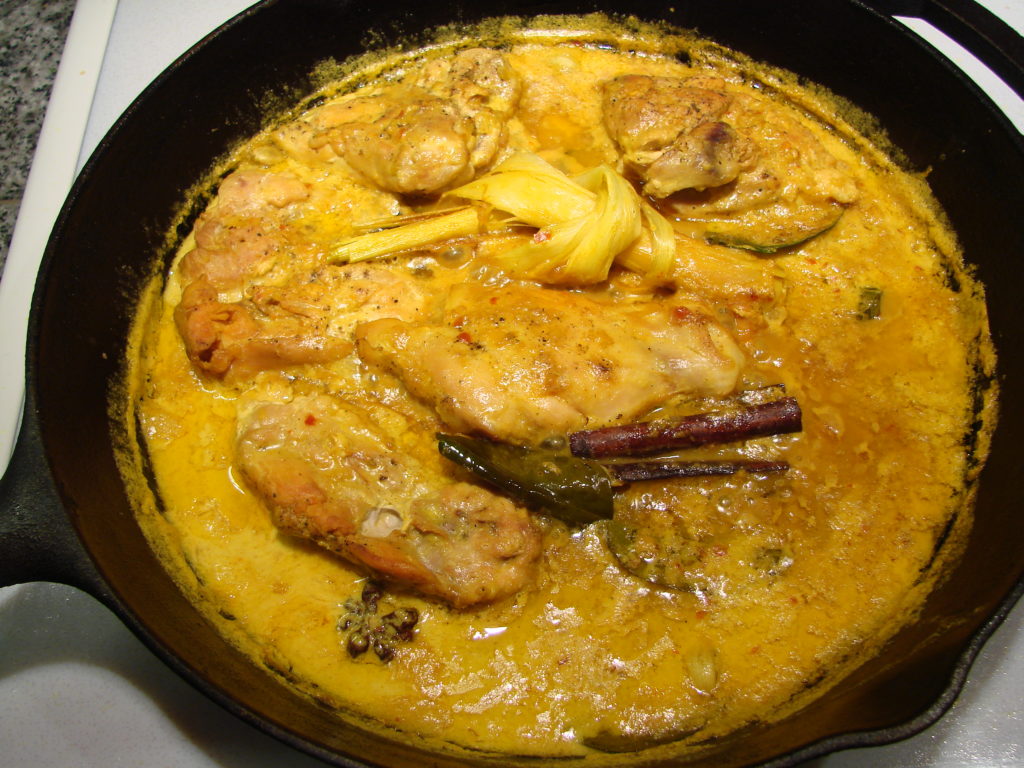 Here’s the step where the chicken and all the spices are slowly cooking in the coconut milk. 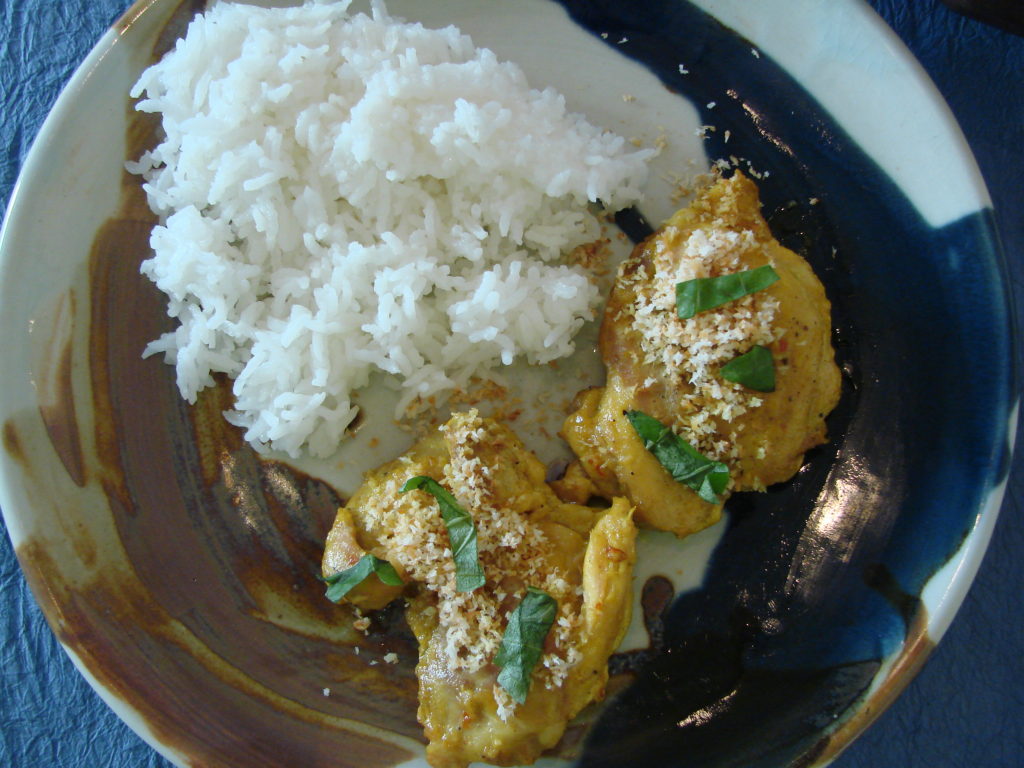 Here’s another shot of the dish without that pesky salad. You can spoon any extra sauce over the rice.