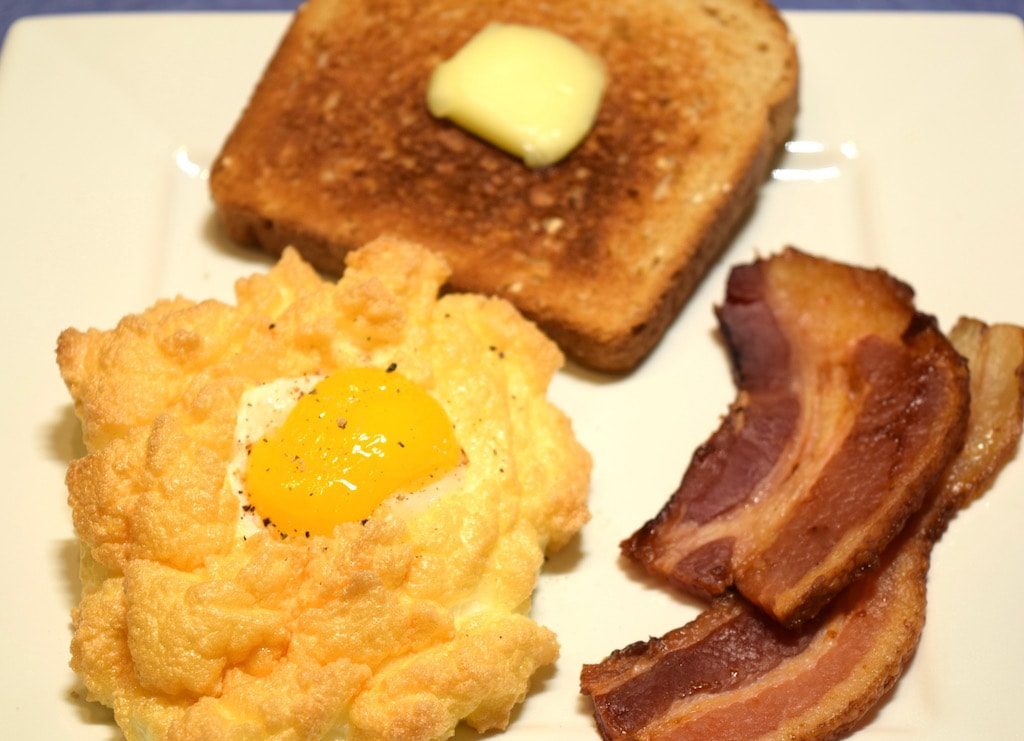 So, here’s kind of a lame post: cloud eggs. I know these were (and maybe still are) all the rage, because they’re “cute” or whatever quaint adjective you want to use.

I just thought they were kind of cool. And really easy to make.

What you’ll need for each egg that you want to make:

Heat your oven to 450 degrees.

Separate the egg white from yolk, putting the white(s) in a large bowl, and the yolk(s) individually in very small bowls.

Beat or whip the white until firm enough to form peaks (I used an electric beater).

Carefully add the cheese, then the bacon and herbs—if using.

On a baking pan lined with parchment paper, add a bit of cooking spray (otherwise the egg sticks a bit) and put a dollop of whites on the parchment paper.

With a spoon, make an indentation for the yolk to sit, when you get to that point.

Bake the whites for about 2 or 3 minutes, until they just start showing some color.

Remove the whites from the oven and carefully add the yolk(s) to the indentation(s) and bake for 2 to 3 more minutes for a runny yolk. More, if you want the yolk firm.

That’s it. Serve with breakfast! 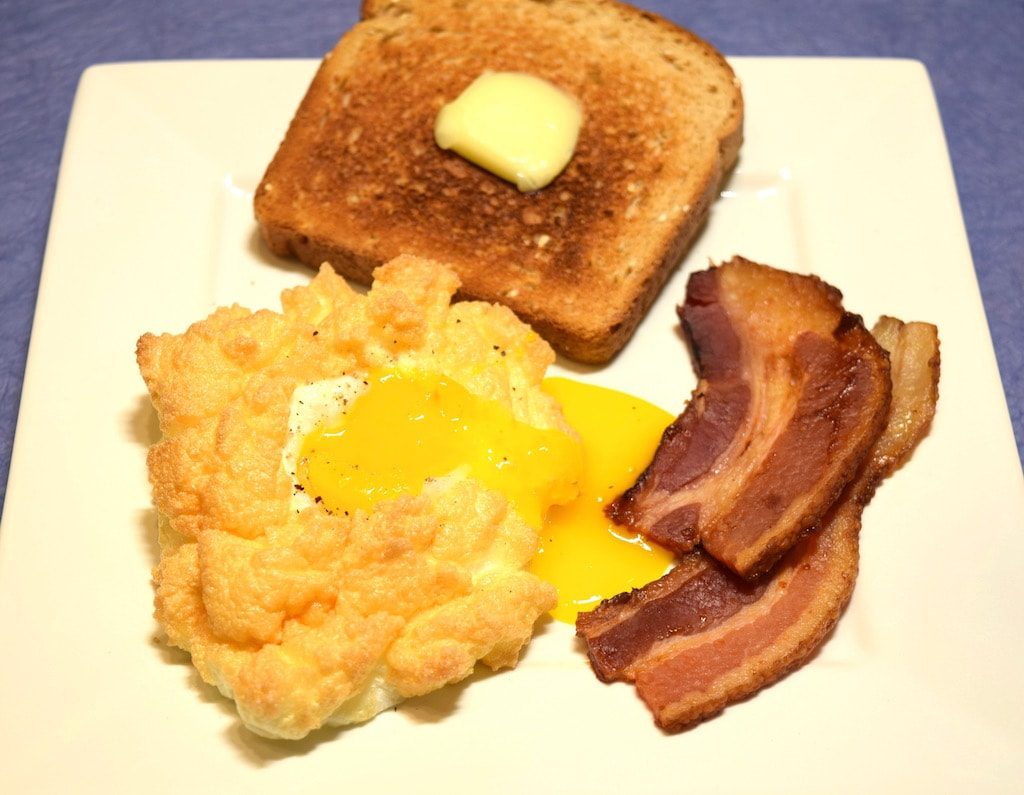