You are here: Home / Chicken / Greek Chicken Stew With Cauliflower and Olives 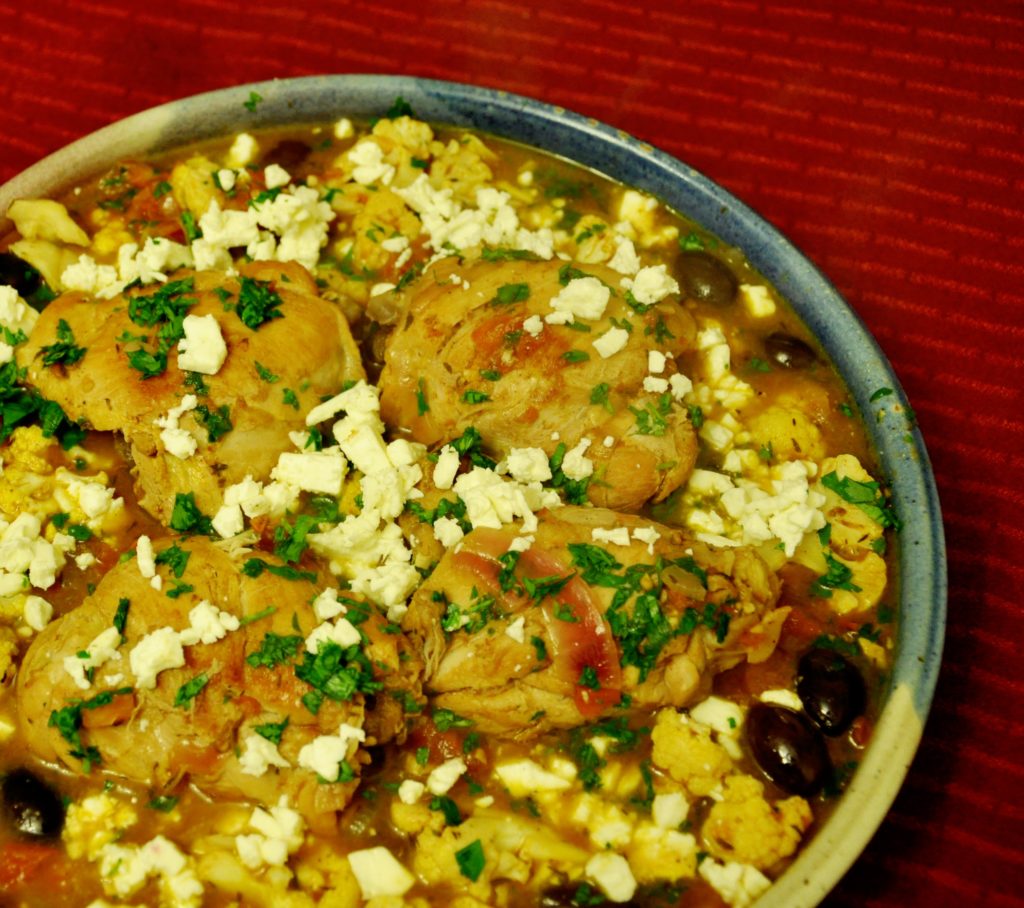 Not everything I cook is original. Not by a long shot. Most dishes are a twist on something I read, saw or, very occasionally, dreamed. In the case of this recipe, I was browsing on-line and read it in the cooking section of the New York Times. I was immediately enthused and vowed to make it mine. Read on… 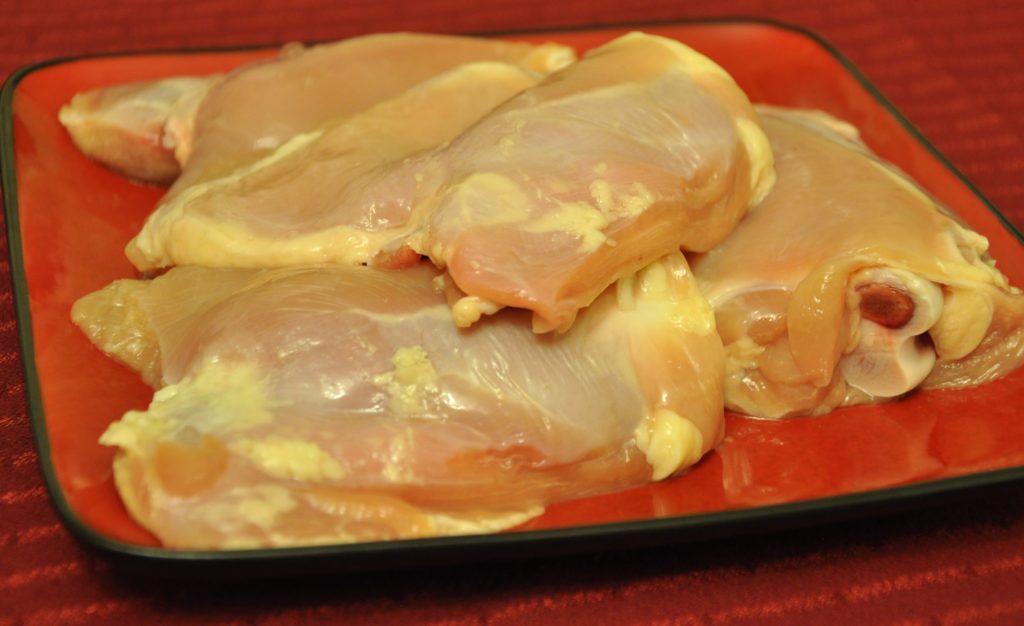 If you read my knife-skills lesson on de-boning chicken thighs, you can make this very quickly. However, I chose to leave the bone in for flavor and simply remove the skin. I do cover how to prep the thigh in the same lesson, so you might want to check it out here.

This is the original NYT recipe: 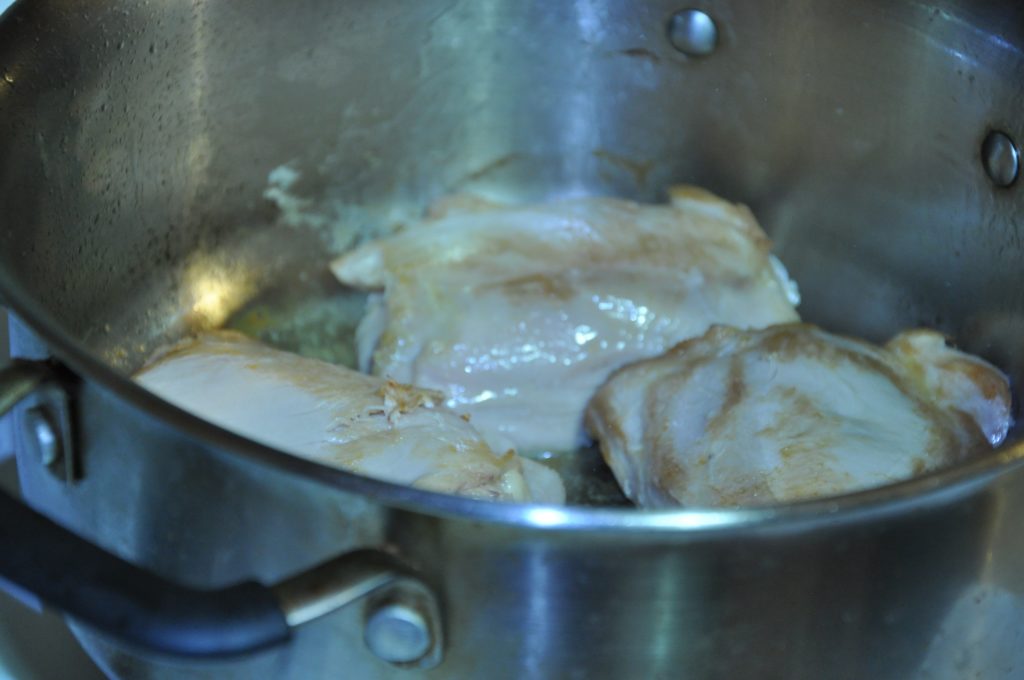 There are some old wives tales that still hang around in cooking. One is that you sear meat (and this is especially true of beef) to keep in all the juices. Anyone who has ever seared beef and then let it sit for a while will have witnessed that such is not the case. So why brown meat that is going into a stew? Surely you want the meat to flavor the rest of the dish. The entire point of a one-pot meal is the melange of flavors that improves with age. Often the leftovers is better than the day that it was cooked. The flavors meld and the dish becomes more delicious. The reason to brown the meat before putting it into a recipe where it braises or stews, is to allow the meat to maintain its shape and toothsome texture.

So, step one of this stew is to brown the thighs. 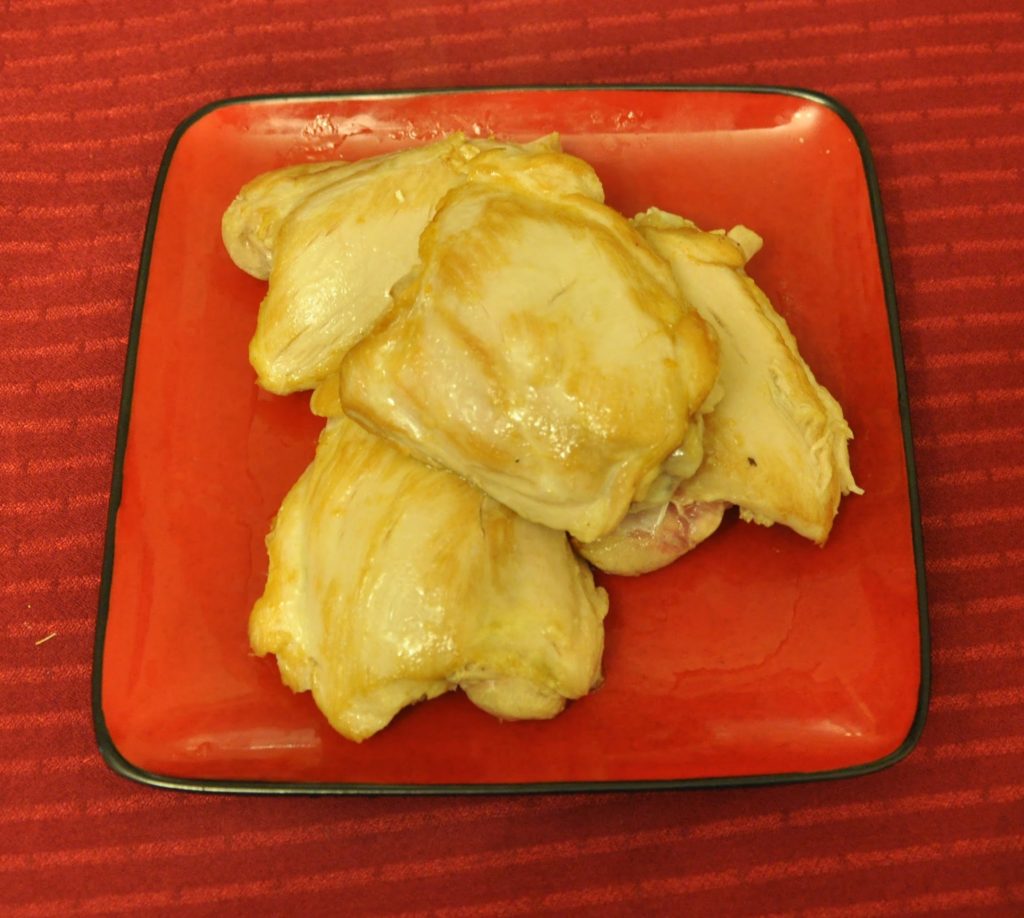 Now, it really shouldn’t surprise you that I never 100% follow a recipe. I just don’t have the discipline to write a shopping list and execute it flawlessly. In addition, if I don’t have to go out to the shops, then I would rather not. In this case, red wine or red wine vinegar would have worked well, if I had it to hand, but I didn’t. What I had was rice-wine vinegar. Also, I am surprised that the original NYT recipe calls for adding the vinegar to the pan and then using it to “scrape up” the brown bits of chicken from the bottom of the pan. I know that Americans have a love hate with French terms (they love the French in ways that the English never could), but *really* they couldn’t just use the short-hand term – deglaze?

So, deglaze the pan with vinegar of your choice.

Add the liquid to the holding bowl/pan with the browned chicken.

Add olive oil to the pan and brown the onions. 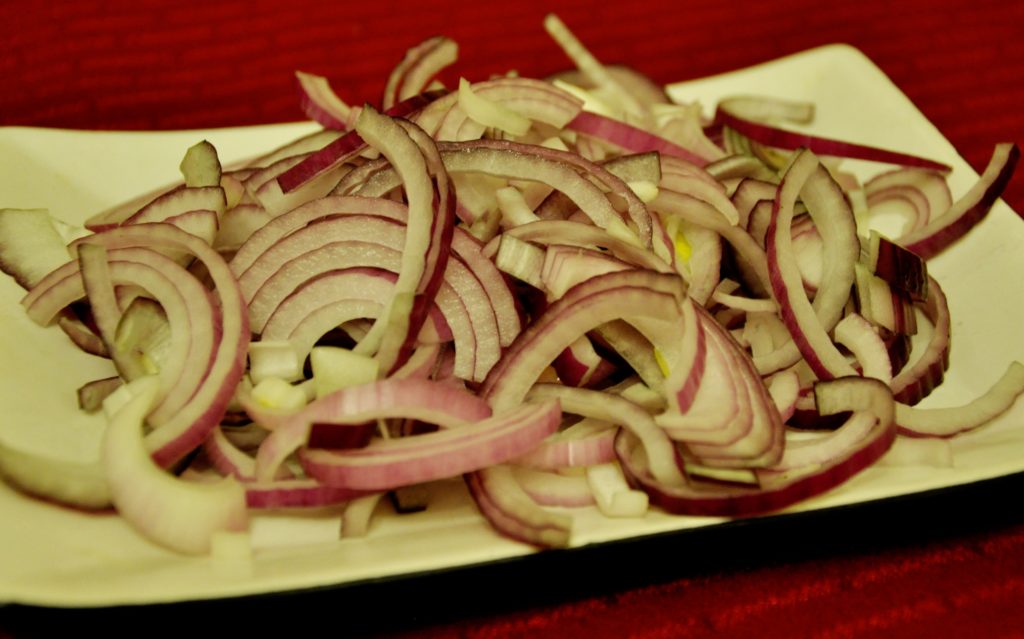 As the onions brown, add the garlic and fry for a couple of minutes 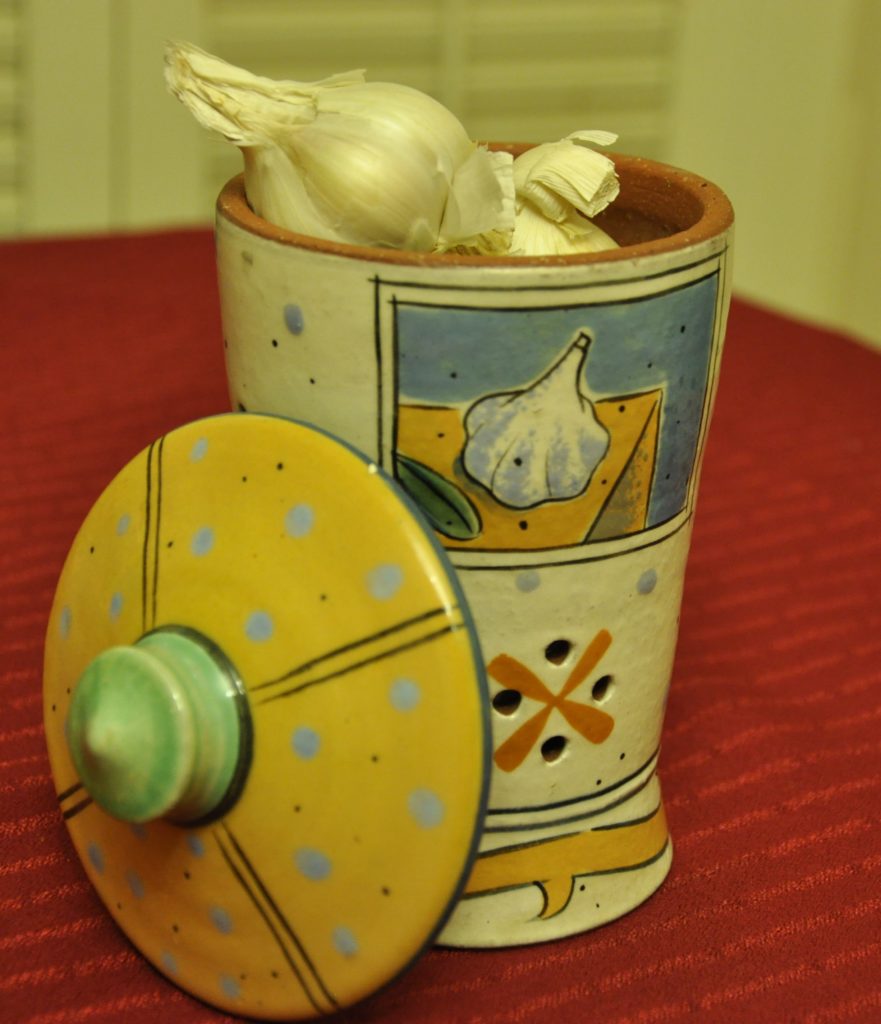 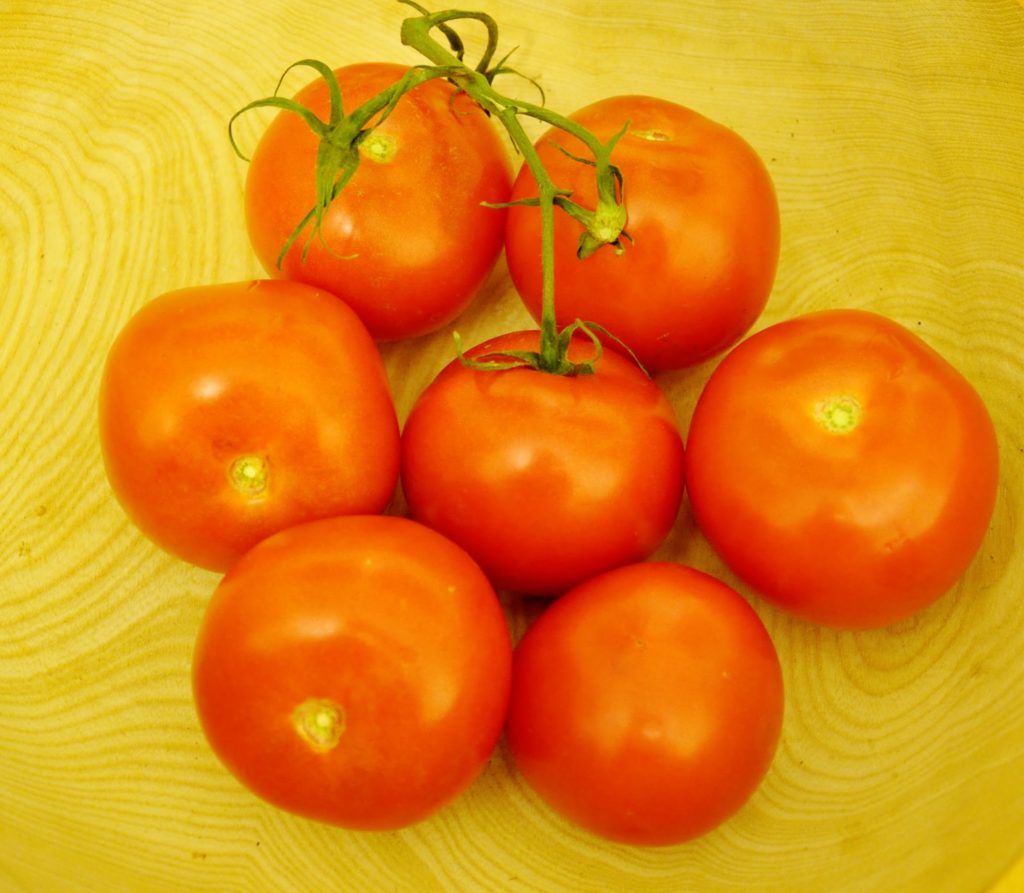 I would rather chop fresh tomatoes than open a tin can. I have a method that I will share with you another time, but for now, let’s just describe them as roughly two pounds of fresh tomatoes, “chopped”. 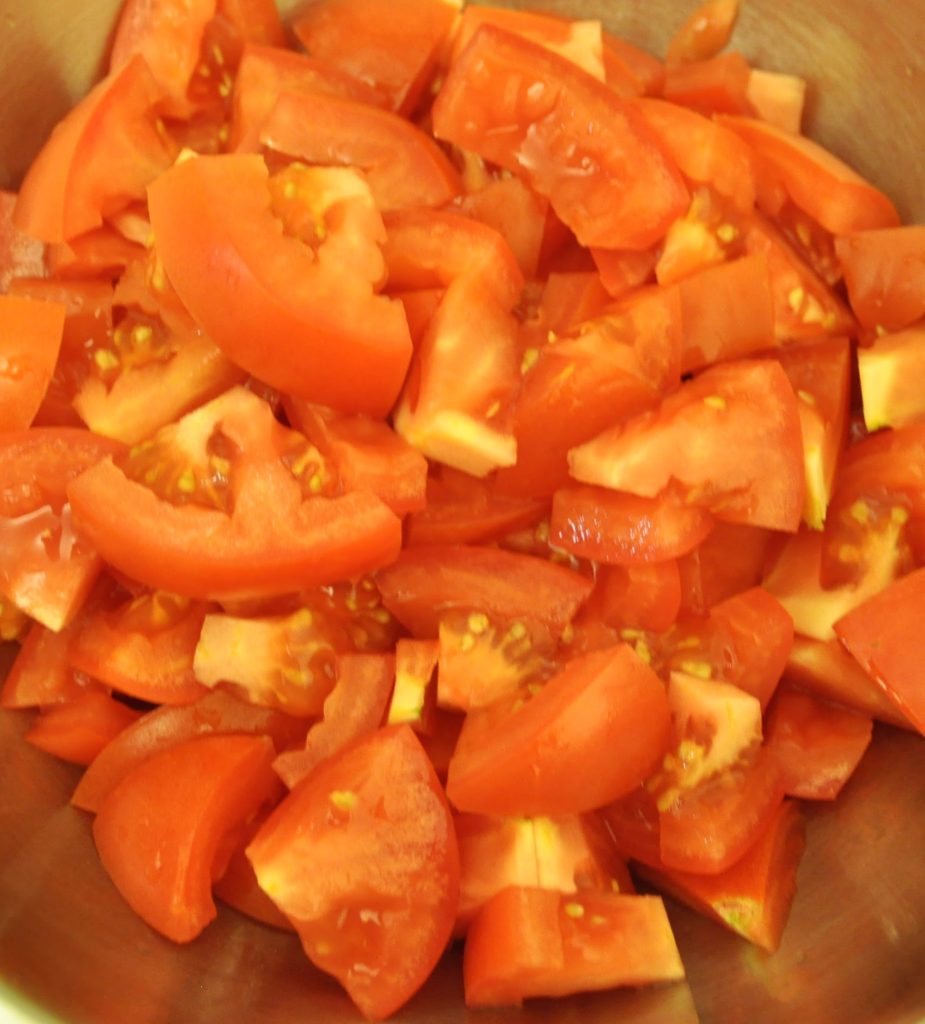 Add the tomatoes to the onion/garlic mixture and allow to cook down for 10 minutes. until the tomato becomes pulpy, but still has texture.

Put the chicken, juices, cinnamon, salt & pepper all into the pot with the tomatoes/onion/garlic mixture and simmer for about 20 minutes. 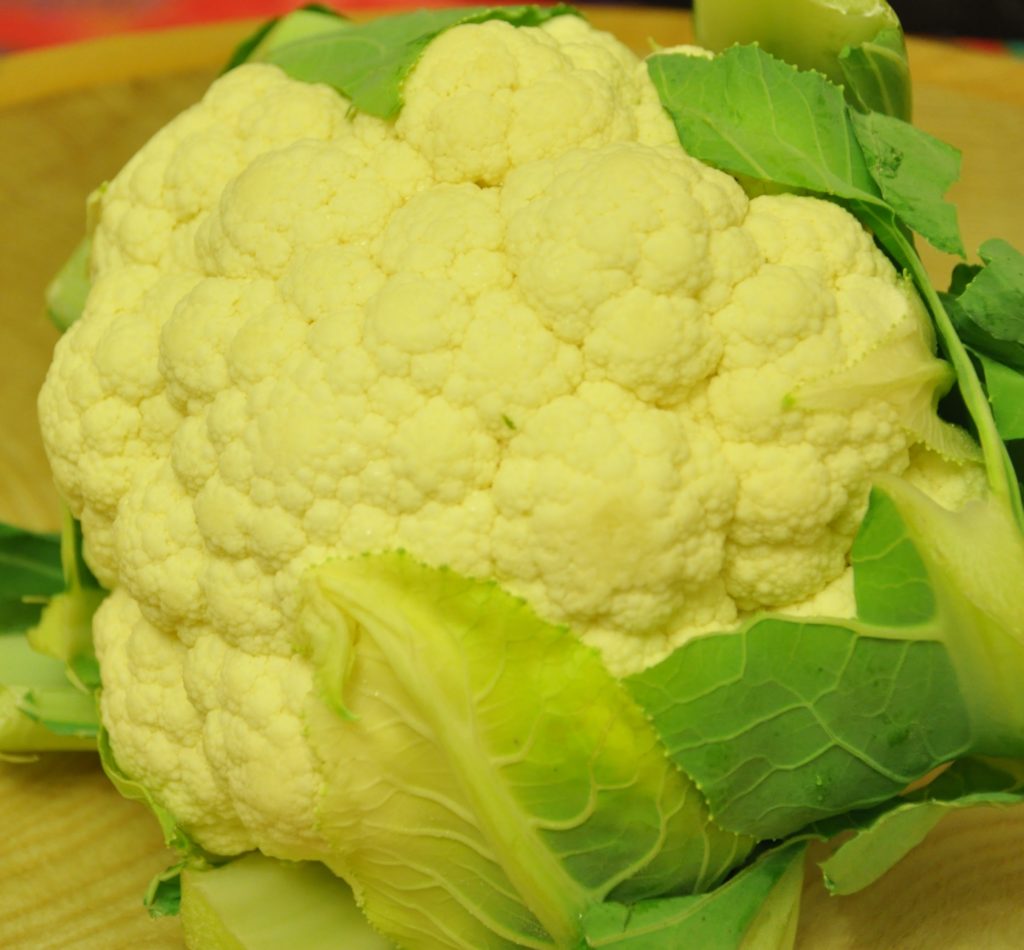 and cut it into florets… 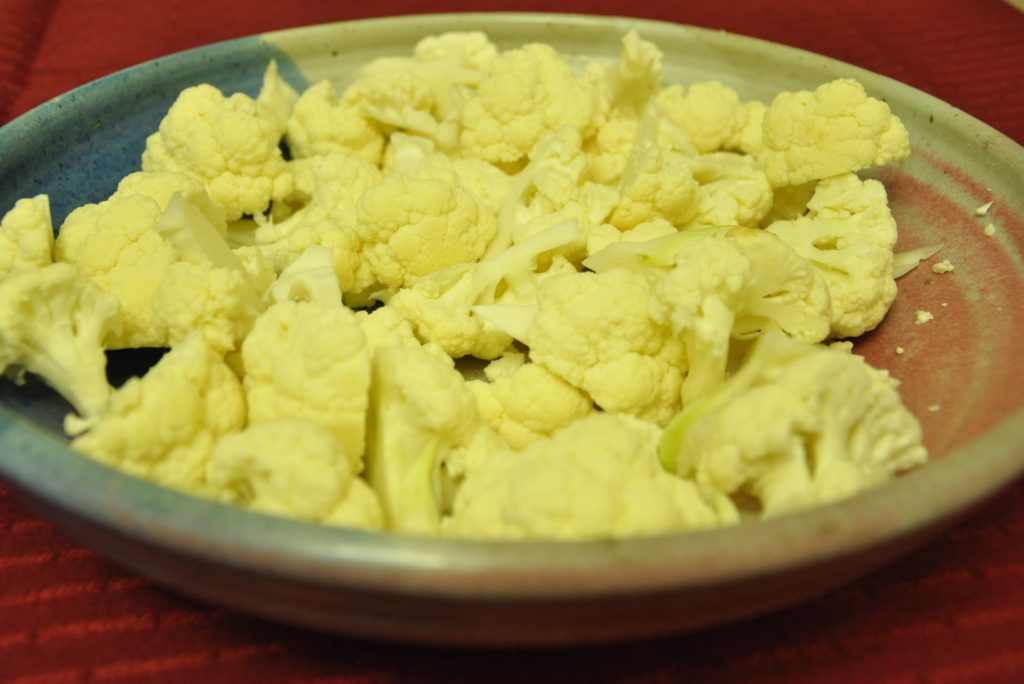 Add the florets and the olives to the pot and cook for another 20 minutes. 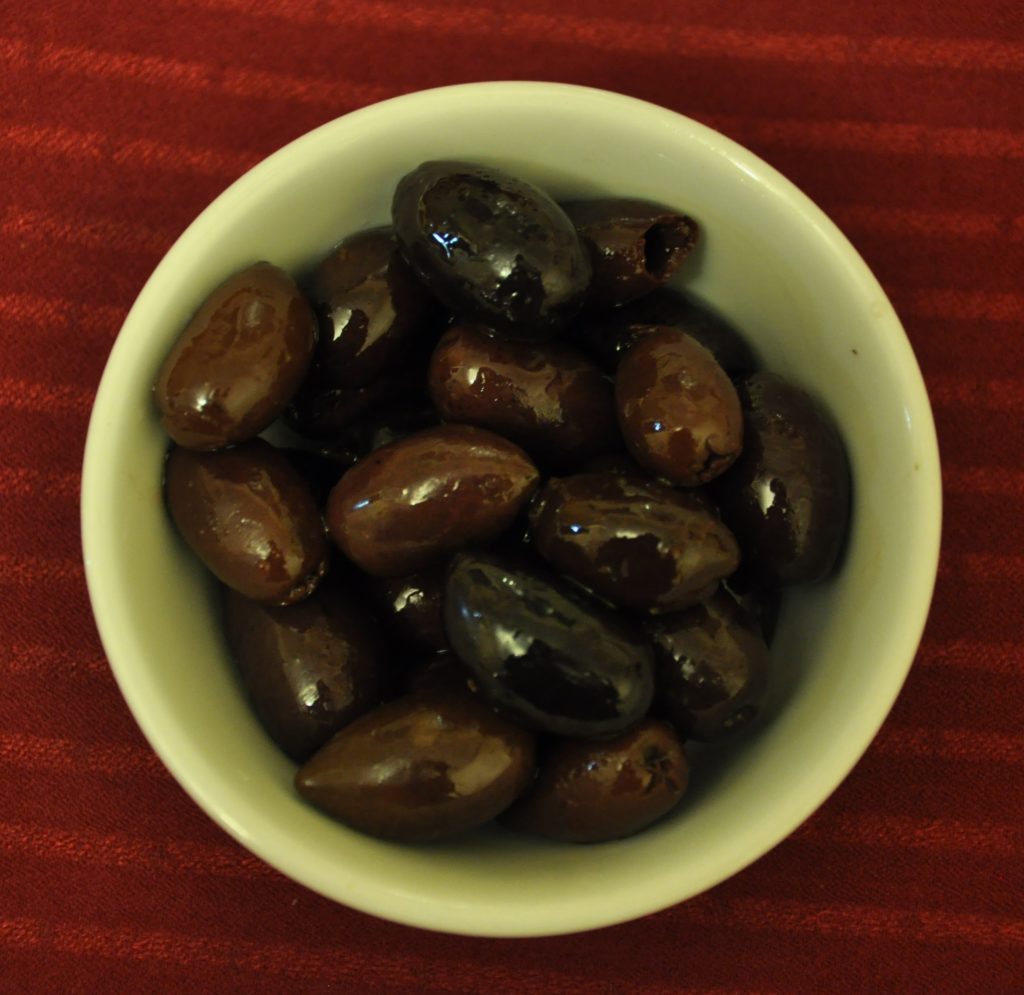 The chicken will now be tender enough to fall off the bone.

Stir in the parsley.  Transfer to a serving bowl and sprinkle with crumbled feta cheese. You are now ready to serve this tasty treat for the eyes. I keep my carb intake to a minimum these days, so I paired this with spaghetti squash. There is plenty of liquid if you do not reduce it and you are going to want to sop it up. This was my chosen method. 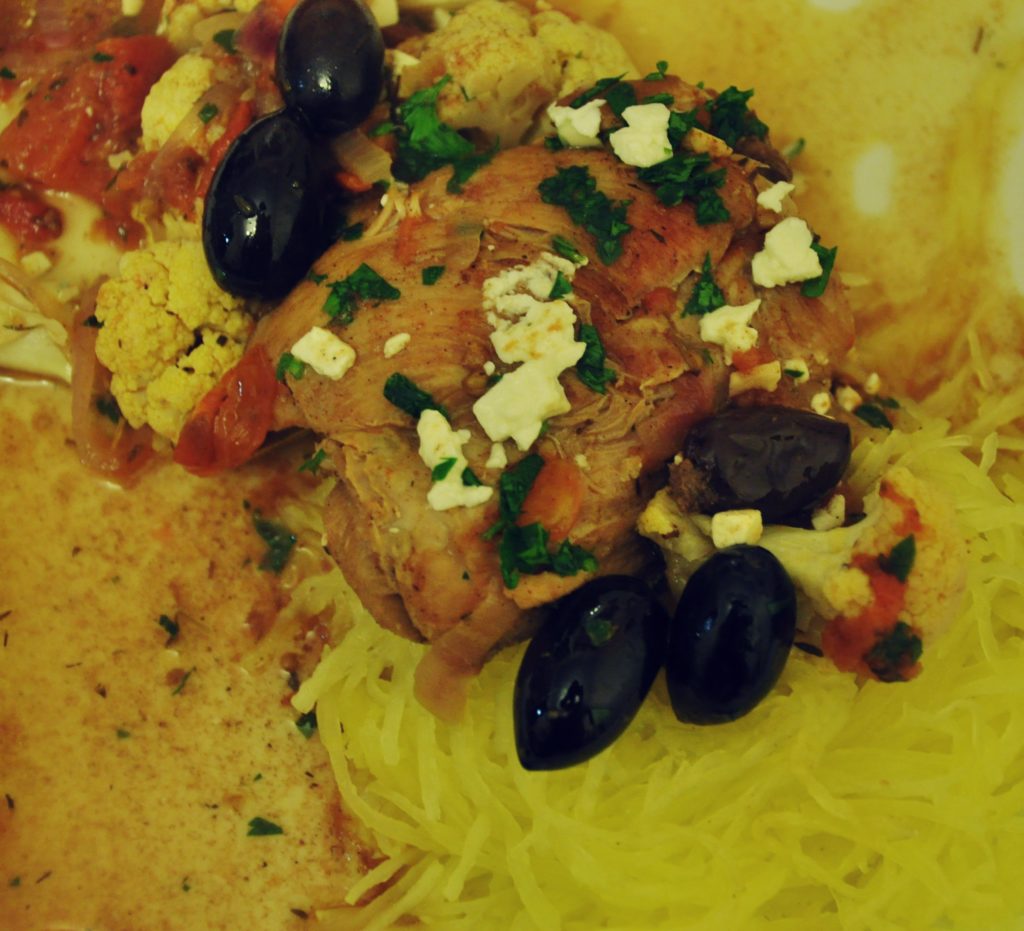 « Carbonara 2: The Better of the Two
Gyudon: Sliced Beef over Rice »