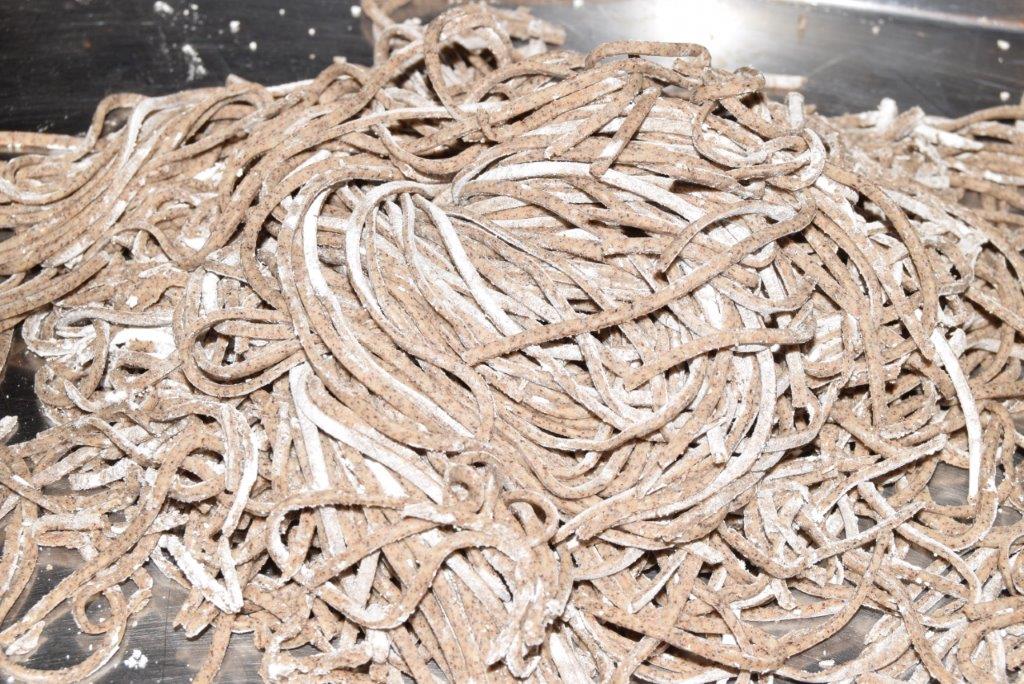 I was standing in the Japonica section of a rather ritzy department store in Yokohama, waiting for my wife. Unbeknownst to me, Takada-san crept up behind me and, in a somewhat reedy tone asked, “what do you suppose those are?” His English was impeccable and his hand gestured to a nearby shelf, upon which were displayed what looked to be chunky, glass whisky tumblers. 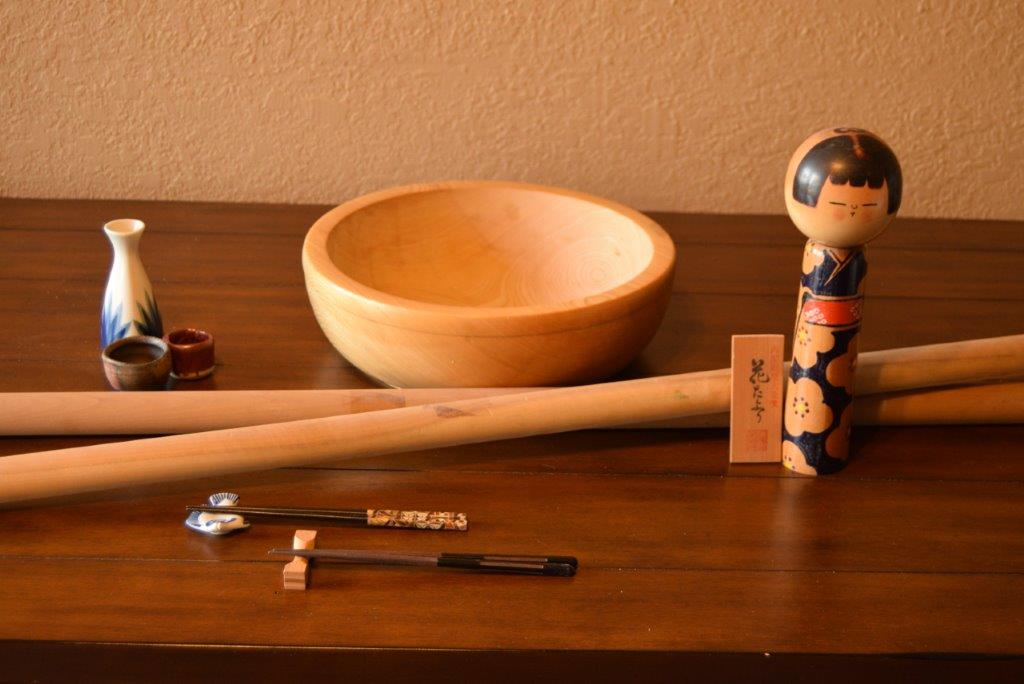 After the influx of GI’s, post WWII, the Japanese developed a real taste for whisky – so much so that Sake brewers developed a cold variety in order to claw back some part of the market that was lost to this newfangled American import. The tumblers were not, however, whisky glasses and I knew better than to fall for Takada-san’s malarkey.

“I bet, if you were to ask most people…” I started off confidently, “They would say that those are whisky tumblers…'”

“But they aren’t!” I announced with a flourish.

“So, I think that those are soba dipping cups”

“Ahhhh, so you know a little something about soba noodles?” 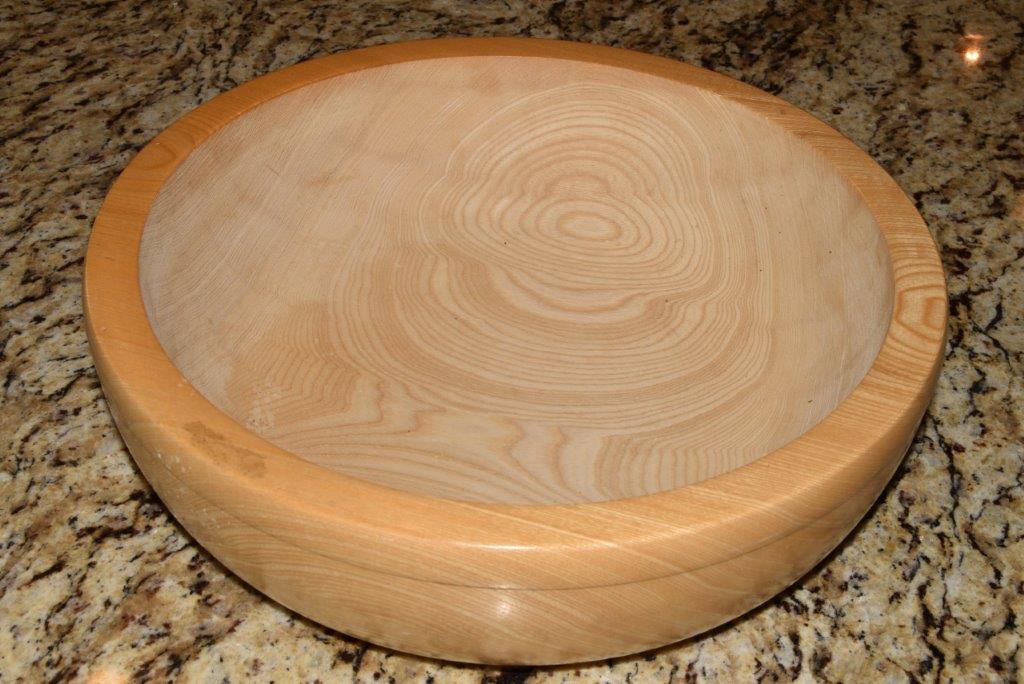 I explained that I had the Will Rodgers approach to food – I never met a meal that I didn’t like. He explained that he had been apprenticed to a master soba maker for ten years – the first five of which were spent weighing flour and measuring water. He then invited me to his home where I learned everything he could teach me in one afternoon!

The 4 ft rolling pins (membo) in the first picture and the large wooden bowl, hewn from a single piece of wood, are only two pieces of the highly ritualized practice of soba making. I like to use the bowl, but after that, it is KitchenAid mixer all the way, dude! By the way, if you endeavor to make your own soba, you will easily be able to make zaru soba. 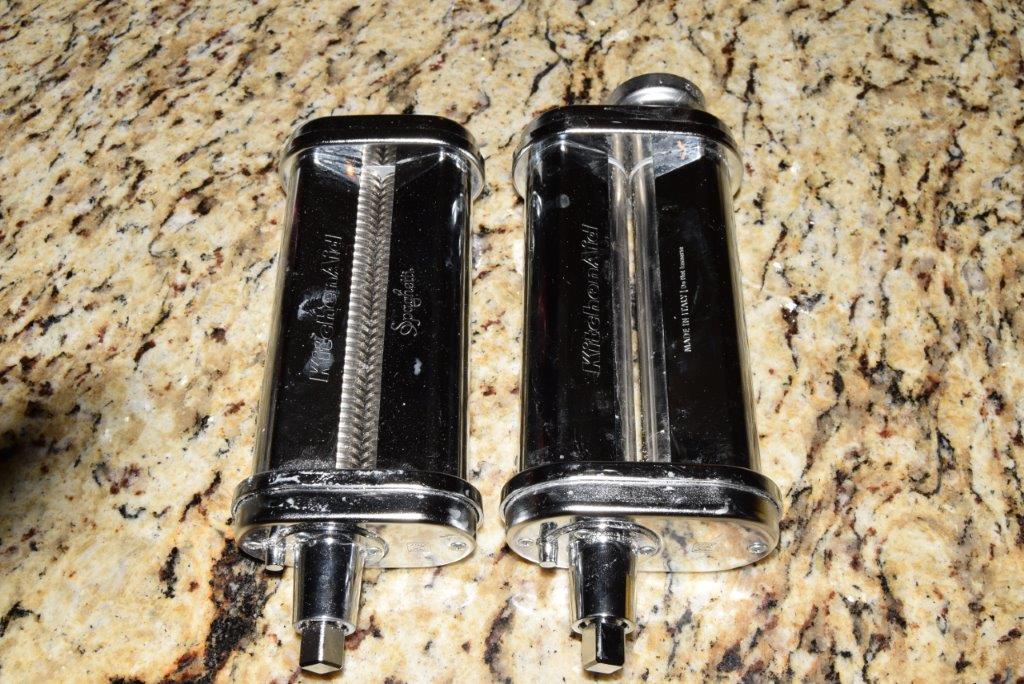 Soba is made form a mix of buckwheat flour and regular plain flour. The more expert you are at making it, (google it – you will either be amazed by its profundity or peeved by its pretentiousness) the less plain flour you need to add. Since the plain flour provides the gluten, that makes absolute sense. Buckwheat is gluten-free and would be very difficult to handle as the soul flour in your noodles. Takado-san could make 100% buckwheat soba, but I use an 80-20 ratio of buckwheat to plain flour. 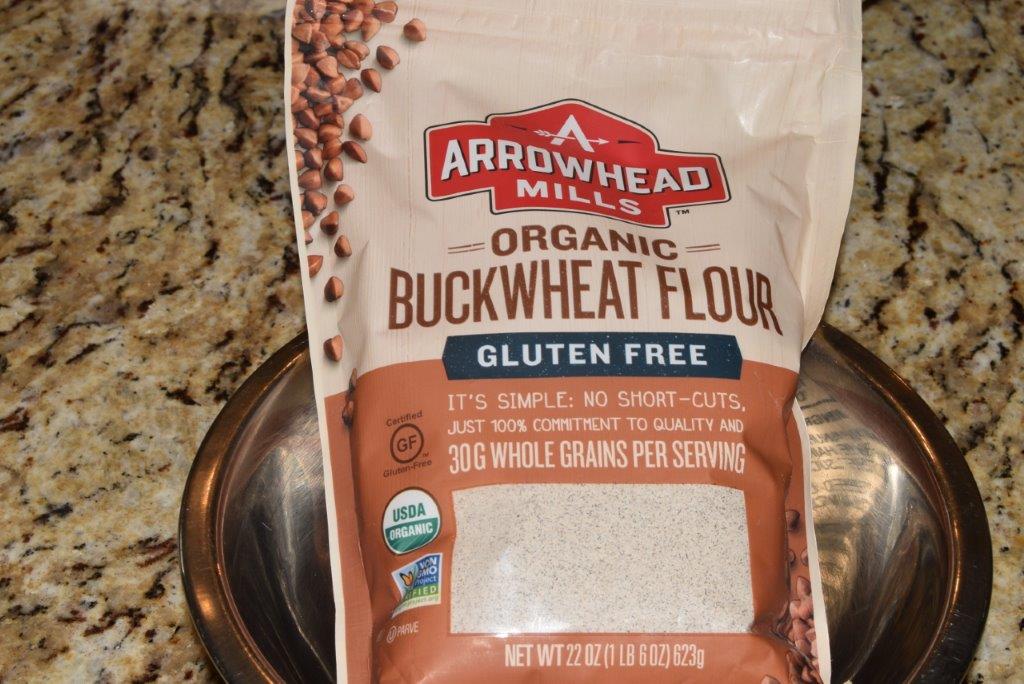 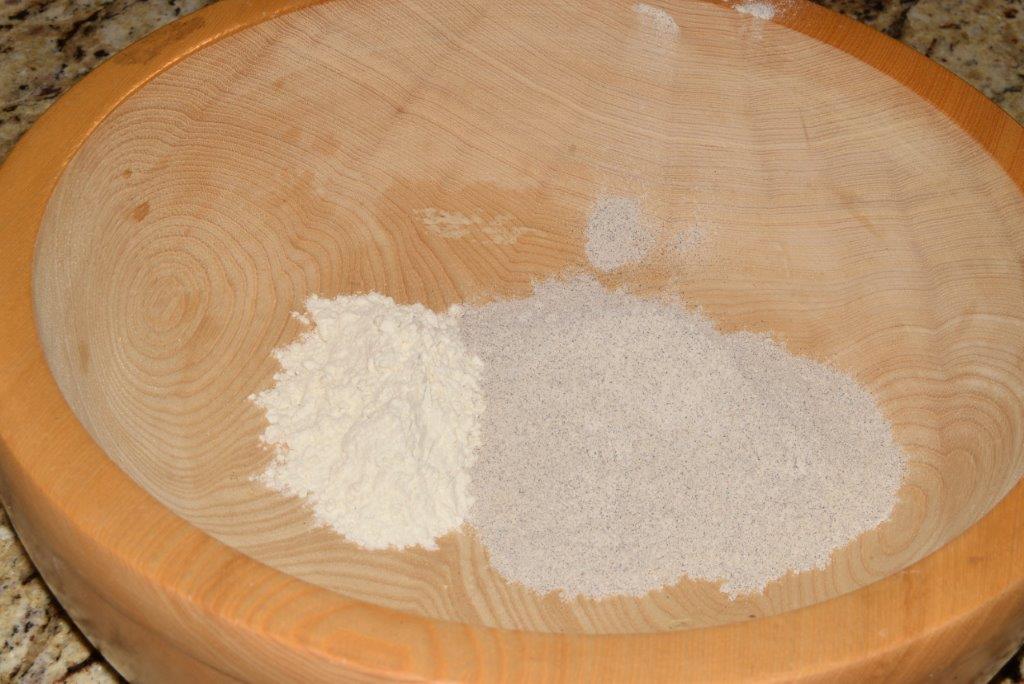 Mix the flours with your fingers. It is fun and not a little therapeutic! 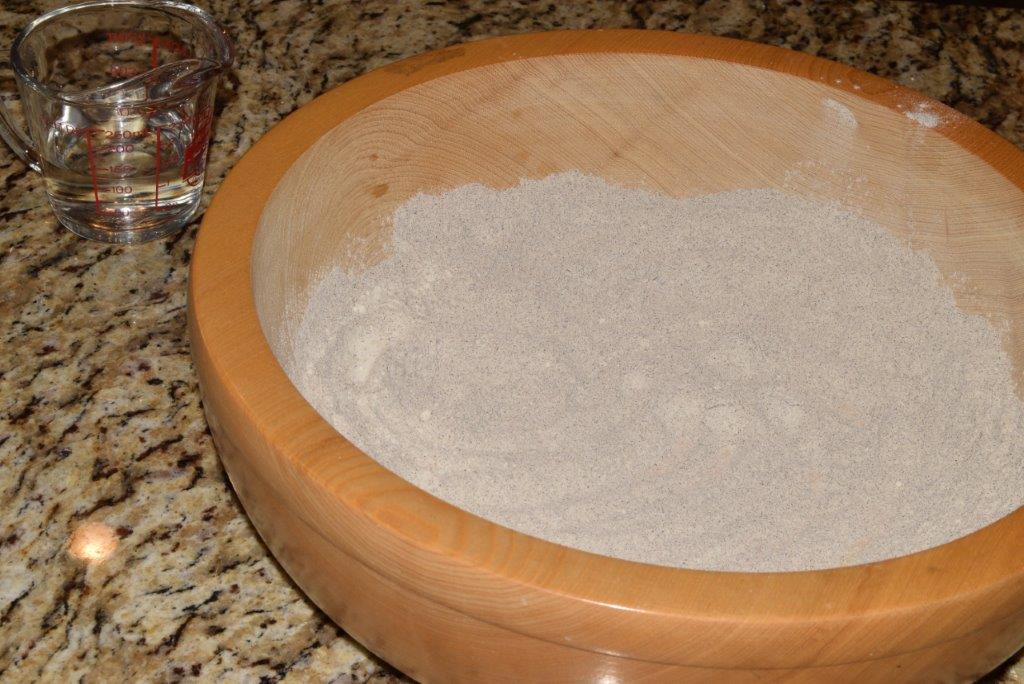 You are probably going to add about a half cup of water. However, flour being what it is, you will need to add less water on a humid day and more water on a dry day. 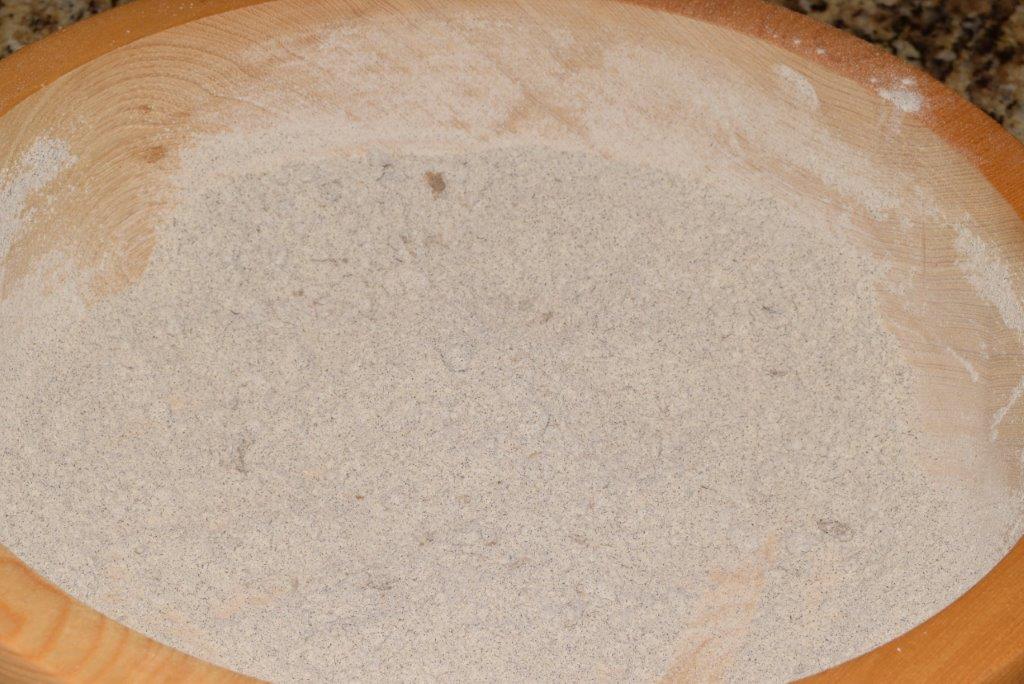 Add the water a little at a time a keep mixing with your fingers. If you add all the water at once, there is a good chance that you will end up with glue. There is an easy method where you put all the ingredients into a plastic bag and mix it like that. I do not recommend this until you have some experience and a better idea of how much water you are going to need. 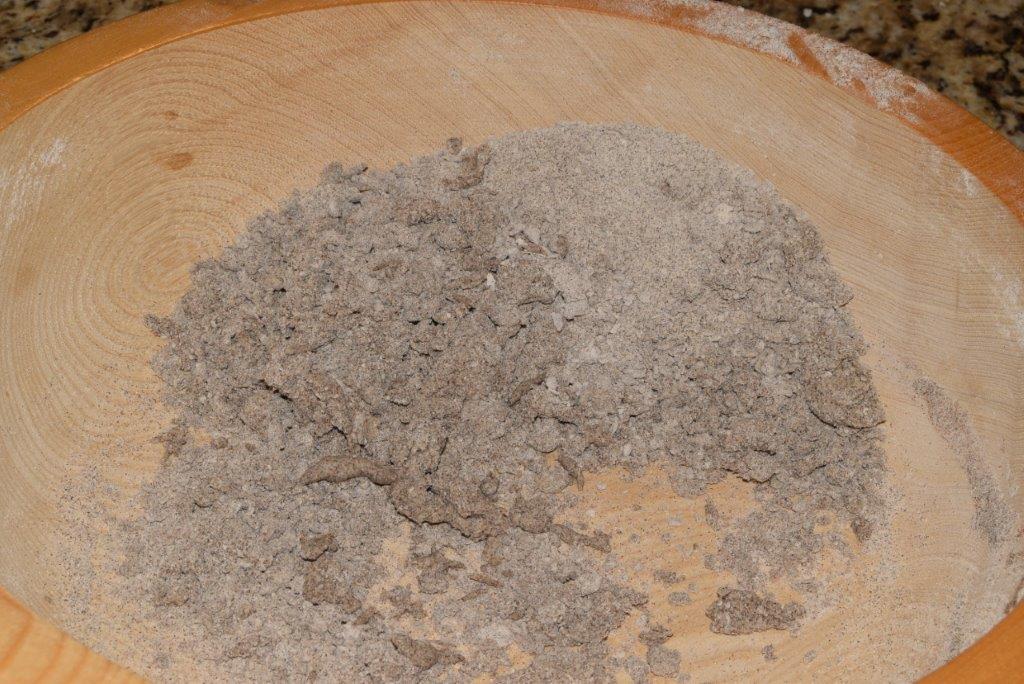 Once it has passed through the mealy stage to the large lumpy stage, you have added enough water. It is then time… 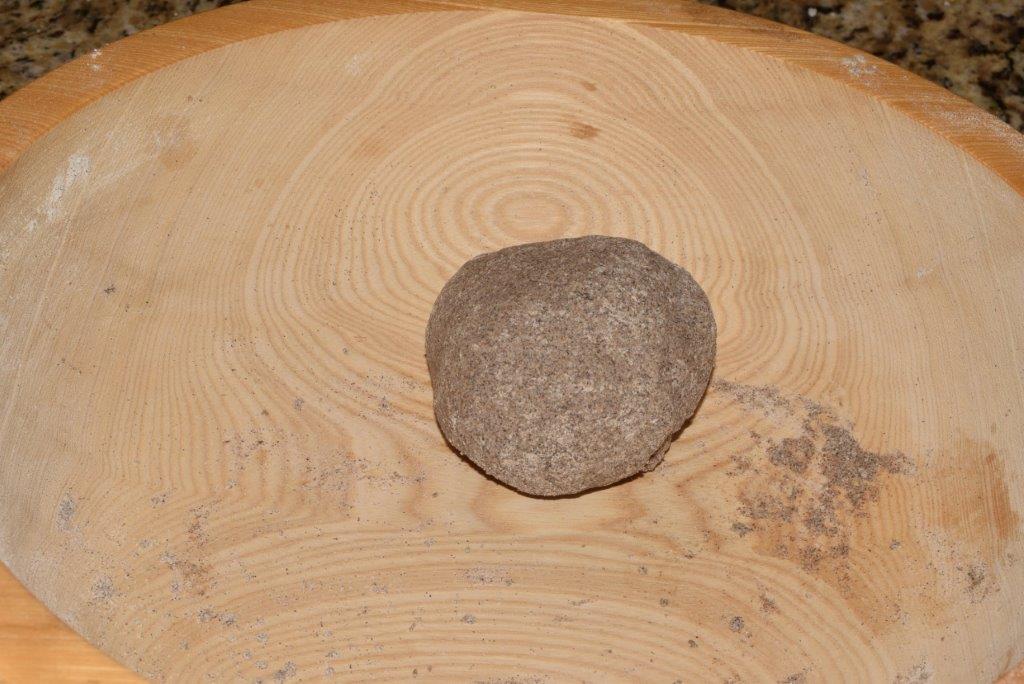 …to roll it into a ball.

Now throw it into the KitchenAid with a dough hook for three minutes to develop the gluten and give the noodle some texture. 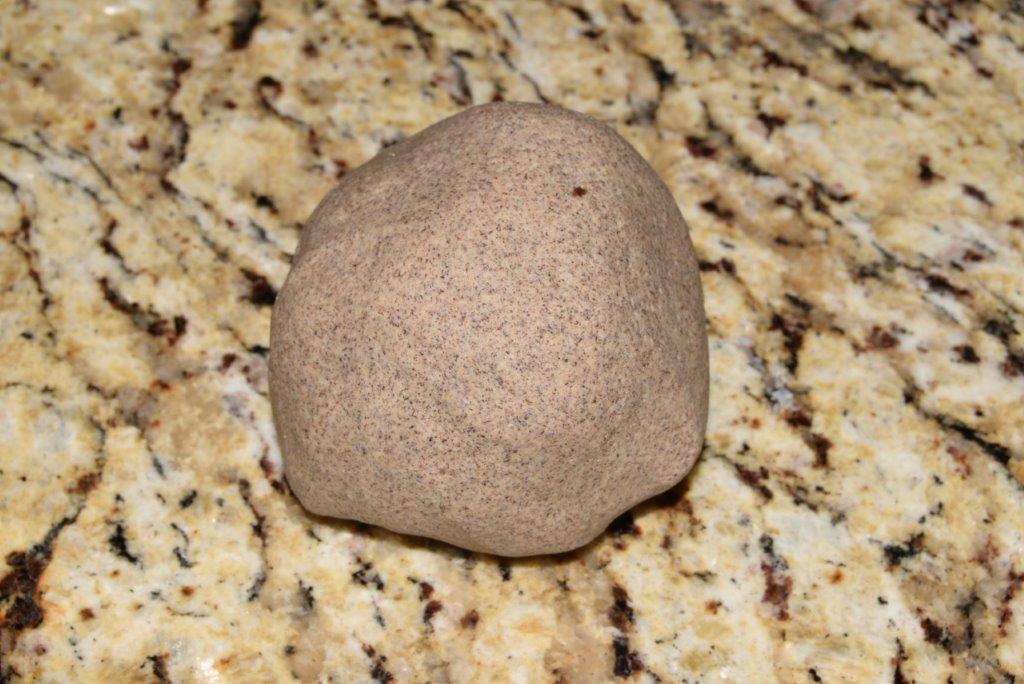 The resulting dough will be slightly glossy and smooth. 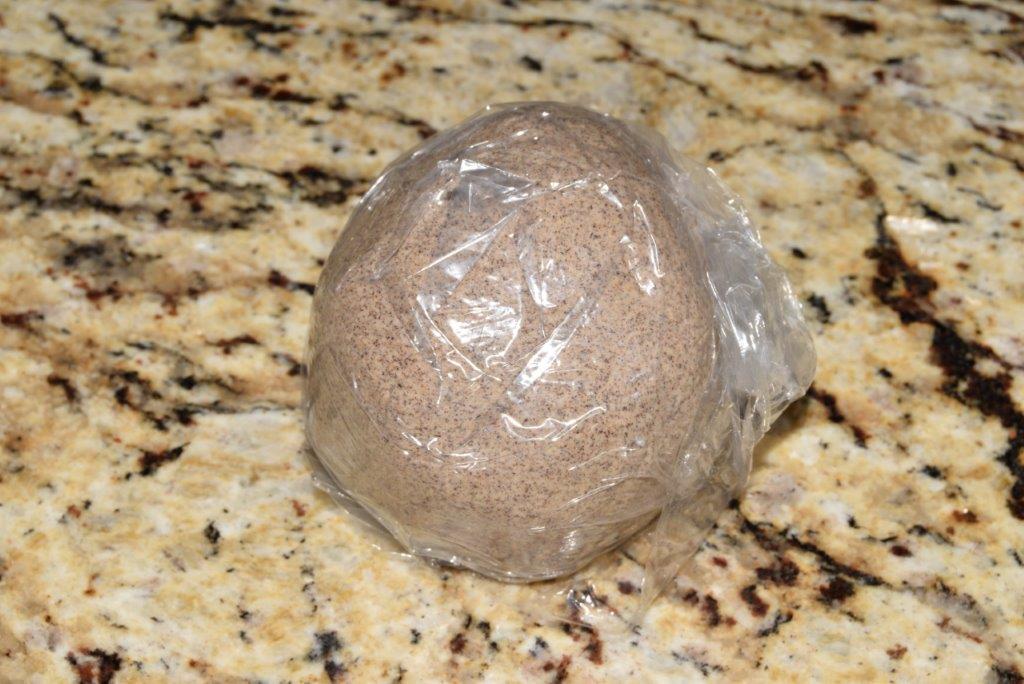 No self-respecting Japanese soba-maker would wrap the dough in plastic and leave it to sit in the fridge for 30+ minutes – but Italian pasta-makers do and I am all about developing the gluten! 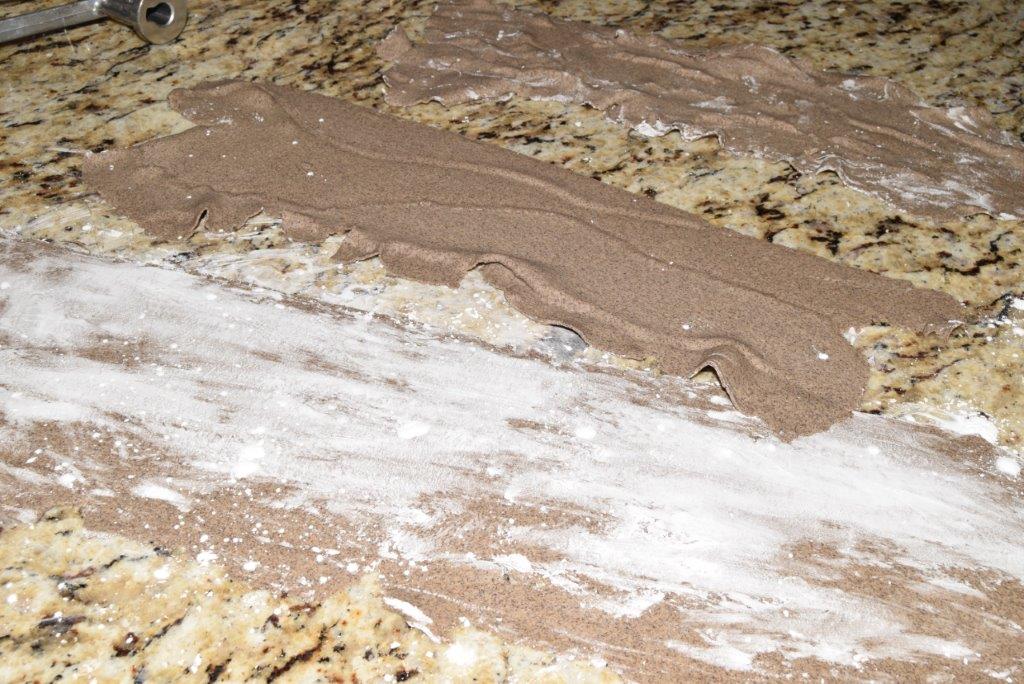 Once it has been rested, roll it into sheets, just like pasta. Believe it or not, the bottom sheet has corn starch over it, the others do not. The corn starch prevents the soba from sticking. Don’t forget the cornstarch. 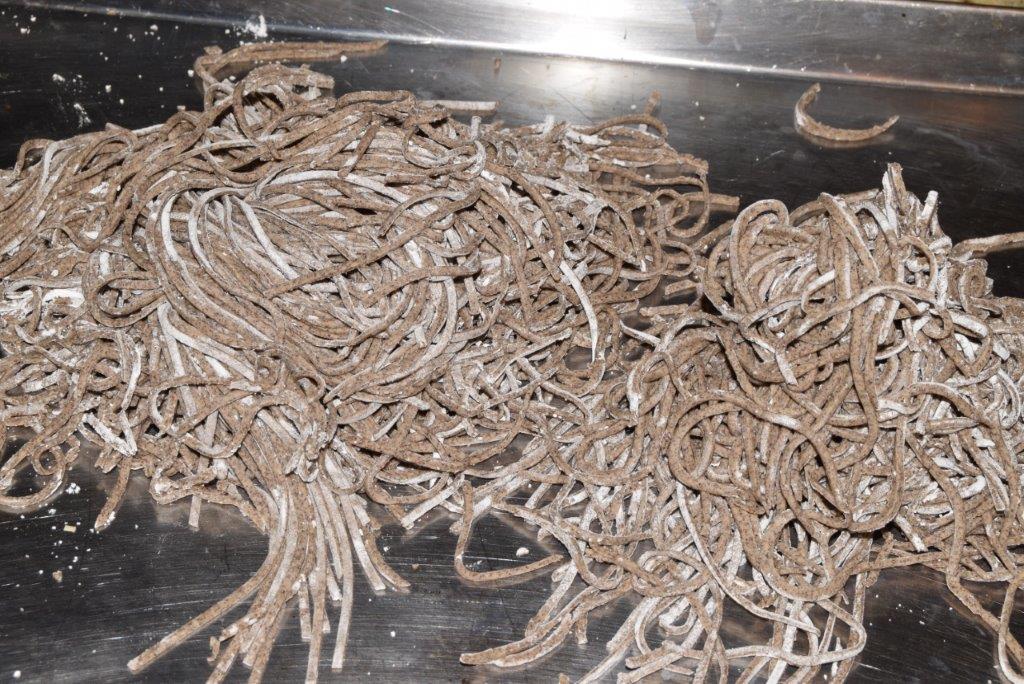 Once passed through the cutters (Spaghetti), the fresh soba is ready to cook. Make sure that there is plenty of water in the pot and that it has come to a rolling boil.

3 minutes is all you need. Enjoy!