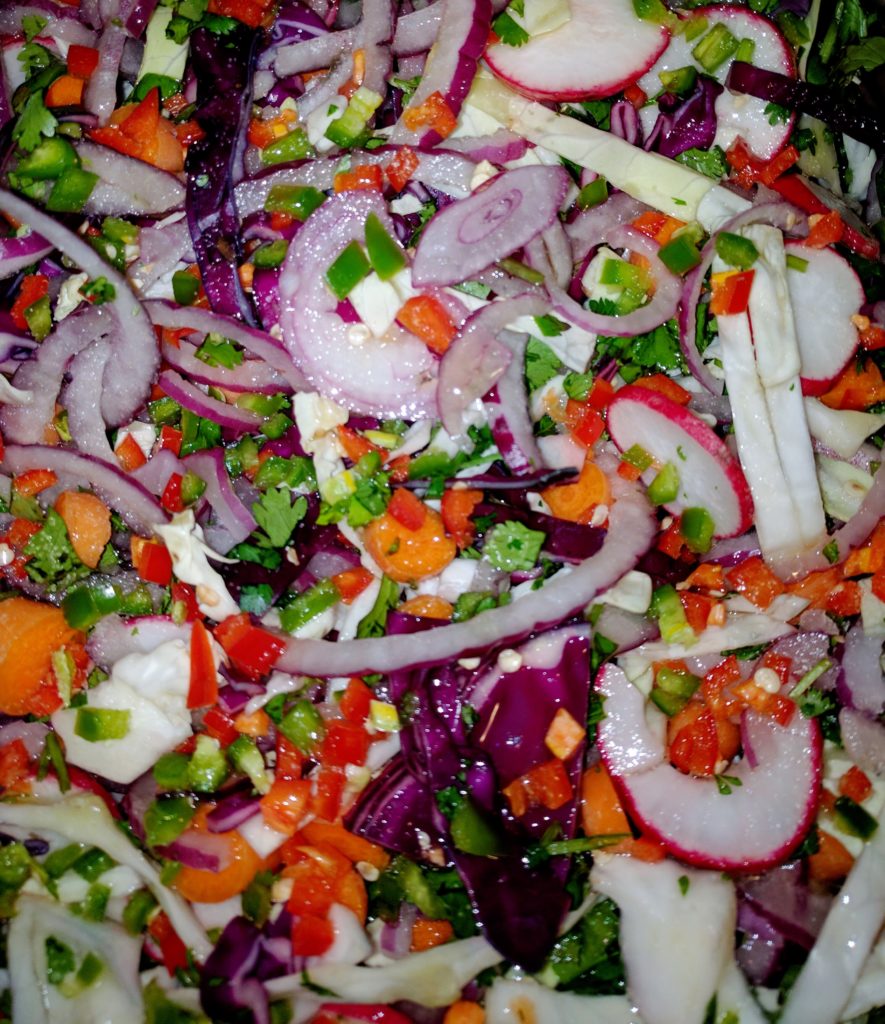 We all have our favorite TV chefs. Some of you may be lucky enough to have your own favorite chef in real life. Karl and I are big fans of David Chang (Momofuku, Lucky Peach) and Madhur Jaffrey, the woman who brought Indian food to British homes in the same way that Julia Child brought French cuisine to America.

No British foodie can deny the incredible impact that Jamie Oliver has had on the British kitchen. His boyish good looks and irrepressible enthusiasm has made him a darling of a whole new generation of cooks. Us old-timers can learn a thing or too from him well.

This week I am too busy to cook and almost too busy to blog. I have a chicken coop to shingle, an out-of-town guest to prepare for, a new (old) car to put to rights and the laundry is piling up in the corner of my bedroom. Any minute I am expecting it to self-locomote!

So a trip to Jamie Oliver’s web site caught the attention – especially his quick and easy Mexican Street Salad. 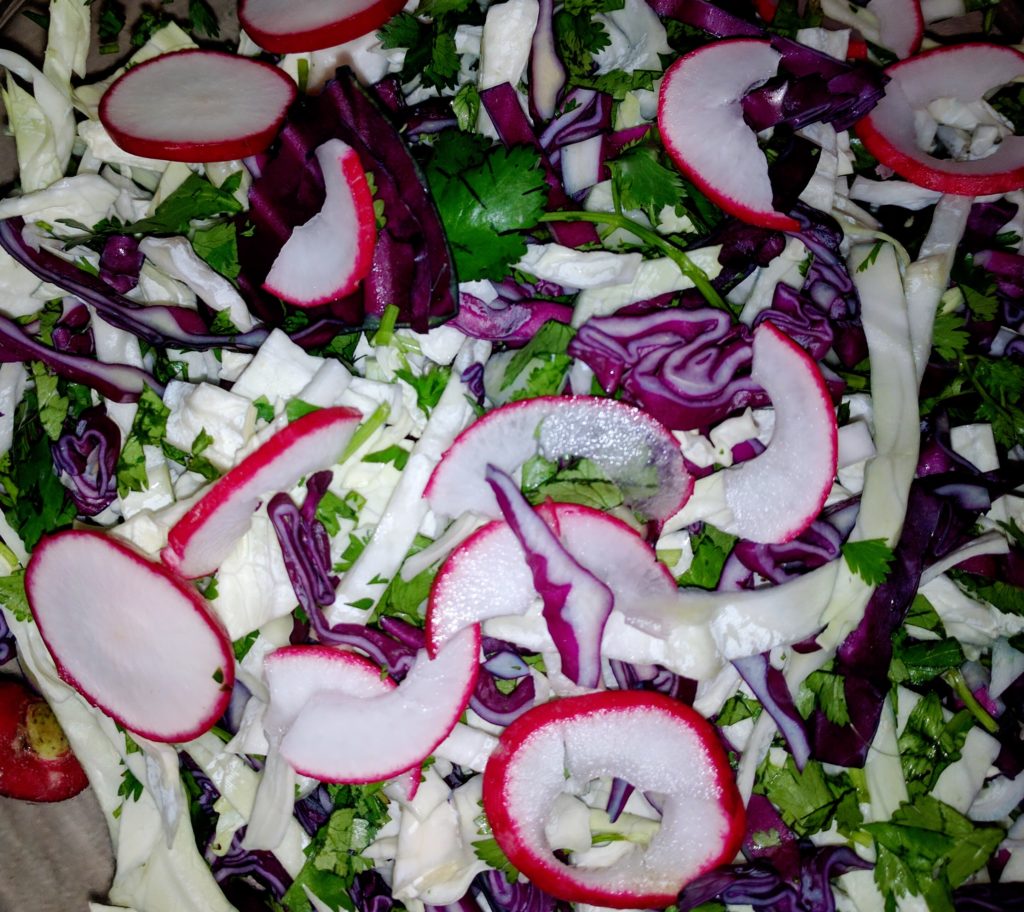 Now I am on record as lazy. You would think that this fact would mean that I fully appreciated the time saving qualities of the food processor. Jaime uses one to produce a very fine shred of the cabbage and radishes. I hate all of those dishes and blades. Since my knife skill are fair (and I would recommend that you all spend time working with your chef’s knife and getting both comfy and speedy), I opted for a more rustic shred and time well spent at the chopping board. It is surprisingly quick and also therapeutic.

Jaime is careful about adding the red cabbage and red onion last, so that it doesn’t “bleed”, but, frankly, I did not have any bleeding. In addition, I had this salad every day for the next three days. It did wilt slightly, but was crunchy to the final day – most of which is due to the rustic shred. Had the shred been finer, the salad would have been mushier when it wilted.

Play with it. This is one of those recipes that can be tinkered with, endlessly.