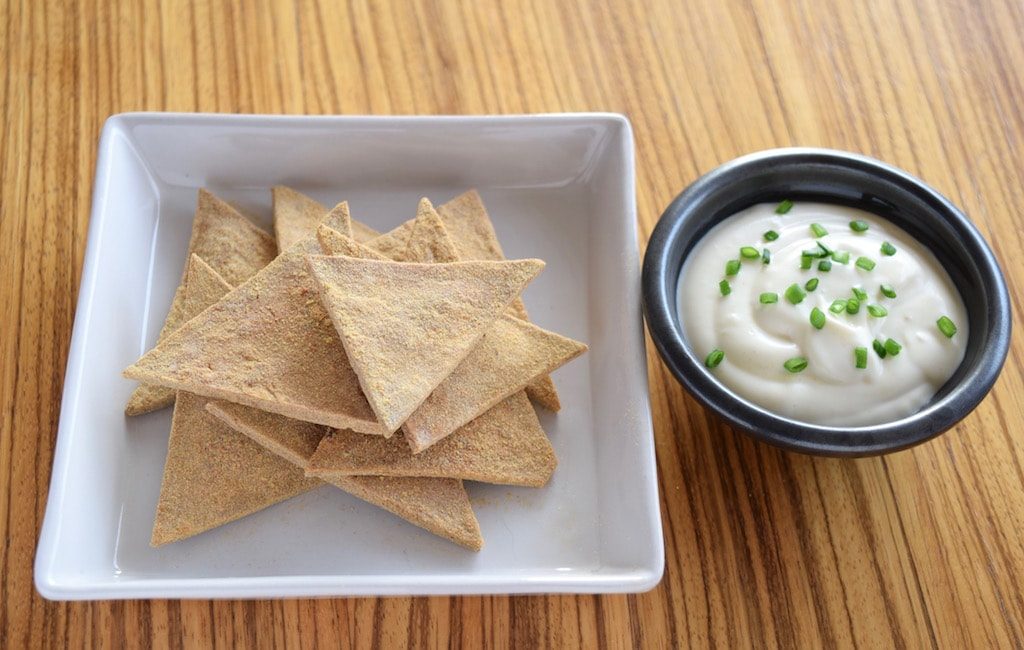 Making these Dorito copycats has been on my radar for some time, but some of the ingredients were really difficult to find. But using copycat-related comparisons, if the flavor of Doritos is a lion, these chips are a tiger. But if the crunch, mouth-feel and snap of Doritos are a kitten, these chips are a lion, in that they’re really tough and overly crunchy. I chalk that up to the quinoa flour they’re made from.

But I digress. As I mentioned, three of the needed ingredients—tomato powder, green pepper powder and red pepper powder—for the chip flavoring are tough to come by. I did find some online, but they were overpriced and the shipping costs were ridiculous. So, instead of spending more than $20 for three small bottles of these spices, I dropped $125 on the machine to make them: a high-quality food dehydrator. I’m sure you’ll see some upcoming posts on dehydrated food experiments, so stay tuned for that.

Making the spice mix is easy, but making the actual chips is the flawed part of the recipe. I will try them again because the spice mix tastes great, but I’ll investigate using a different type of flour to get a different consistency of chip. From my perspective, there are three major flaws with using quinoa flour: 1) the “dough” is nearly impossible to work with, 2) the chips taste a little like quinoa (which sucks), and 3, the baked chips are a little too tough to be enjoyable.

That said, if you can manage to roll out the chip dough thin enough, the chips wouldn’t be so thick and tough. I just found it impossible to make these any thinner. Perhaps you’re more patient and skilled.

The recipe, by the way is from Bon Appetit, which usually provides tried and true recipes. But now that I’ve denigrated the recipe to a large degree, I encourage you to try these, though the magic is in the spices, not the chips.

For the spice mix:

Blend all ingredients together in a spice grinder or whatever tool you use, then set aside.

In a mixer with a dough hook, mix the quinoa flour and sea salt together, then gradually add water. The dough should gather into a ball, continue kneading with the hook for 2 minutes. Let the dough rest for an hour while covered with a damp towel. This step is crucial, using the full cup of water will result in a sticky, gooey mess. Only add enough water for the dough to ball up. By the way, I did not use a dough hook, just a bowl and spoon, which worked just as well.

Pinch off the dough into 1.5-inch balls. Dust your counter and rolling pin with quinoa flour, then roll each ball into rounds about 8 inches in diameter, or as thin as you can while still being able to move the dough to a fry pan.

Heat a skillet on low-medium heat, and spray it with a little cooking spray. Put in your tortilla-shaped dough round and cook it for about 30 seconds until it rises a bit and darkens somewhat. Turn it over for about another 30 seconds, then remove to cool on a rack. Repeat for the rest of the dough.

After cooled, cut the tortilla-shaped dough patties into the shape of chips that you want. I found that a pizza cutter worked well for this.

Bake them in the oven at 300 degrees until crispy.

Remove from the oven and immediately toss with the spice mix. 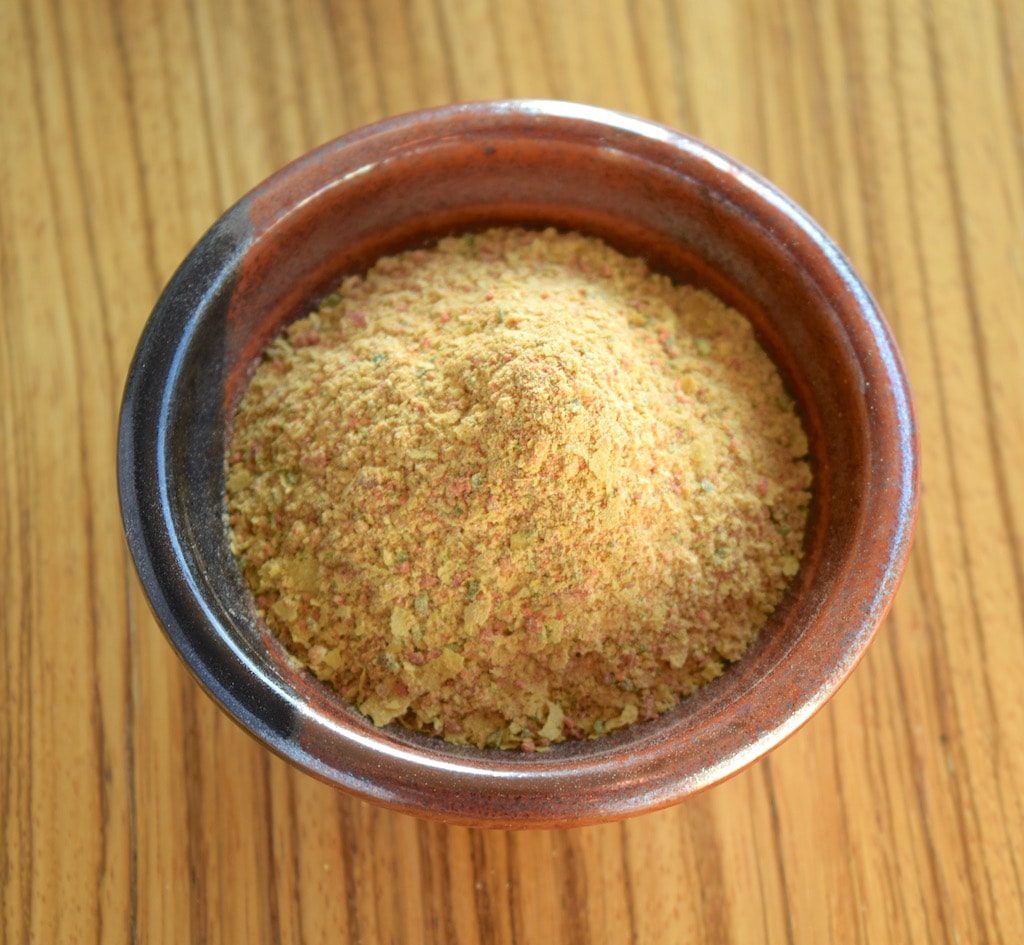 The spice mix, after going through the spice grinder.