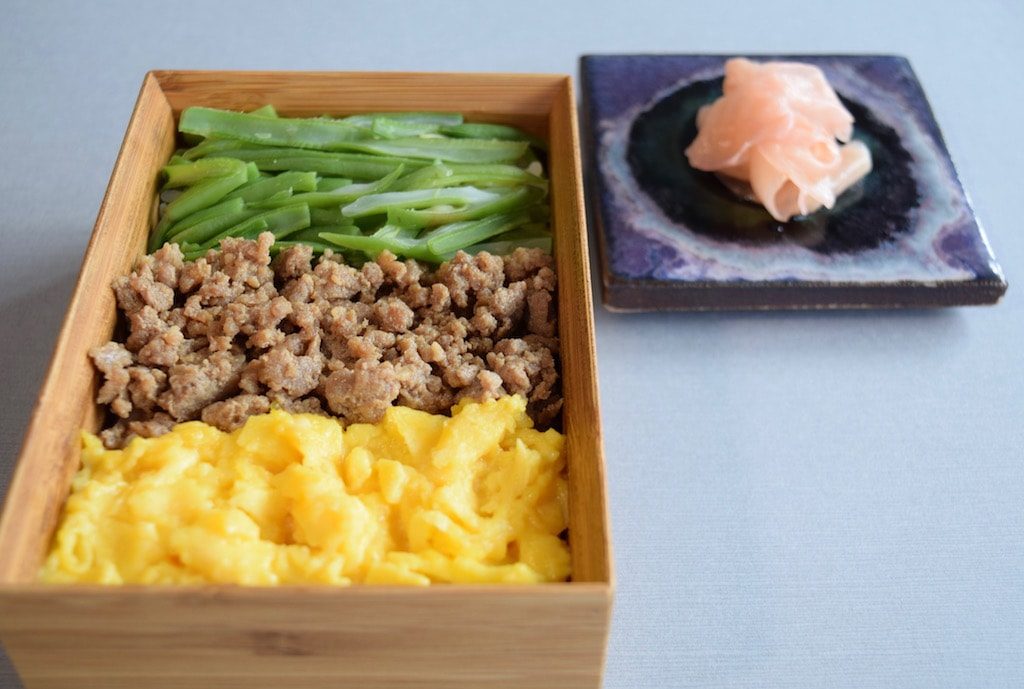 The Japanese have rice-based packed lunches (bento) down to a science, and Sanshoku Bento is one of best. Besides lunch, though, Sanshyoku Bento could be a light dinner.

The bento I made included egg, ground pork and beans, but others use ground chicken, peas or even spinach. All varieties taste super good, but it’s really the colorful presentation that’s the highlight of this dish.

The Feral Cooks base their sanshoku bento on a recipe from “Everyday Harumi,” by Harumi Kurihara. She’s a noted Japanese cooking personality who’s often called “the Martha Steward of Japan,” though I do believe she’s managed to stay out of prison. The one thing about Kurihara’s book, however, is that many of the recipes test the endurance of one’s taste for salt. I usually halve the sodium-laden condiments and salt that she calls for, and the dishes are still even a little salty.

The recipe I’m giving can be used at full strength, and it is a simplified version of Kurihara’s. 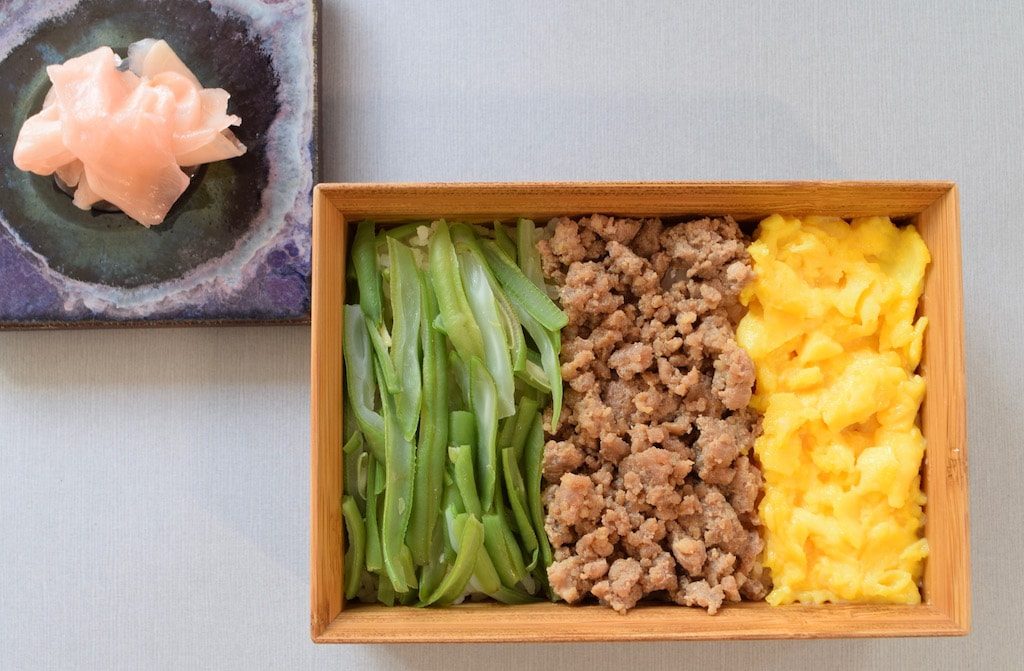 For the ground pork:

*I actually used this ratio, and it tasted just fine:

For the scrambled egg:

Cook the rice by whatever method you like to use.

While the rice is cooking:

In a cold fry- or saucepan, add the ground meat (chicken or pork, not beef), soy sauce, mirin, sugar and sake. Heat to a simmer, mixing the liquids and breaking apart the meat. Let it simmer until nearly all of the liquid has been absorbed or cooked off.

While the rice and meat are cooking:

Beat the eggs in a bowl and add the sugar, sake and however much salt you want. Begin cooking the egg mixture on medium heat, then turn the heat to low and stir the eggs until they are light and fluffy.

At this point, the rice, meat and eggs should all be done, or very close to done. Keep them warm while you….

Cook or heat up the beans. When they’re done, rinse with cold water and slice them lengthwise into strips, if you wish. I was lazy and just used frozen French-cut beans.

To assemble, put a layer of rice on the bottom of a bowl or bento box. Then add the meat, eggs and beans, keeping them in their own “lanes.”

Serve hot or at room temperature (if you dare). 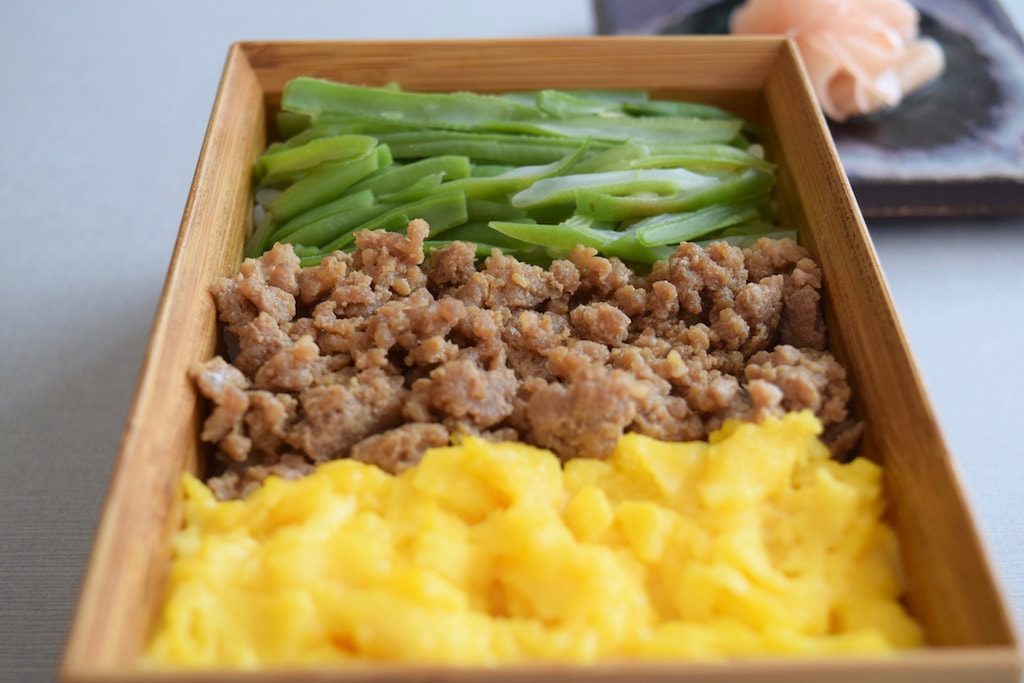