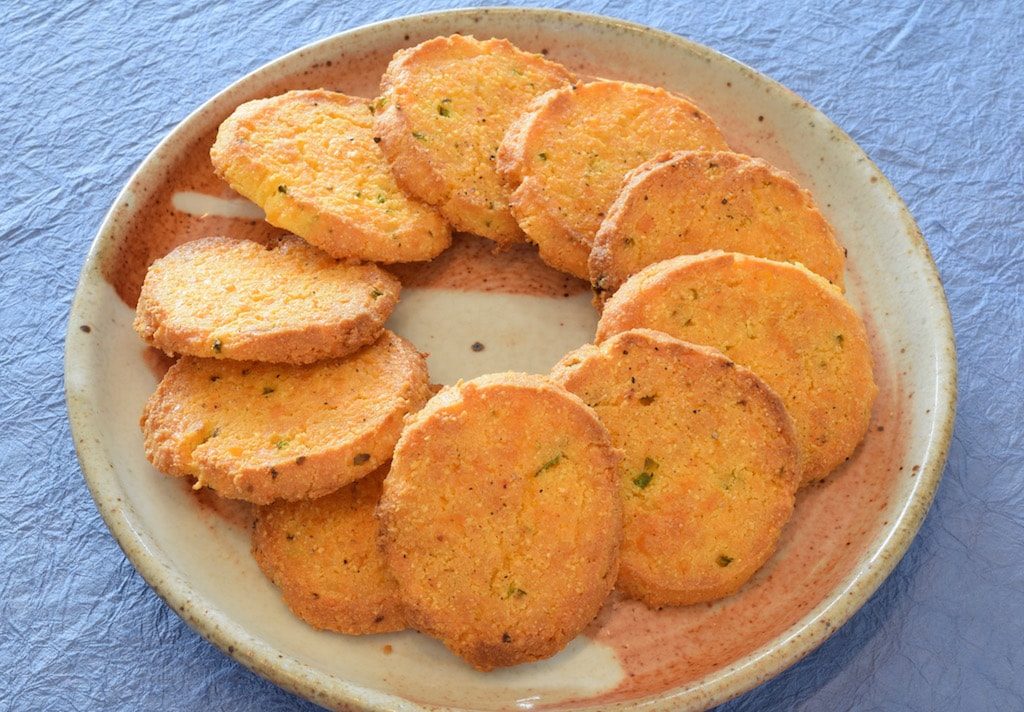 I choose much of what I cook based on either the food’s appearance or the ingredient list. The photo I saw posted for these biscuits is what initially drew my attention. Then I read the ingredient list and knew that I wanted to make them. I’m glad I did, because they taste great.

Working with the coconut flour in the recipe led to a curiosity in using it for other foods, so stay tuned for that. The coconut flour makes these biscuits very low carb, but they are in no way a healthy food: there is tons of fat from cheese and butter. But if you’re trying to reduce carbs or control blood sugar, they’re a good snack.

I found the recipe for these here, but they were made with jalapeno instead of Serrano peppers. I find Serranos to be more flavorful, and they do pack more of a heat punch (which can be mitigated by seeding them), but the biscuits I made with them were not overly spicy. I can also imagine various cheese and pepper substitutions.

One difficulty I encountered while making these was mixing the ingredients. After the shredded cheese is further chopped up in the food processor, the “dough” quickly becomes too stiff for the processor blades to spin. Maybe if you had a high-torque machine, that wouldn’t be a problem. I solved the issue by throwing on a pair of nitrile gloves and finishing mixing the dough by hand.

Put all the ingredients into a food processor and pulse until either the motor starts straining or the concoction is smooth, whichever comes first. Finish mixing by hand, if necessary.

Place the mixture on a piece of parchment paper and roll into a cylinder, from which you’ll later slice the biscuits. Try to make the ends, flat, if possible.

Refrigerate the cylinder for no less than 30 minutes, so the mixture becomes cold and firm. This will greatly facilitate slicing the cylinder.

Heat the oven to 350F degrees

Cut the cylinder into slices. I made them about 1cm thick, for a total of 15 biscuits out of a 6-inch cylinder.

Put the slices (not touching) onto a parchment-paper-lined baking sheet and cook for 20-25 minutes, or until golden. 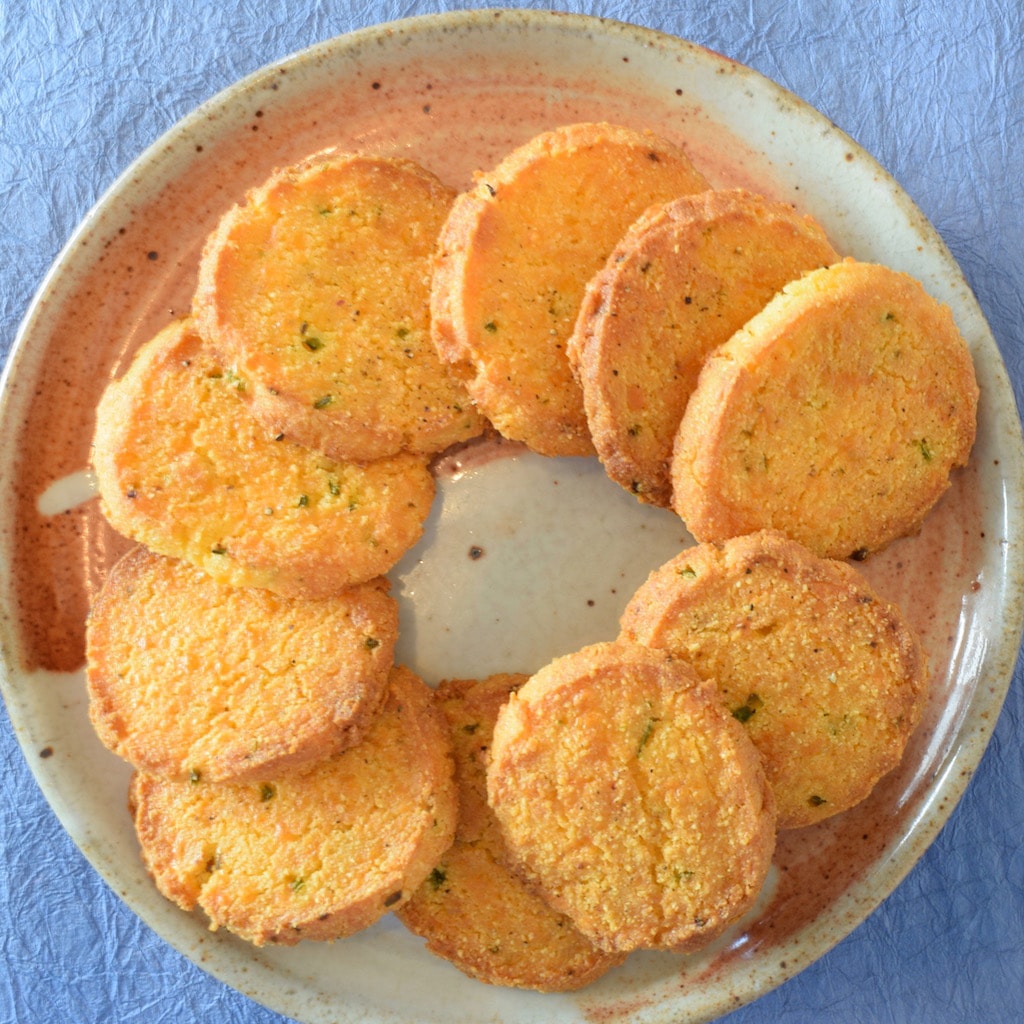