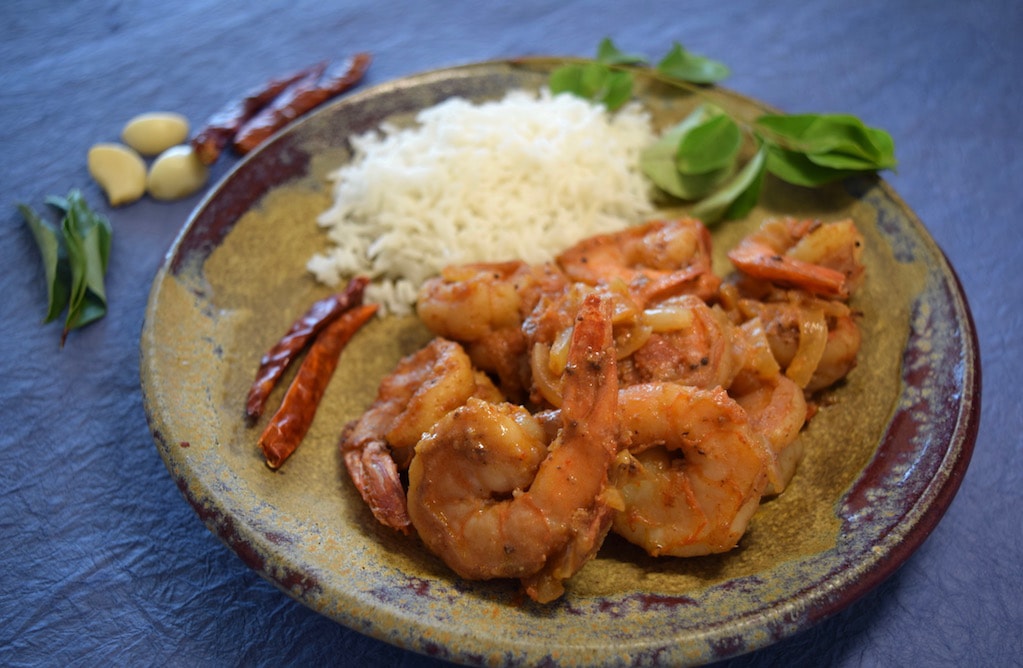 This is a very fiery Goan dish from western India. Goan cuisine is influenced, of course, by traditional Hindu foods, as well as by the Portuguese when they colonized the area for about 200 years beginning in the early 1500s. Balchaos are typically made with seafood, have lots of peppers, and are known for their intense flavor.

Keep in mind with this recipe that dried chilies are very hot, and using too many may render the dish virtually impossible to eat, unless you’ve already generated a tolerance for VERY spicy food. At the time of making and eating this dish, my wife and I had comparatively low tolerance, which led to drinking lots of water and eating lots of rice with the shrimp. That said, the leftovers did lose some of their heat after sitting in the fridge overnight.

This recipe easy to make, and it is perfect for a weekday dinner. There are many recipes of this type in Indian cookbooks and on the web, and this is an amalgamation of some of them. If you use more tomatoes and vinegar, you’ll get a dish with a more curry-like look to it.

For the flavor paste

Dry-fry the dried chilies, mustard seed, cumin seed, cloves and cinnamon at medium heat until fragrant and the seeds start to pop.

Remove from heat so they don’t burn, letting them cool a bit before adding them to a grinder. Also add to the grinder the ginger and garlic pastes and vinegar before grinding into a thick paste. Set aside.

Heat the oil in a fry pan and fry the shrimp until opaque, after which, remove the shrimp with tongs, leaving the oil in the pan.

Add the flavor paste and cook until the oil is released from the paste (it will get shiny).

Reintroduce the shrimp and heat up to serving temperature.

Serve immediately with hot basmati rice, or refrigerate for a day and let the flavors further develop. 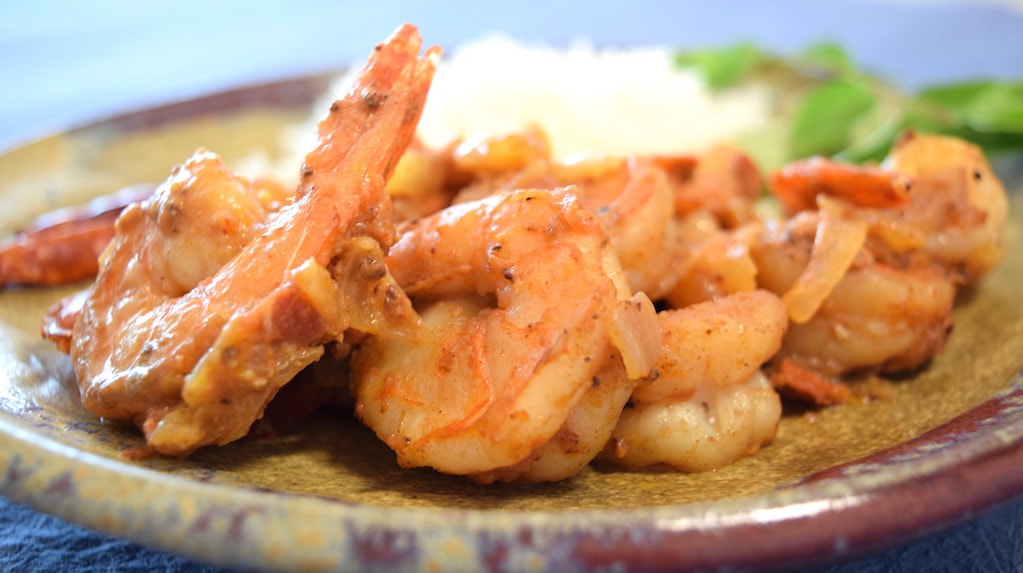