You are here: Home / Gluten Free / Shrimp with Cilantro and Garlic 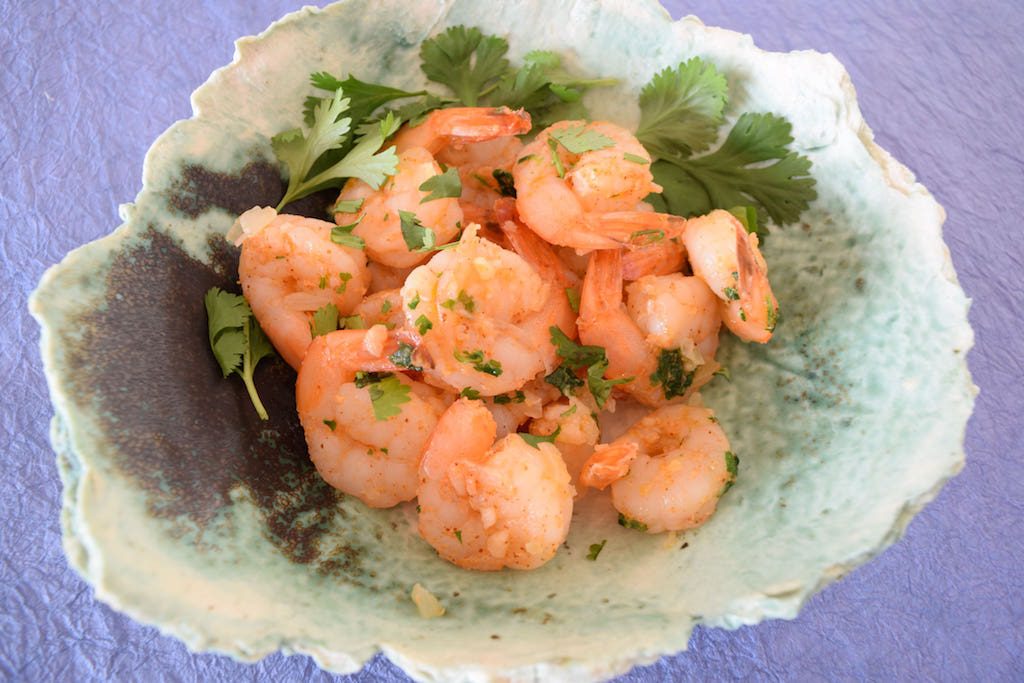 It seems like this is accidentally shrimp week at Feral Cooks. Neither Philip nor I had any idea the other one had it on the menu.

By the way, I have to point out that Philip gives me a fair amount of grief about my copious use of coconut milk. Now lo and behold, posted right on this website is a Philip-based recipe calling for not a small amount of coconut AND coconut milk. Gah!

The recipe idea for today’s shrimp came from a quick look in the fridge for ingredients, followed by a web search focusing on my available ingredients. I found a few recipes that seemed OK, so I chose one and began tweaking it.

The result is what you see here.

In a bowl, whisk 2T olive oil and the garlic lime juice, salt, fish sauce and cilantro, then add the shrimp to marinade for a couple of hours in the refrigerator. I actually put the shrimp in a freezer bag for marinating.

When you’re ready to cook, heat a fry pan to a medium-hot temperature. Add the remaining 1T of olive oil and sauté the shallots in it until they no longer smell raw (about 2-4 minutes).

Pour off about half the liquid from the shrimp and add the shrimp and remaining marinade to the hot pan. Stir or flip the shrimp until no longer translucent. This should take only a few minutes, if your pan is hot enough.