You are here: Home / Appetizers & cheese / Shrimp with Mushroom Pâté 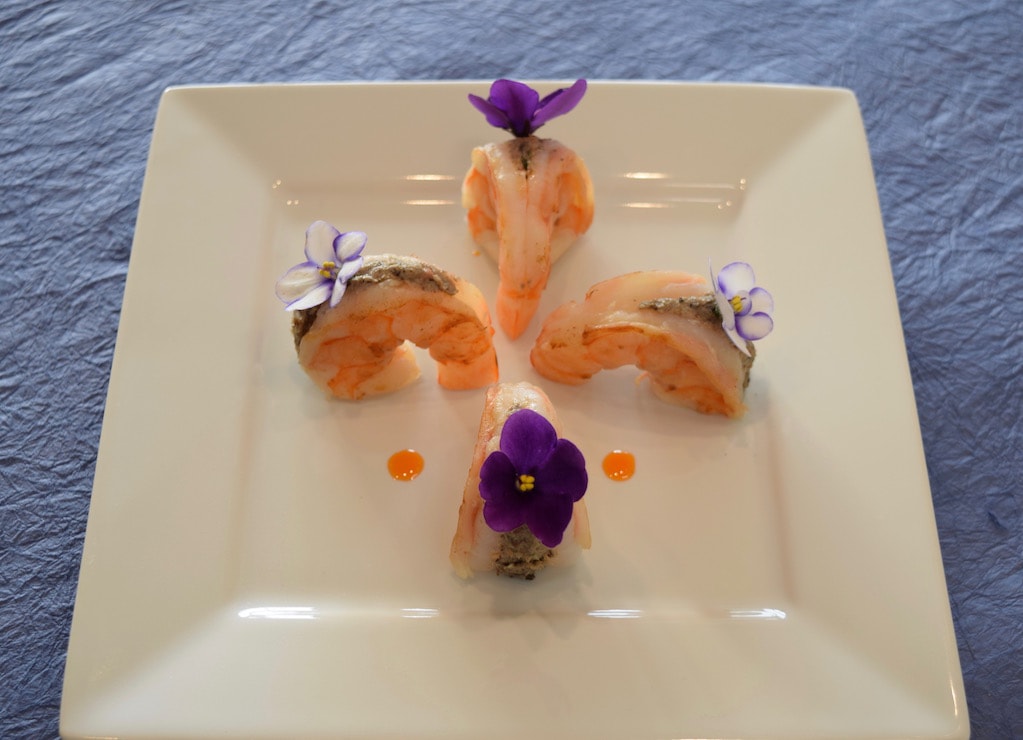 Most people would agree that shrimp tastes really good, no matter how its cooked (except overcooked) and what it’s served with. And if you’re a mushroom fan, an easy-to-make mushroom pâté is delicious on its own. Given that, logic dictates that joining the two would result in an appetizer that’s outrageously delicious. And it is!

My idea of making this appetizer came from seeing how the LA Japanese restaurant N/Naka presented their shrimp. Somewhat famous in LA, the head chef and owner, Niki Nakayama, has a legendary talent for both the food innovation and her meticulous attention to presentation. I had seen an episode about the restaurant on Netflix’s Chef’s Table and they clearly showed one of her shrimp presentations. Unable to get a screenshot of it, I did find a photo on this blogger’s restaurant review. 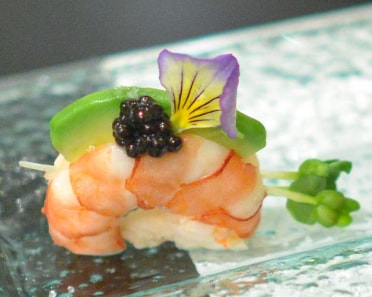 I was really impressed with the presentation, but really didn’t want to use avocado and caviar, so I thought a mushroom pate would work. Of course, I blatantly stole her use of an edible African violet as a garnish.

The truth is, the pâté is outstanding on its own, and is perfect or a number of uses, including on a mild-flavored cracker or crostini. My pâté is based on a recipe from Serious Eats, with some important additions and omissions.

For the shrimp, I used the largest I could find, which were 6-count per pound. I just peeled them and sautéed them in butter. Then, I cooled and trimmed them so they would stand up in an arch. The pâté recipe accommodates dozens of shrimp, so you will have extra. Easy.

Next, came the pâté, which was also easy.

What you’ll need for the pâté:

What to do for the pâté:

Heat up your broiler.

Do one of these two things

A: Put a wide and deep oven-safe braising on the stove over medium heat. Once it’s hot (I let mine get to 350 degrees) add the olive oil and immediately after, the mushrooms, garlic, thyme salt and pepper. Mix with a spoon or tongs until the mushrooms are coated with oil. Put about 5 inches under the broiler for about 15 minutes, re-tossing about halfway through. The mushrooms will brown from both the original heat of the pan, plus being under the broiler.

B: Heat a non-stick frypan to medium-high heat and add the oil when the pan is getting hot. Immediately add the mushrooms, garlic, thyme salt and pepper. Stirring often to prevent scorching. Cook until the mushrooms are cooked through and have become just a bit browned.

When the mushrooms are done, let them cool.

After the shrooms and garlic have cooled to room temperature, squeeze the garlic cloves from their peels and put them and the mushrooms in a small food processor or immersion blender with the Brie, bacon and lemon juice. Process until smooth.

Split the backs of the shrimp as deeply as you can without cutting them in half.

Carefully spoon in the pate, filling the shrimp as much as you can. Smooth out the pâté to improve the presentation. Poke a small hole into the pâté to insert a very short flower stem. The stems are not strong enough to just stick into the pâté.

Arrange and serve cool or at room temperature with chili oil. 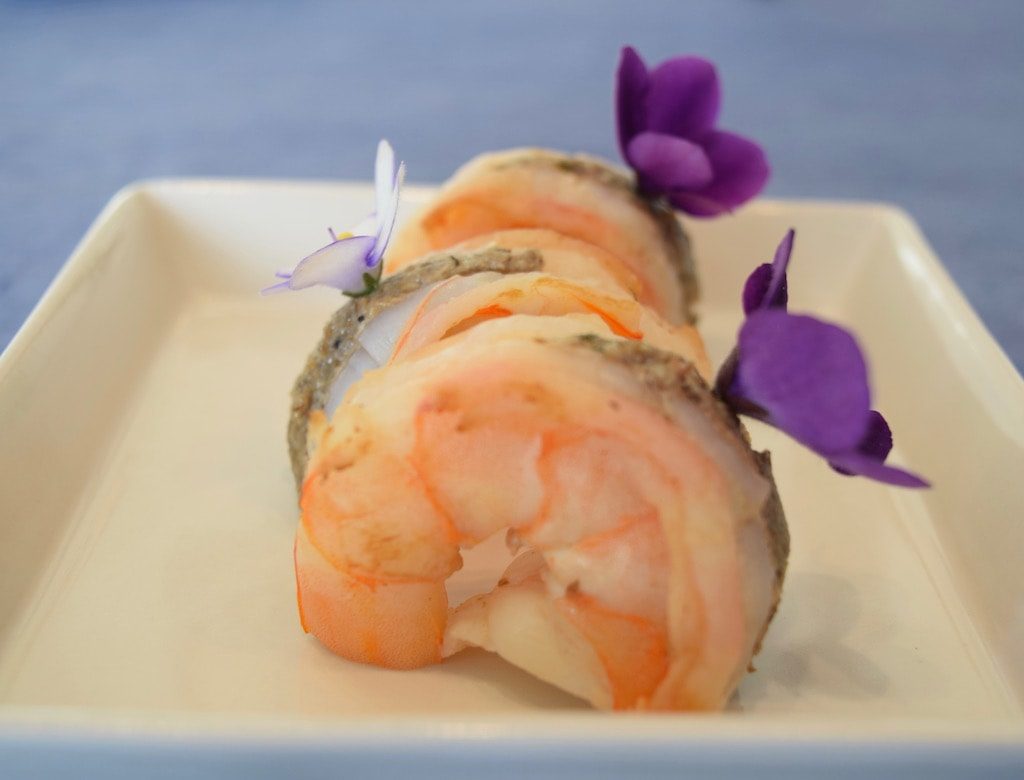 « Fall Projects – Storing Seeds For The Spring
Q: What’s The Difference Between a Chickpea and a Garbanzo Bean? »