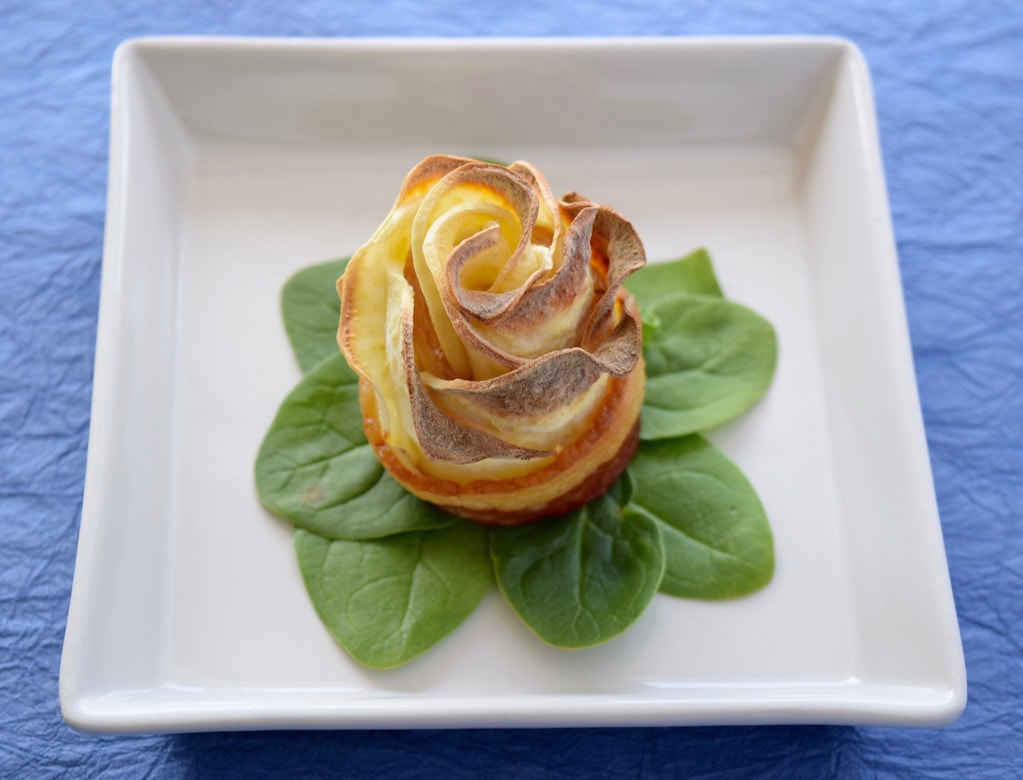 Making flowery, frilly food is not my thing, but I saw a blog post for these, and my wife urged me to give them a try. All in all, they’re pretty easy to make, though I’m not sure of their purpose, other than them being a unique way to present sweet potatoes. That aside, they are worthwhile to make because of the bacon.

To make these properly, you’ll need a mandolin, preferably a good one, unlike the cheap one that I have. You’ll also need a muffin pan or something similar shaped to put the assembled flowers into for cooking. Once you get that far, they’re a breeze.

After you’ve sliced the potatoes, toss them with the oil and spices.

Divide your potato slices into like-size groups. You’ll want about the same-sized slices for each of your flowers.

Lay out your half-wide pieces of bacon and start adding the potato slices along the bacon, overlapping each slice by about ¾ slice. This is why you want them thin. Add the slices down the entire length of the bacon. At this point, it should look like a row of sweet potato dominoes that were lined up and knocked over.

Beginning from the end at which you began adding the potato, carefully begin rolling along the bacon piece until you reach the end of the bacon. I thought this would be nearly impossible to do without getting frustrated, but that wasn’t the case. When rolled, carefully put the “flower” into a muffin pan cutout. Repeat until out of potato/bacon.

Bake at 325 for about 35-45 minutes. The tops of the potatoes will start to dry and get crispy, but keep them in the oven until you’re concerned they’ll start to burn. The bases take longer to cook and you want them done.

Remove from the muffin pan and serve hot. 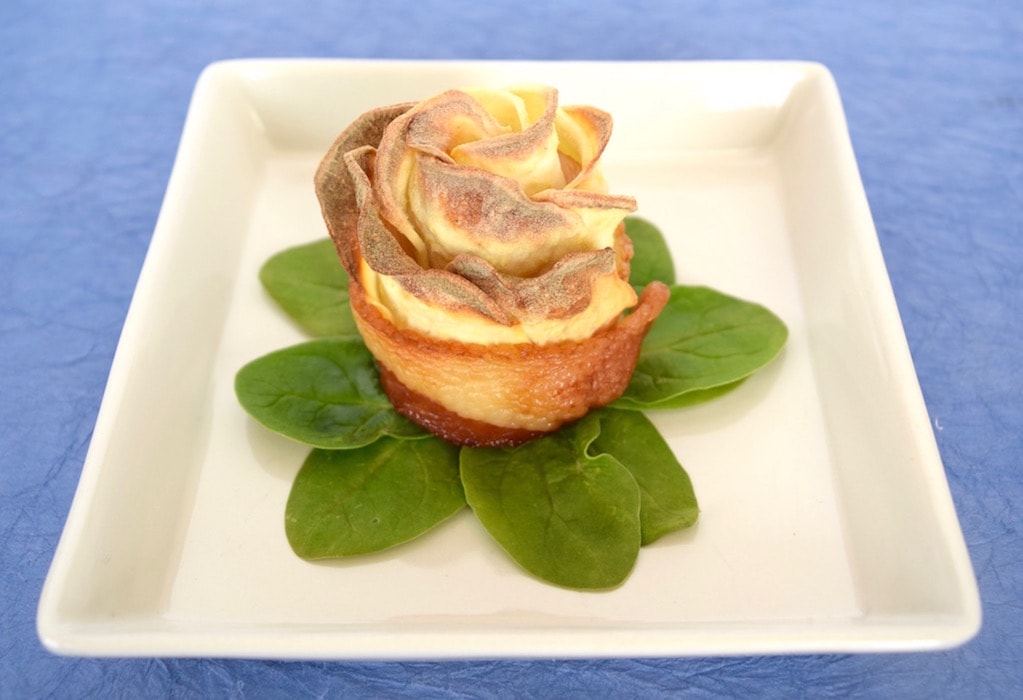