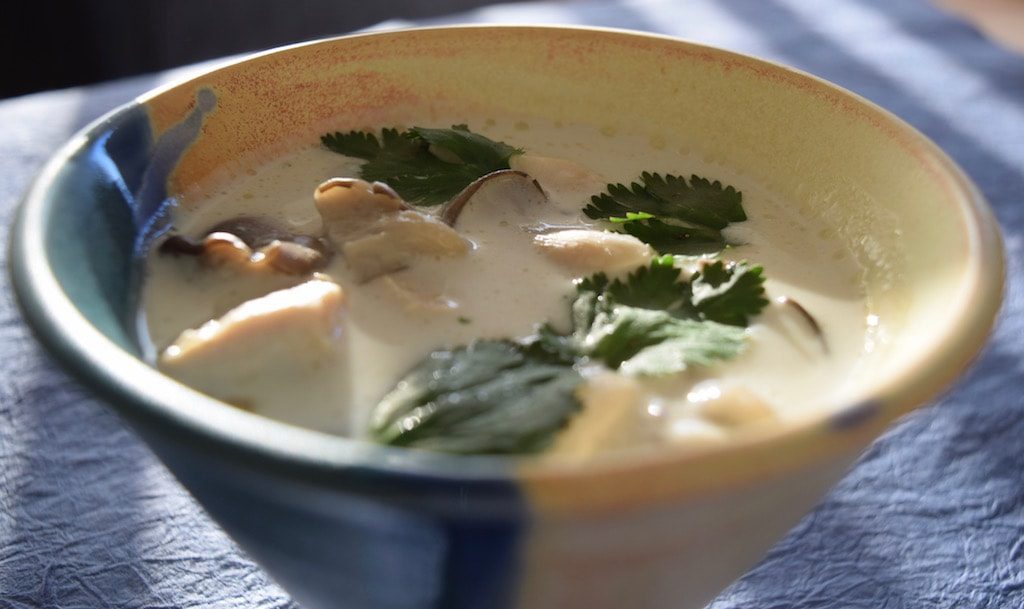 With cold weather around the corner, maybe it’s time to think about some hot soup recipes. Here’s a good one that I was sure I had posted before, but cannot find anywhere on the site.

Anyway, this is a simple and delicious September 2013 Bon Appetit recipe, which tastes better with a minor change—using more coconut milk.

Contrary to tom yum, this is not a hot and spicy dish. Its just flavorful from all of the herbs and, of course, coconut milk. 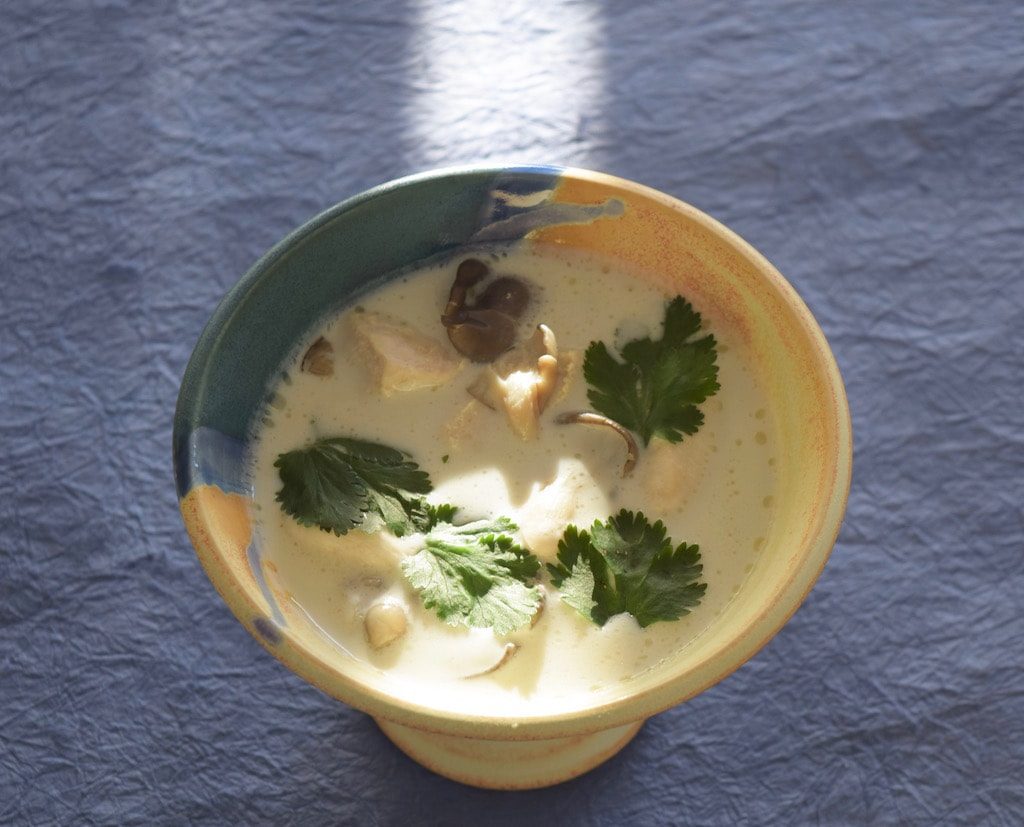 Smash the lemongrass pieces and the ginger—either the flat of a knife blade and your fist, or the back of a knife handle works well.

*Bring the lemongrass, ginger, lime leaves and chicken broth to a boil in a saucepan and simmer for 10-15 minutes. At this point you need to make a decision to use a cup less of broth and a cup more of coconut milk later in the recipe. While this adds tons of calories, it also makes for a creamier soup.

After simmering, strain the broth into a different pan/pot and discard the herb solids.

Add the chicken to the broth, and bring to a boil. Upon boiling, immediately reduce the heat to a simmer and add the mushrooms. Simmer until the chicken is cooked through. Be careful, though, overcooked chicken will become dry, even though it’s cooked in liquid. This step takes 20 minutes, give or take.

Turn the heat down to a very low simmer and add the coconut milk, fish sauce and sugar. 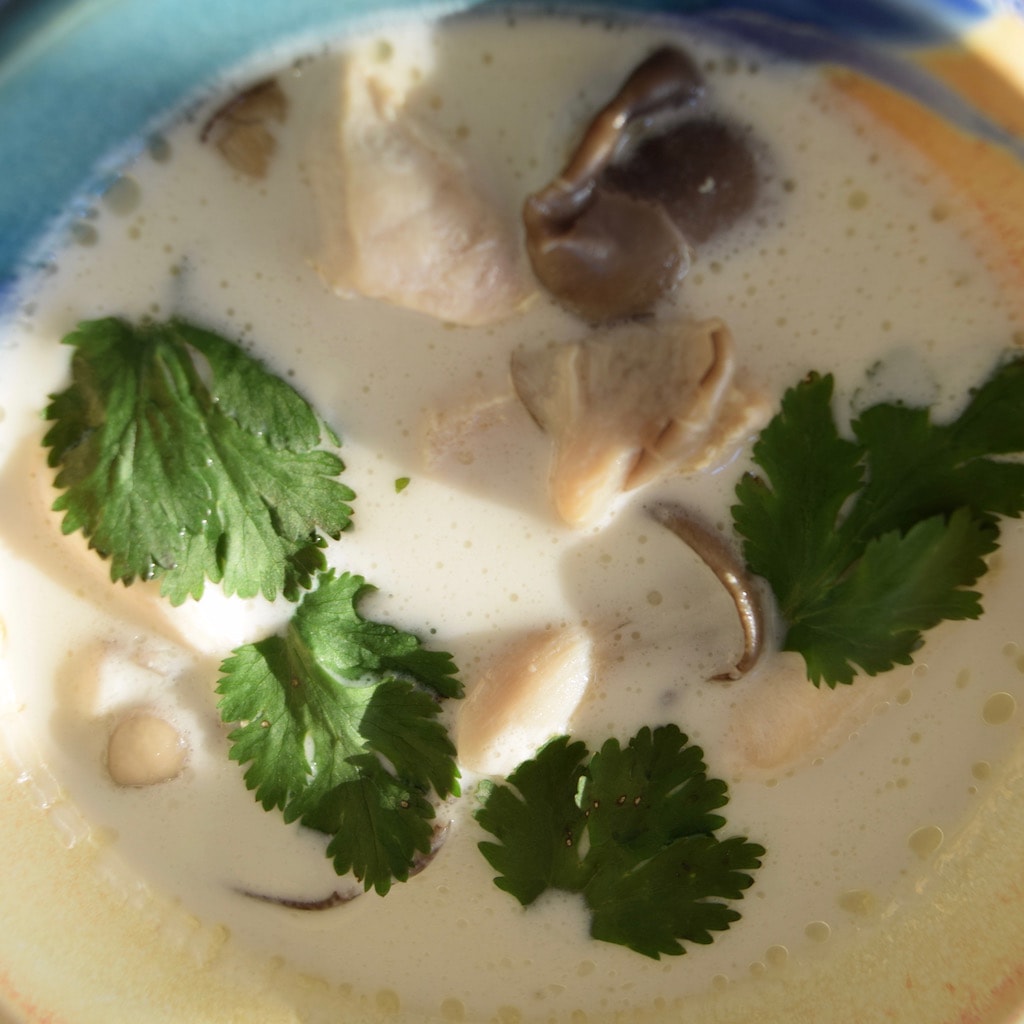