You are here: Home / Appetizers & cheese / Baked Brie and Bacon 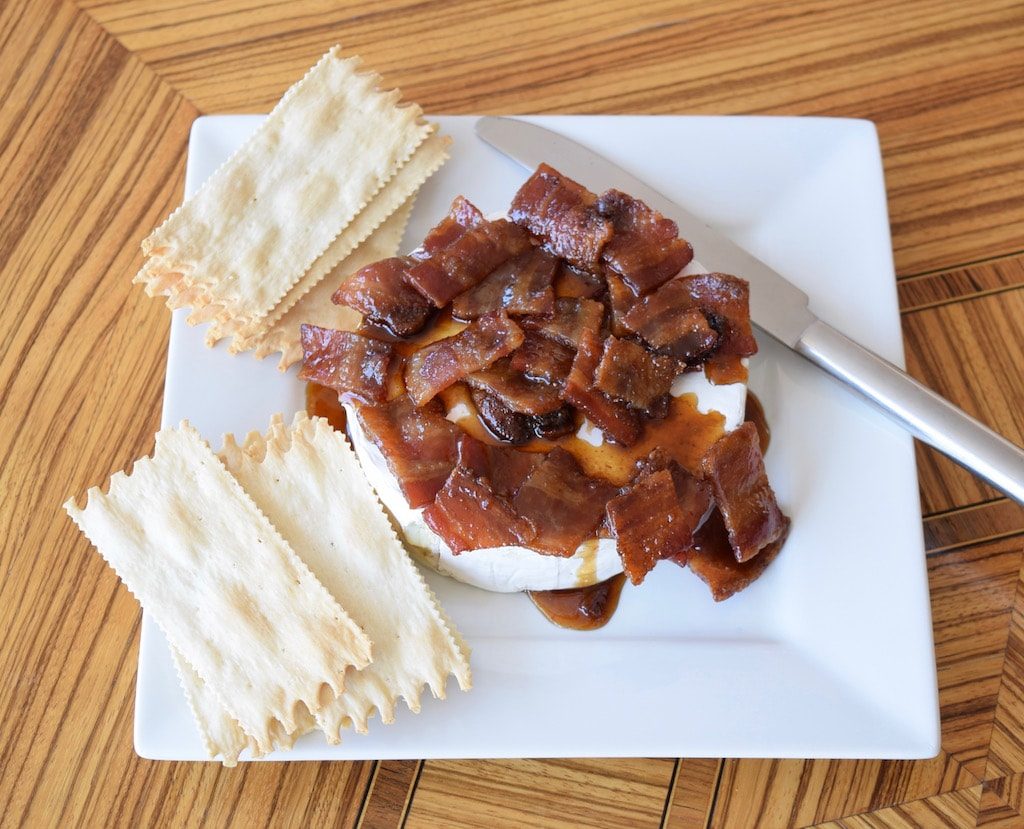 With a name like baked brie and bacon, this has got to be good! Here’s a take on an easy recipe with caramelized bacon topping a hot brie.

I’ve seen gazillion versions of this recipe, but mine is largely an amalgamation of a few of them. It’s easy and quick to make, and what originally drew me to make it is that it looks so appealing.

It’s perfect for parties and get-togethers, though for a larger group it may be a good idea to triple the amount of bacon and caramelization ingredients, and use a giant round of Brie. I used a basic small round, and there was more than enough bacon.

Heat oven to 400 degrees. Because the caramelized sugar will make a disaster of what it cooks in, line a rimmed baking sheet with aluminum foil. This will make for easy cleanup. Set a cooling rack or grate on the foil and either oil it or spray with cooking spray. If you omit this step, the bacon will stick to the rack like glue.

Place the bacon on the rack/grate in a single layer, with the edges touching each other. Spoon one cup of the sugar over the bacon slices. Bake for 15 minutes, then cool the oven to 300 or 275 degrees and continue cooking until the sugar has caramelized and the bacon is well cooked. This will take about 10-15 more minutes, but keep an eye on it. There’s nothing worse than a bunch of burnt sugar.

When the bacon’s done, remove it from the oven and let it cool until you can handle it. When ready, chop the pieces into about the size you see in the photos. Heat the remaining brown sugar, vinegar, syrup and ginger (if using) to a high simmer. Add the bacon, then back down the heat to a medium simmer until the mixture thickens a bit (2-4 minutes). Remove the ginger, if you used it.

Put the Brie on a baking sheet that’s oiled or cooking sprayed and top with the bacon/sugar syrup. Bake for 15 minutes in a 350-degree oven. Let it cool a bit (so the cheese isn’t too molten), and serve. 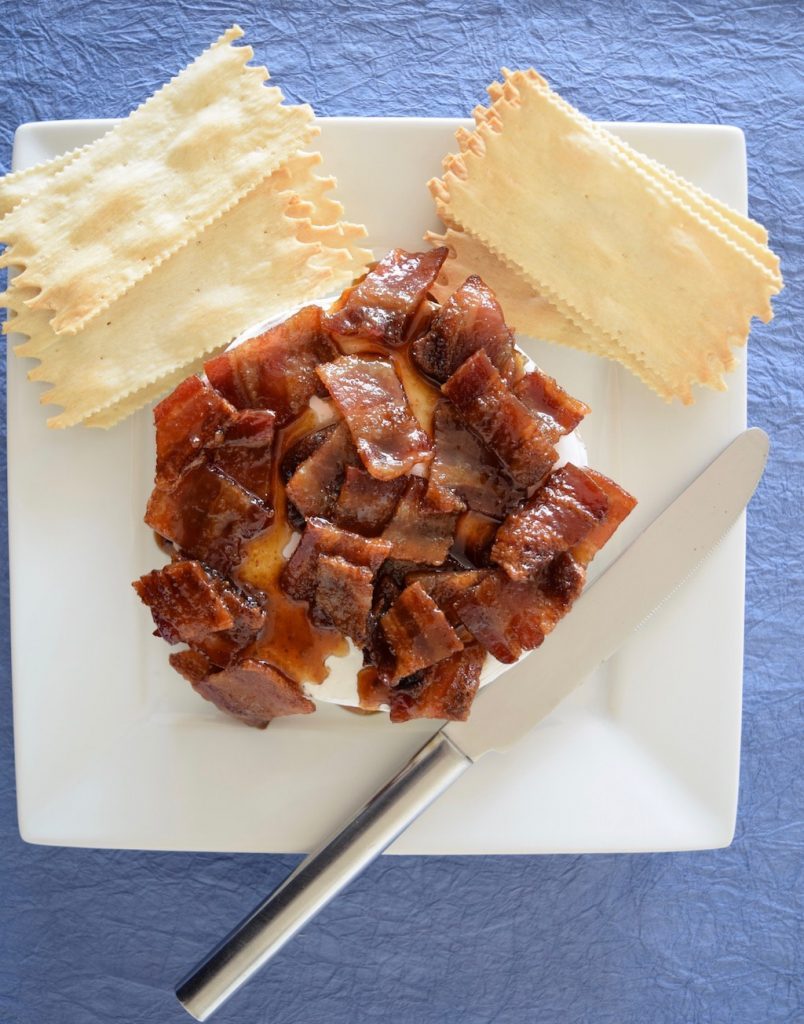