Life moves a little slower in England. Many in the USA return to work the day after Christmas, but 26th December is Boxing Day in Britain and parts of the former empire. Elsewhere, it is the Feast of Saint Stephen, the first Christian martyr. 26th is significant because it is the first day that those indentured in service were free to celebrate with their families. It was also the day when, traditionally, employers gave a seasonal tip, or “box”, to their employees. At any rate, both Boxing Day and The Feast of Saint Stephen are public holidays. This surprisingly long, list was cut and pasted from Wikipedia:

It is an official public holiday in Alsace-Moselle, Austria, the Balearic Islands, Bosnia and Herzegovina, Catalonia, Croatia, the Czech Republic, Denmark, Estonia, Finland, Germany, the Republic of Ireland, Italy, Luxembourg, Macedonia, Montenegro, Norway, the Philippines,[citation needed] Poland, Romania, Serbia, Slovakia, Slovenia, Sweden, Ukraine, and Switzerland. The date is also a public holiday in those countries that celebrate Boxing Day on the day in addition to or instead of Saint Stephen’s Day, such as Australia, Canada and the United Kingdom. 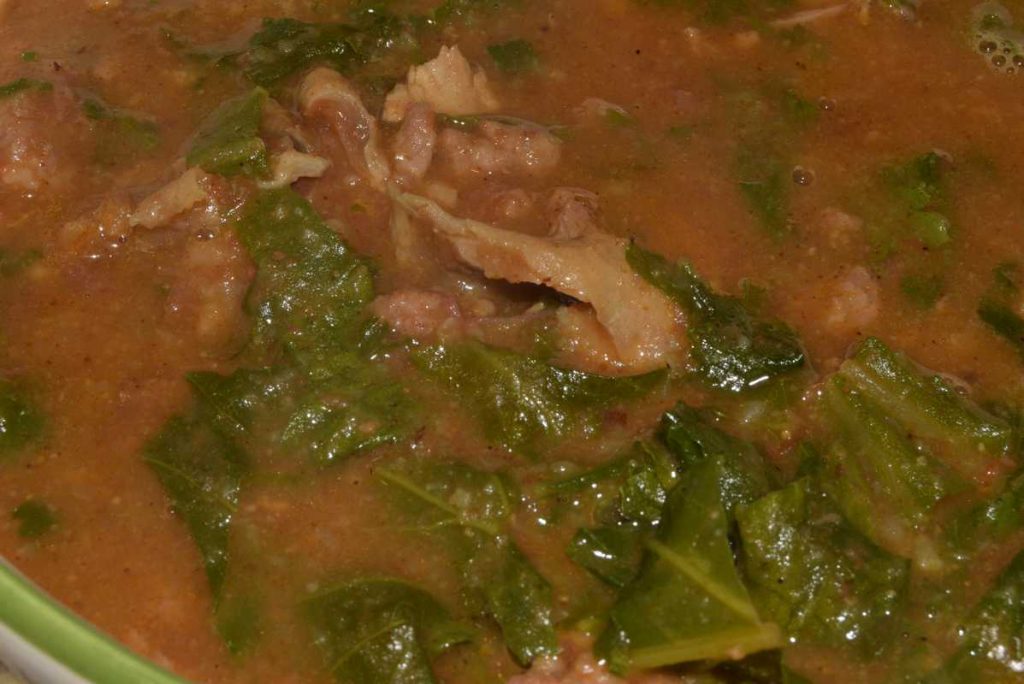 Nowadays, Boxing Day is about sporting fixtures and the beginning of the Post-Christmas sales season in the shops.  Still, it does prolong the Christmas spirit just a little and provides most families with an opportunity to clear some of the leftovers from the refrigerator. 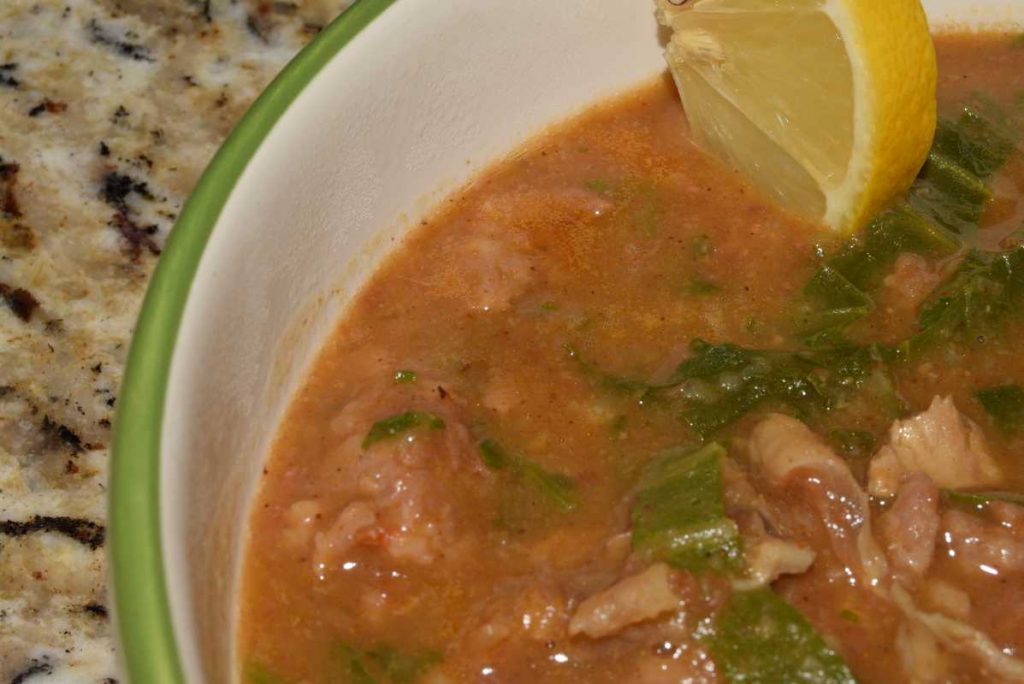 As far as I know, this is the first time that two of us have posted the same dish. Tony posted an outstanding version of this classic Portuguese/Brazilian soup. I had a bunch of leftovers after Thanksgiving and decided that they lent themselves to a rather peculiar version of Tony’s fine effort. See Tony’s original post here. You won’t find chorizo hanging around in the back of my fridge, but you will always find some form of sausage and while hipster kale is not really my thing, most of you know that, along with smoked turkey neck, ham hock or some other replacement for fat-back, I can usually be relied upon to have some form of greens – mustard, collard etc. 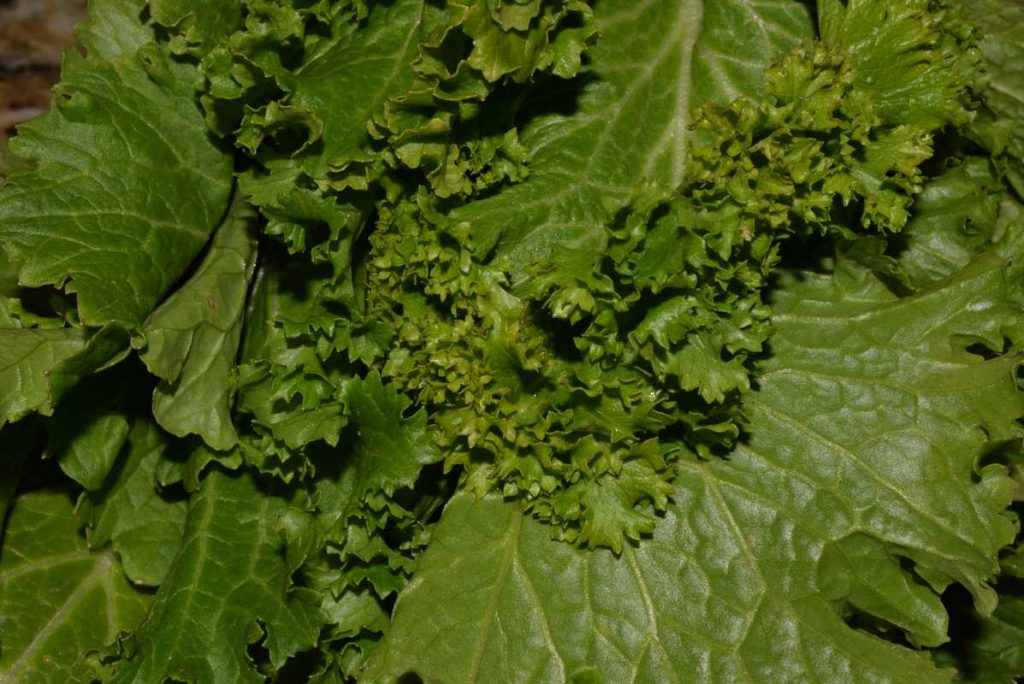 Some of you may have noticed that I rarely use thickener in sauces or gravy. I try to avoid unnecessary carbohydrates and thickeners is sauces rarely add anything (oftentimes they actually blunt the flavor of the sauce) and so I elect to go the  soupy route instead. I had just read about a soup that used Cannellini Beans, blended into the stock, as a thickener and thought that sounded like a good way to get a velvety texture and a subtle layer of flavor into the soup. 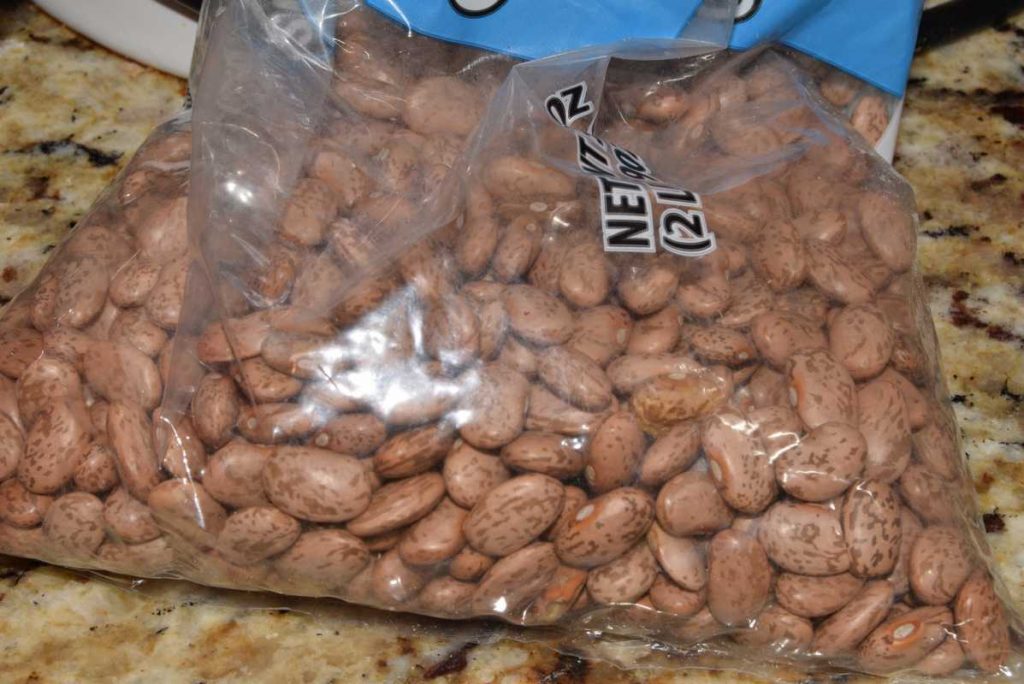 However, upon closer inspection, I realized that I did not have white beans of any variety in the pantry. I do not keep canned beans on hand. Now that I have an electric pressure cooker, I am only an hour away from edible beans from their dry origins. I want to underline that this is about leftovers and using what you have to hand, instead of heading out to the store. This is probably a recipe that only its mother (or father) could love – but it was delicious and I do not know that I would change a thing. 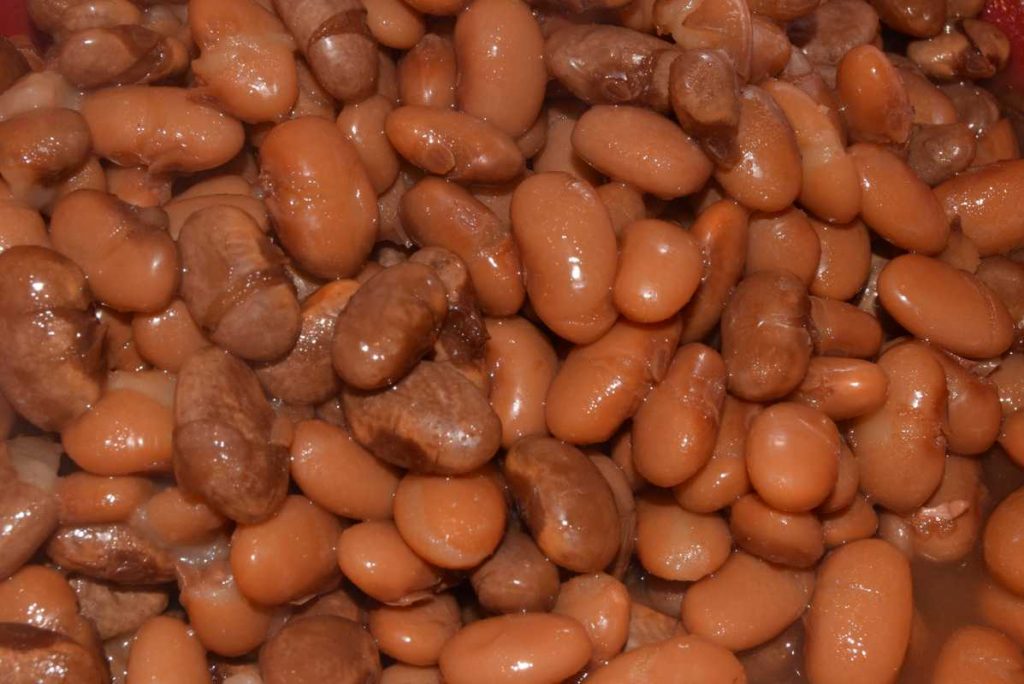 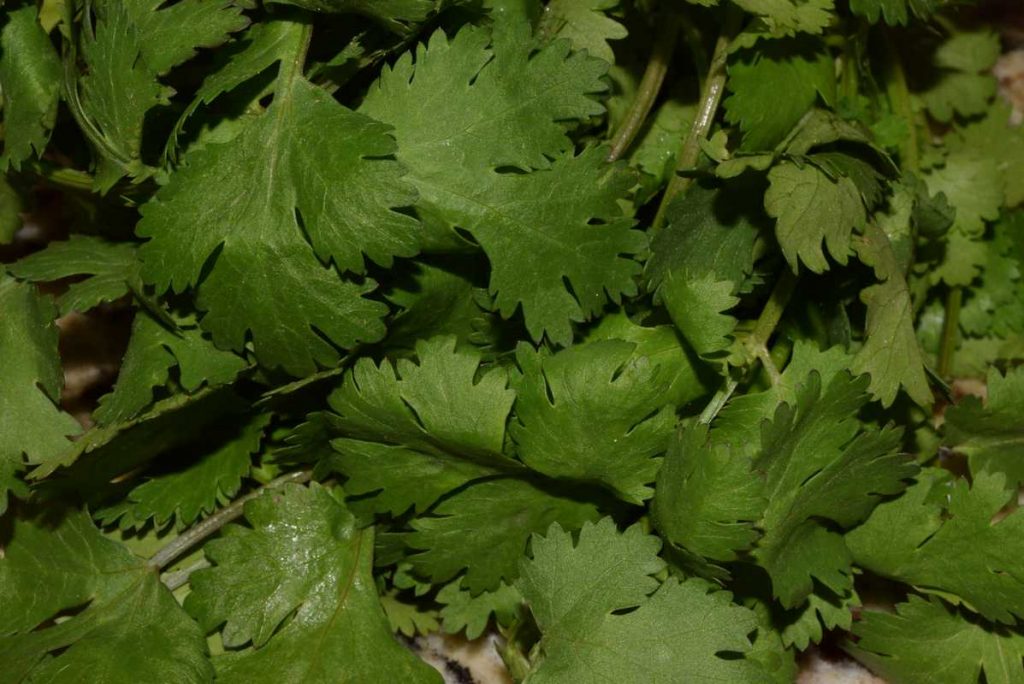 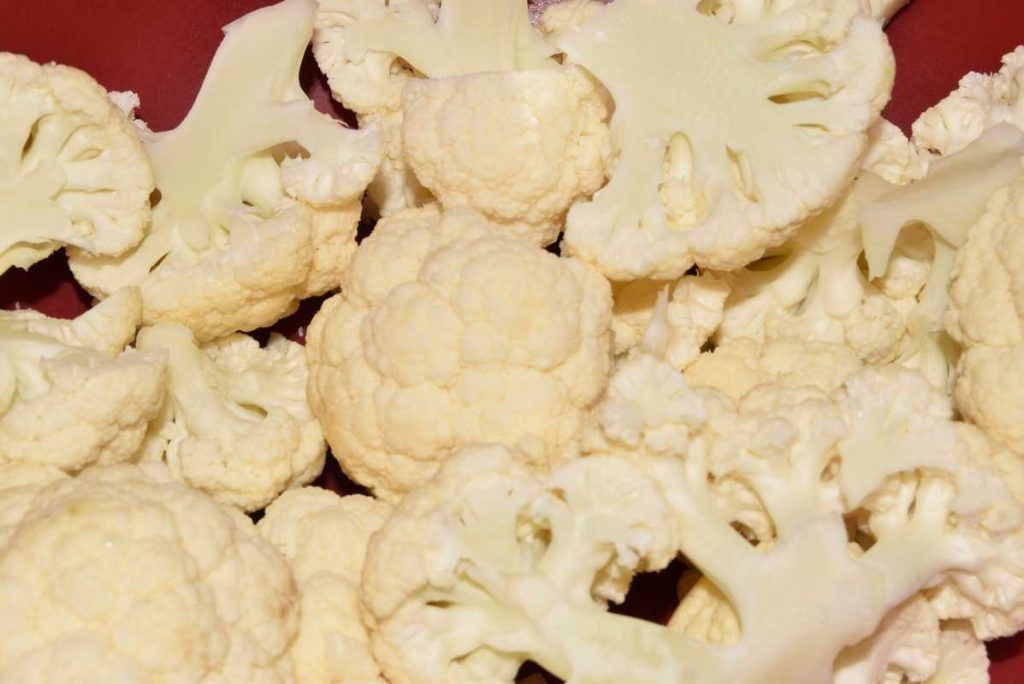 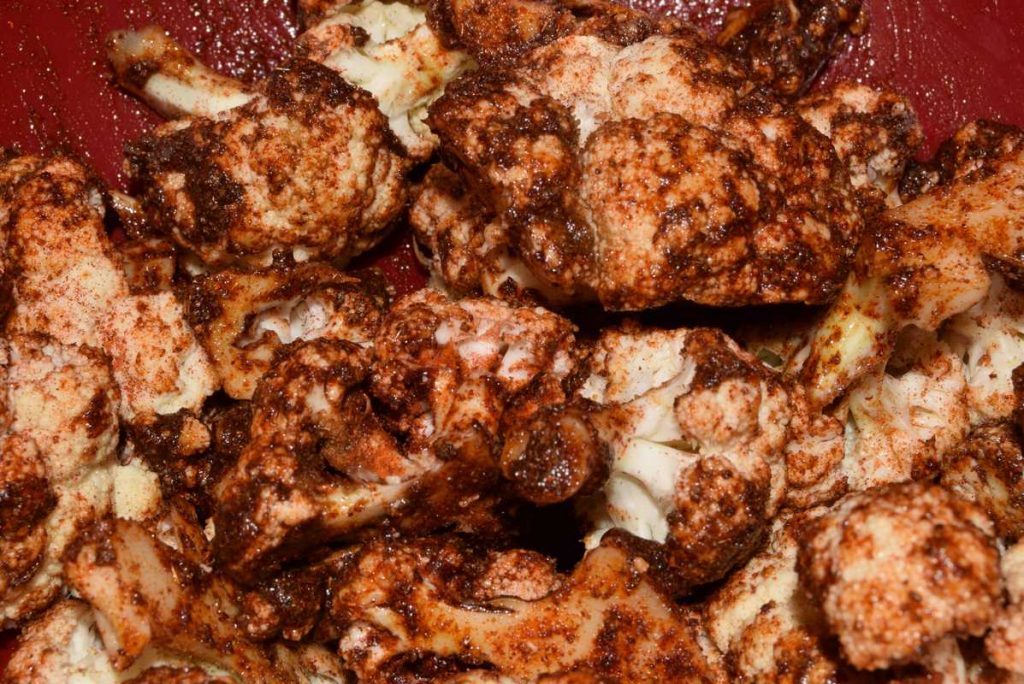 Pour out onto a sheet pan and roast in the oven for 15 minutes or until tender. 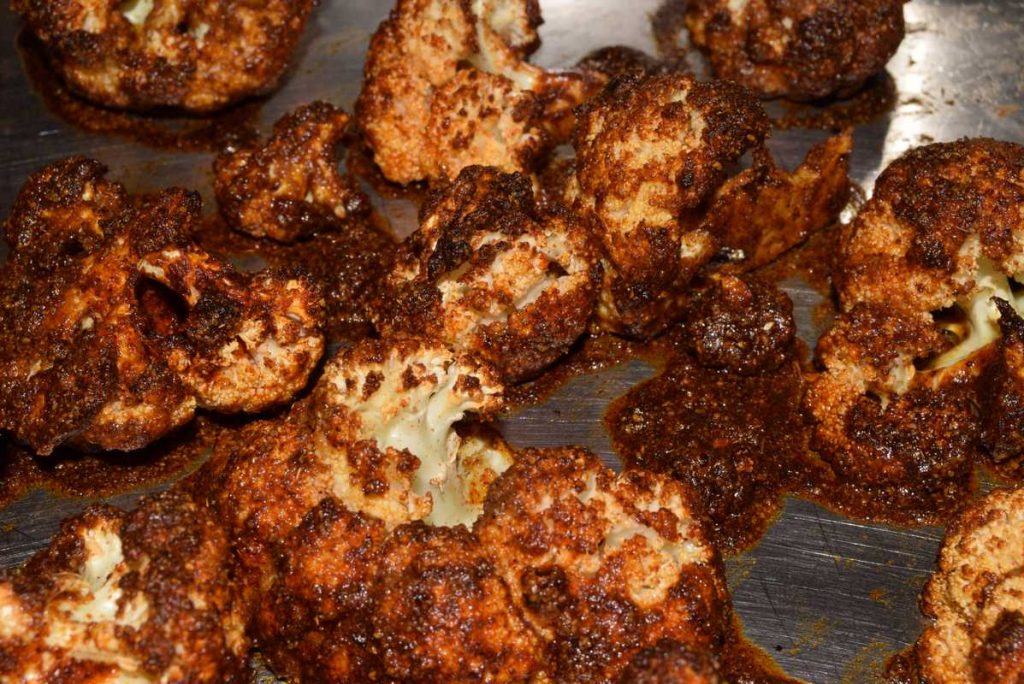 Remove and set aside. 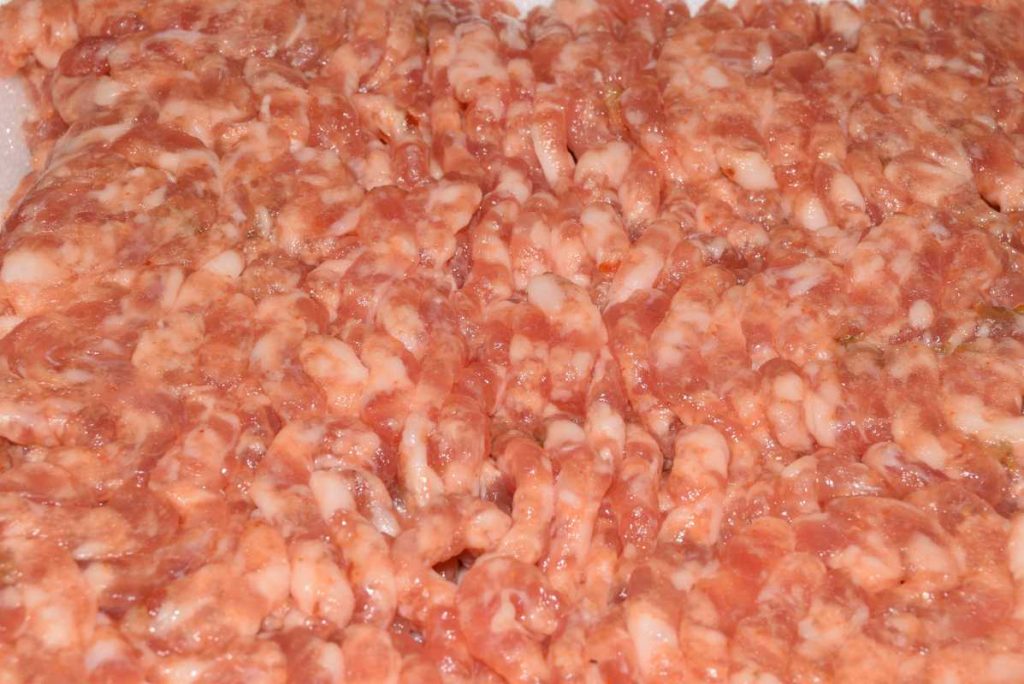 Brown the sausage and set aside with the turkey. The reason from browning meat before it spends a long time “stewing” in liquid is to give it the ability to keep its chewy texture. If you were to dump ground meat in raw, it would still cook just fine, but it would fall apart and produce a very unpleasant – unmeat-like – texture. 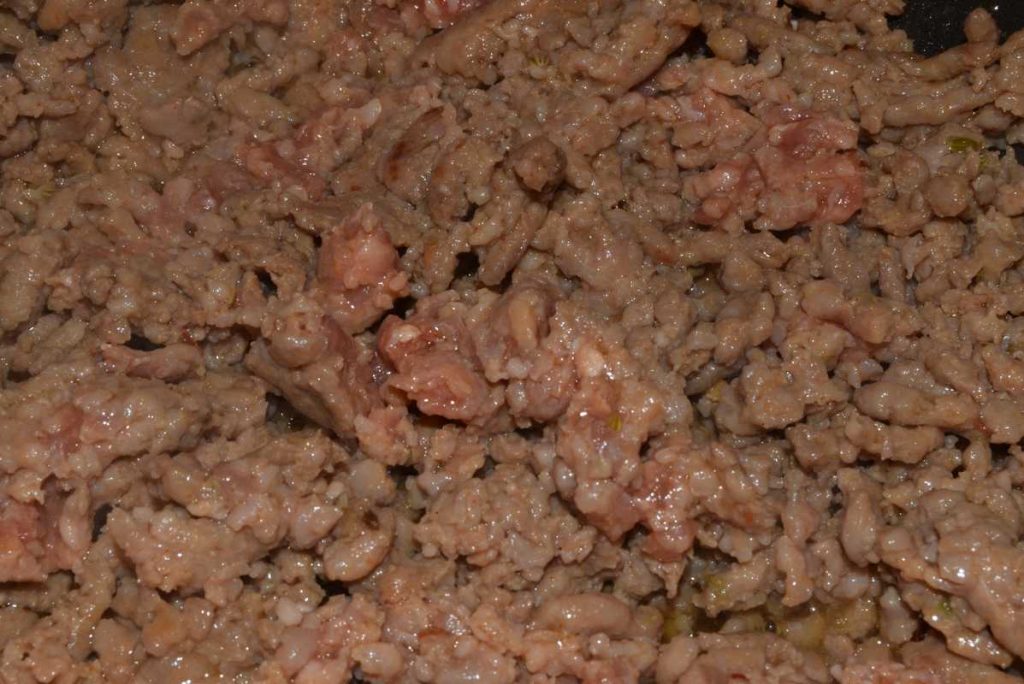 Brown it enough to ensure that it will stay together, but not enough to remove the moisture. 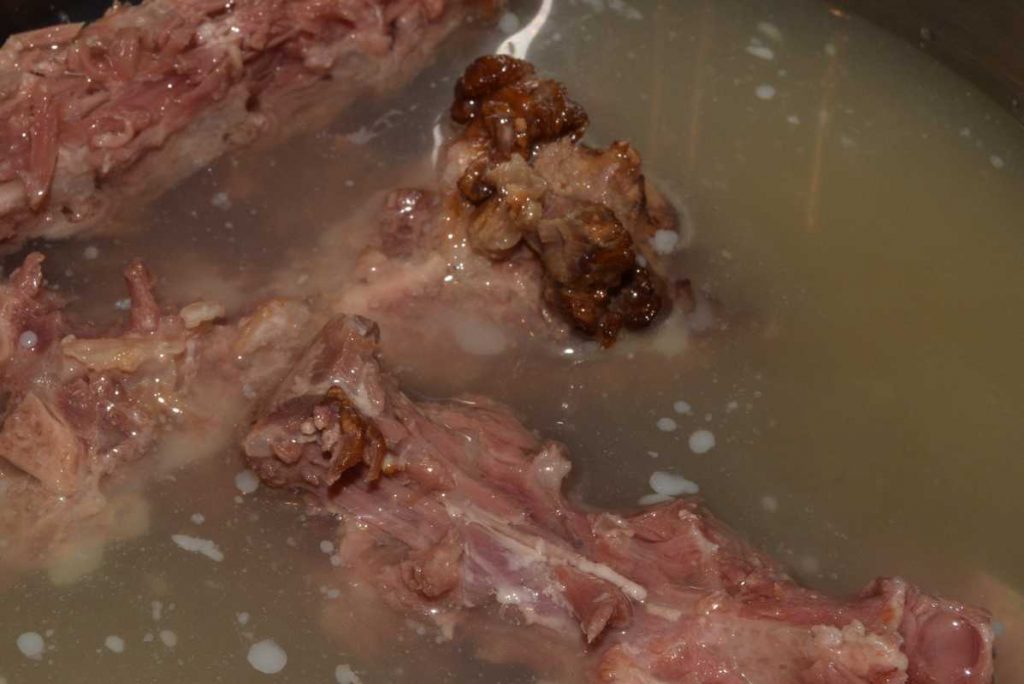 I had used the neck meat from these smoked  turkey necks in the thanksgiving gravy. They now provided the basis for my stock. 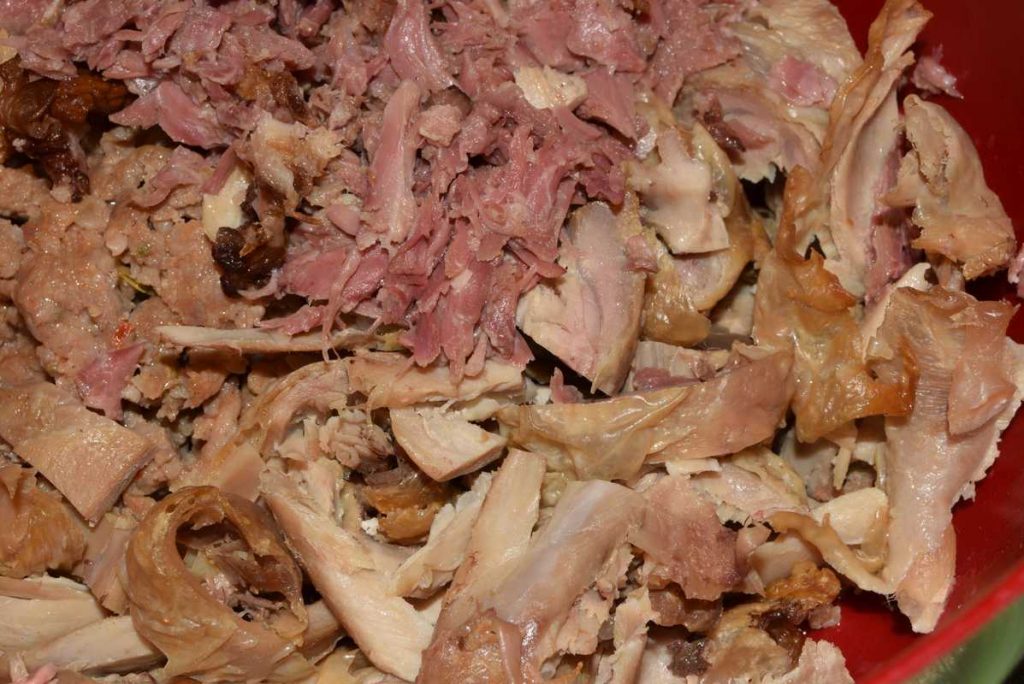 I took what remained of the neck meat and put it in with the leftover turkey and sausage. It was about this point that I knew I had a winner!

In a heavy bottom soup pot, add the EVOO and onion. Saute til tender. Add in the chopped garlic  and red pepper flakes (if you are using them). 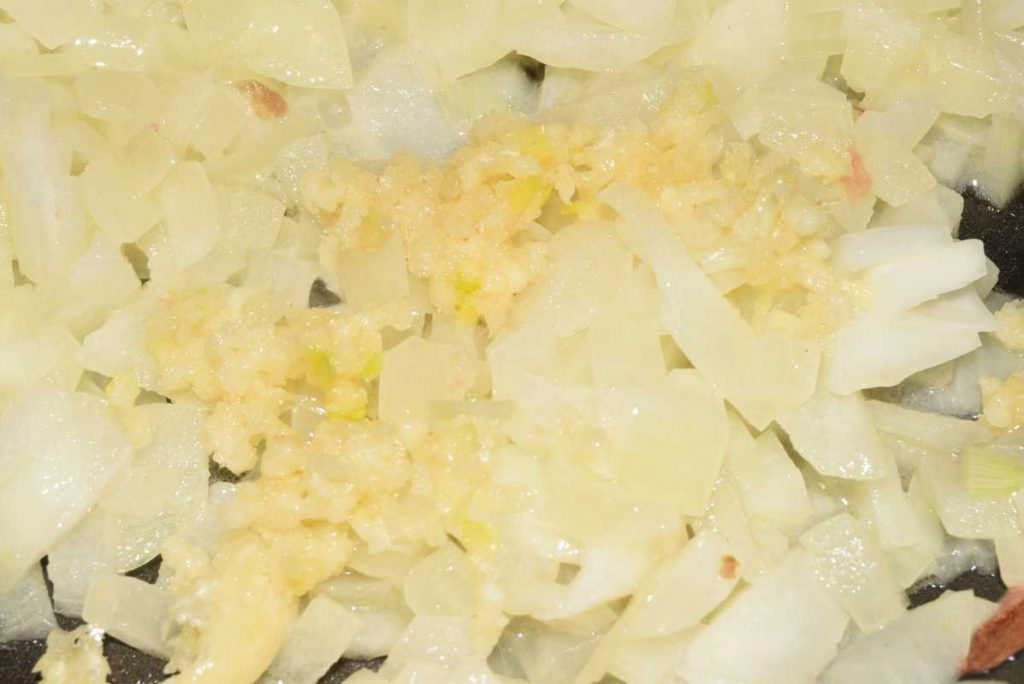 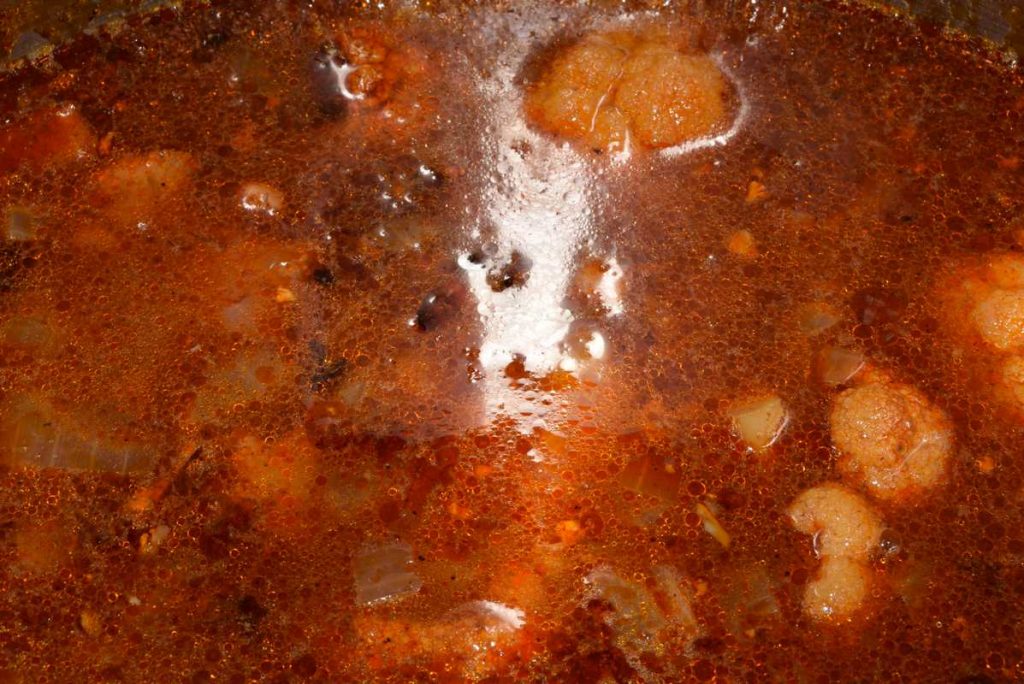 Then add the roasted cauliflower, drained beans, and chicken stock. Bring the soup to a boil then down to a slow simmer. Cook for 20 minutes. 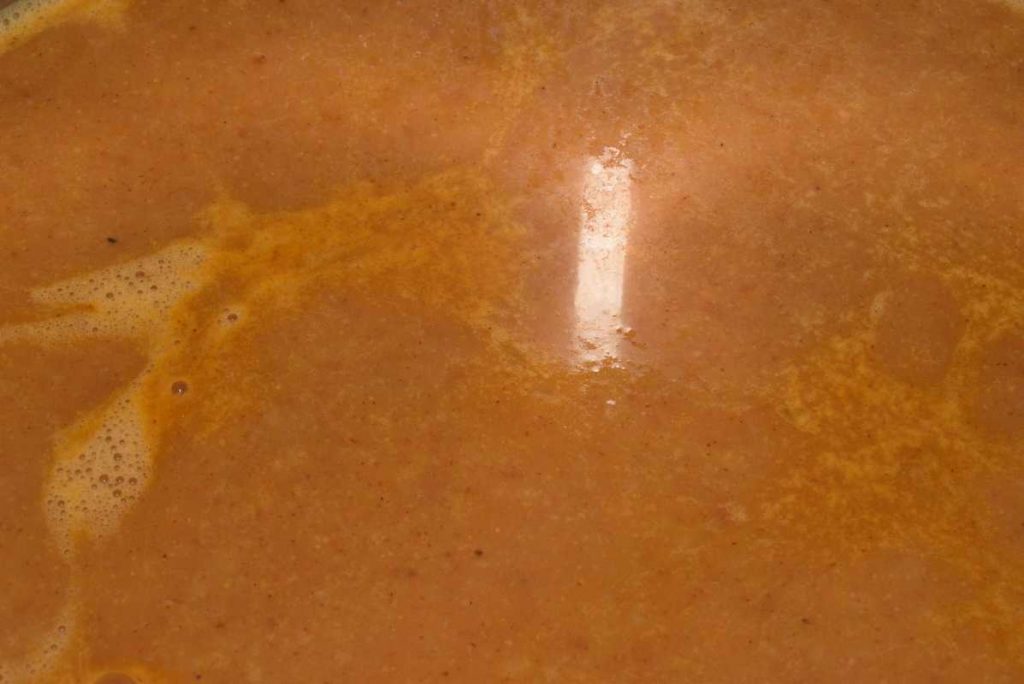 With a hand blender, puree the contents of the soup until smooth. 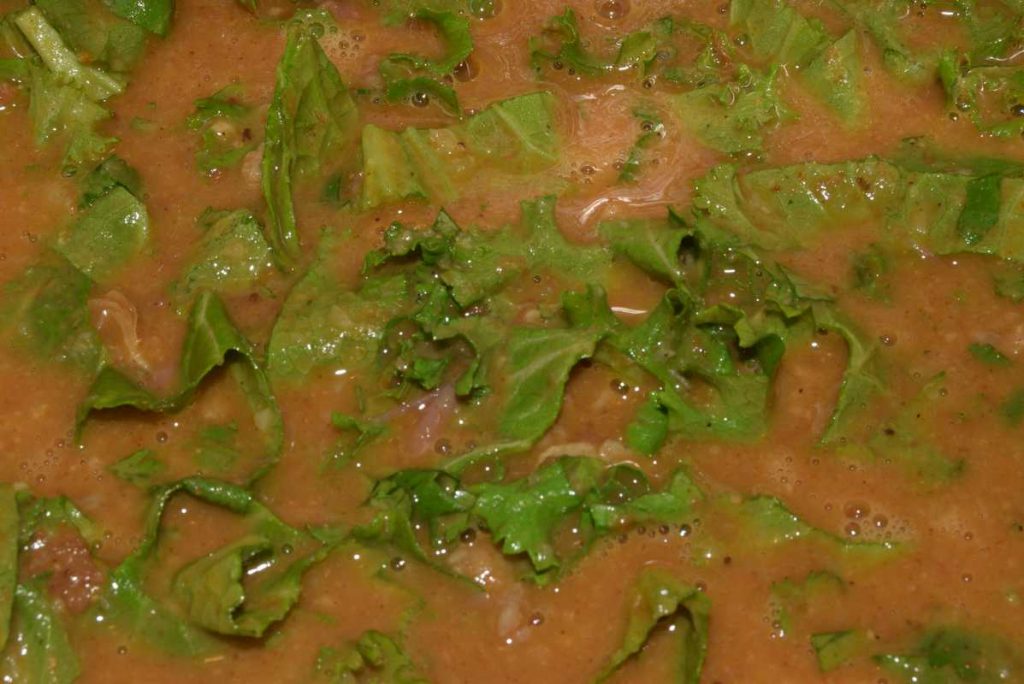 To the soup add the diced leftover turkey, sausage, cilantro, and shredded (or cooked) mustard greens. Simmer for 15 minutes. 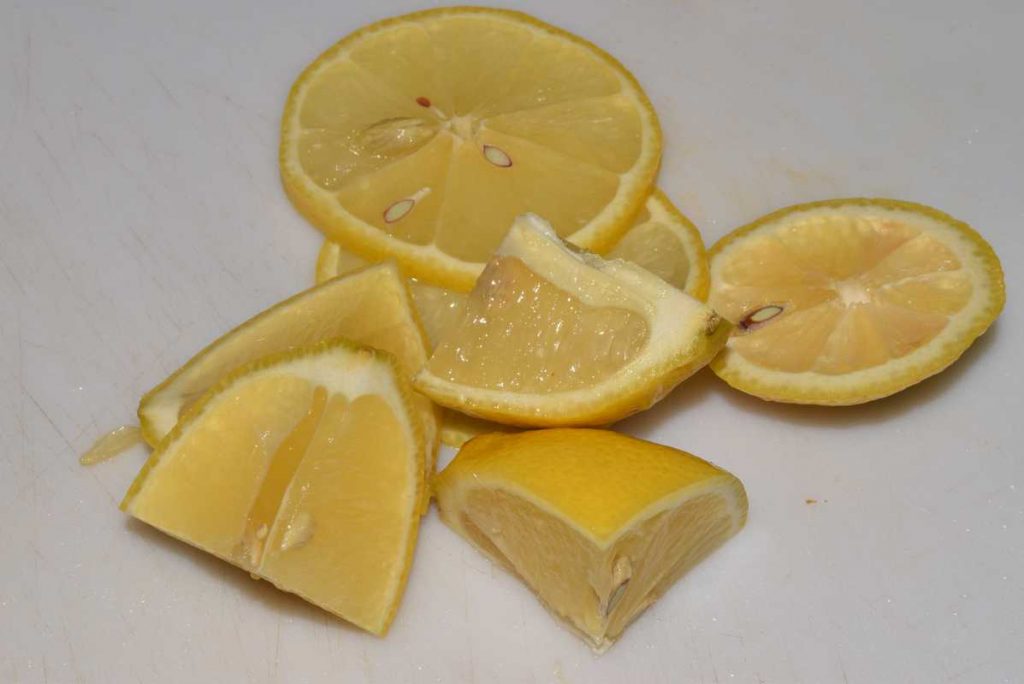 Pour in the fresh lemon juice and mix. Season with salt and fresh black pepper to taste. 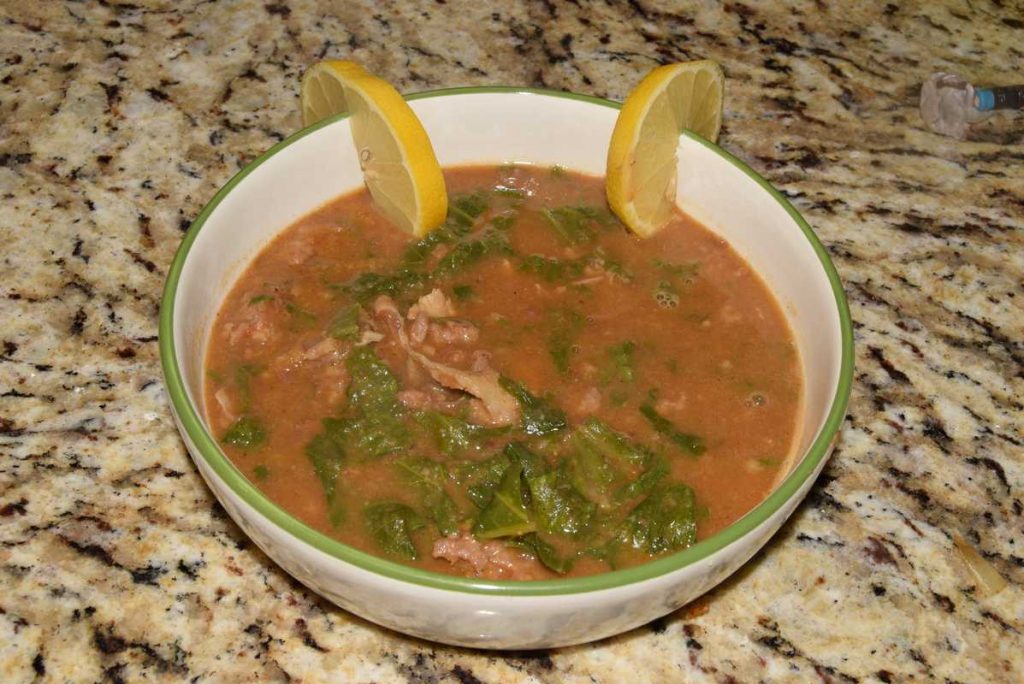 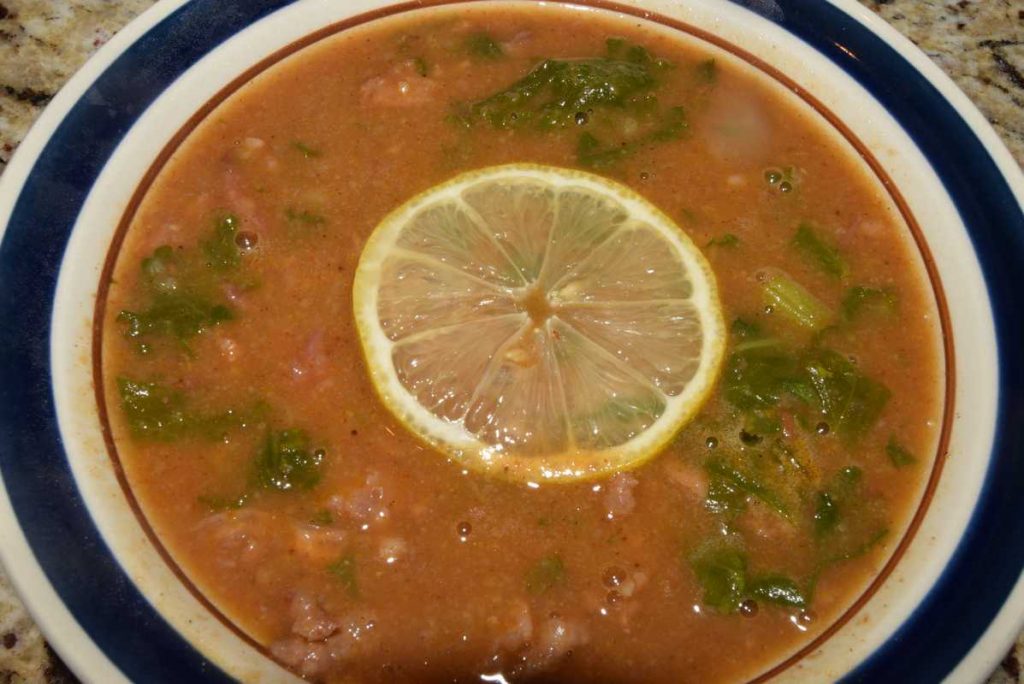