You are here: Home / Baked goods / Bread & Circuses: The Great British Bake Off 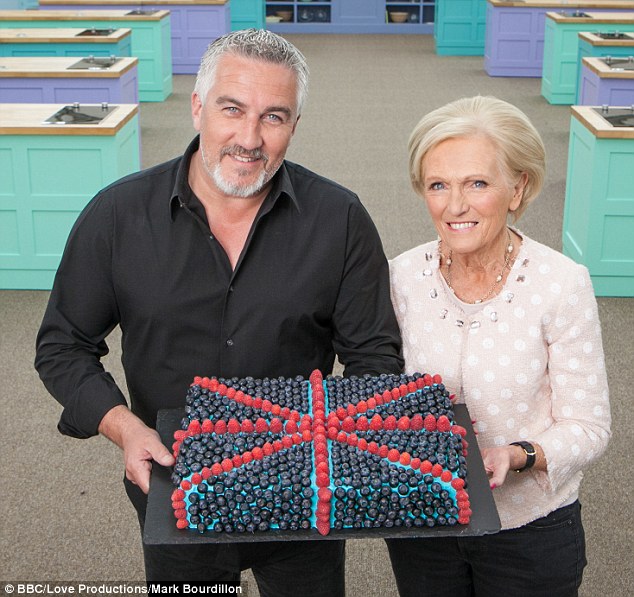 The most successful TV series in the world is that gear-head classic, Top Gear. However, the number one show in Britain is The Great British Bake Off – a compelling competition among amateur bakers, and Series 7 has just begun on the BBC. It can be seen in the United States under the title, The Great British Baking Show on PBS. Series 7 will screen in the US next year, since they have only just celebrated the finale of season 6. 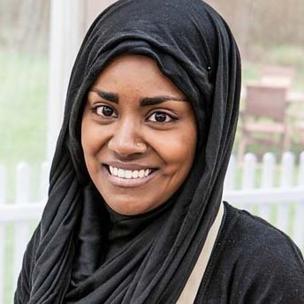 Nadiya Hussain – Born in Luton to a Bangladeshi family, Nadiya has been baking for 10 years. She now lives in Leeds with her husband and is a full-time mum to their three children.

Season 6 of TGBBO, along with the usual set of “will it set?”, “will it stick?” or “will it rise?” nail-biters, gave us the added socio-political pot-boiler of “will the nice lady in the hijab win?” Well, I have waited this long not to spoil the ending, so *SPOILER ALERT* avert your eyes if the last episode is still on your DVR – yes, she does!

Western Europe, generally, and Britain specifically, is a great deal less homogenious than outsiders choose to believe. Add to this the concerted effort by a previous Labour government to bring that fact to the fore and you can understand why the former culinary whipping person of the world (and not undeservingly so) has seen a huge turnaround in it’s food-quality. Where once there were only Fish n Chip shops and pub food, now there is a vast array of ethnic cuisines. Gone are they days of swilling pints of lager at the local Indian restaurant. Now Indian flavors are infused into traditional French recipes. There is no cullinary melting pot, where geographic culinary differences are effaced. Instead, the is a blending of Greek and Asian. In fact, the generic term “Asian” is making less and less sense as Brits get used to the idea that Asia is an entire continent with an enormous wealth of varied cuisines and culinary history. Some of you may know that I have a guilty pleasure which consists of watching antipodean cooking and remodelling shows. Nowhere have they embraced multi-cultural cooking more fully than Australia. 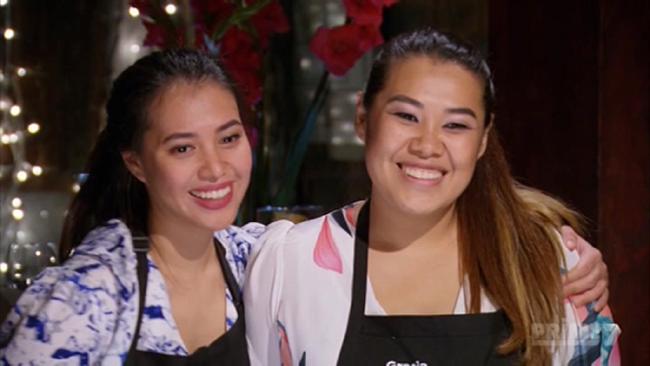 Despite the previous year’s unlikely duo of English cooks taking the title, this year’s winners of Australia’s My Kitchen Rules were a couple of Indonesian sisters, Tasia and Gracia Seger. This is their official channel seven bio. I am still wondering about that final rice-cooker comment. “Siblings Tasia, 26, and Gracia, 24, can fight like the best of sisters, but they say it only fuels their passion in the kitchen. After growing up in Indonesia, India and Australia, these homely cooks have very big international influences on their cooking style. Just don’t tell anyone they fear they can’t cook rice without a rice cooker!”

Neither Austrailia nor Great Britain is without its fair share of zenophobes. The rise of UKIP and the persistant presence of its enfant terrible, Nigel Farage, is clear testement to that. The fact that Farage recently helped stear Britain through the Brexit vote, campaigning largely on the anti-immigration ticket, only then to be seen over the shoulder of his idiot cousin, Donald Trump, should gives us all pause for concern. Is the acceptence and prolifferation of mutli-culturalism by reasonable people in the social mainstream causing a back-lash in the privacy of the voting booth?

Certainly, in the living rooms and kitchens of Australia, Britain and the United States, people of every stripe and color are creating both food and entertainment that suggests these knuckleheads are on the slippery slope out of relevance. However, it would be remiss of me not to acknowledge the glee and delight observed in those of us addicted to these shows. What holds our rapt attentention is a thinly disguised nod to panis et circenses; a remark by the Roman satirist Juvenal on the limited desires of the Roman populace, now used as a single noun, “bread & circuses”, intended to denote extravagant entertainment, offered as an expedient means of pacifying discontent or diverting attention from a source of grievance.

« Taco salad: Good and easy
Crispy chocolate drops: So lame, but so good »