You are here: Home / Beef / Food For The Soul: Ribs, Greens and Sweet Potato 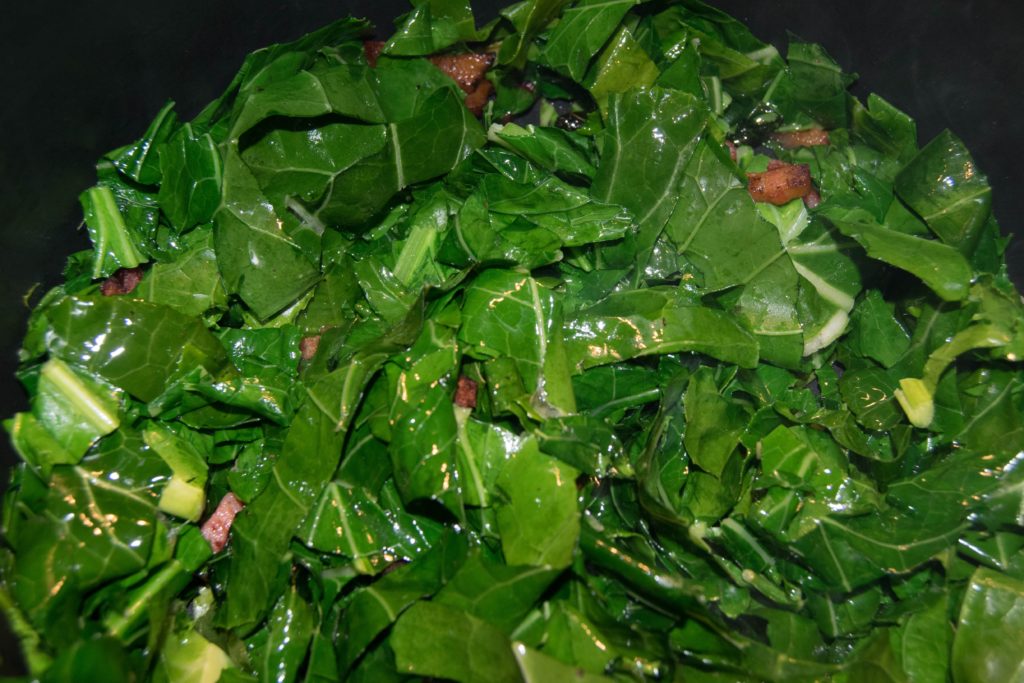 We were driving from somewhere in Kansas to somewhere else in Kansas. Please forgive me, Kansas is both very big and very flat. It really doesn’t matter where we were, only that we were somewhere other than my house. When I asked her what she wanted for dinner, she was uncharacteristically decisive. “Ribs!”, she said. “Can you do ribs without your smoker?”

She mistook my head in my hands for a negative response. I can’t really say that I blame her. How else was that set of gestures to be interpreted? I was simply wondering how she had chosen that time – when I was severly limited in what I could prepare away from home – to be so specific.

And here, gentle reader, is the result. 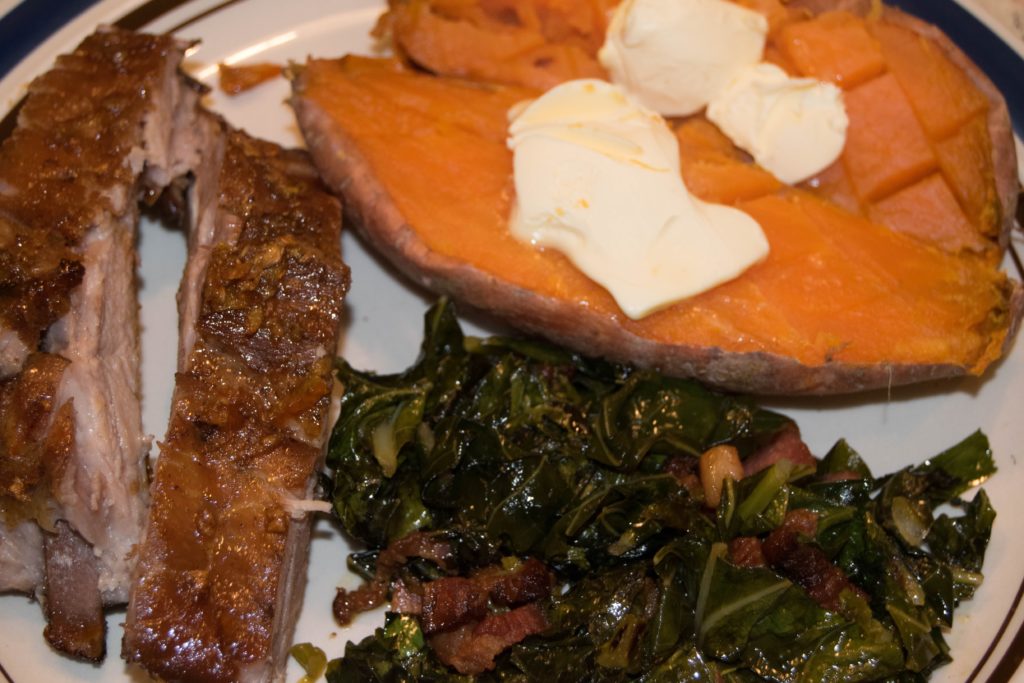 Darlene (don’t ask, you don’t know her) got it into her head that she was going to be a private cook/housekeeper when she semi-retired. She paid a lot of money in order to discover that this was not going to be her thing. However, she did come back with a sure-fire recipe for smokeless ribs. I have written about it when preparing lamb ribs.

The trick is to boil the ribs first before putting them into the oven. If you add spices to the water, you can add flavor to the ribs that replace the smoke that you would have had if you were cooking at home! 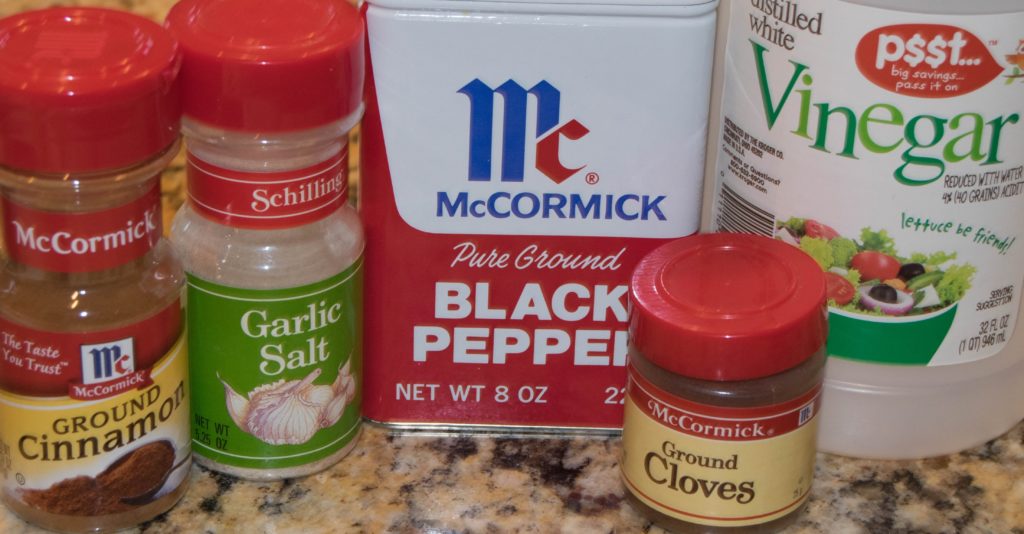 Do not forget the vinegar. This will brighten your meat no end. Also, do not get hung up on quantities. A couple of teaspoons either way is not going to change things too much, so be bold and experiment 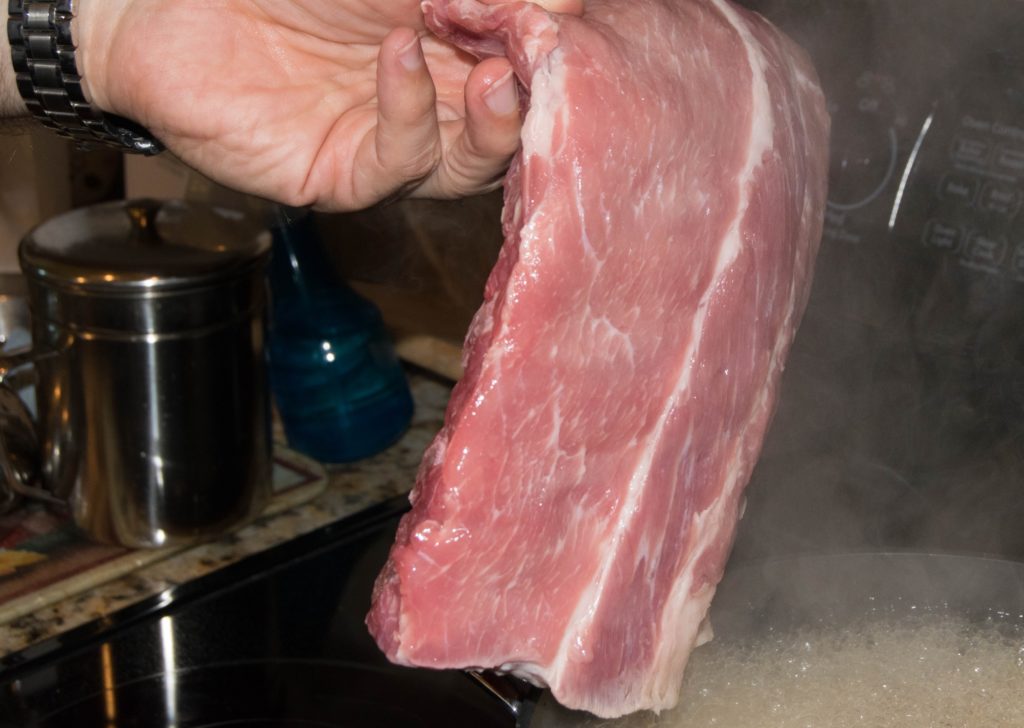 Add the ribs and let them simmer for 30-45 minutes. Once tender, remove them from the water and place in a large baking pan or its equivalent. 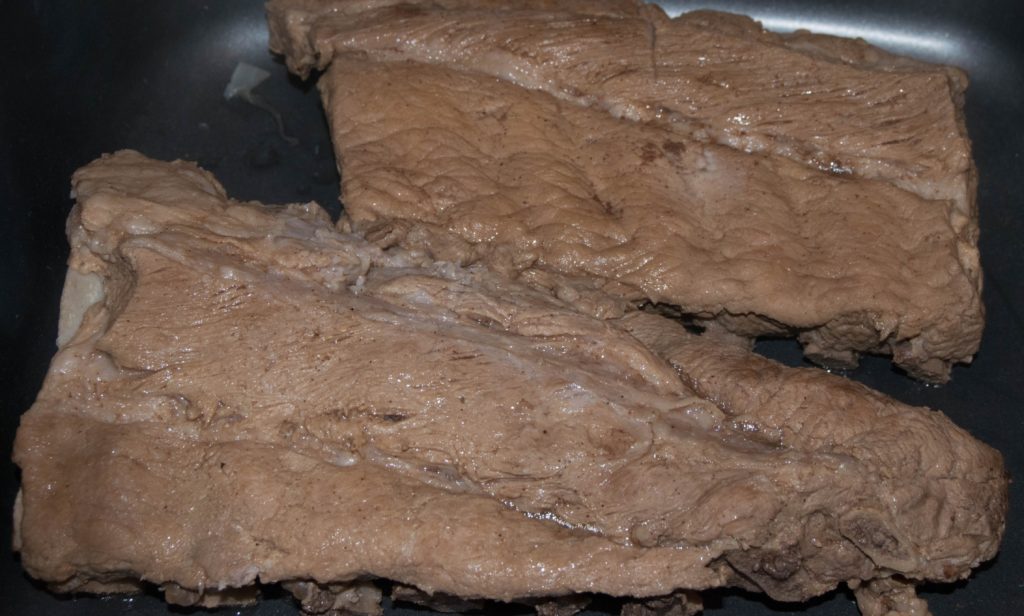 Cover with aluminum foil and bake in a 375 degree oven for an hour to an hour and a half. 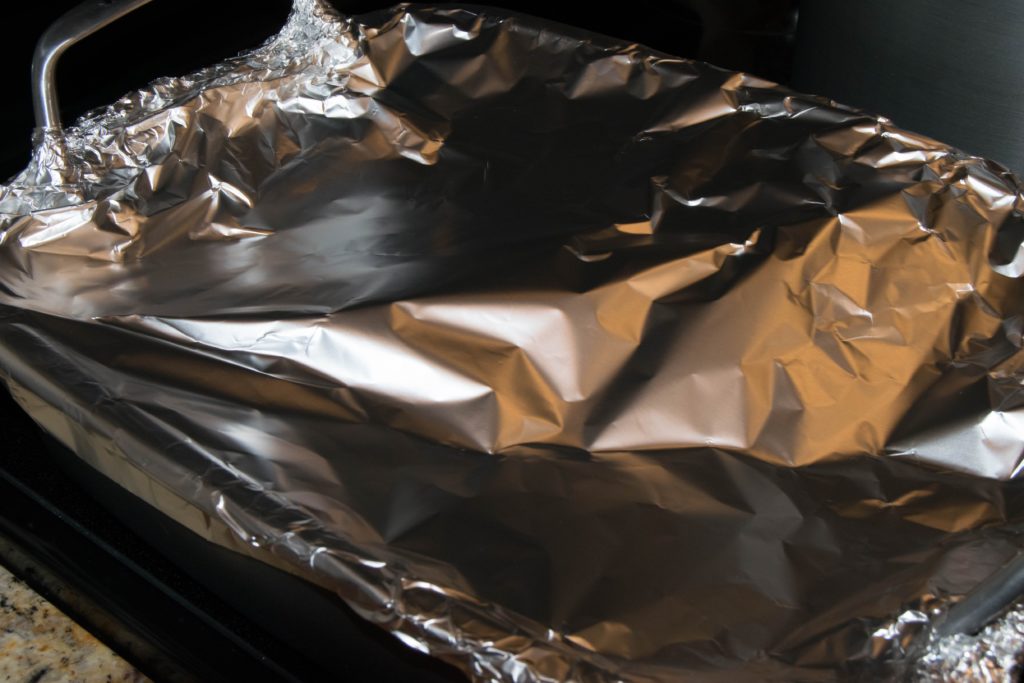 At the same time that you put the ribs in the oven, pop in a couple of large sweet potatoes. You will do no more to them than bake, cut, add butter and serve. Could this be easier? 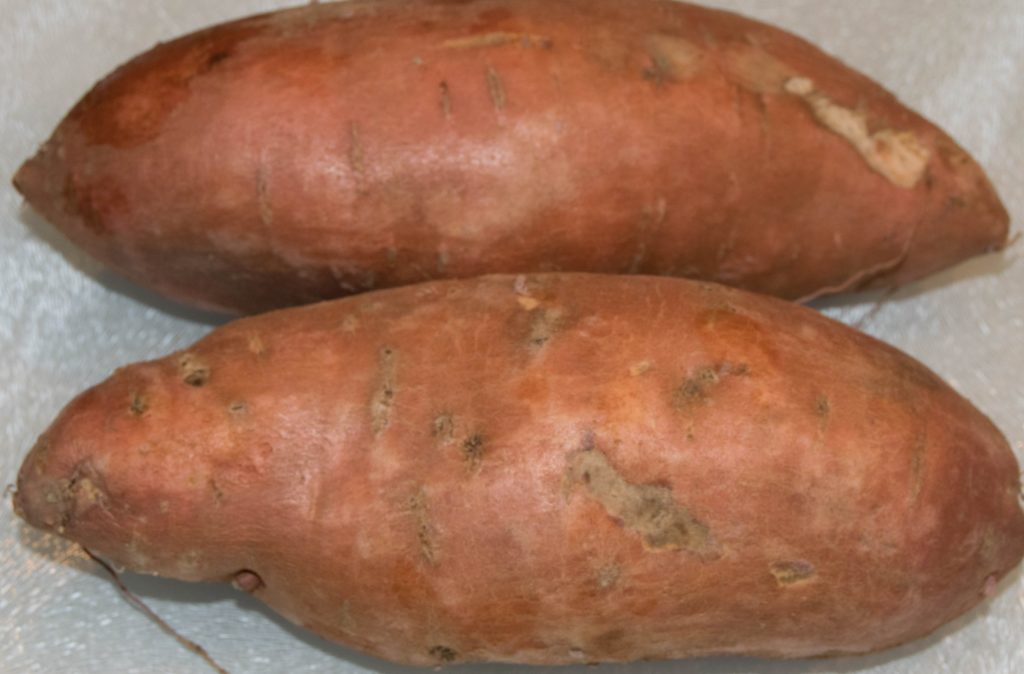 Now for the glaze: 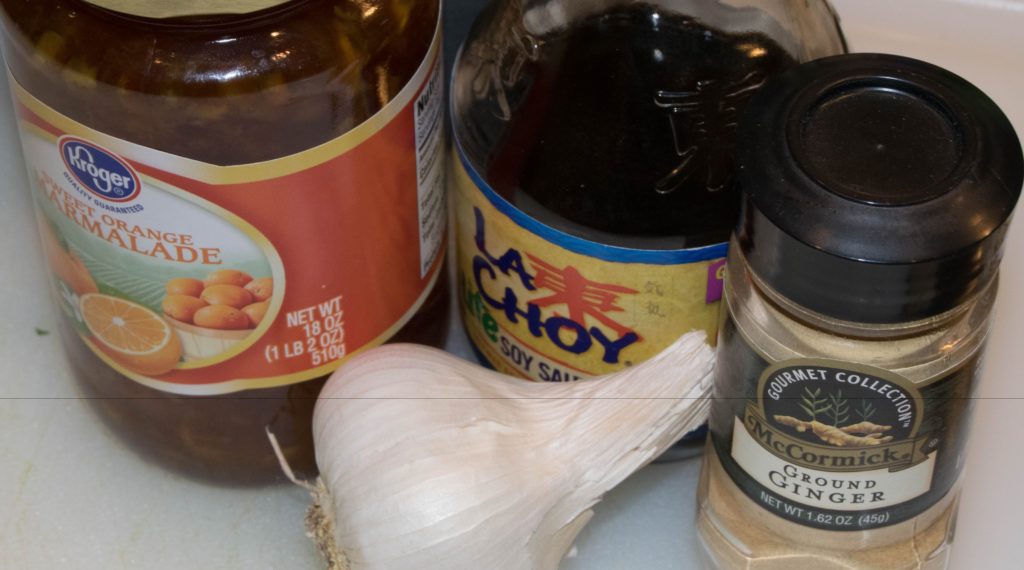 Combine 1 Cup of marmalade with 2 T of Soy Sauce 1 T of dry ginger and 4 cloves of garlic (crushed). Remove the foil and apply this glaze to the ribs during the last 30 minutes of cooking. 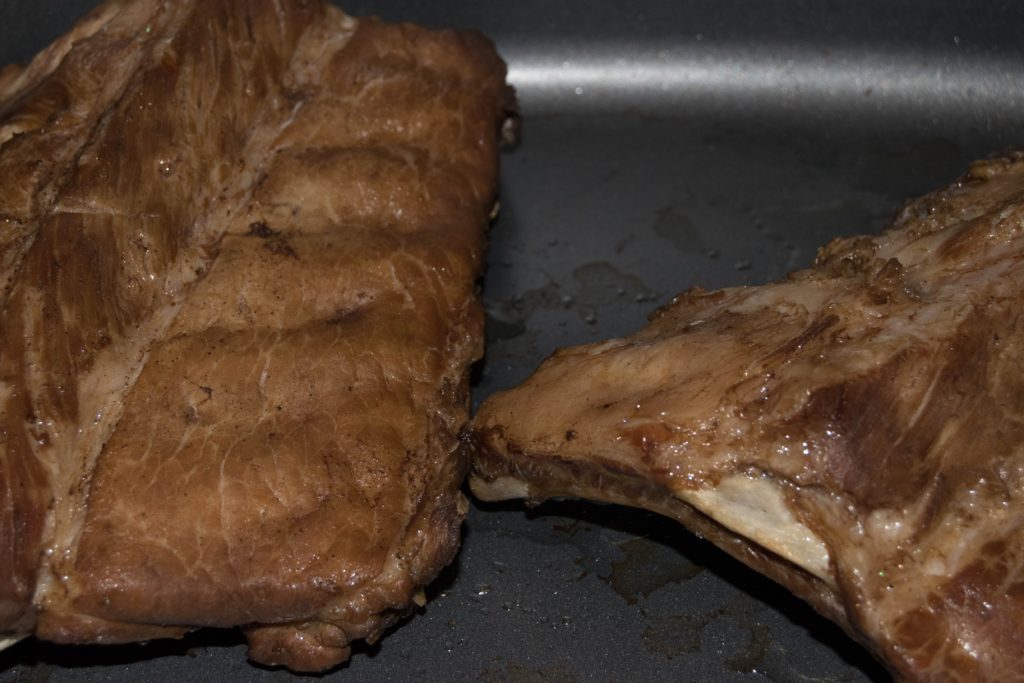 and the final product will look something like this: 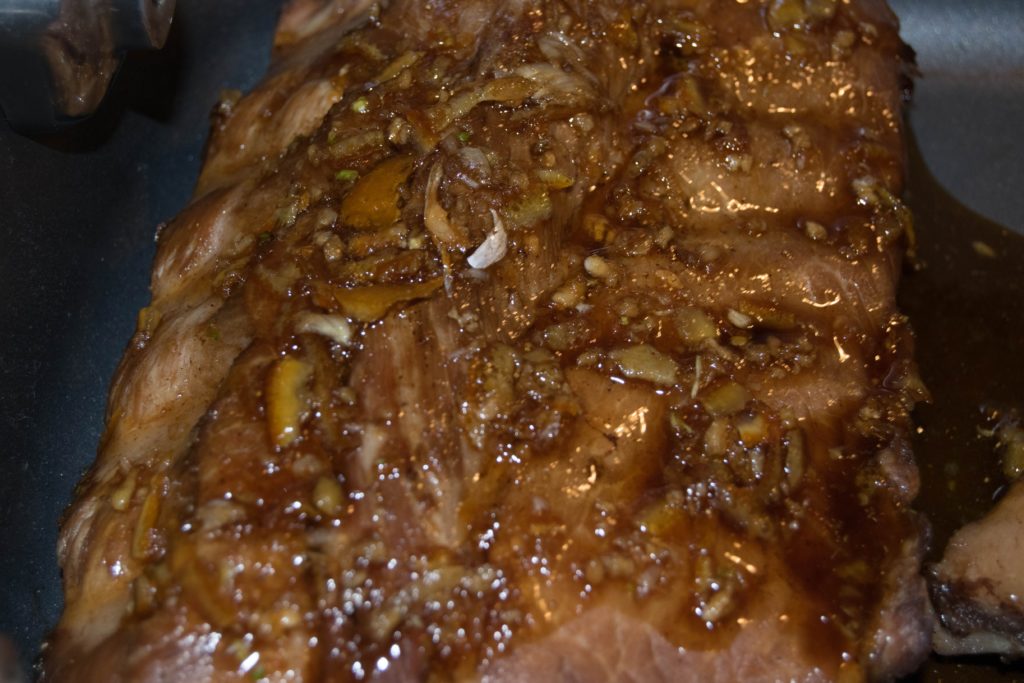 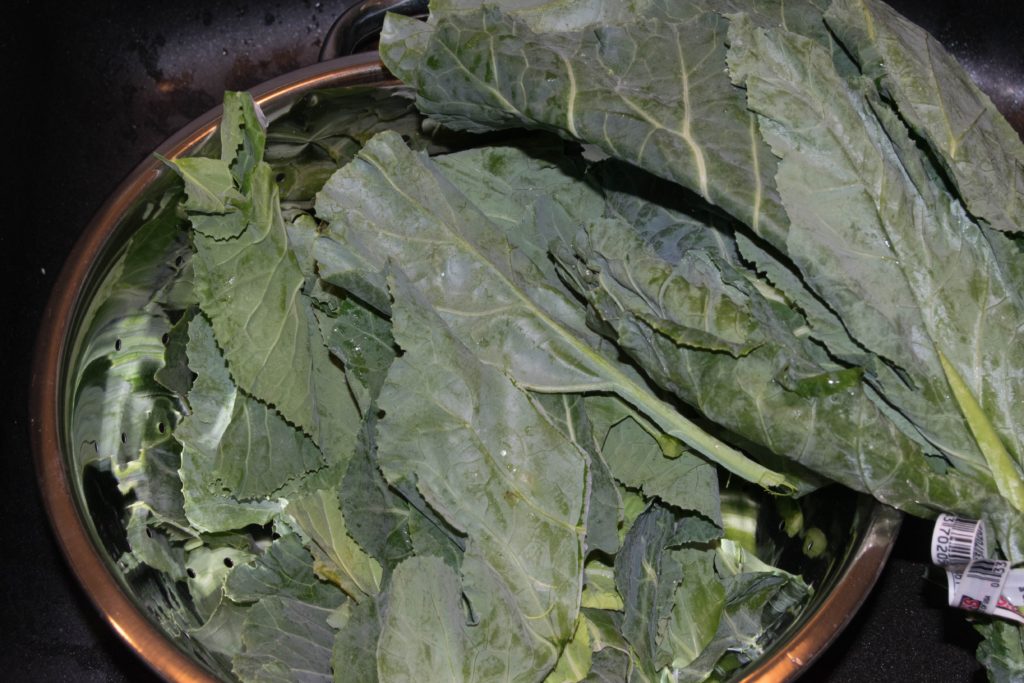 Dice the thick-cut & smoked bacon and gently fry. Meanwhile, wash the greens (mustard or collard) and cut into shreds. 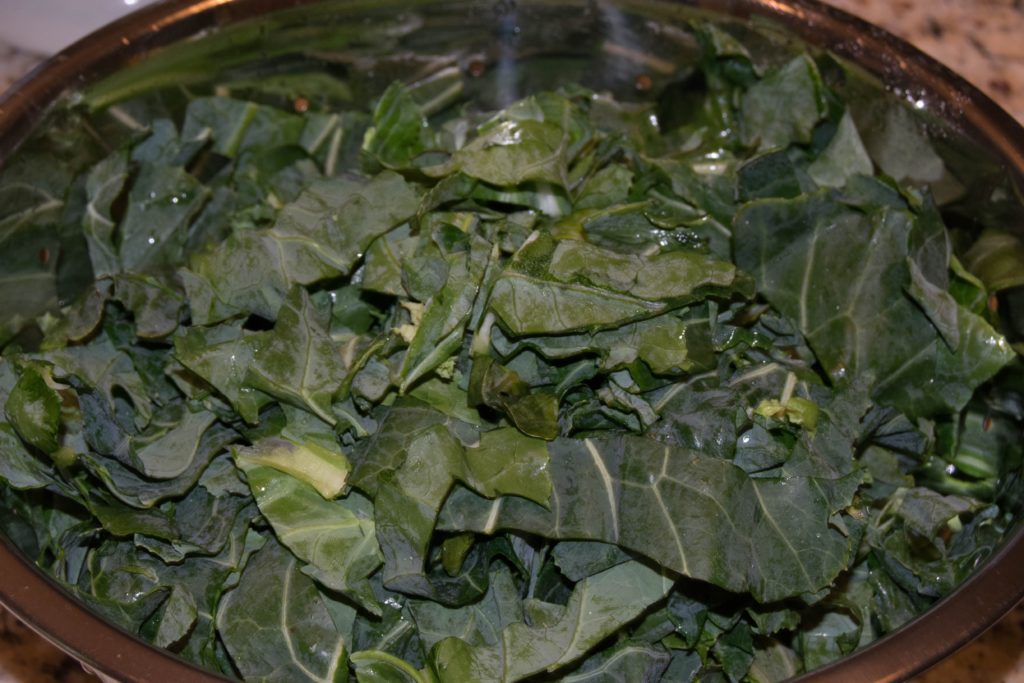 Put the green into the pot with the bacon and stir/fry until slightly wilted. The add soul food seasoning. 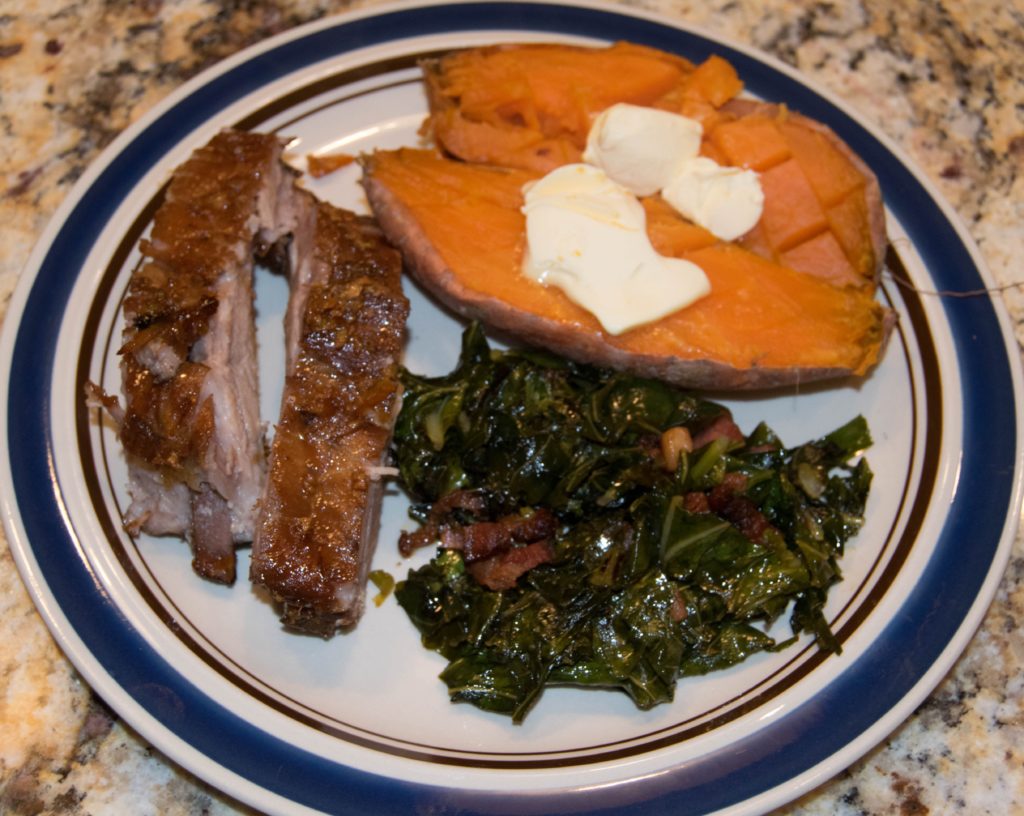