You are here: Home / Appetizers & cheese / Senbei: Japanese Rice Crackers (the good ones) 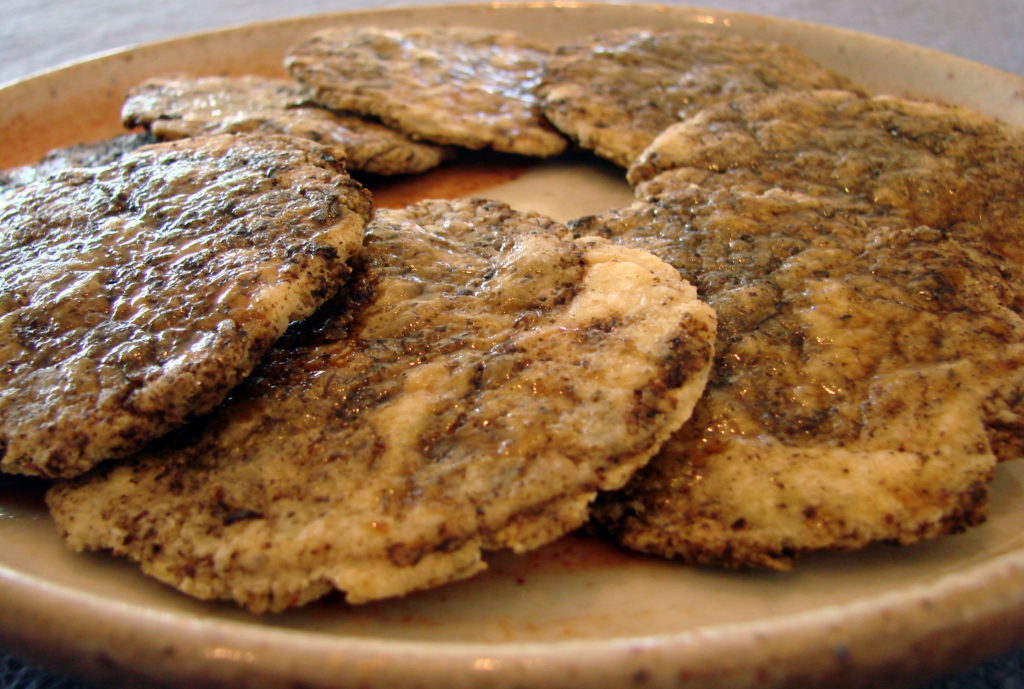 The ultimate in crunchy crackers.

Senbei are Japanese crackers made from glutinous rice flour, also known as sweet rice flour. They are different from Western crackers in that they pack an extra punch of crispiness and taste.

They also come in many flavors (soy sauce, wasabi, dried shrimp, etc), thicknesses and levels of crunchiness. Many of these are savory, but some are sweet. You’ll also see them partially wrapped in nori (seaweed) for an even more *umami flavor.

Senbei are certainly a big part of Japanese food culture. They’re often packaged individually in a bigger container and are fairly inexpensive there. That is not the case in the US. That’s why I learned how to make them here, so I could get that distinct crunchiness here at a fraction of the cost of those at the Asian grocery store.

What you’ll need (for plain senbei—embellish at will): 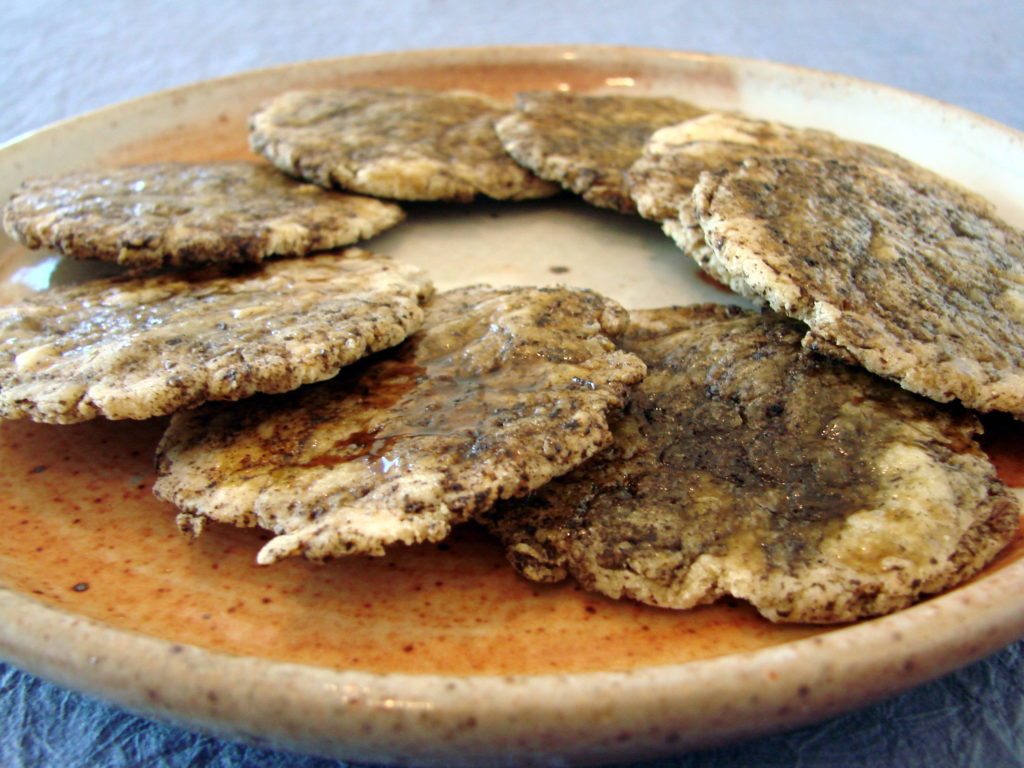 On top you can see the soy-sauce glaze brushed on. 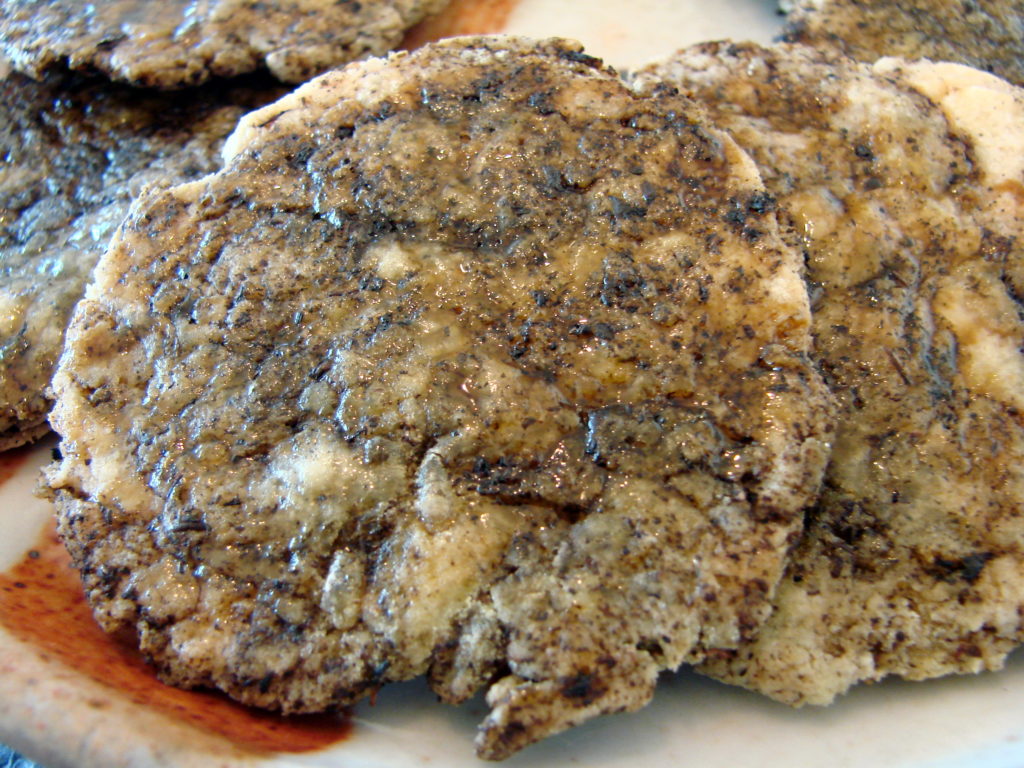 Close-up of flavoring on top.

Cooked senbei can be stored at room temperature in a sealable container or plastic bag.

* Umami is one of the 5 basic tastes, including sweet, sour, bitter, and salty. Umami could best be described as a savory taste, and is key to the good flavor of ripe tomatoes, shellfish, shiitake mushrooms and soy sauce, among others.

** The thicker the senbei, the more tough, crunchy and more difficult to eat. Thinner ones are more like a traditional cracker, while the thick ones can be challenging to bite into and eat. 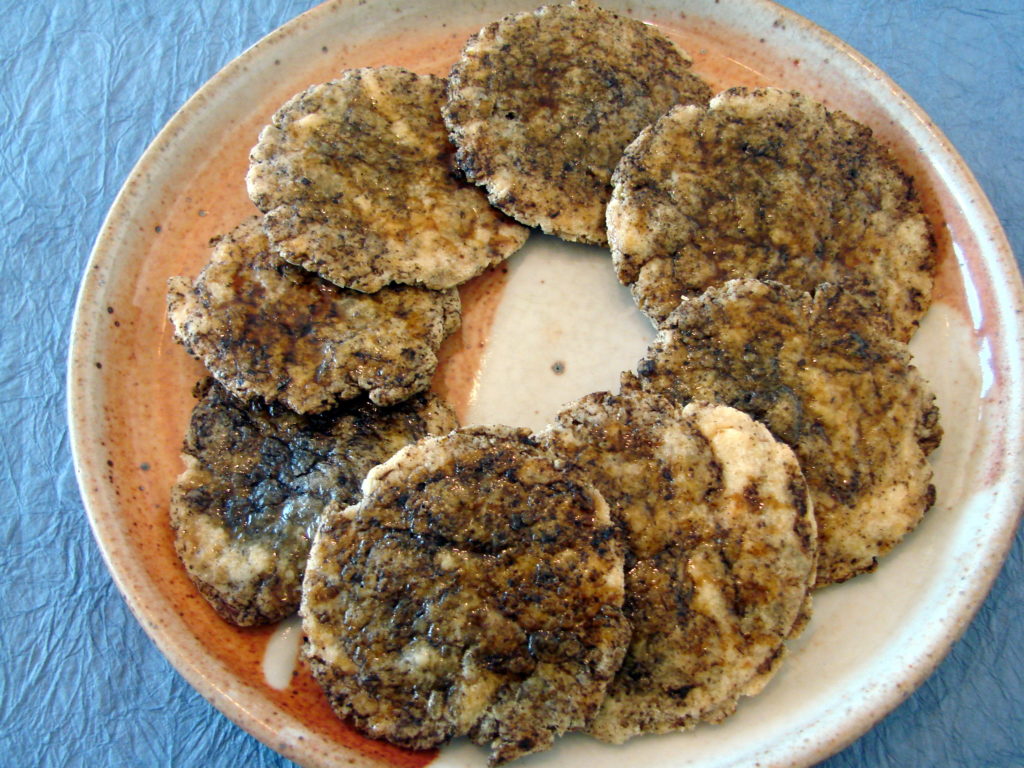 « Bread done right (or kind of right)
Food For The Soul: Ribs, Greens and Sweet Potato »