You are here: Home / Japanese / Katsudon (Pork cutlet over rice) 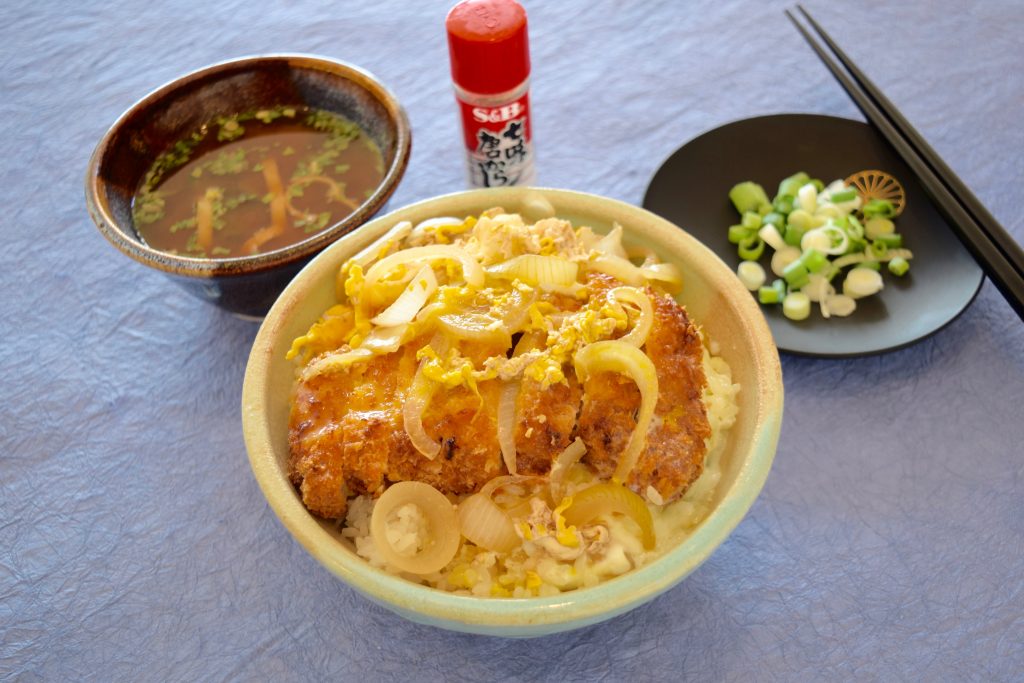 Katsudon (pronounced “katsu-doan”) is a popular and delicious meal from Japan. Usually served for lunch, Katsudon consists of a panko-coated pork cutlet (or chop) served over rice and covered with an egg and onion broth. It sounds like a weird combination of foods, but it’s really good.

This dish is most often served for lunch, and is available pre-made in most grocery and convenience stores. Even better, many restaurants serve it made to order, so you can get a piping-hot meal in less than 10 minutes.

The two-stage recipe is straightforward, and other than the sodium in the broth, is actually fairly healthy. The panko coating on the pork soaks up only a minimum of oil, so the fat/oil content is minimal. And if you want to just make the pork and freeze it till you use it for katsudon, that works, too. When making the katsudon, just take the premade pork out of the freezer and heat in the oven at 350 degrees—on a wire rack—until heated through.

In general, while the rice is cooking, you can make the pork. Then cook the onion/egg mixture. 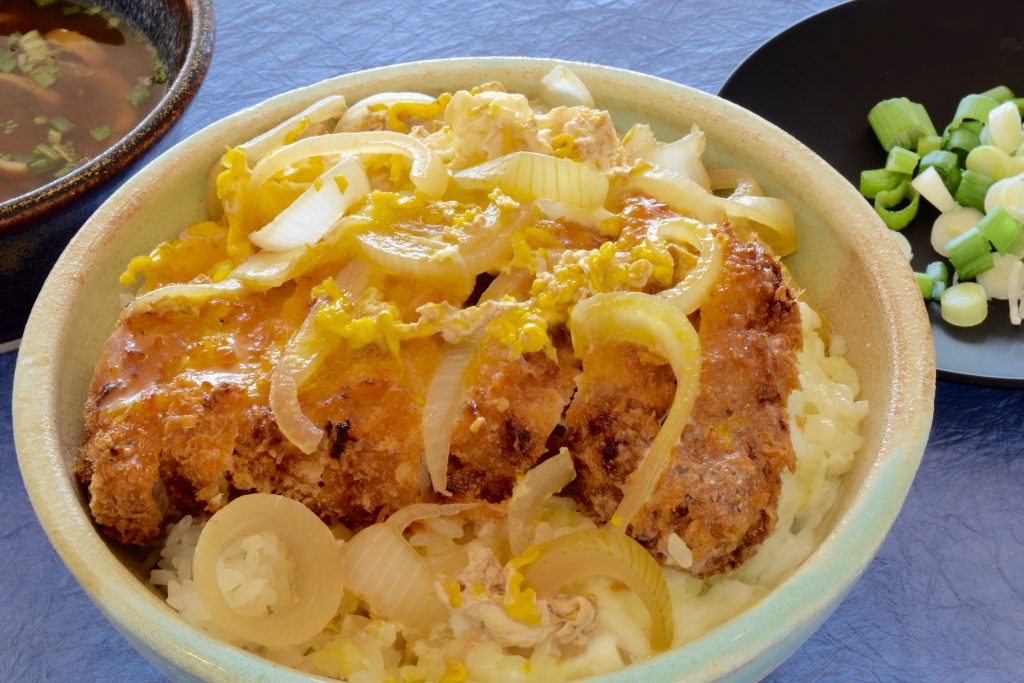 What you need for 4 servings:

For each piece, put between sheets of wax paper and pound thinner. Then season each side with salt and pepper.

Put your oil in the fry-cooker or a heavy pot and begin heating it up to 350 degrees.

Dredge each piece of pork in flour, then dip it in the beaten eggs and coat with panko.

Fry the pork, one or two at a time, for 6 or so minutes and allow to drain on a rack.

Slice into wide strips, set aside and keep warm while you prepare the rest of the dish.

When the pork and rice are cooked, the next step is making the onion/egg broth.

Add the dashi, mirin and soy sauce to a medium saucepan and bring to a boil. Once boiling, reduce heat to a simmer and add the unions. Cook until the onions soften.

Crack the eggs in a bowl and mix with chopsticks (don’t beat) until the yolks are broken and lightly mixed in with the egg whites.

Pour the egg into the pan with the onions and liquid and let them cook for a bit, then stir a couple of times just before the egg is set.

Now for the good part: Put the rice in large bowls (1/2-full or more) and carefully put the sliced pork over the rice, retaining the pork’s original shape.

Divide the egg, onion and broth evenly among the serving bowls by ladling it over the pork and rice.

At this point, it’s ready to serve. 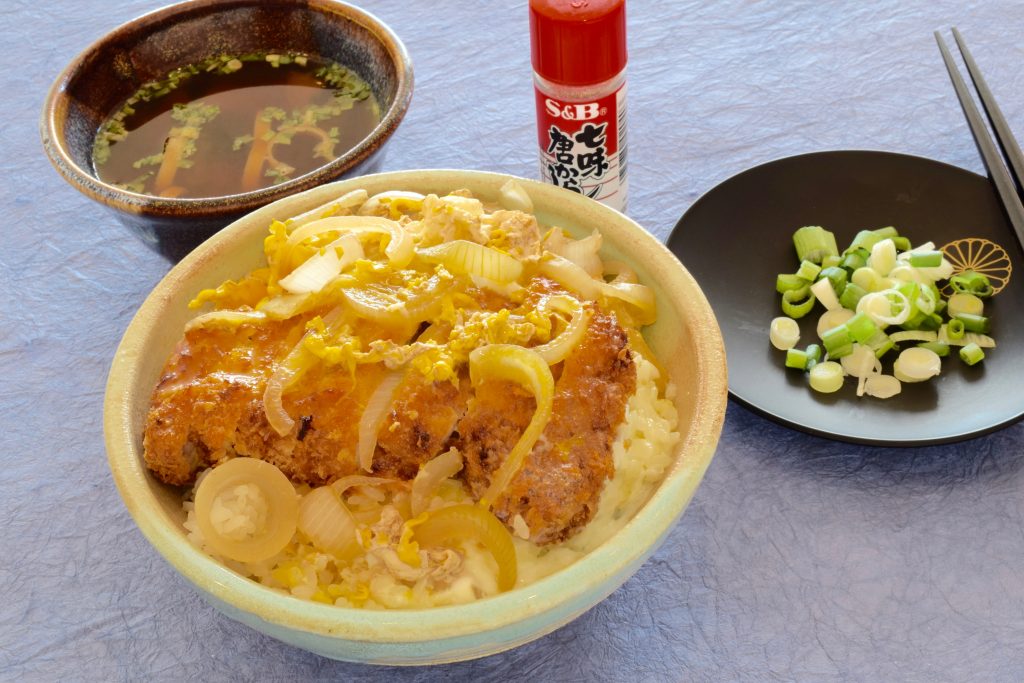