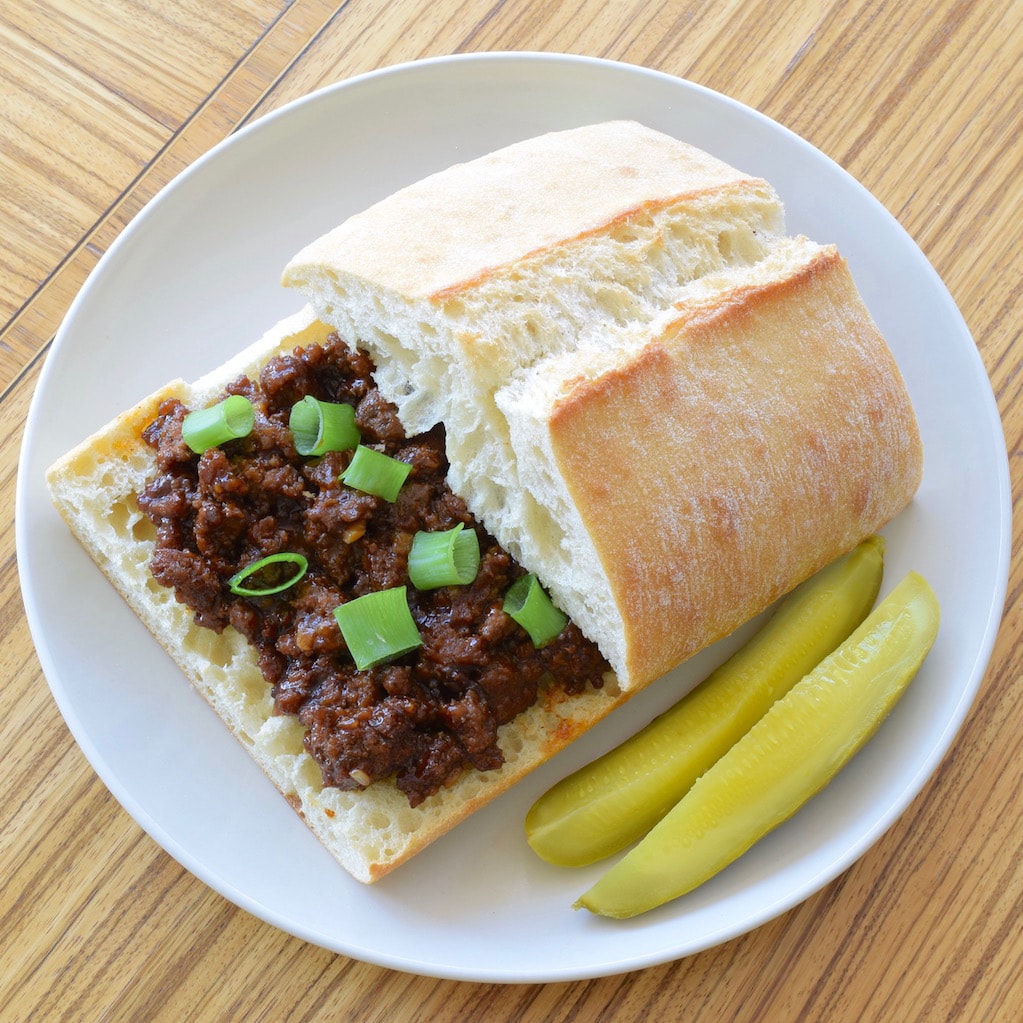 I saw a recipe for this on the fridgg.com food-porn site and thought I’d make my own version. The one thing that I did take from the recipe I found was the idea of using ciabatta bread, which gives the sandwich a nice crunch to it. I’m sure using regular hamburger or other type of buns would be good, too.

If I were to make these again, I’d just make a Korean barbecue sauce from scratch and just simmer the meat in that. That said, this version turned out quite good.

Brown the beef over medium heat while breaking it apart into coarse chunks.

When it’s no longer pink, add all the rest of the ingredients except the green onions and mix well. Keep cooking until the sauce has evaporated to the degree that it’s really thick—like sloppy joes are.

Spoon the mixture over toasted buns, sprinkle with sliced green onions and serve. 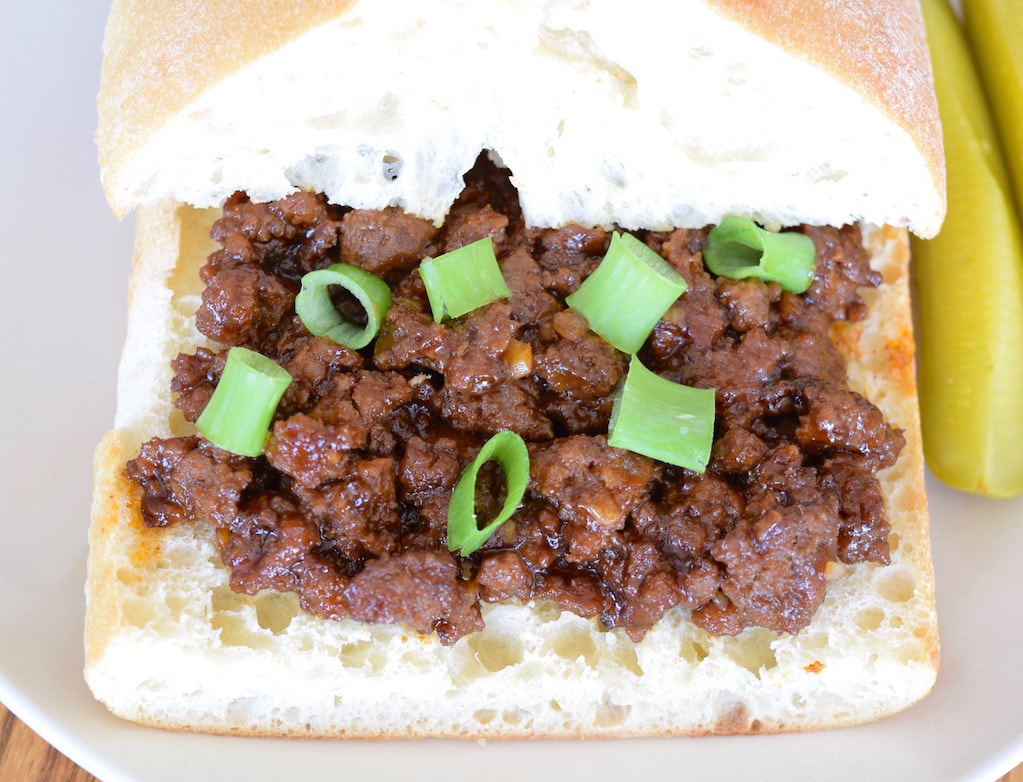