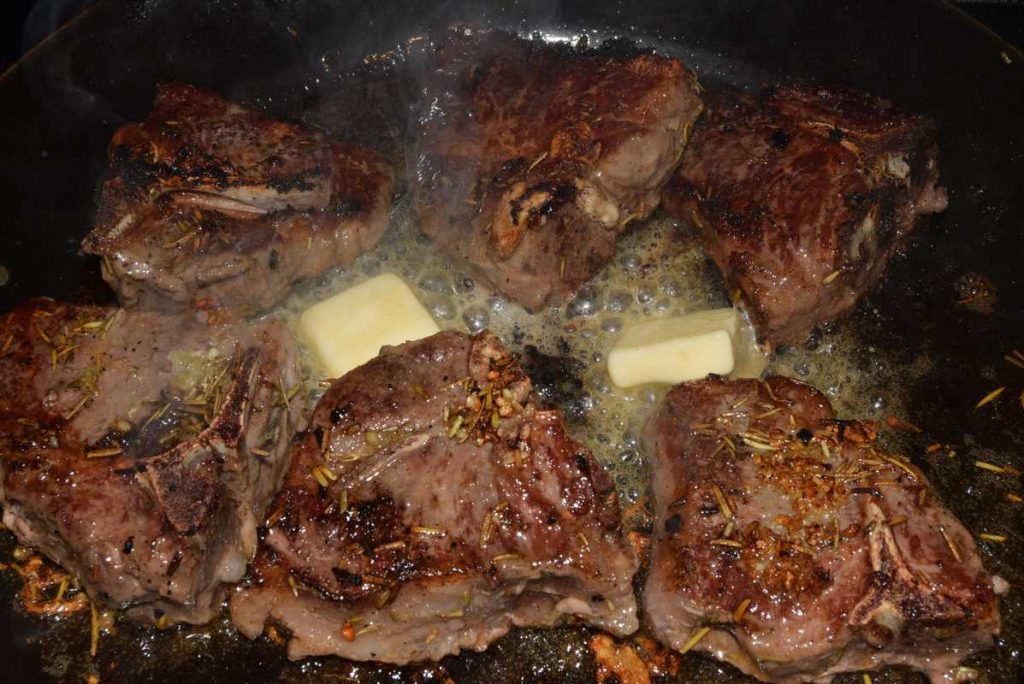 The cost of getting into sous-vide cooking is beginning to drop. I predict that, by the next presidential election, we will begin to see sous-vide systems, in largely-unused condition, in yard sales around the country. Not because sous-vide does not work, but because people do not understand what it is and why you would pick this method over another.

This is exemplified by this article that I browsed recently: “ Dear Silicon Valley: A sous-vide is not a crockpot” Both cook food slowly, but that is about the end of the resemblance. I have gone into detail about the method here, but I will offer a couple of highlights. 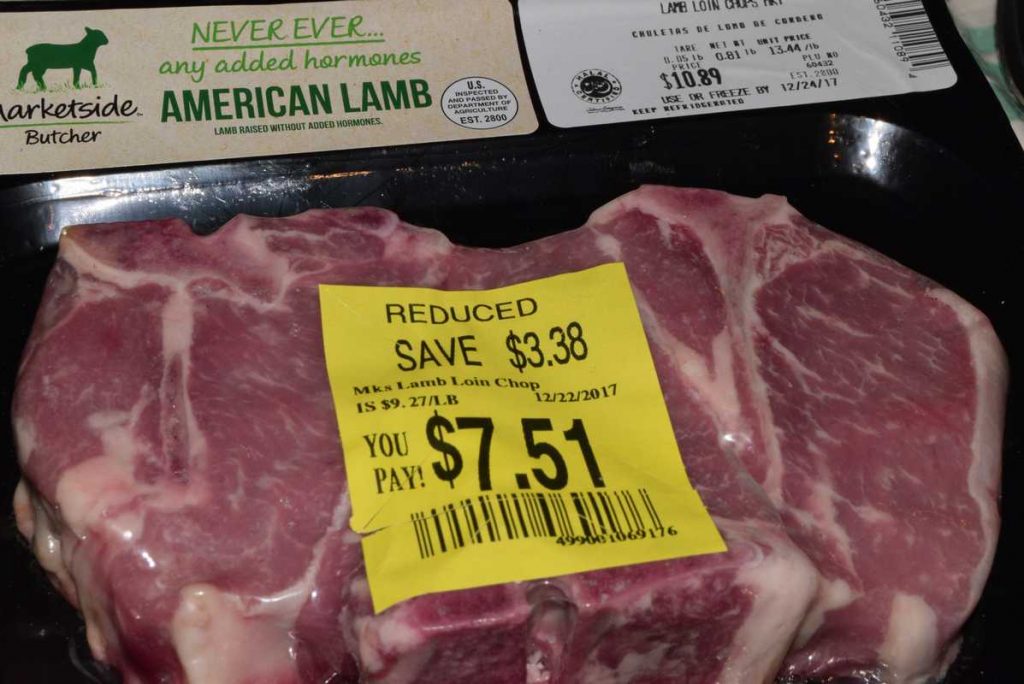 I am cheap, so both of these points appeal to me – either because I want to make cheap meat palatable or, as above, the lamb chops were relatively cheap, but at $7.50 per head, are too expensive to screw up. Add to this that lamb needs to be cooked absolutely on point. I like mine medium-rare. I once has food poisoning from rare lamb, so I am wary of under-cooking. I also had a dinner partner who wanted their lamb medium-well – or at least no hint of blood.

Now, sous-vide is not a method that can provide different degrees of doneness straight out of the bag. However, since it needs to be seared/caramelized/browned before it is served, the saute/sear process provides a way to produce differing finishes. 136 degrees will produce Medium-Rare chops, while 140 results in perfect medium chops. So, in light of the desired goal, I compromised and set the sous-vide for medium and decided to leave mine in the water while I cooked the others for twice as long. I would still have preferred mine to be a little more rare, but the difference in cooking-time that would have been involved made my compromise expedient. 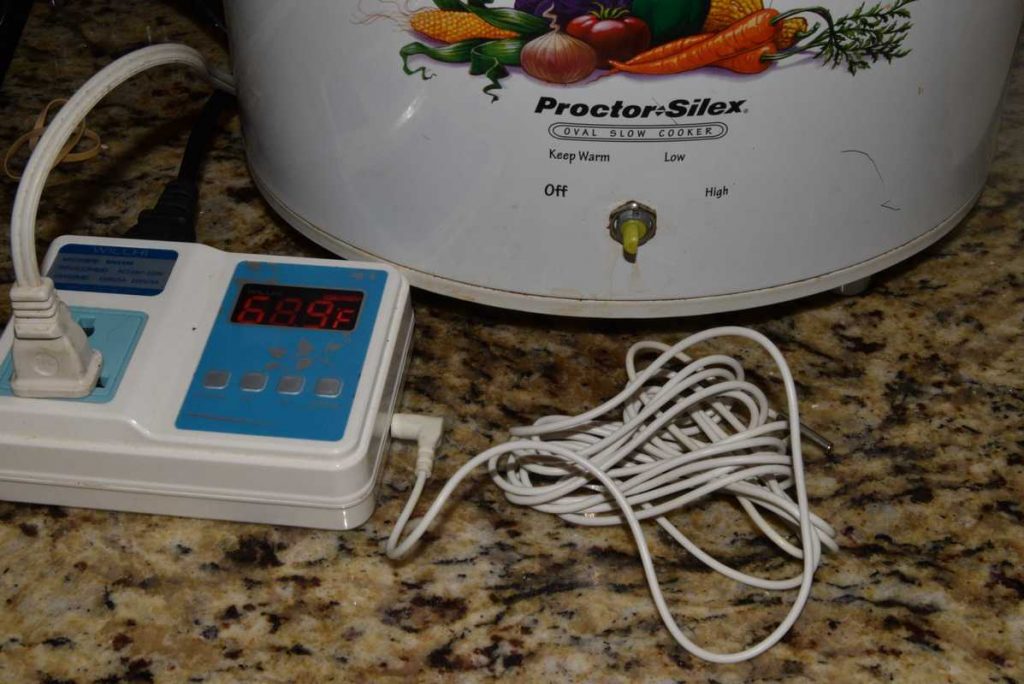 Expensive domestic sous-vide systems can cost as much as $400. The above crockpot and thermo-couple cost just $27. Apparently sous-vide *IS* a crockpot! 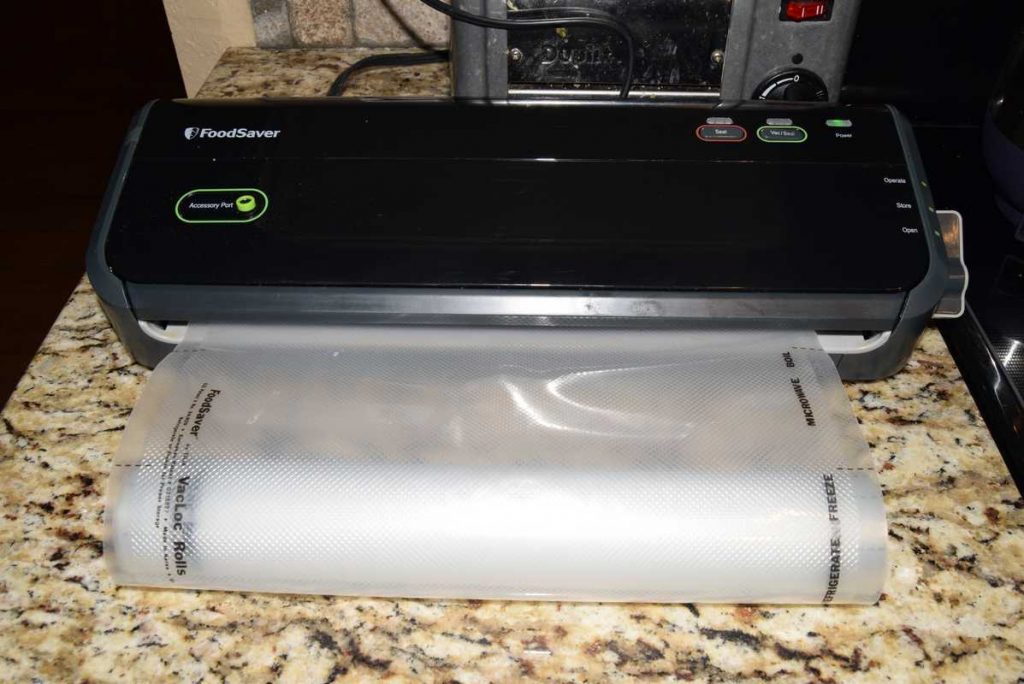 One of the more interesting discussions in the sous-vide world is the problem of chemicals “leaching” from the plastic used to cook. Manufacturers such as Ziploc claim that their plastics are all perfectly safe. I use food saver to vacuum seal my food, but would not be surprised if, further down the road, even these are found to be dangerous. 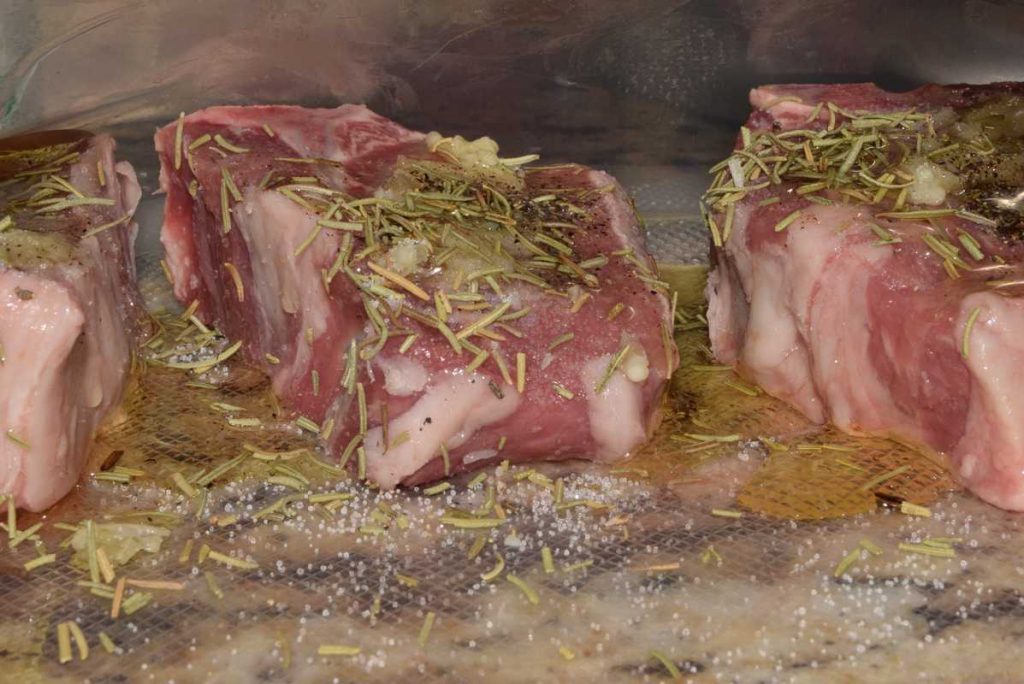 I am wrapping the chops in individual servings (3+3) to facilitate the different cook times. Place in the bag, add EVOO, garlic and rosemary… 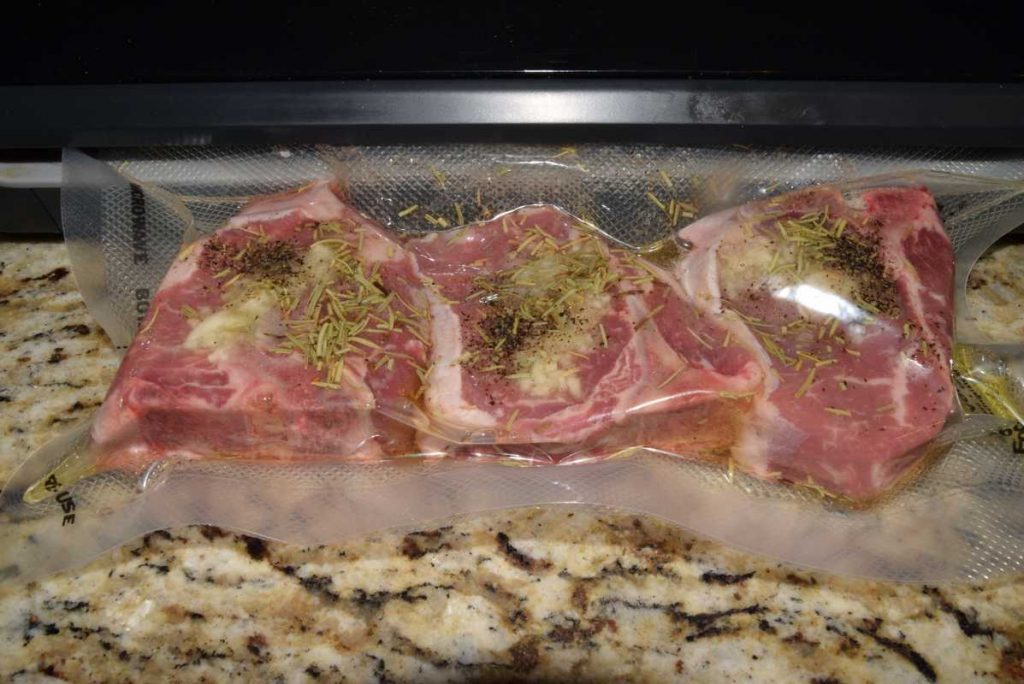 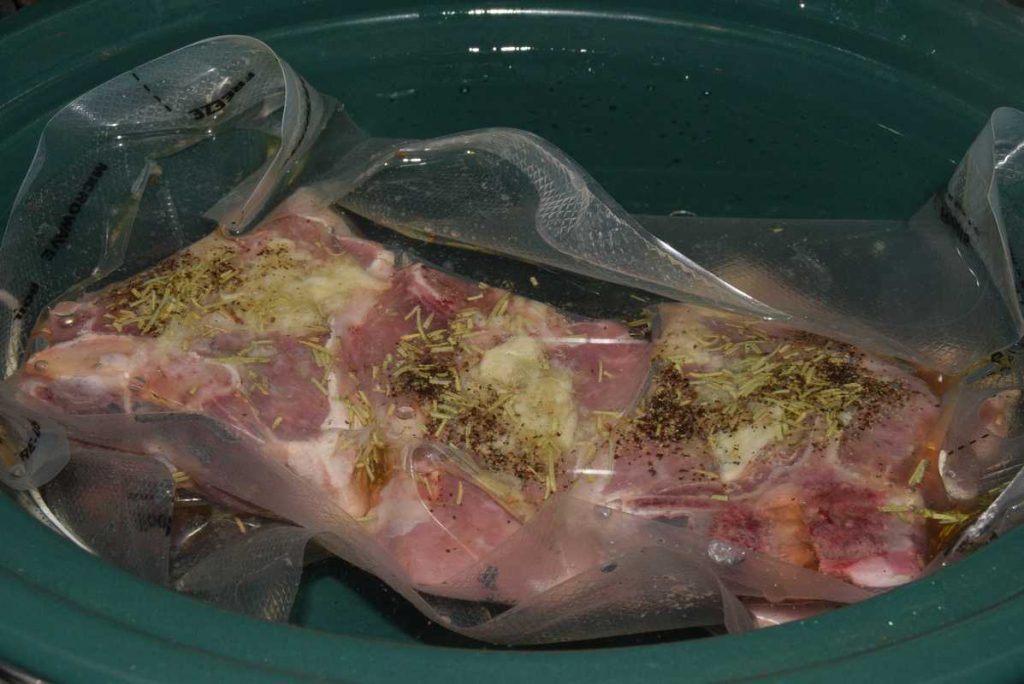 Place in the sous-vide bath set at 140 degrees for medium-cooked chops for 2+ hours. 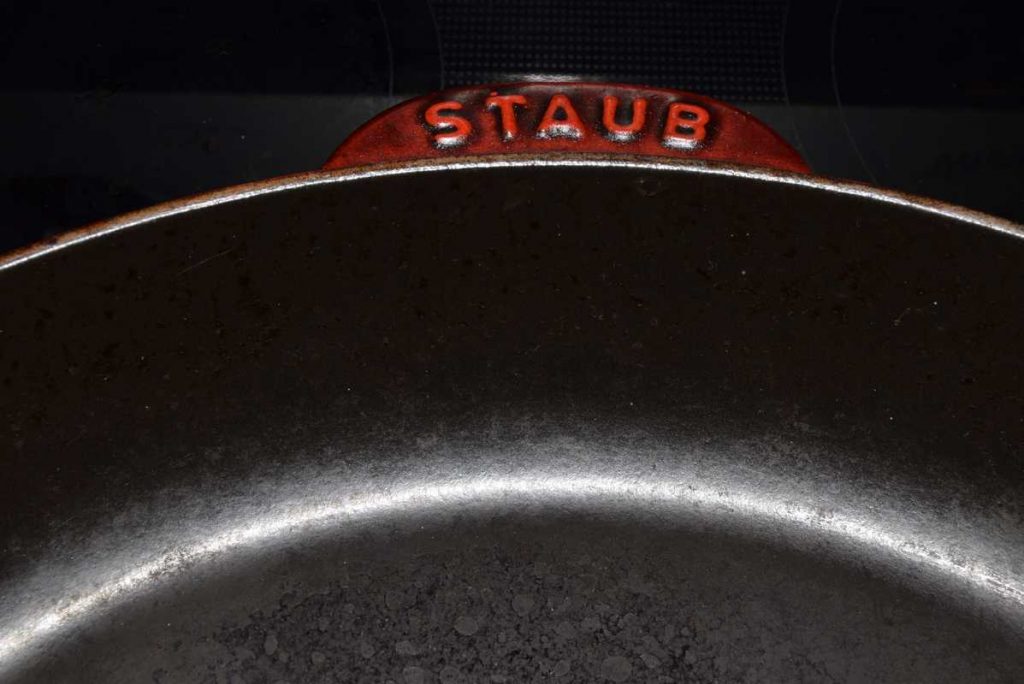 Heat oil in a heavy pan until good and hot. 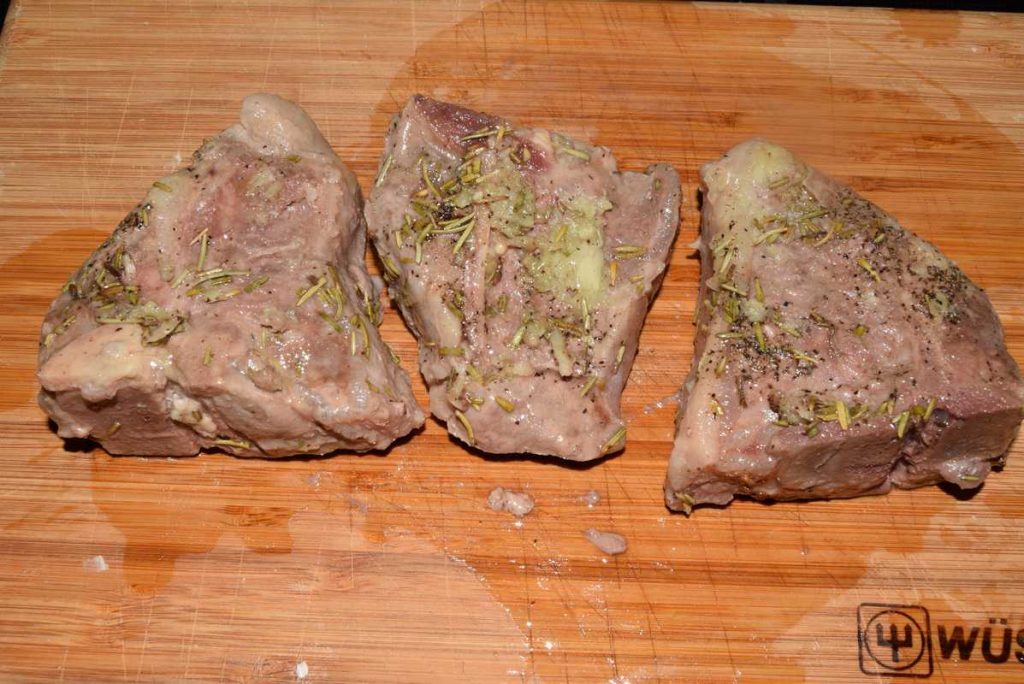 The sous-vide method produces meat that is an exact temperature of doneness. However, the meat has not been browned by the process and that is why the last step is important. The meat is ready to eat as it is, but – as you can see – the greyish color is less that appetizing and the fat is soft, but not browned  and tasty. 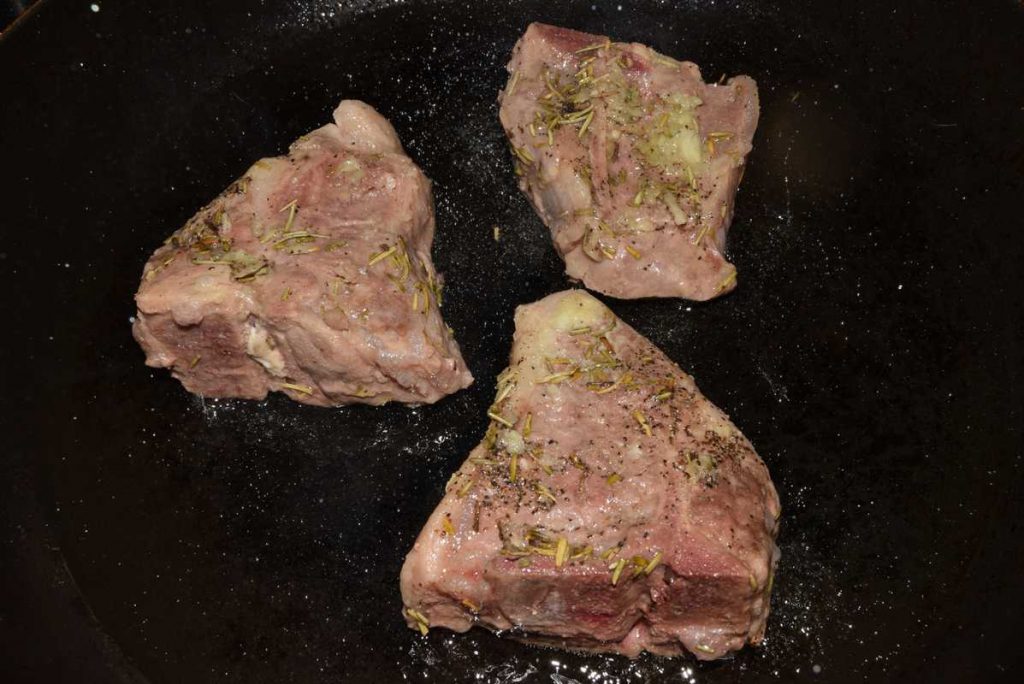 Set aside any accumulated juice/marinade and use it later for gravy/au juice if desired. Brown the chops on both sides… 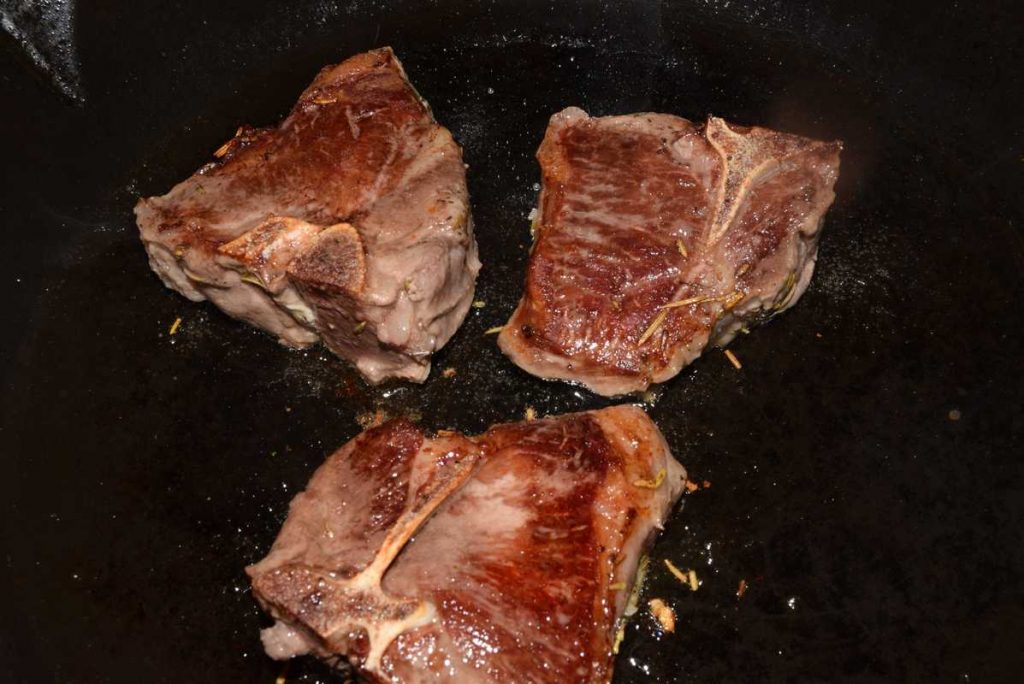 and do not forget… 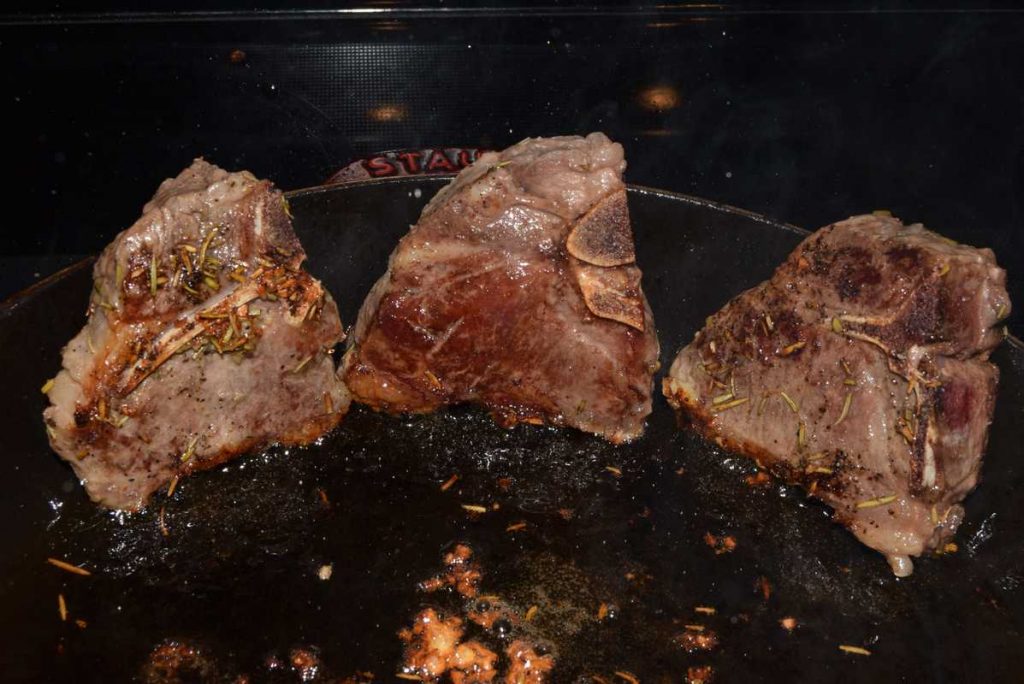 To brown the fat.

My chops were browned for half the time of the others in order to maintain the internal temperature at medium. All were finished of in butter. 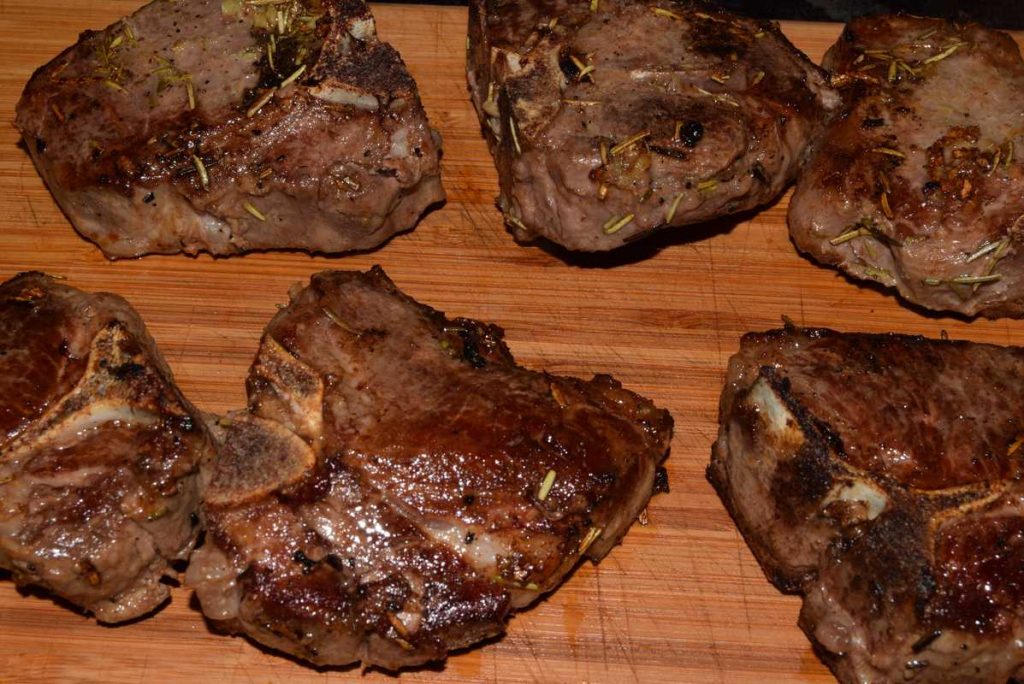 Medium/Medium-Well in the front. Medium in the back. Go back and compare this picture with the chops straight out of the sous-vide. 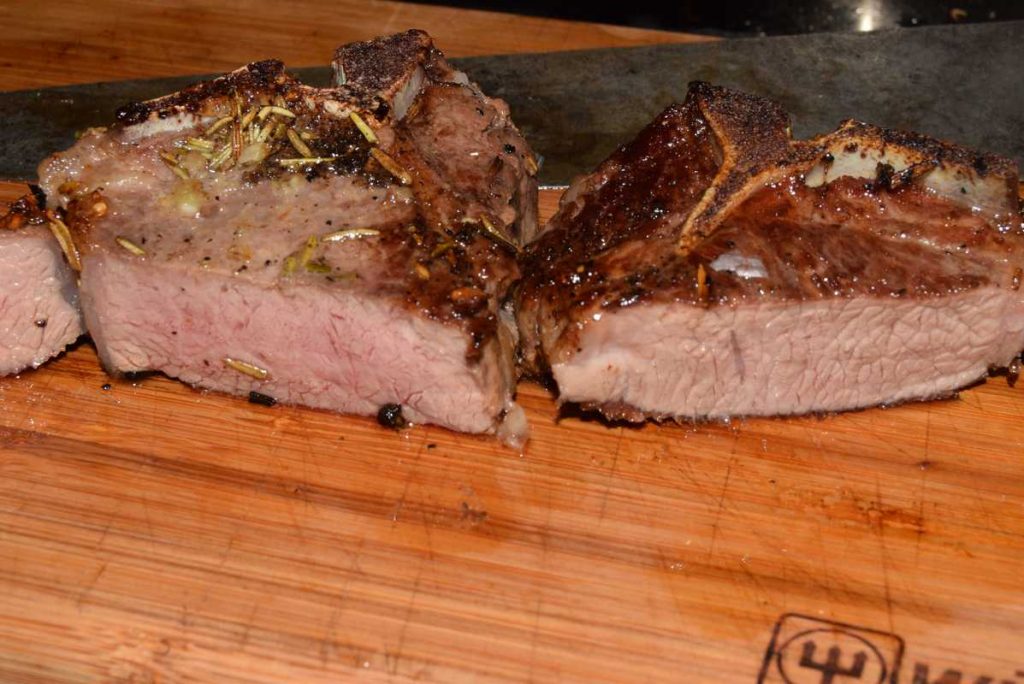 The sous-vide method means that both the medium and medium-well done chops were still very juicy.