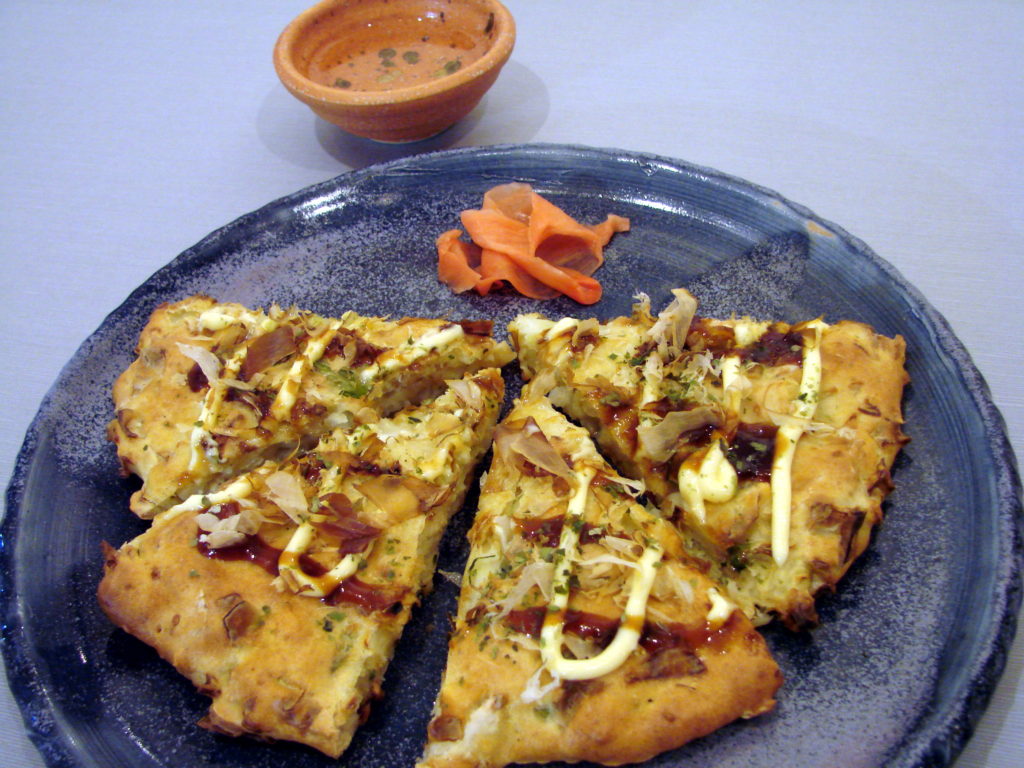 In an earlier post, I had gone over the ins and outs of making okonomiyaki. I hope you tried and liked it.

Now, it’s a number of weeks later and I’m making it again for my wife and me. This time, though, when the stove-top version was done, I had an idea to crisp it up in a hot oven.

As such, I put the finished okonomiyaki in a 450-degree oven with a heated-up pizza stone. I kept a close eye on things to ensure nothing burned, yet let it cook enough that the bottom of the okonomiyaki got nice and crisp, like a pizza crust. 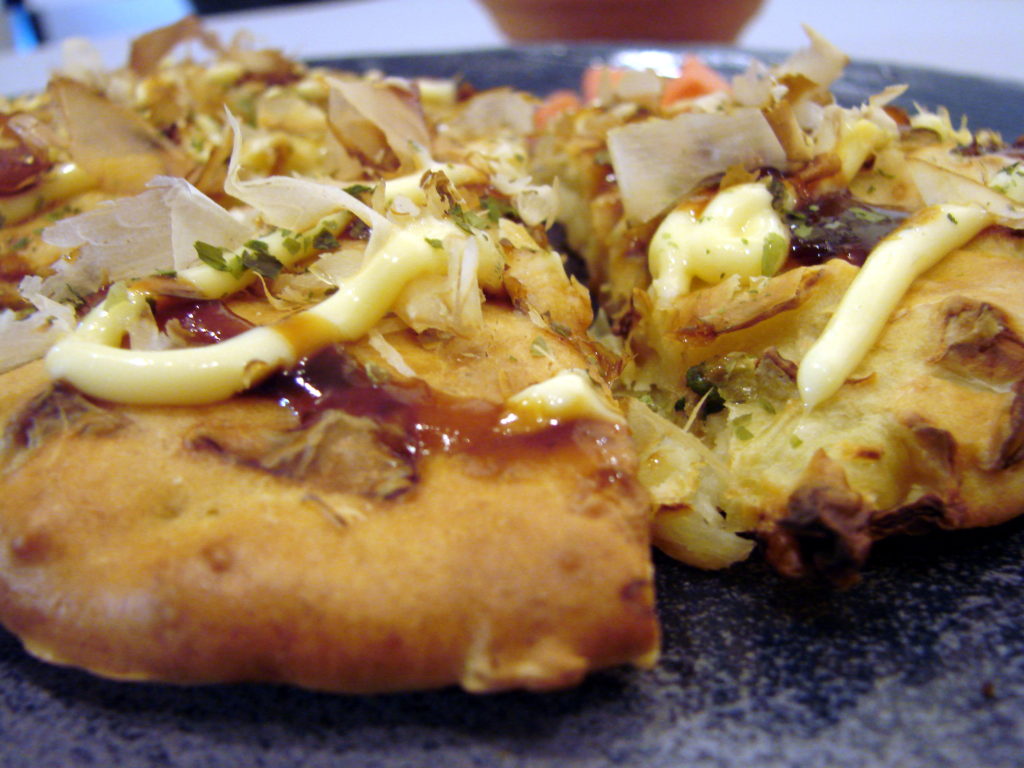 Okonomiyaki pizza is a different take on an old Japanese favorite.

Then, using a pizza peel, I put the okonomiyaki pizza on a wire rack to cool for two minutes. While the crust was cooling, I added the mayo, okonomiyaki sauce, bonito flakes and dried seaweed. At this point, it was ready to be sliced and served with a little sake.

And that’s what you see here. 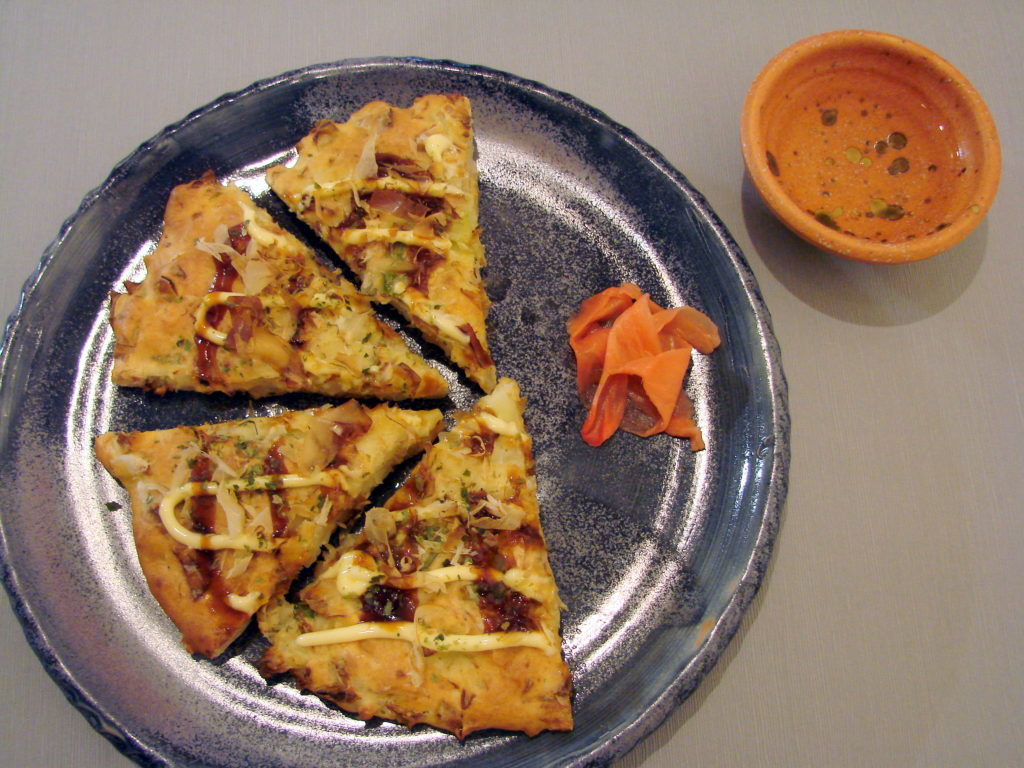 A little sake is the perfect accompaniment to the pizza.

« Tools Of The Trade: Cleaning Your Glass/Ceramaic Cook Top
“I said what?!” Stew »