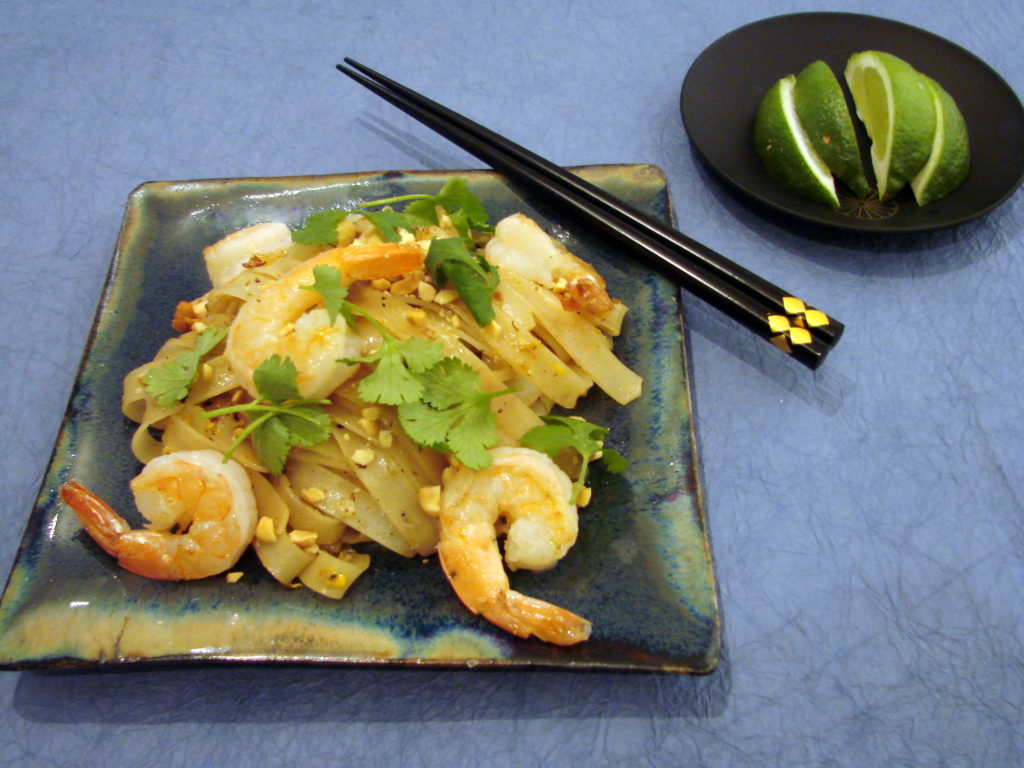 So many people love Pad Thai that it’s a little surprising it’s not a US national dish, too. The Feral Cooks haven’t made this in some time, so it was a nice return to Thai cuisine.

The unofficial national Thai dish, Pad Thai—like the majority of Thai dishes—is composed of the key flavor elements of sweet, salty, sour and spicy. While the origin is up for debate, it is a permissive dish with much room for variation. For example, proteins can include shrimp, crab, squid or tofu, while vegetables can include red chilies, bean sprouts, cilantro, garlic and Thai basil. Of course, not using meat makes the dish vegetarian.

The most important part of the dish, though, is the sauce. Depending on your taste, the magic concoction is nearly equal parts tamarind paste (sour), fish sauce (salty) and sugar for sweetness. The spicy element comes from the chilies.

I typically make Pad Thai with shrimp or sometimes chicken, but I recommend shrimp for the best overall outcome. One key with the shrimp is to stir-fry them and set aside before you fry up the noodles, etc., then throw the shrimp back in about a minute before you serve.

The recipe used here is from a book whose title and author I’ve long since forgotten. Please keep in mind that most Pad Thai is made in a similar way, with a minor variation on ingredients.

What you’ll need for the sauce—amounts can be varied to your pallet:

Soak the noodles in lukewarm water for 30-60 minutes until they’re limp, but still firm. Drain them well and put in a colander while starting to cook the other ingredients.

Mix the fish sauce, tamarind and sugar until the sugar is dissolved. This is the best time to alter the flavor, as needed.

Put 1T of oil in your wok (or even a large fry pan) and heat it until it is smoking hot. Stir-fry the shrimp until they turn pink—then set aside with a cover over them. Be careful not to cook them too much, because they’ll be back in the wok for reheating.

Add the 2T of remaining oil and return the wok to being very hot. Add the shallots, chili and garlic—stir-fry for 15-30 seconds, then add the beaten egg. Cook it until lightly set, then break it up into pieces with your cooking spoon. Add the drained noodles and stir and toss them quickly to keep them separated from each other.

When the noodles are just about done (they’ll be slightly chewy) add the sauce and continue tossing the noodles so they don’t stick or burn.

After the noodles are done (check by eating one, you’ll know if they’re done or not), put in 1/2 the bean sprouts and ½ of the chopped peanuts. Return the shrimp and keep tossing to ensure everything is hot and cooked enough.

Put the finished dish on a plate or platter and top with the remaining sprouts and peanuts, then garnish with lime wedges and cilantro.

*Lime wedges can be squeezed over each portion before eating. 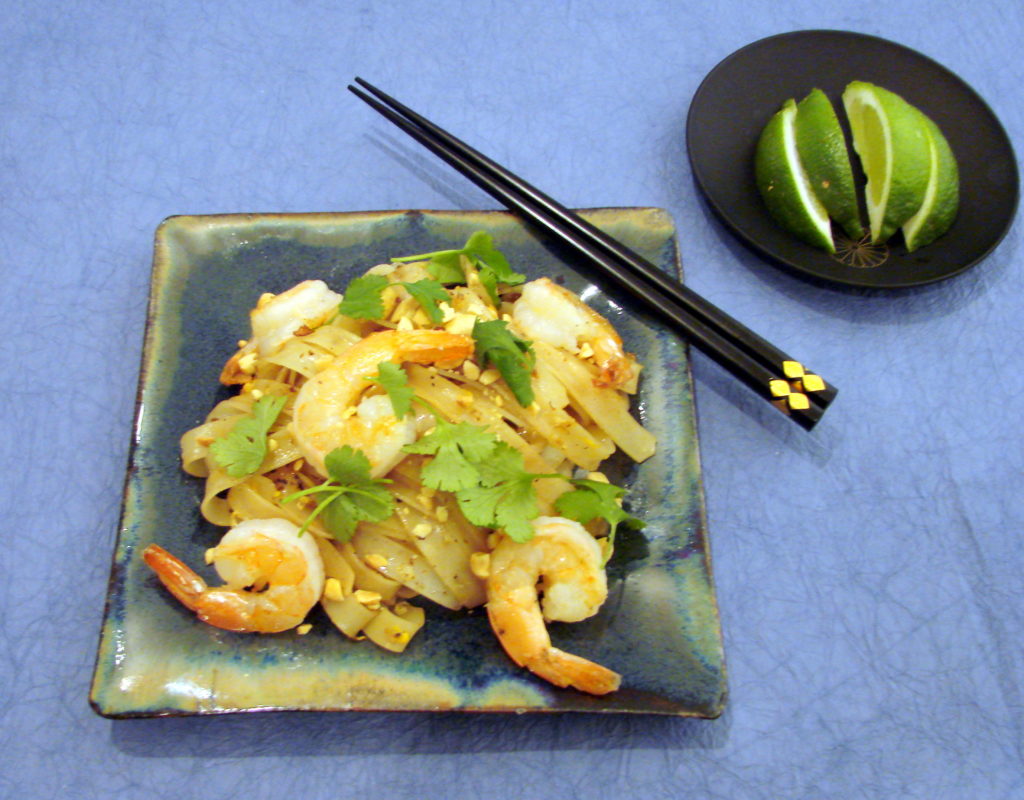