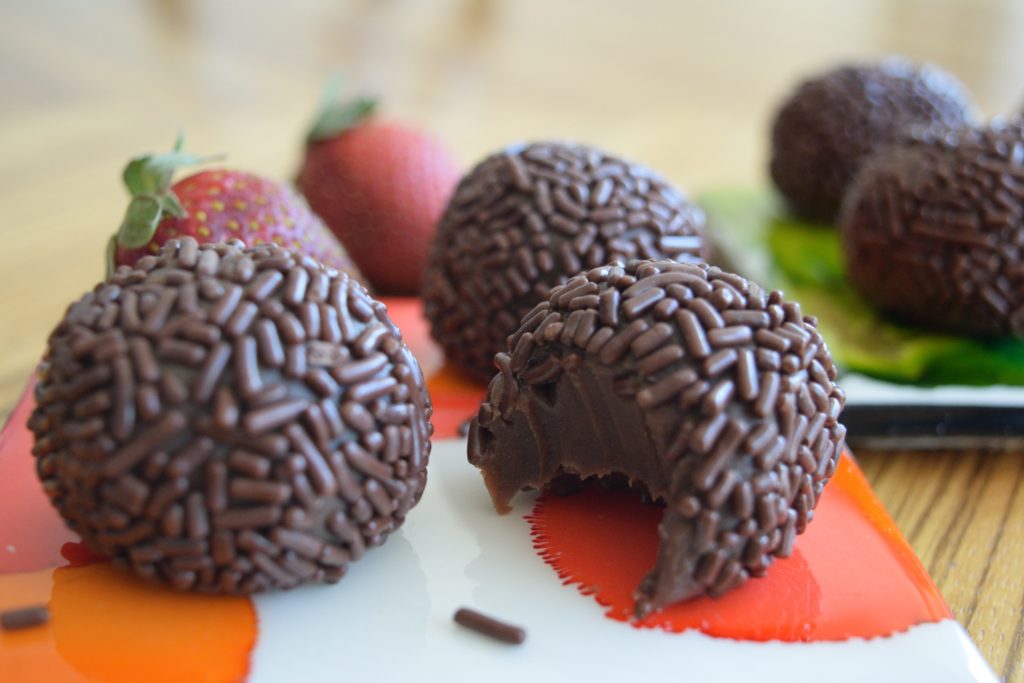 These balls of chocolate goodness are courtesy of Brazil. The recipe used here came from Saveur magazine, issue 144.

I read up on these and discovered that brigadeiros are basically Brazil’s national sweet, and they are served at special occasions, including birthdays and weddings. They are also nearly ubiquitous at cafes, bakeries and confectioneries.

The history of these is interesting, in that that they reportedly came to be named (and soon famed) as part of Brazilian Air Force Brigadier, Eduardo Gomes’ presidential election campaign. Instead of filling people with lies and boasts, he supplied these treats at campaign events. Because of their rapid rise to popularity, brigadeiros were soon sold to raise money for the campaign. Gomes did lose the election, but the Feral Cooks want to believe he did so with sweet dignity. 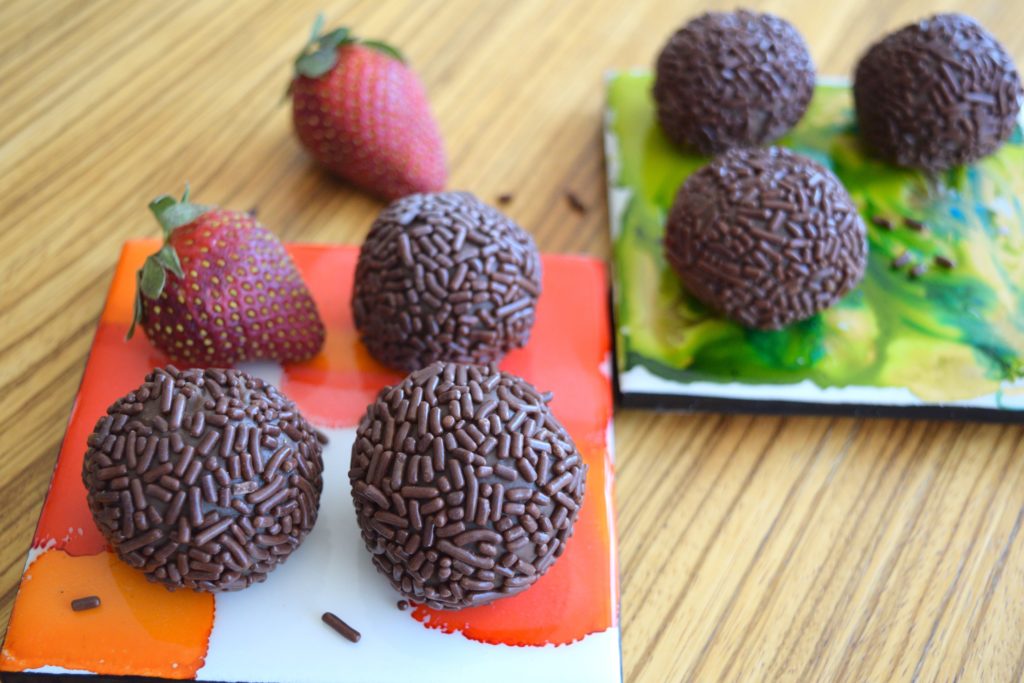 They go well with strawberries. Chocolate-dipped would even be better.

The funny thing is, no one really knows who invented them. They most likely came to be as a result of post-WWII Brazilians having difficulty obtaining fresh milk and sugar. In an effort to continue making Brazilian deserts, many turned to finding a substitute for sugar and milk. They discovered that mixing and cooking sweetened, condensed milk and chocolate produced a wonderful delicacy.

Since the 1950s, alternative flavors have cropped up, with many of them involving different coatings to role the fudge in. This recipe results in the traditional sweet. 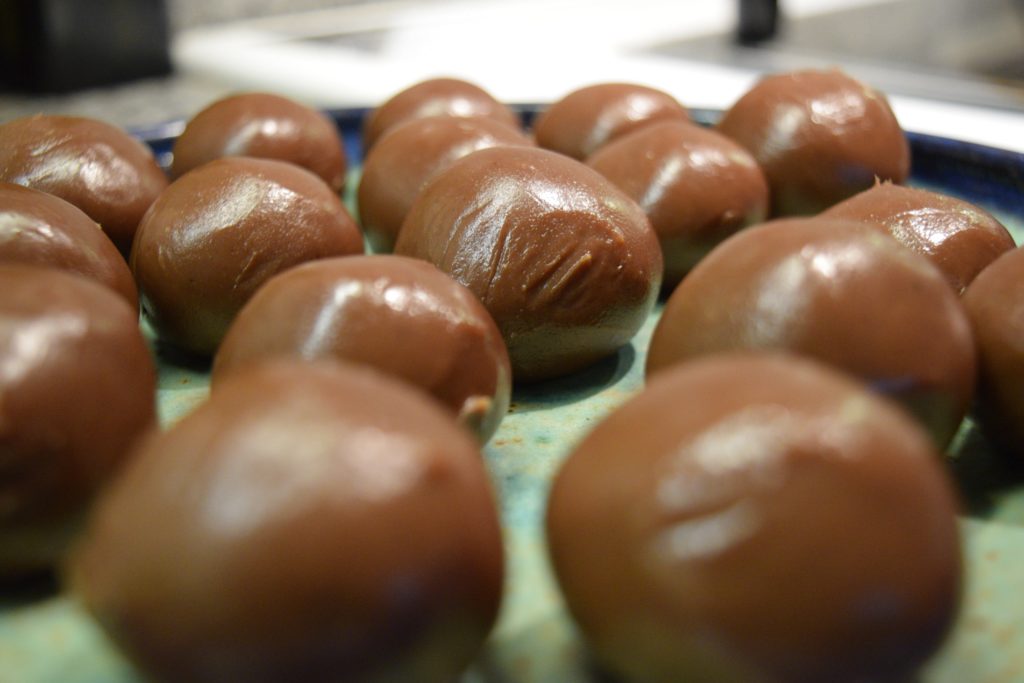 Rolled and ready to coat. They kind of remind me of the eggs from the “Alien” films.

Put the butter, cream and milk in a medium or large saucepan and bring to a boil.

Add the chocolate and cocoa, reduce the heat to low and cook. Keep stirring the entire time, until the consistency is like a dense batter, about 15 minutes.

When the mixture is nice and dense, pour it into a bowl and let it cool for a bit before chilling it for 4 hours.

When the fudge is sufficiently chilled, use a tablespoon as a portion guide and roll each portion into a ball. I wore nitrile gloves while rolling, to help slow the transfer of heat from my hands to the fudge. Work fast!

When the balls have been re-chilled, pour some chocolate sprinkles into a small, shallow bowl and roll the fudge until each ball is covered. 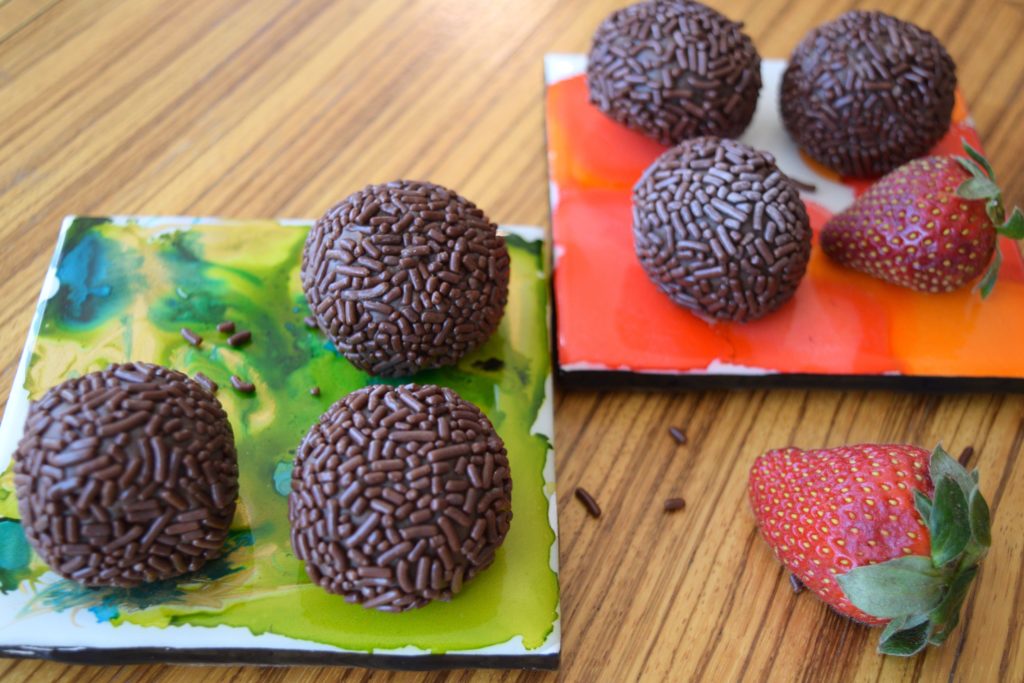