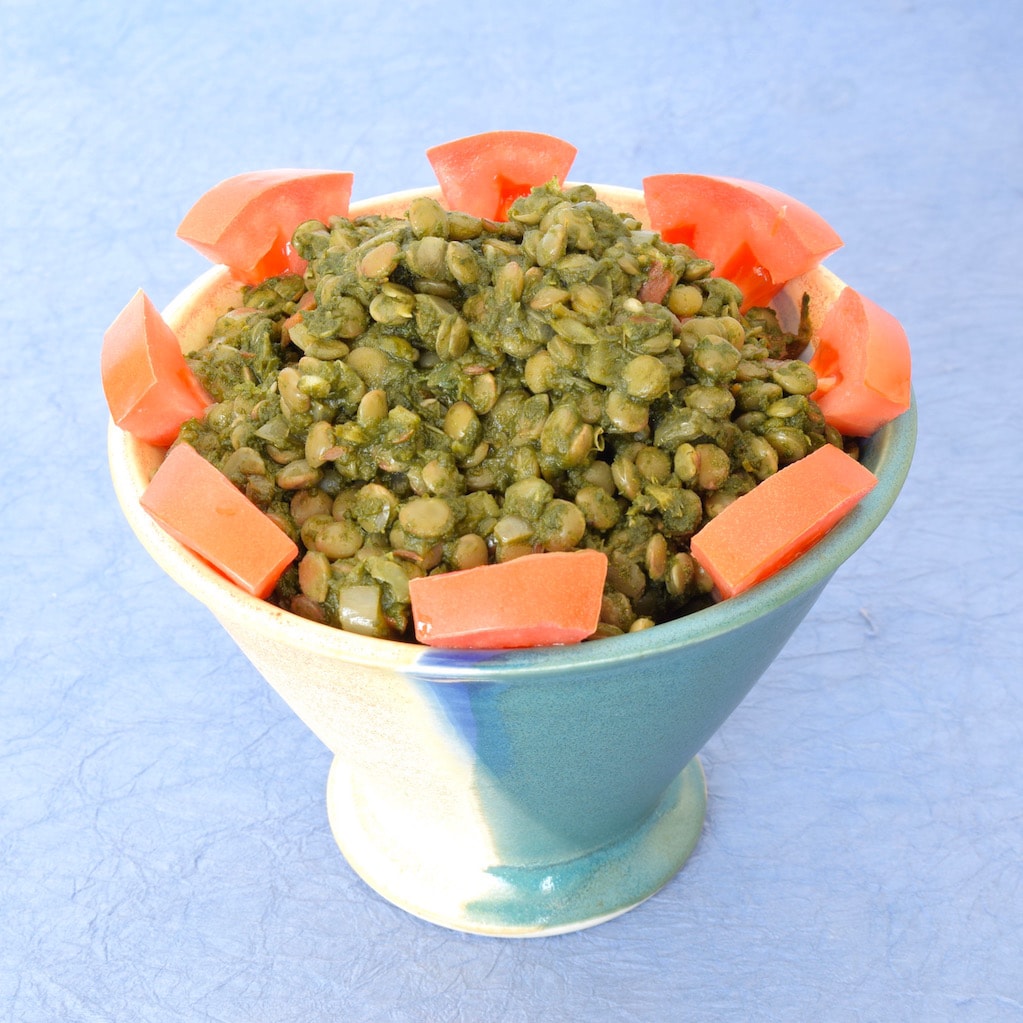 Anyway, I found this recipe on the site, posted by a San Francisco-based software engineer and henna artist who runs this blog. Now I usually shy away from cooking vegan recipes, but this healthy dish sure hits the mark. It’s not super spicy, and any bite from the chili is offset by the sugar. It’s also really filling when served with rice.

One thing that’s amusing to me is that 6 cups of fresh spinach cooks and purees down to something like a half-cup.

Give this easy recipe a try; you’ll be glad you did.

Cook the lentils by adding them to a medium saucepan with more water than you think you’ll need. Bring to a boil, and cook for 15 minutes, or until tender. Drain and set aside.

While the lentils are cooking, heat the oil over medium heat in a fry pan, add the cumin seeds and let them cook until they sputter. Then, add the onion and cook for about 5 minutes, until they begin to soften. Add the garlic, green chili and ginger, and cook, stirring for about a minute or two.

Next, add the chopped tomatoes and all the spices and sugar, thoroughly mixing, and cook until the tomatoes soften (about 10 minutes). Stir often, so they don’t stick.

While tomatoes are cooking, bring a lot of water to a boil in a pot large enough for all the spinach. Boil the spinach for 5 minutes, then drain, cool for a bit, and purée. An immersion blender and a tall, narrow container works well for this.

When the tomatoes are ready, add the puréed spinach, then lentils, and stir well, cooking over medium-low heat for about 6 minutes.

Adjust the seasoning, if needed, and serve with hot with rice or your favorite Indian bread. 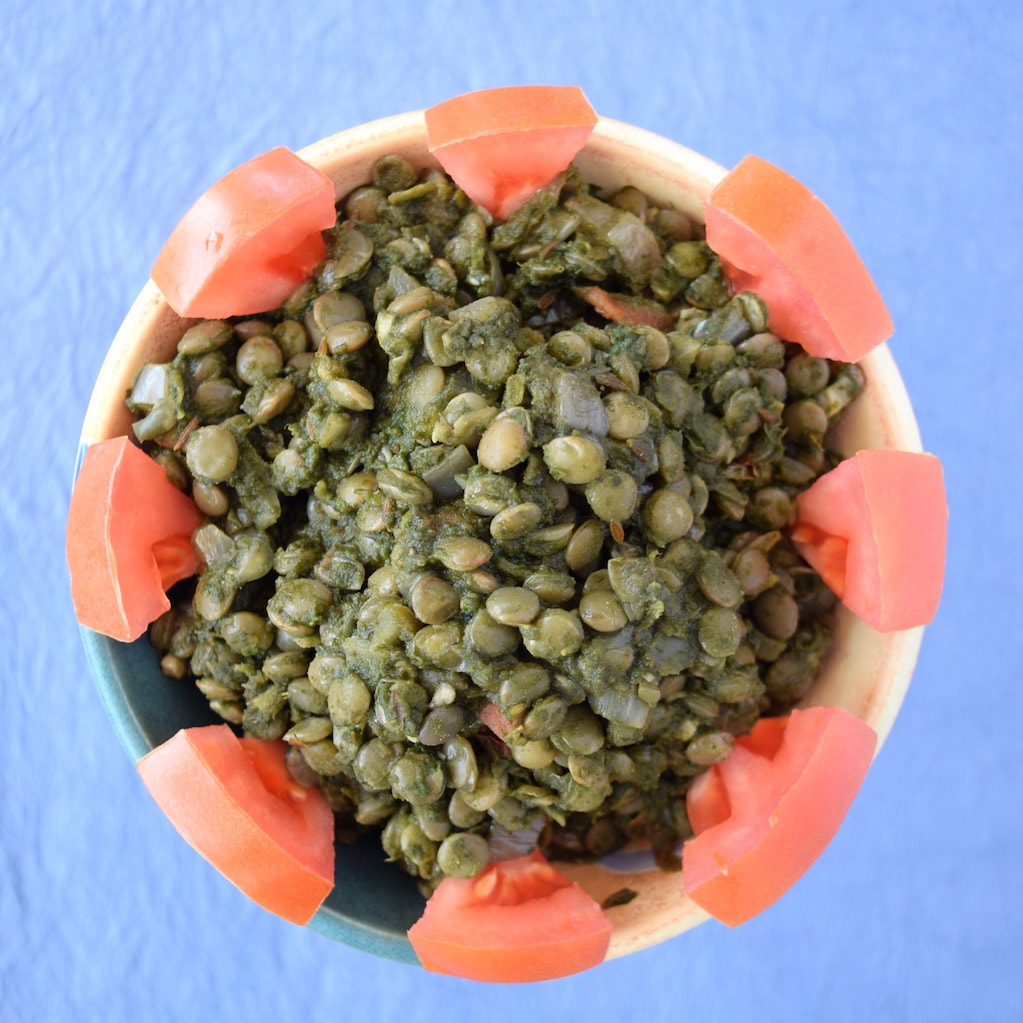