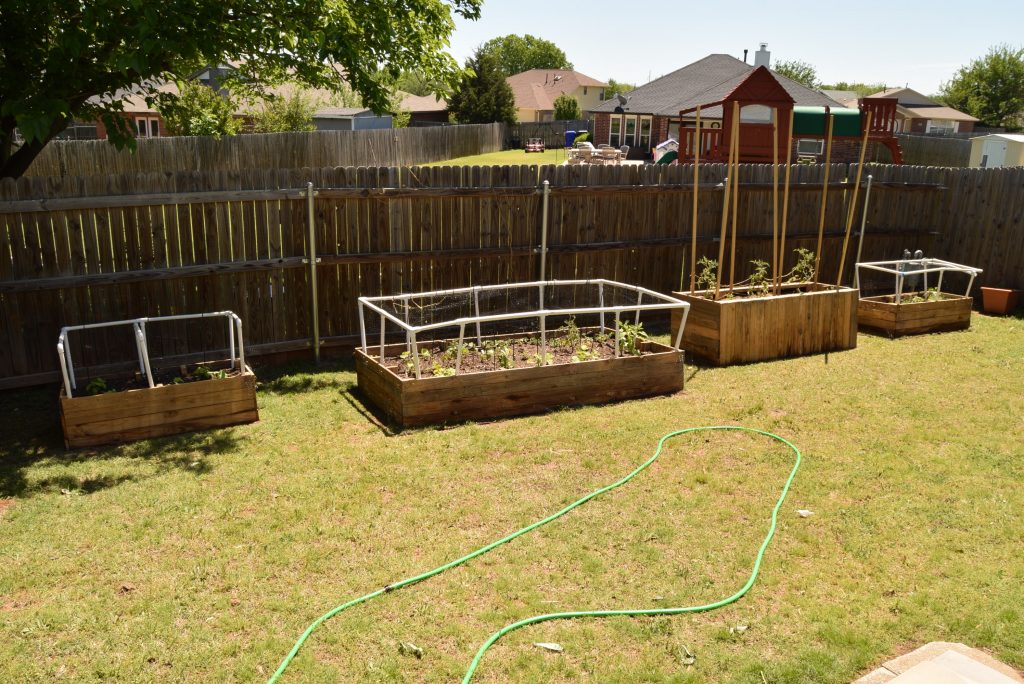 I promised to keep you updated – and there have been a few minor changes.

The biggest is the anti-bird cages that I put in after I began noticing some broken plant limbs. These things are still tiny, so it could not have been the neighborhood rabbit (who lives under the decking that I put down for the trash cans). If it had been that particular beast, it would have savaged the whole crop and there would have been plenty of bunny prints. So, I surmised that it was probably birds and that there was an easy fix. 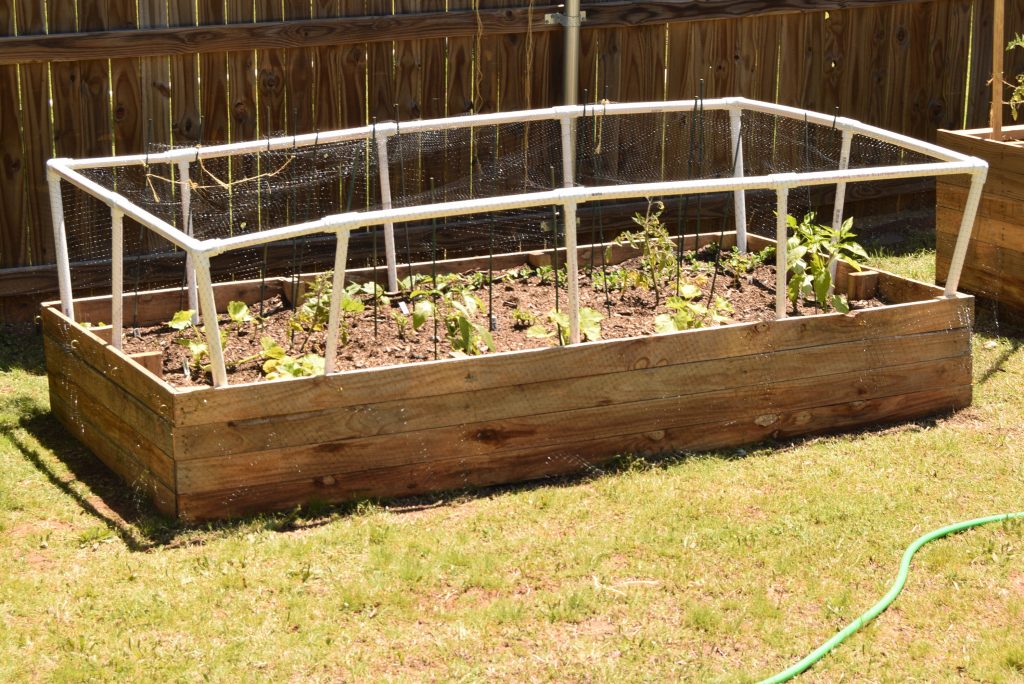 I had toyed with the idea of making a chicken run out of plastic piping and, fortunately, remembered that I had stashed the abandoned project (click here for details on the eventual coop) in a box in the garage. 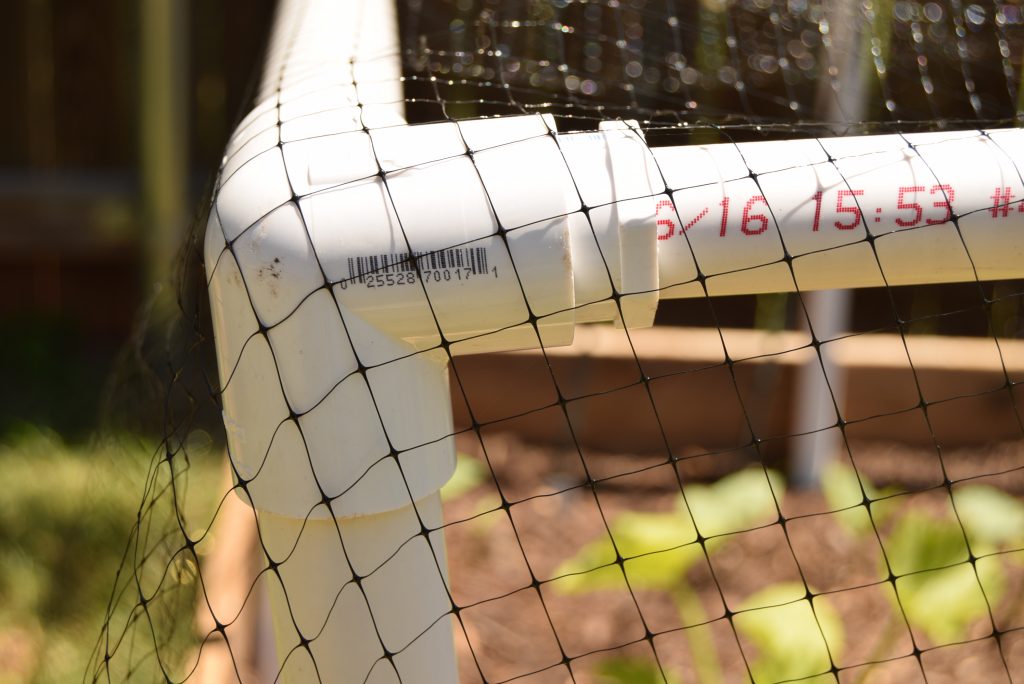 The resulting frames aren’t the prettiest in the world, but took me a fraction of the time that it would have if I had split pallets for wood to make my first idea. 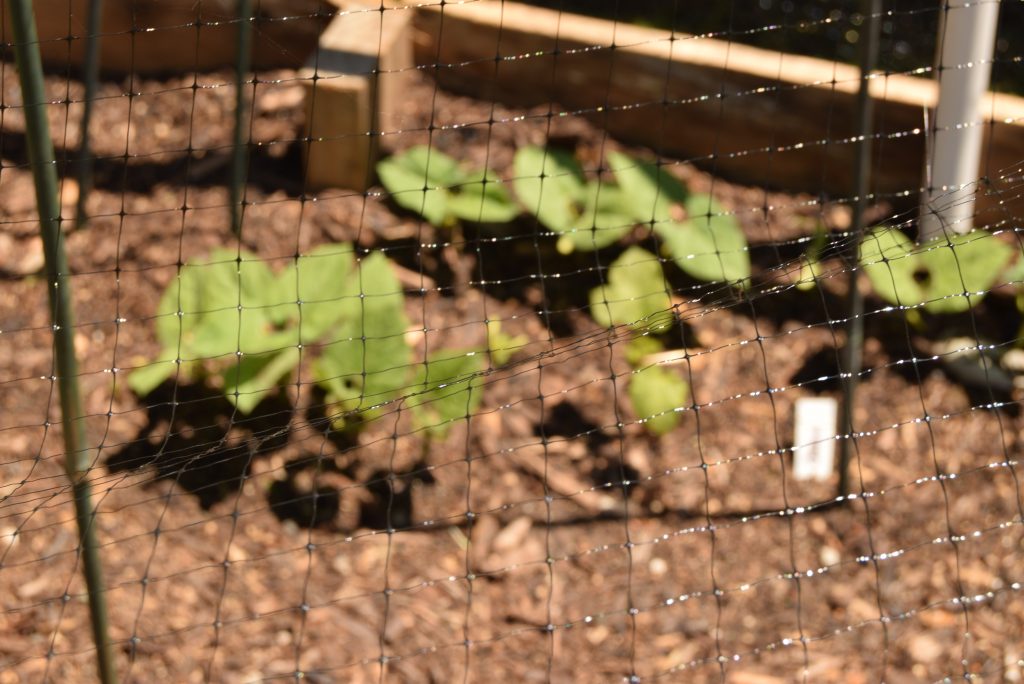 I stretched plastic netting over the frames. 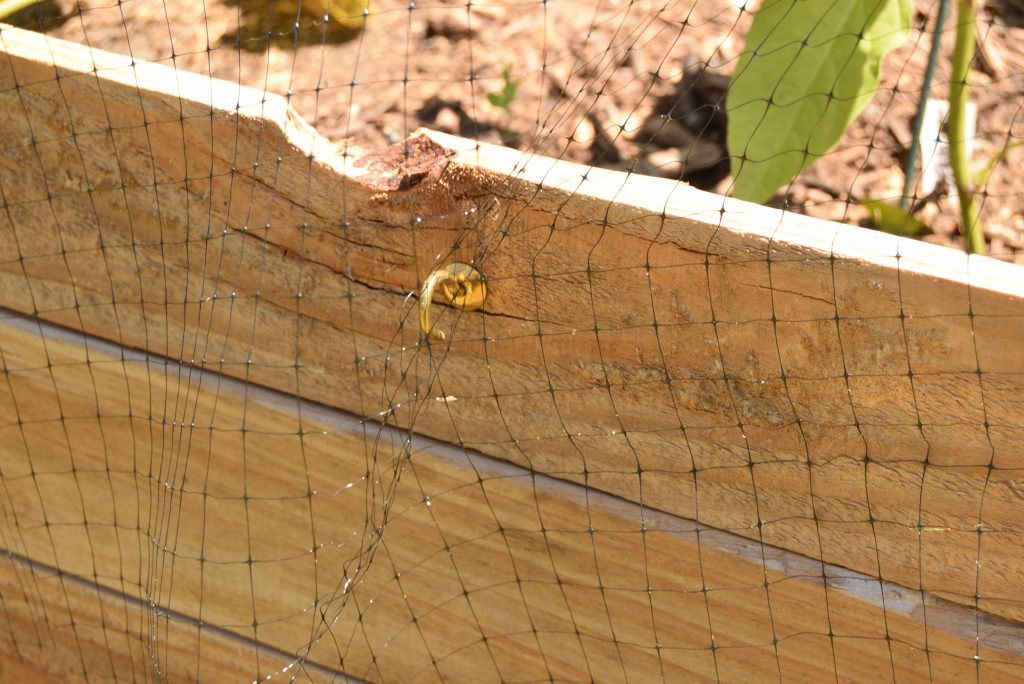 And secure it with cup-hooks, so that I can get in and out easily. 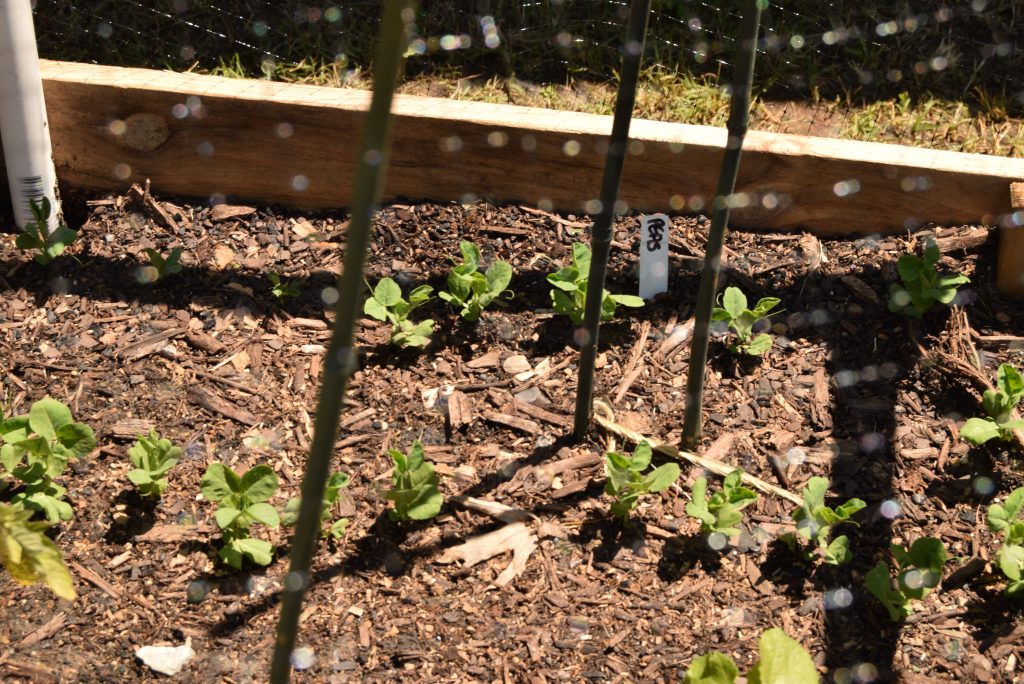 I am happy to report that the peas and beans, that were sewn from seed, are coming on nicely. 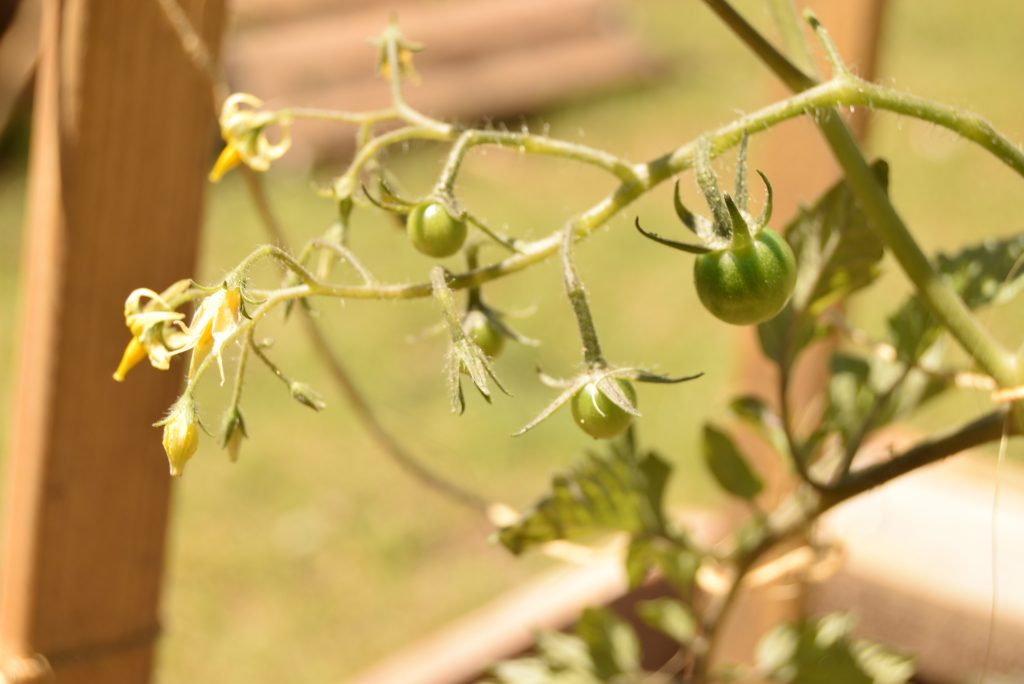 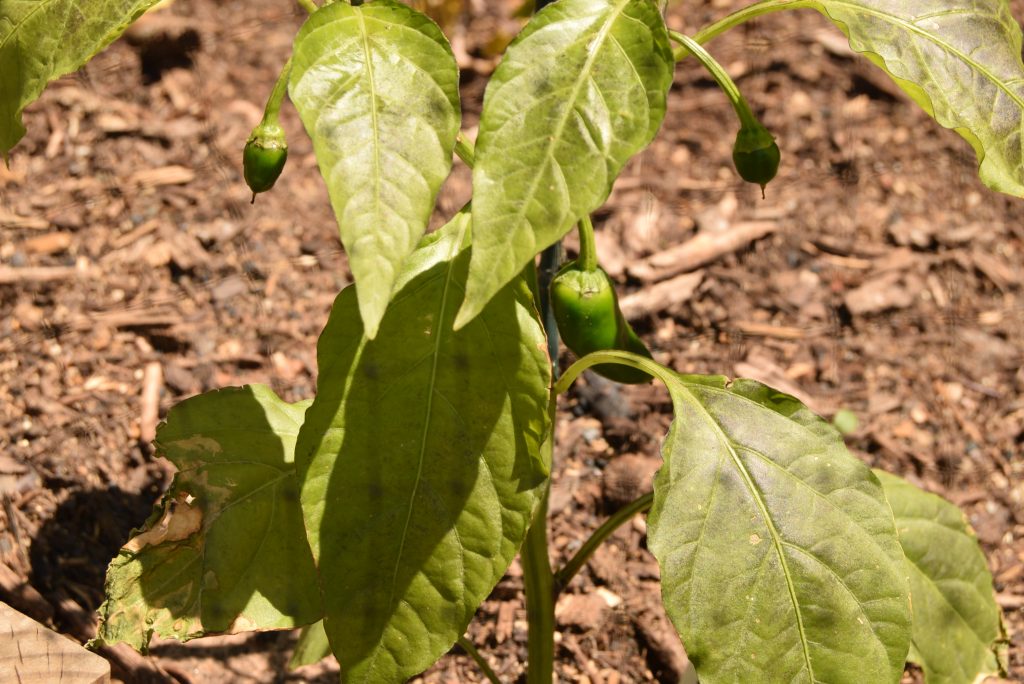 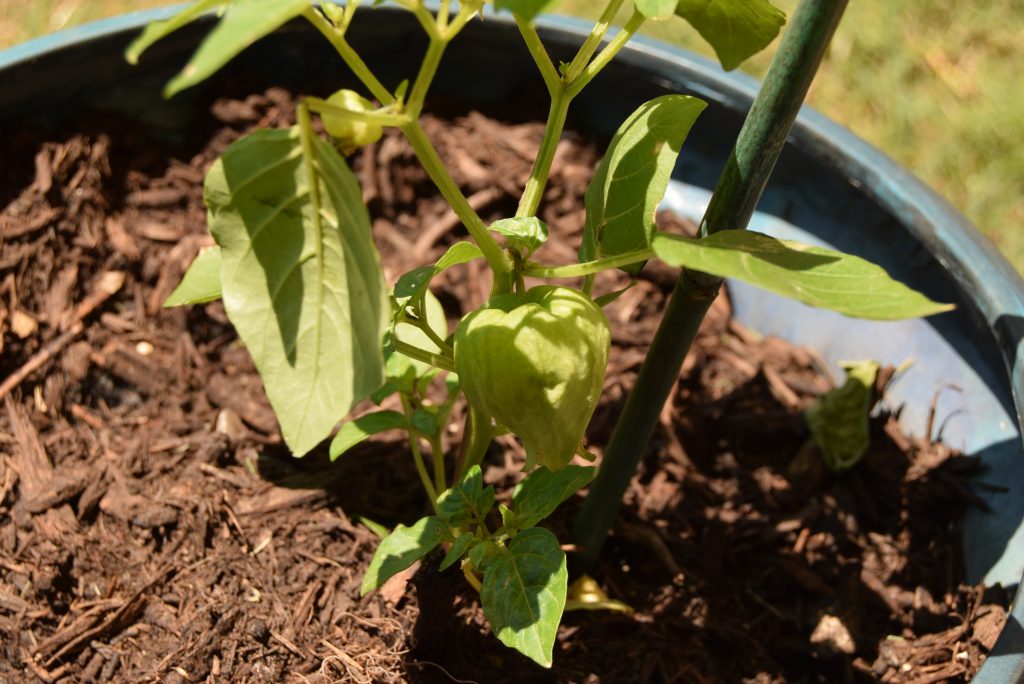 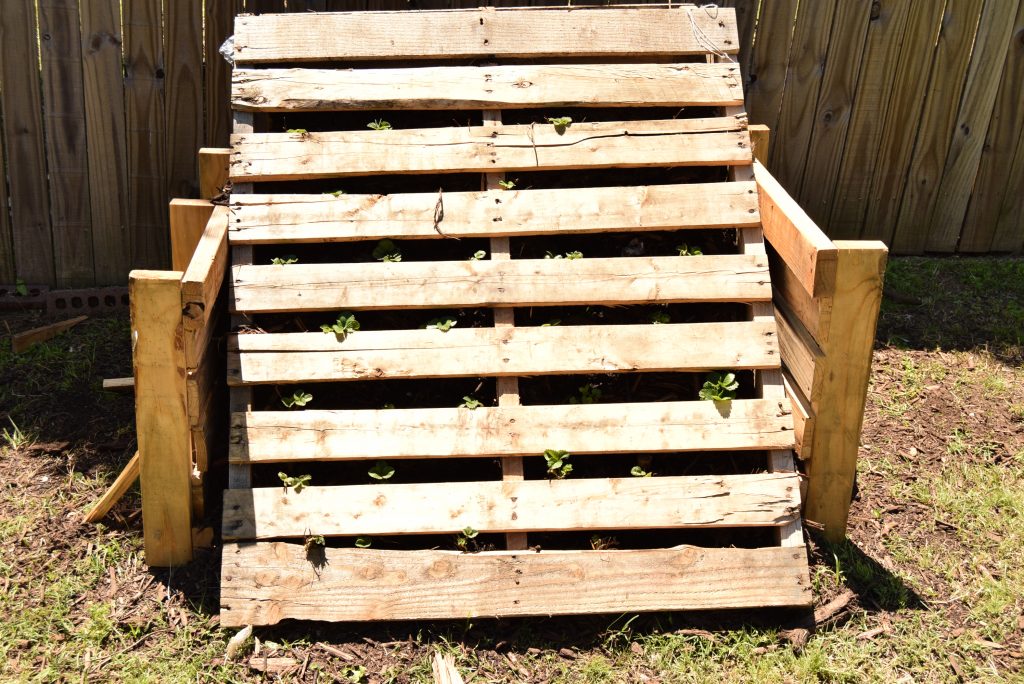 However, I am especially proud of the pallet-strawberry planter. 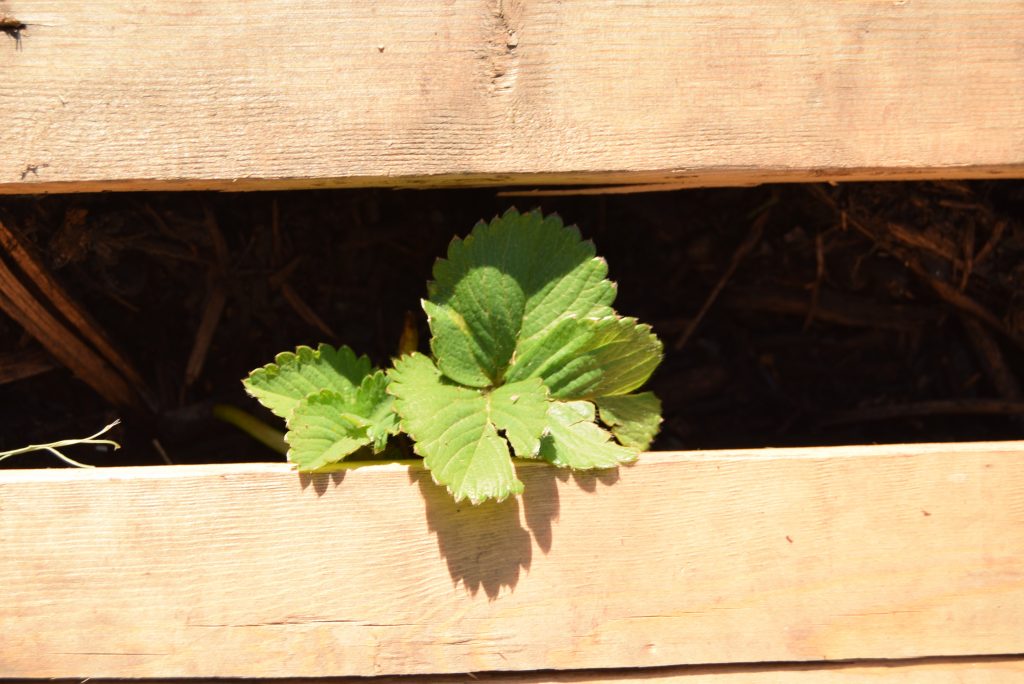 I bought 50 bare-root strawberry plants and they are already showing signs of life after less than a week. 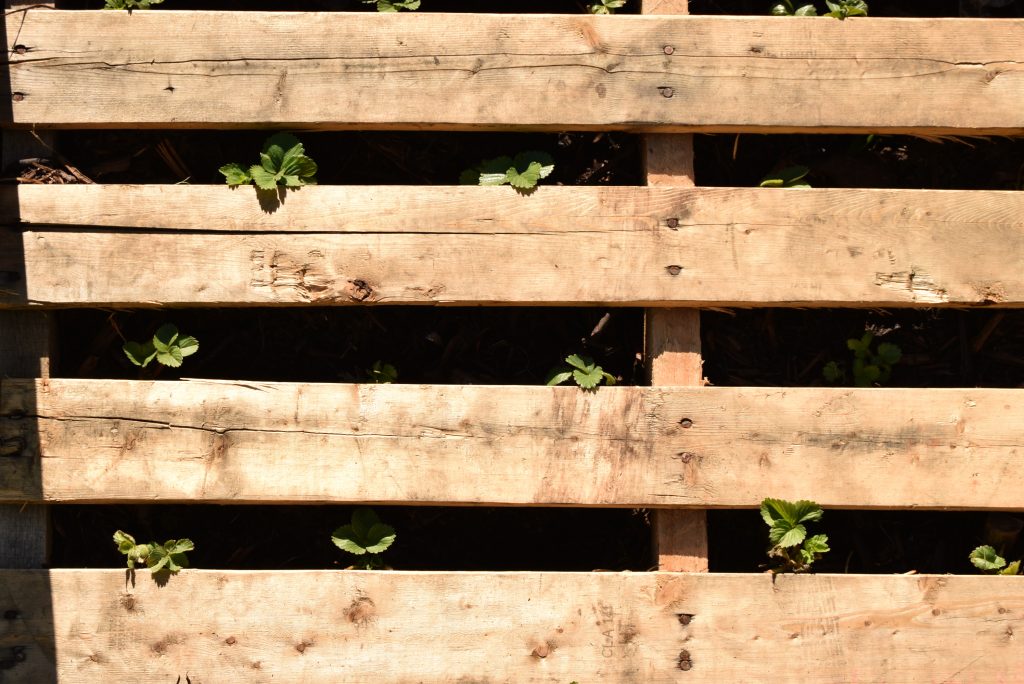 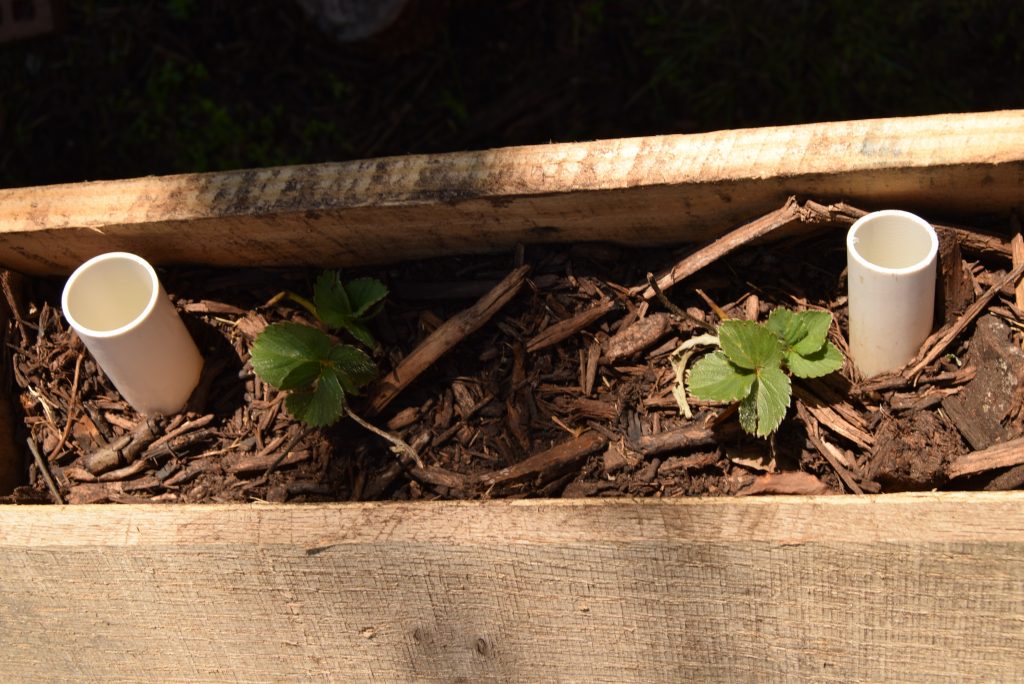 I am really pleased with this irrigation system which allows me to get water all through the stack.

Watch this space to see what happens to these little guys! 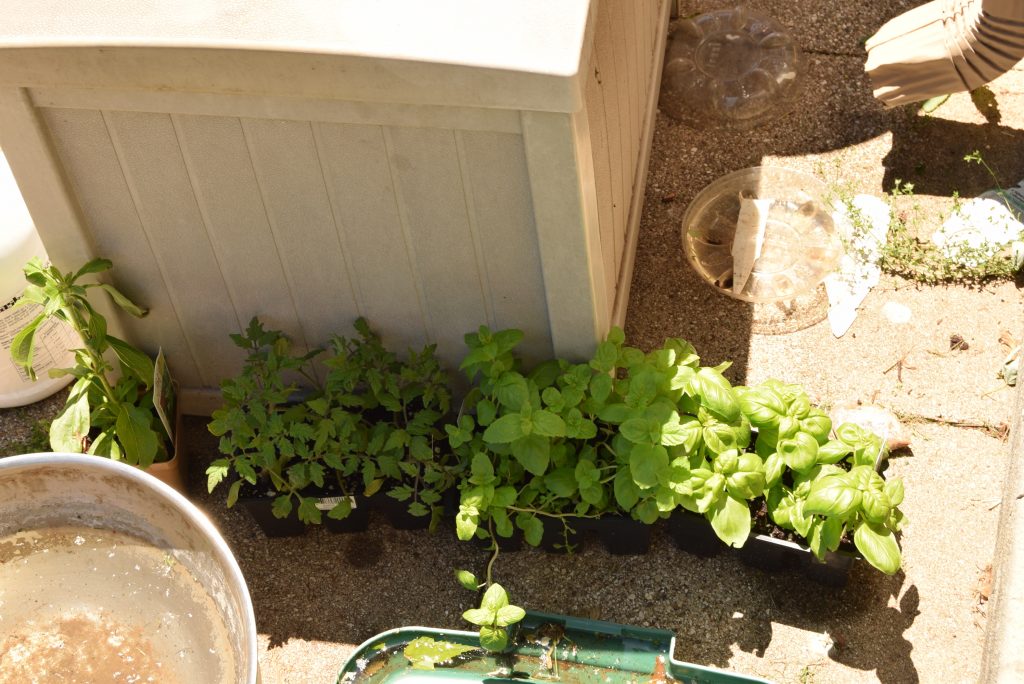